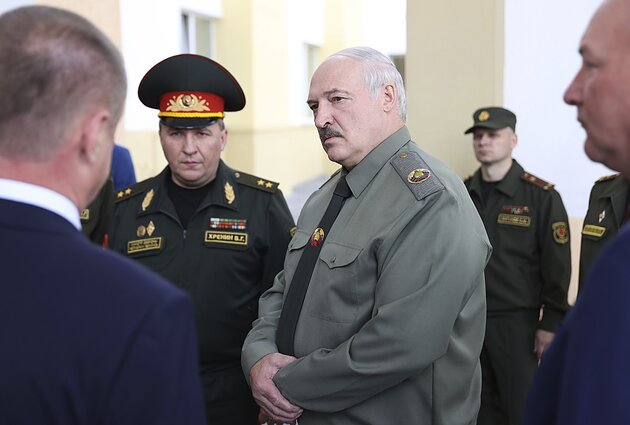 The regime of Alexander Lukashenko is entering the grey zone between war and peace by weaponising civil aviation and migration against Lithuania. Elisabeth Braw, senior fellow at the American Enterprise Institute (AEI), writes for LRT English.

Chechens and African students: the migrant wave from Belarus to Lithuania is taking on ever-new twists. Lithuania is, of course, obliged to house and assess every asylum seeker turning up on its territory, and that’s exactly what President Alexander Lukashenko wants. Lithuania can’t stop him from weaponising migrants – and that’s exactly why Lithuania’s current troubles are so important for its allies to observe. Such innovative tactics in the grey zone between war and peace is bound to come their way, too.

Since Lithuania is not the sort of country that ordinarily receives scores of undocumented migrants and asylum seekers, it was an extremely odd and noteworthy turn of events when, in May, large numbers of migrants started making the journey from Belarus, crossing into Lithuania through wooded areas.

As of July 27, the figure has surpassed 2,700. Even though Frontex, the EU’s external border service, has sent officers to assist their VSAT colleagues, the crossings continue. 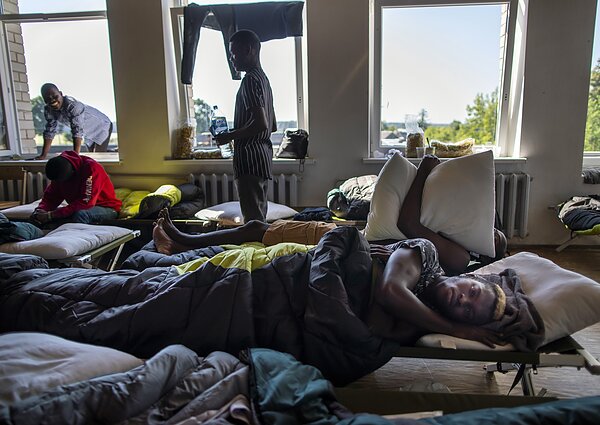 The most immediate one, of course, is housing the migrants while their asylum claims are processed. Countries accustomed to large numbers of asylum seekers, such as Italy, Greece, Germany, and Sweden, would be able to handle another 2,700 applications. Being a country unaccustomed to migrant surges, Lithuania is having to shift resources to this unexpected task.

Another unexpected task is the border fence that Lithuania is now constructing. That’s an added expense, too, but a more urgent challenge is the fact that Lithuania has run out of barbed wire for the fence, having used up the 4.5 kilometre-supply the armed forces had.

“To install concertina wire, we first need to have some. That's the issue. We are now looking for it in different countries that could offer to sell it. They do not produce it in Lithuania,” Vice Interior Minister Arnoldas Abramavičius told the Baltic News Service on July 23.

Lithuania’s allies should be watching its plight with great attention, because Lithuania will need help. But they should also be watching for more selfish reasons, because Lukashenko-style “experimentation” in the grey zone between war and peace could soon come their way. 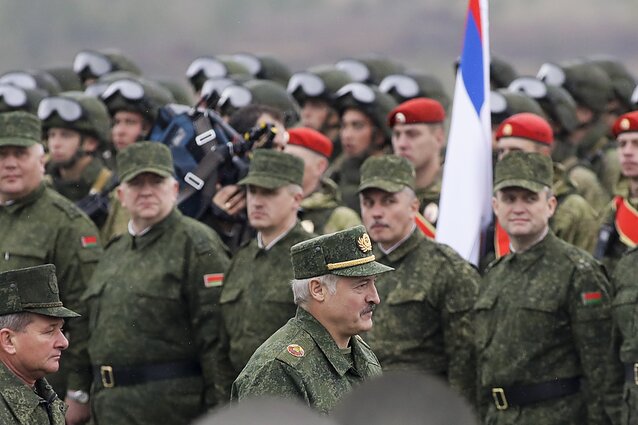 Russia’s Zapad 2021 exercise, which will take place in September, involves Russian and Belarusian troops exercising in Belarus. Indeed, Russian troops have already begun arriving. It requires little imagination to see that Lukashenko might want to use the exercise to intimidate Lithuania.

No, Lukashenko may not target the EU: his beef seems to be with Lithuania, whose government dared to stand up to him after Belarusian authorities diverted Ryanair flight 4978, en route to Vilnius, to Minsk, where they arrested Belarusian opposition journalist Roman Protasevich and his partner Sofia Sapega.

But in weaponising civil aviation and refugees, Lukashenko has broken two taboos in international relations.

He has engaged in state-sponsored aviation piracy, and he has deliberated used migrants from other countries to harm a neighbour. President Recep Tayyip Erdoğan has several times threatened to send to the EU Middle Eastern refugees currently finding refuge in Turkey (under a deal with the EU) to the EU, and last year released some of them to Greece. But Erdoğan hasn’t gone as far as Belarus, which appears to be assisting Iraqis in travelling to Minsk and from there to the Lithuanian border. While asylum seekers pass through different countries on their way to the EU, including their own, no country has so far deliberately fetched them from their home countries.

Now other leaders and regimes, which have been holding back from breaking such taboos, are likely to feel emboldened to use similar dirty tricks to put pressure on Western countries. 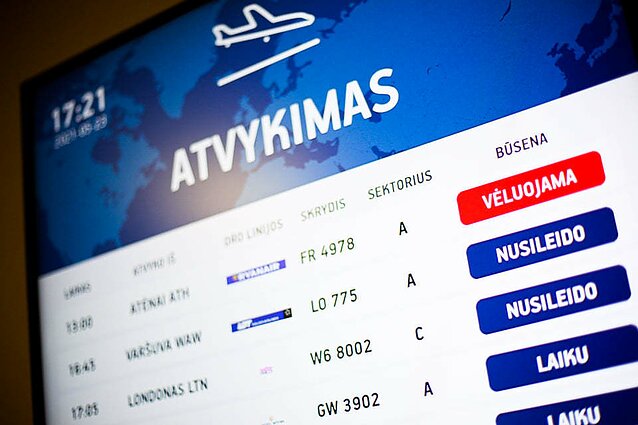 I won’t make such regimes’ work easier for them by highlighting the tools they could use; suffice it to say that many countries could facilitate migrant waves heading to the EU, and many countries could divert commercial airliners, thereby wreaking havoc in international aviation.

It’s impossible to prepare for any crazy idea a regime intent on wreaking havoc might think up. It’s easy, though, to see that relations among countries are quickly deteriorating. It’s also easy to realise that thanks to globalisation, countries intent on causing damage have many more opportunities today than they had during the Cold War.

What Western countries shouldn’t do, though, is try to force regime change upon other countries, even if those countries’ regimes attack the West using dirty tricks in the grey zone.

Sure, the West may have excellent reasons for wanting regime change, and there certainly are a host of worthy opposition activists who could lead their countries with dignity and integrity. The problem, of course, is that a government loses its legitimacy when it’s seen as having been imposed by the West.

But back to the Belarus-Lithuania border. Estonia has quickly come to Lithuania’s aid by promising to send 100 kilometres of concertina wire. Ten other allies have promised support through the European Commission’s Civil Protection and Humanitarian Aid directorate. The European Commission, in turn, will send €10 million, the European Asylum Support Office will dispatch 50 experts, and Frontex will deploy another 60.

Those steps alone should convince Lukashenko that while he has innovative ideas, Lithuania has friends. And the latter wins.

Elisabeth Braw is a senior fellow at the American Enterprise Institute (AEI), where she focuses on defense against emerging national security challenges, such as hybrid and greyzone threats. Concurrently, she is a columnist with Foreign Policy, where she writes on national security and the globalized economy, and a member of the National Preparedness Commission (UK). 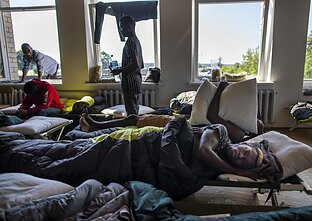 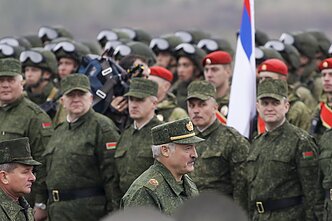 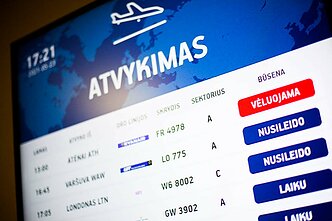 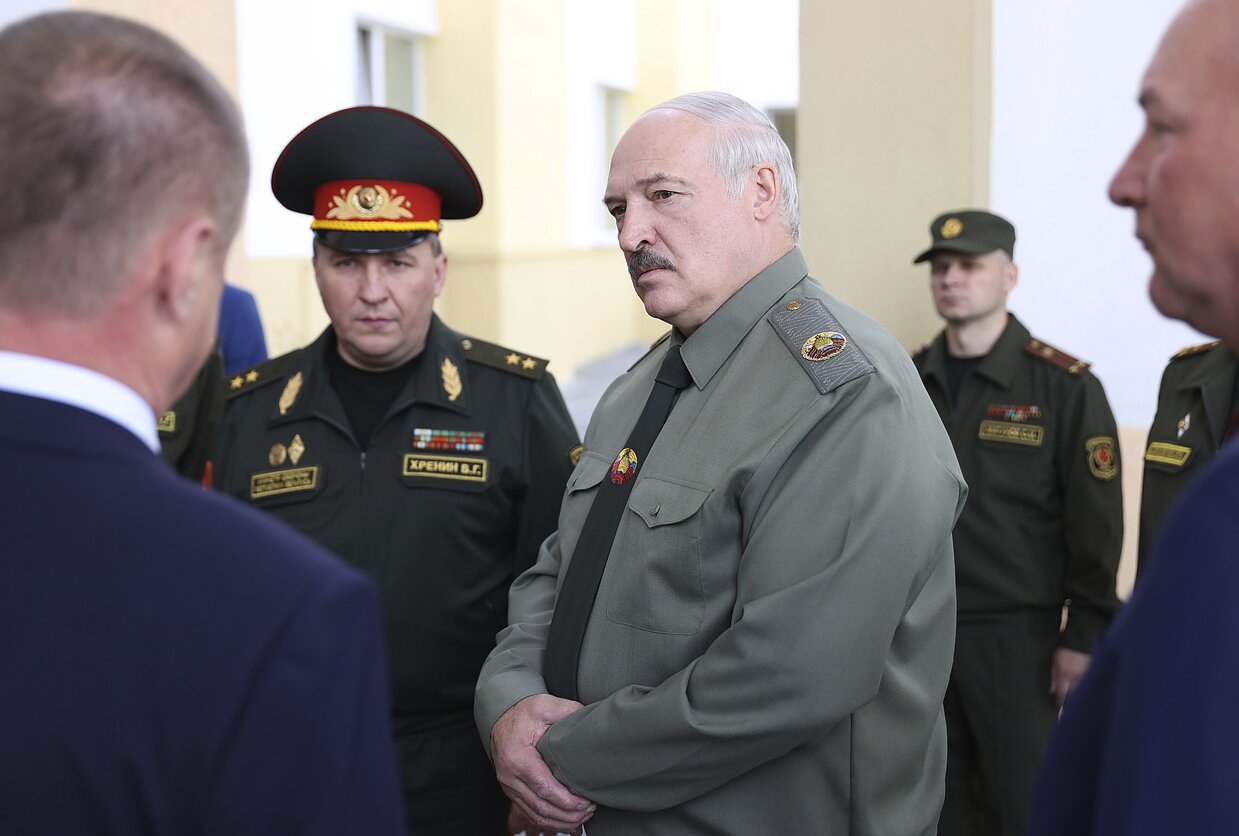 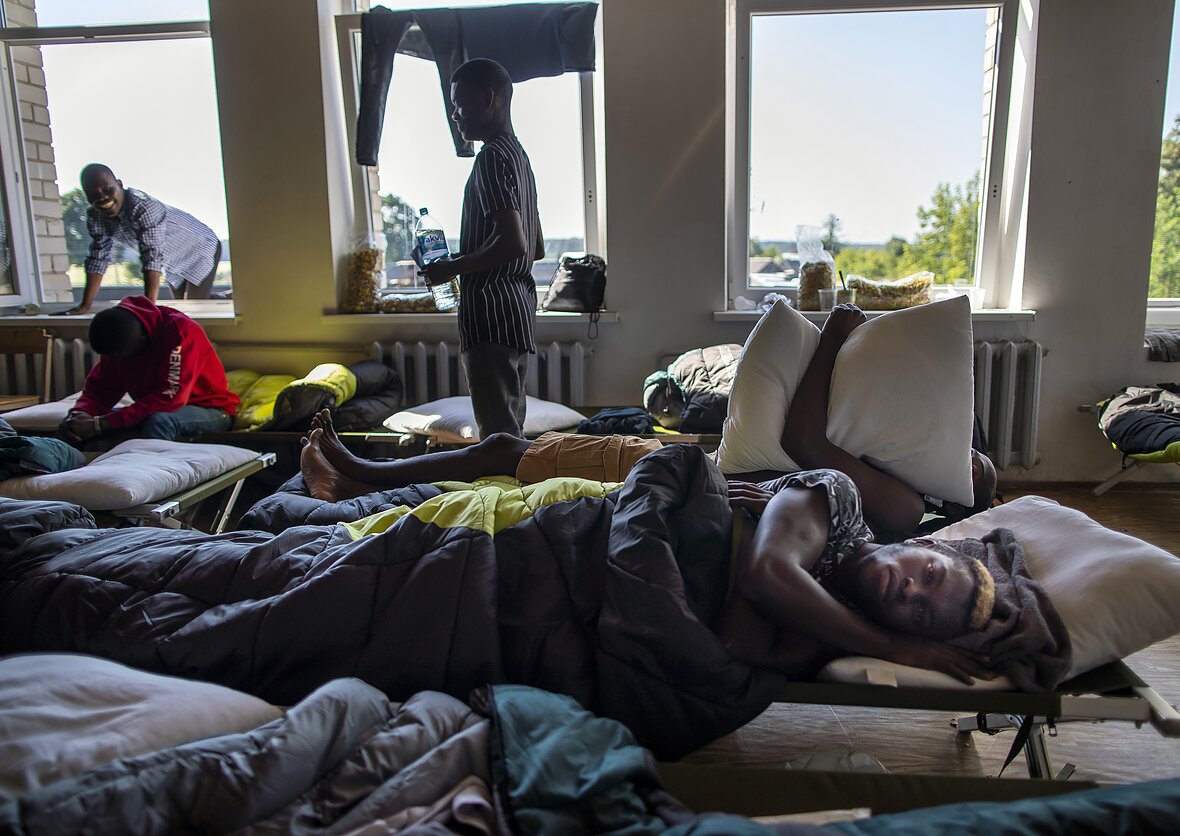 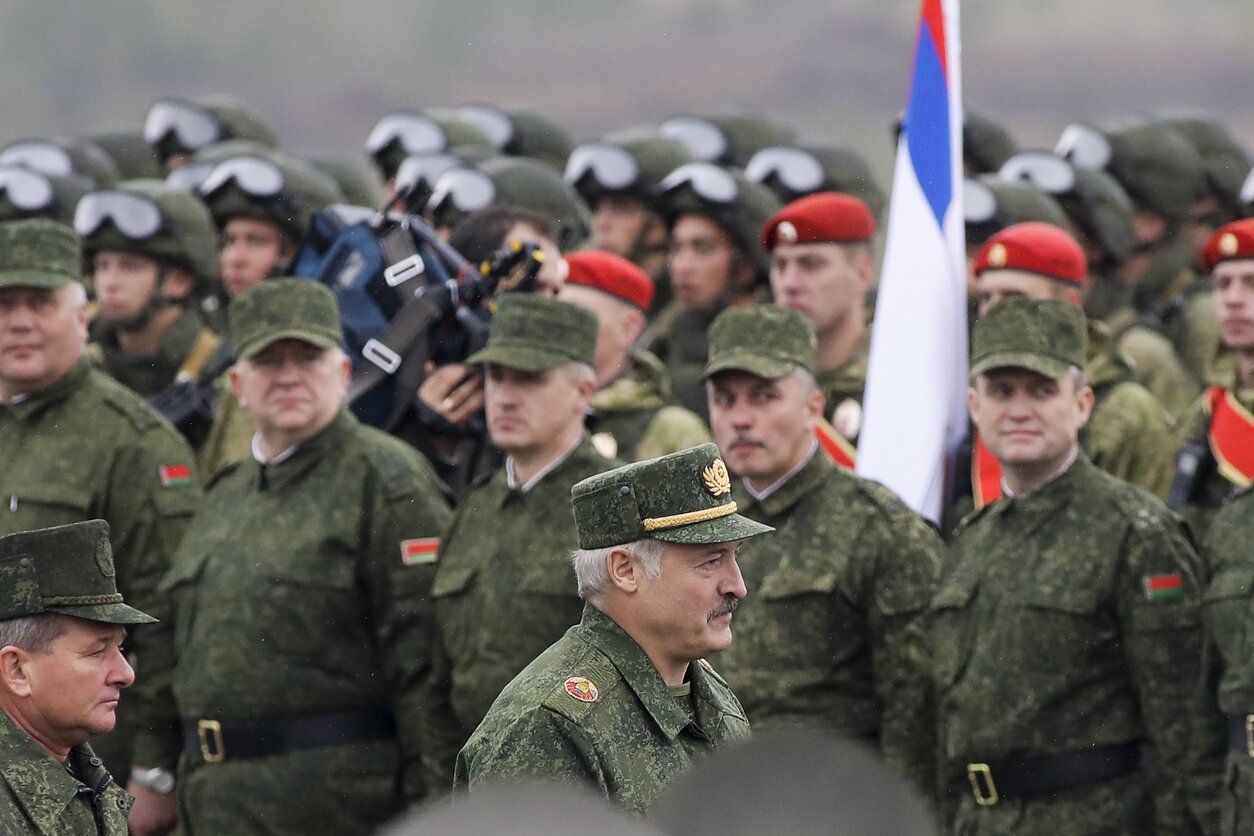 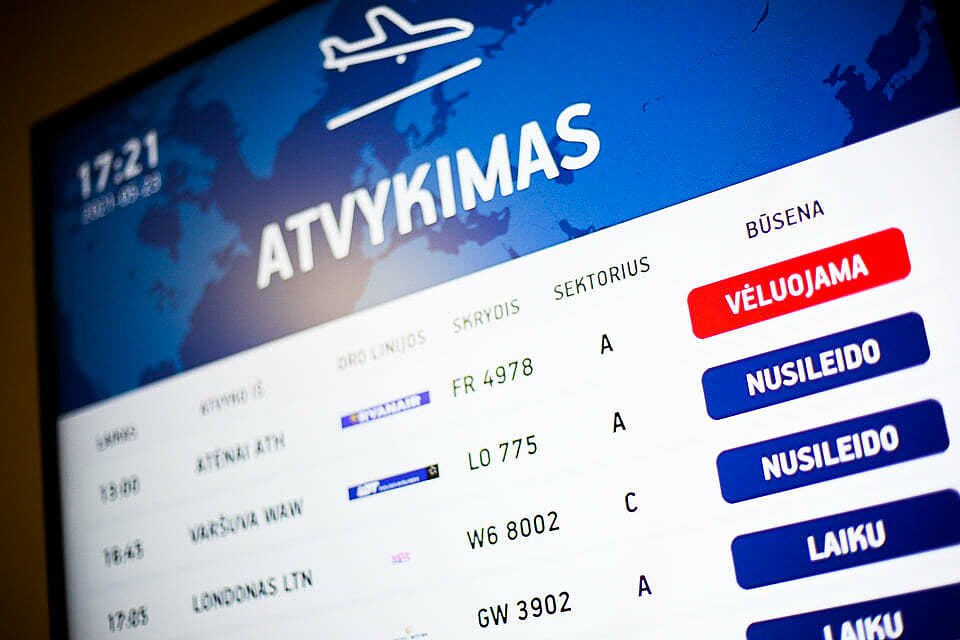