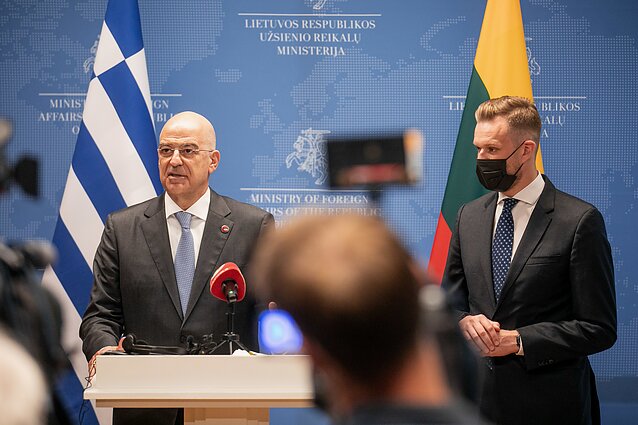 Greek Foreign Minister Nikos Dendias, currently in Vilnius, has pledged to help Lithuania to manage the inflow of irregular migrants crossing from Belarus.

Greece faced a migration crisis in the mid 2010s when asylum seekers from the Middle East started coming to the country via the Mediterranean Sea en masse.

“We can help in any way Lithuania sees fit,” the Greek minister said during a joint press conference with Lithuanian Foreign Minister Gabrielius Landsbergis on Tuesday. “We have the experience of the bigger neighbour pushing, instrumentalising the migration phenomenon.”

Landsbergis said he asked the Greek minister “for advice and technical assistance” since his country “has been dealing with the refugee problem much longer”. 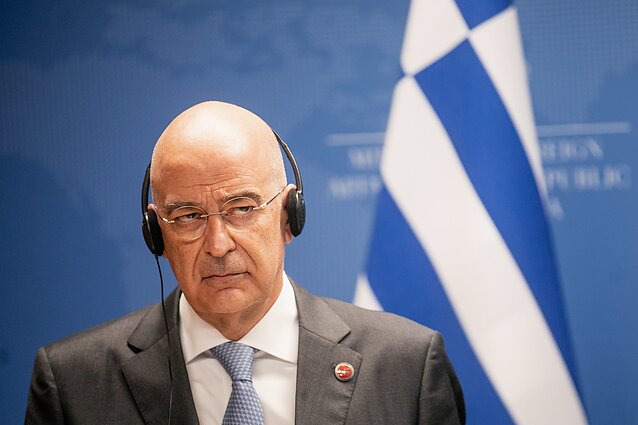 Greek officers could come to Lithuania to consult border guards and officers from the Interior Ministry, Landsbergis said, adding that Greece had a lot of experience in applying EU law when processing asylum applications.

Lithuania has never been the first country of entry to the EU for migrants, Landsbergis said, “and Greece has”.

Lithuania has recently seen a dramatic increase in irregular migration from Belarus, with Lithuanian officials saying that Belarusian authorities are helping migrants cross the Lithuanian border.

Landsbergis claims that the Belarusian government “is actively organising the refugee programme and is using it against Lithuania as one of the hybrid instruments”.

“It means that what we see now can be only the beginning,” he said. “If the figures grow, if the situation continues to worsen, we will definitely need partners' assistance.” 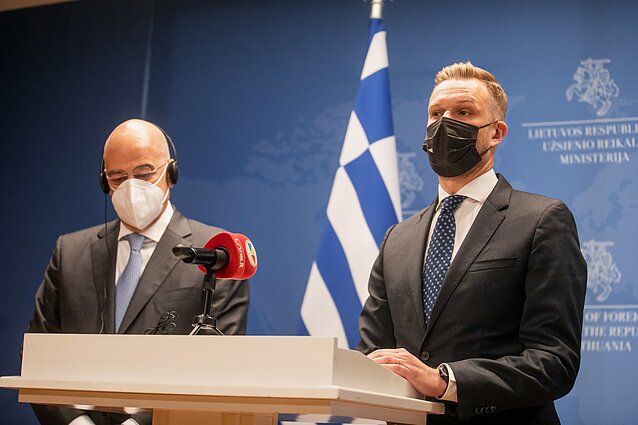 The Greek minister said Athens could send its officers to Lithuania to share their expertise and would also help raise the issue at the EU level.

“This is a European challenge,” he said.

The two ministers also discussed a recent incident when the Belarusian government diverted a Ryanair flight from Athens to Vilnius in order to detain Belarusian opposition blogger Roman Protasevich in Minsk.

Passengers on board the flight included citizens of Lithuania, Greece and other countries.

Dendias described the forced diversion of the plane by Belarus as “piracy”. 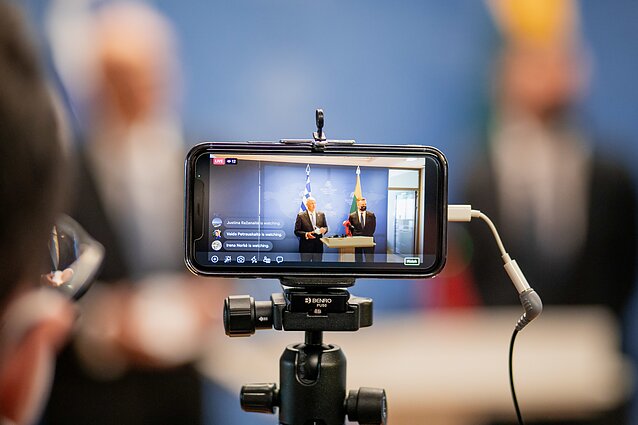 “We are going to address it accordingly,” the Greek minister said, slamming the incident as “totally unacceptable”.

“I totally agree with that,” Landsbergis said.

Following this incident, EU leaders banned Belarusian airlines from flying into the block and also urged EU airlines to avoid the Belarusian airspace.

EU leaders also asked the Community’s institutions to draw up further “targeted economic sanctions” for Belarus and expand the blacklist of individuals and organisations linked to the ongoing crackdown against the opposition. 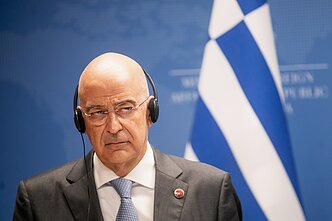 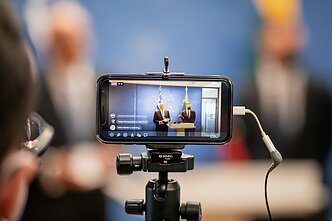 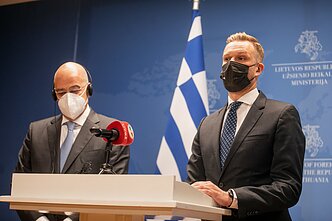 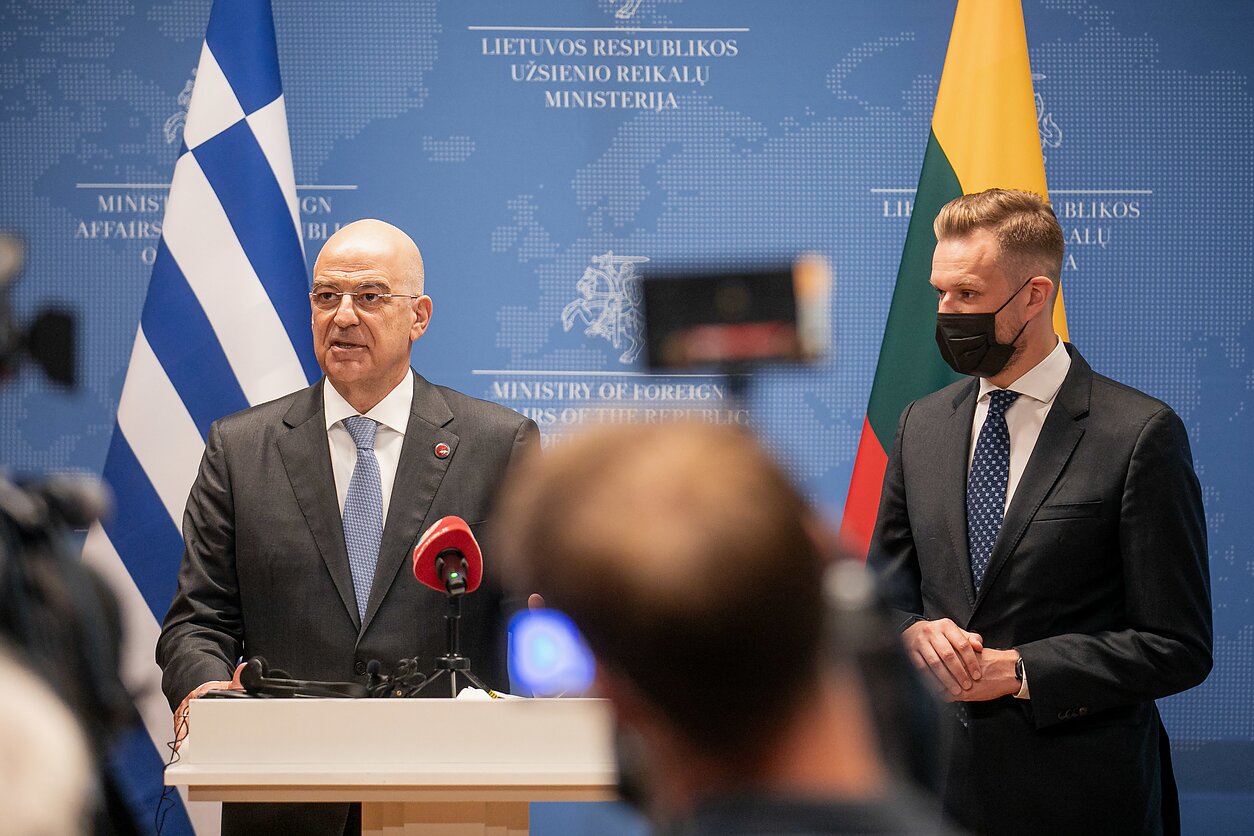 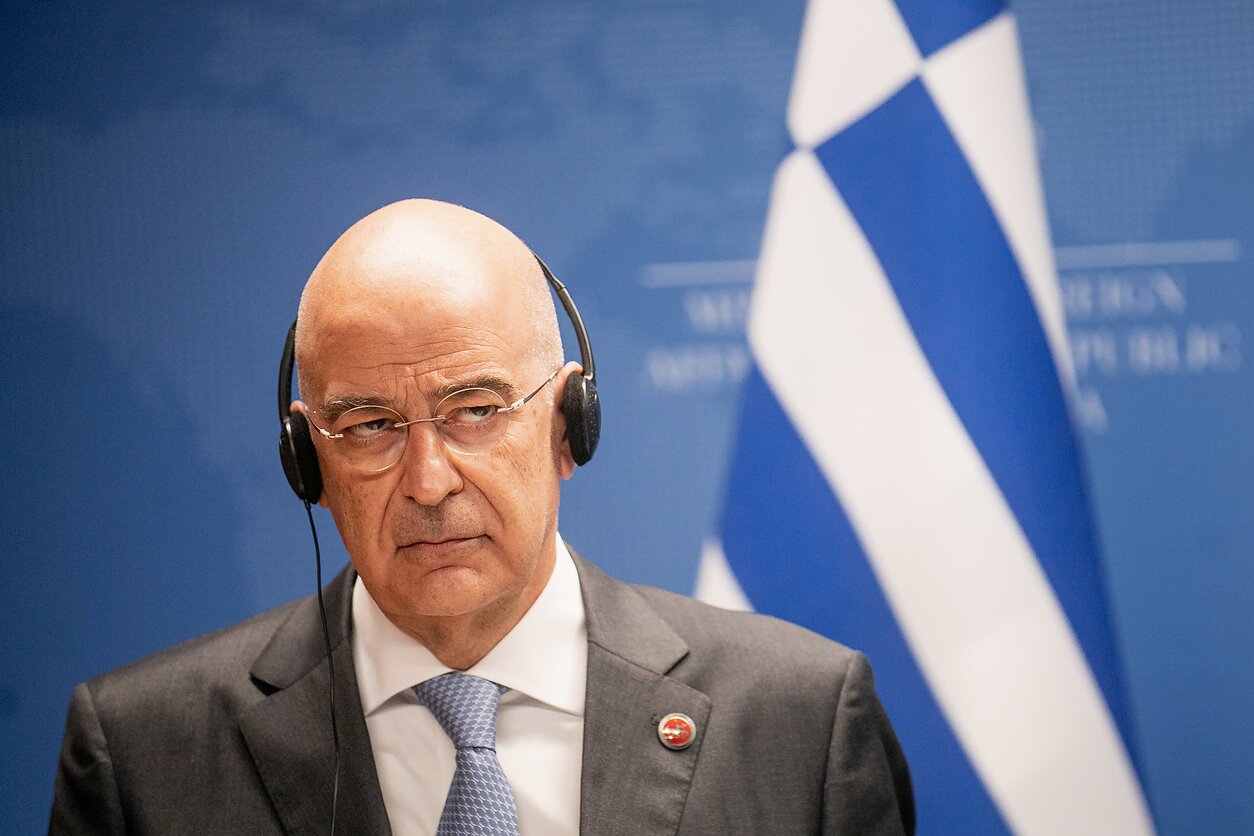 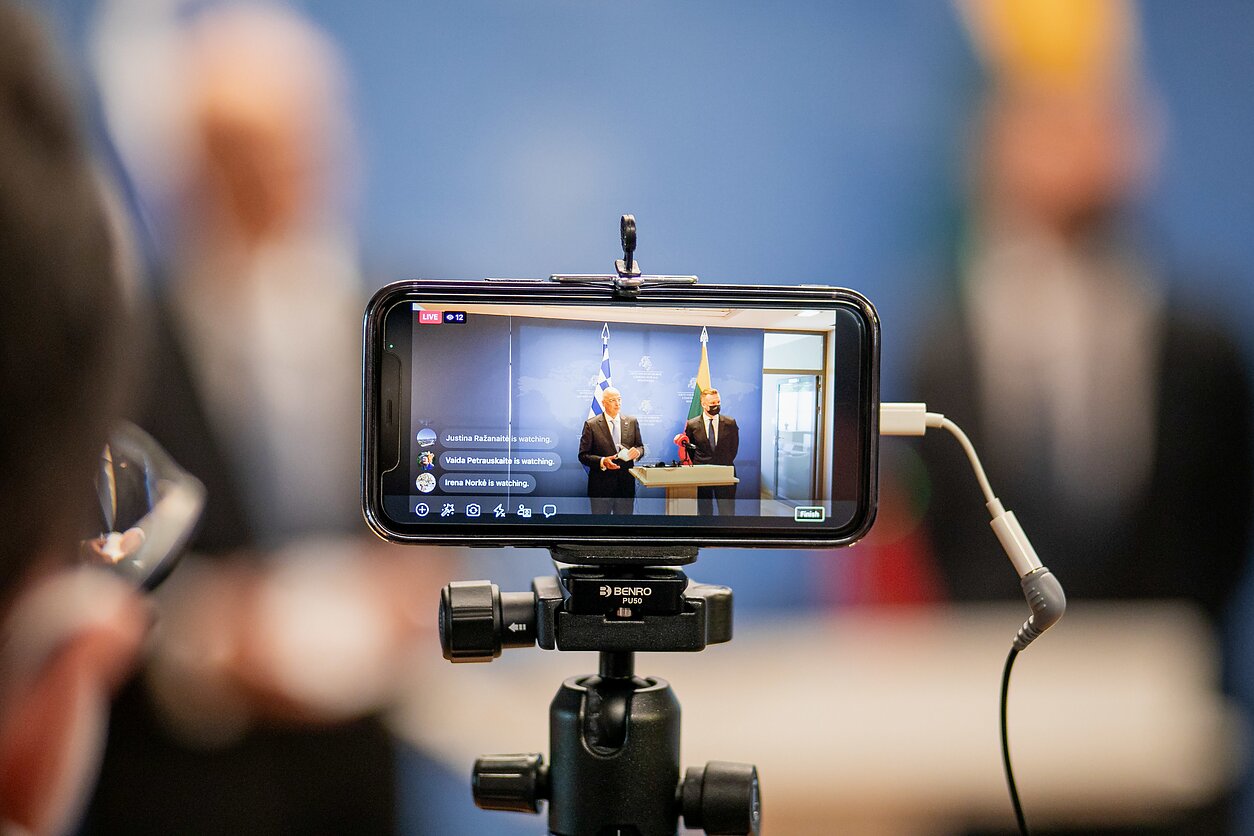 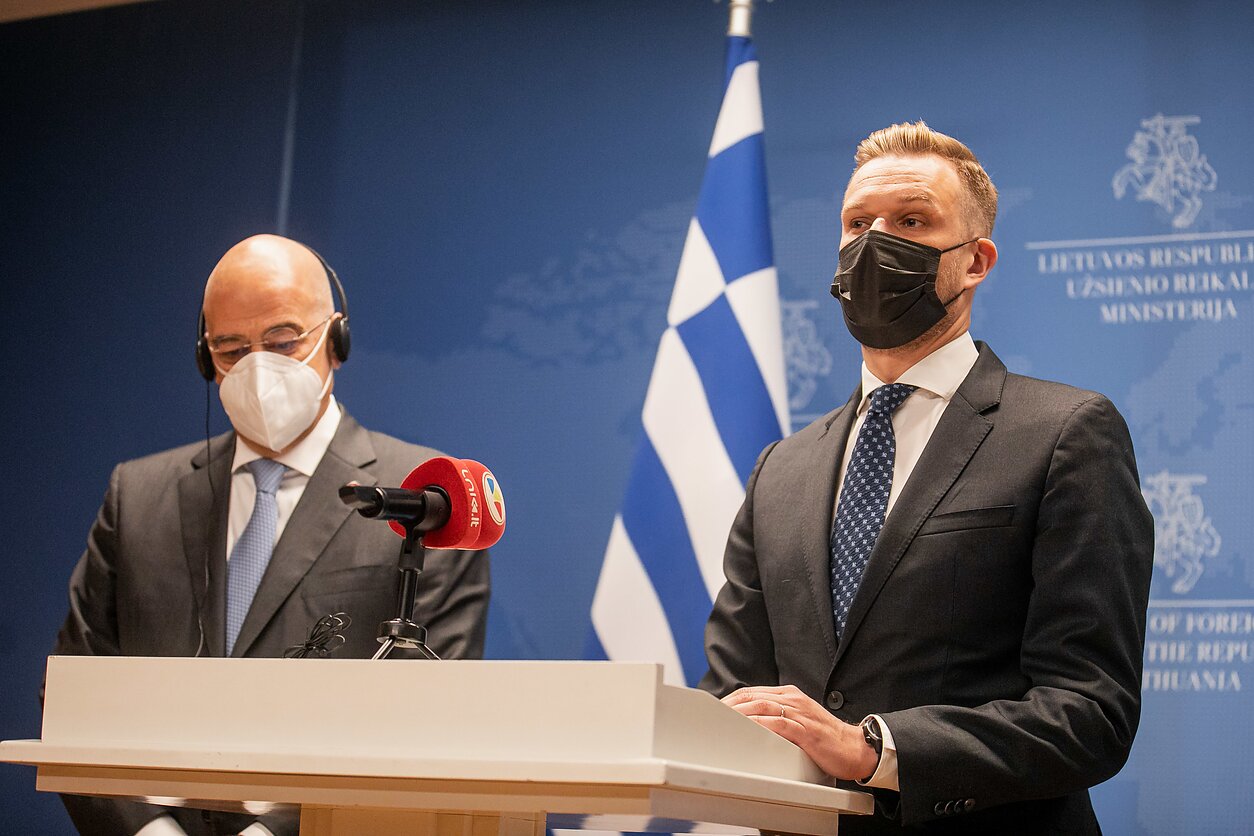