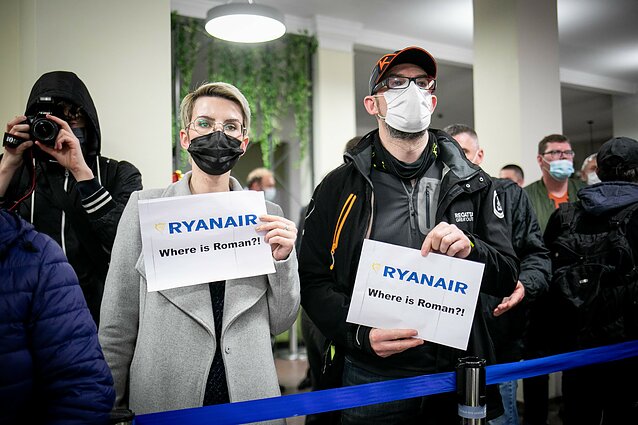 The Ryanair flight that was forcibly diverted to Minsk arrives in Vilnius on Sunday. / E. Blaževič/LRT

The Lithuanian government will seek that Belarus' airspace be closed to international flights after the Belarusian government forced a Vilnius-bound flight to land in Minsk in an “act of state terrorism”.

“Lithuania will demand a clear and uncompromising response from the international community” to Sunday's diversion of the Ryanair flight, the government said in a statement.

“The airspace of Belarus is unsafe for everyone. The EU must take effective measures to protect all individuals, regardless of their nationality, who are at risk from inadequate actions of the regime,” it said.

“Together with international partners, we will work to close the airspace of Belarus to international flights,” it said. “What happened today is an attack not only on Lithuania; it is a signal for the entire European Union and international organisations.”

The statement denounced Belarus' actions as an “act of state terrorism directed against the security of citizens of the European Union and other countries, civil society of Belarus seeking asylum from the regime’s persecution, as well as international civil aviation”.

“It is an unprecedented attack on the international community: a civilian plane and its passengers have been hijacked by military force, and a Belarusian citizen has been abducted, whose life and health are in danger.” 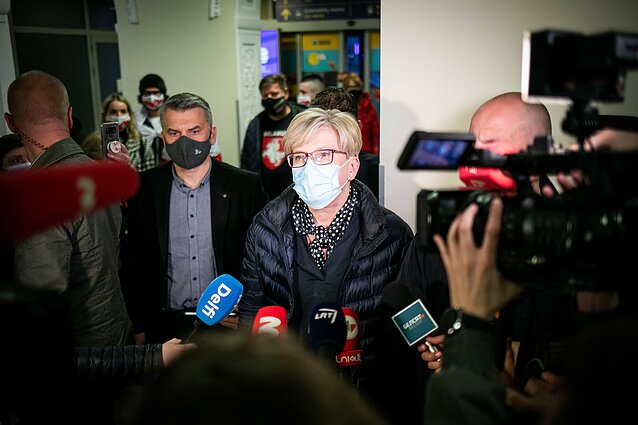 The Lithuanian government decided later on Monday to seek a ban on EU carriers from flying over Belarusian airspace.

"The incident, while unprecedented [...], nevertheless signals a deterioration in the security situation in the region. We want it to be treated this way," Landsbergis told the cabinet.

The country’s met on Monday to discuss supplementing Lithuania's position at the European Council summit this week, following the incident in Minsk on Sunday.

"Minsk's decision to forcibly ground the Vilnius-bound flight has to be considered an act of state terrorism directed not only against Lithuania, but also against citizens of EU and other countries," said Landsbergis.

The Ryanair flight, scheduled to arrive in Vilnius at 13:00 on Sunday, changed course just before crossing into Lithuanian airspace. 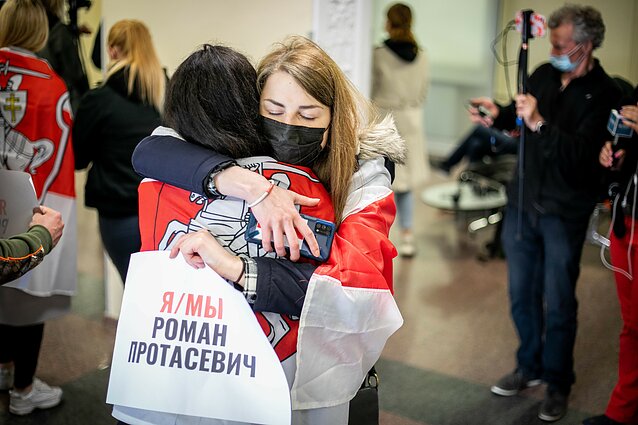 The plane that was diverted to Minsk earlier on Sunday arrives in Vilnius. / E. Blaževič/LRT

The airline said the flight made an emergency landing in Minsk after being notified by Belarus' air traffic controllers of “a potential security threat onboard”.

“Nothing untoward was found and authorities cleared the aircraft to depart together with passengers and crew after approximately five hours on the ground in Minsk,” it said.

Belarus' opposition say that the flight was forced to land in Minsk to arrest one of its passengers, opposition activist and journalist Raman Pratasevich. 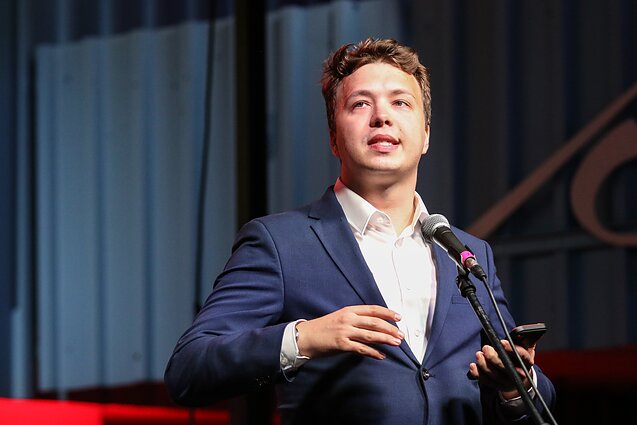 According to Lithuania's authorities, 171 passengers were aboard the Ryanair flight, including 94 Lithuanian, 11 Greek and nine French nationals, and a number of citizens of Belarus, Poland, Romania, Germany, Latvia, Russia, Georgia and other countries.

The flight returned from Minsk to Vilnius on Sunday night.

Leaders of NATO, the European Commission and some EU member countries condemned the incident on Sunday.

Lithuanian President Gitanas Nausėda said that “very serious sanctions” would be discussed at the EU level if Minsk failed to release Pratasevich.

Read more: Inside Vilnius-bound flight diverted to Minsk: ‘the journalist stood up, got very nervous’ 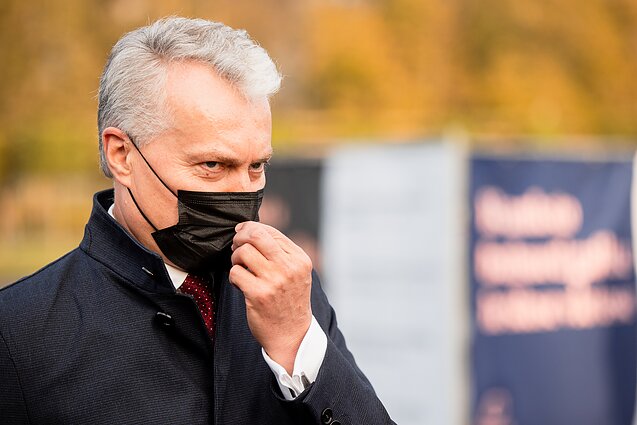 “These include declaring Belarusian airspace an unsafe area for civil aviation, meaning, among other things, that [Belarus' national airline] Belavia planes would lose the right to land at EU and NATO airports,” he told a news conference on Sunday evening.

The president said he would raise these issues at the European Council's meeting on Monday.

On the eve of the meeting, European Council President Charles Michel said the issue of sanctions would be put on the meeting's agenda.

In his words, EU leaders will discuss the unprecedented incident during the European Council, adding that the incident will not remain without consequences.

Lithuanian leaders and leaders of other EU countries also spoke about “very serious sanctions” for the Lukashenko regime on Sunday. 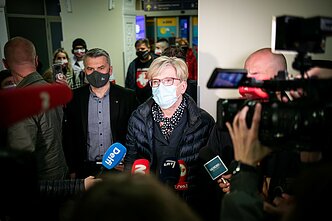 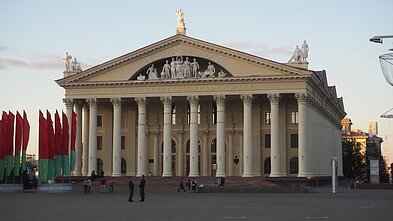 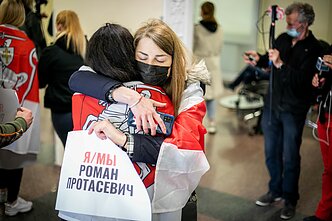 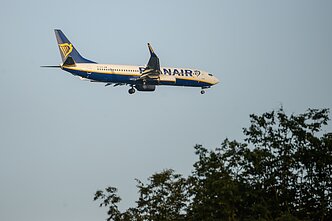 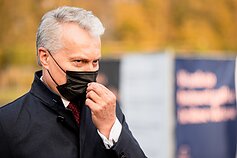 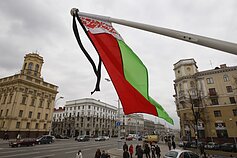 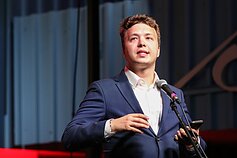 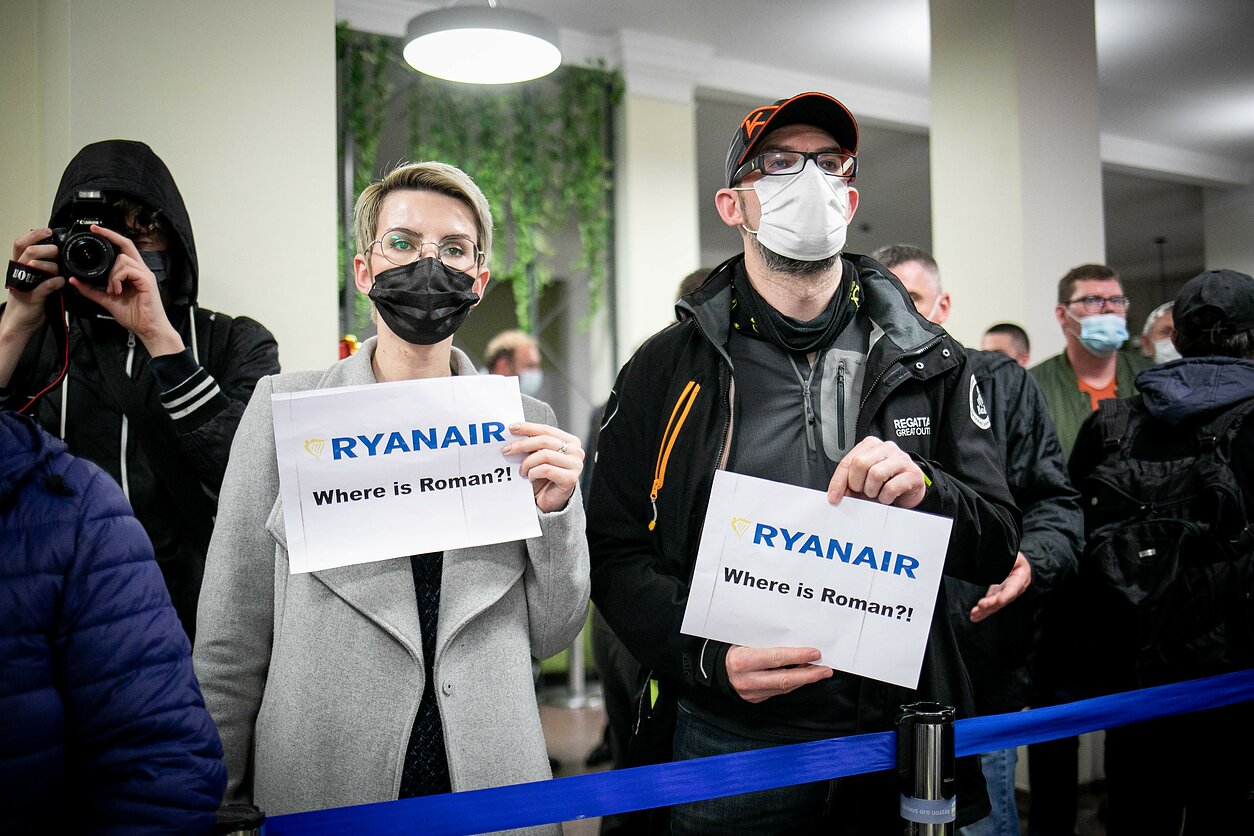 The Ryanair flight that was forcibly diverted to Minsk arrives in Vilnius on Sunday.
1 / 8E. Blaževič/LRT 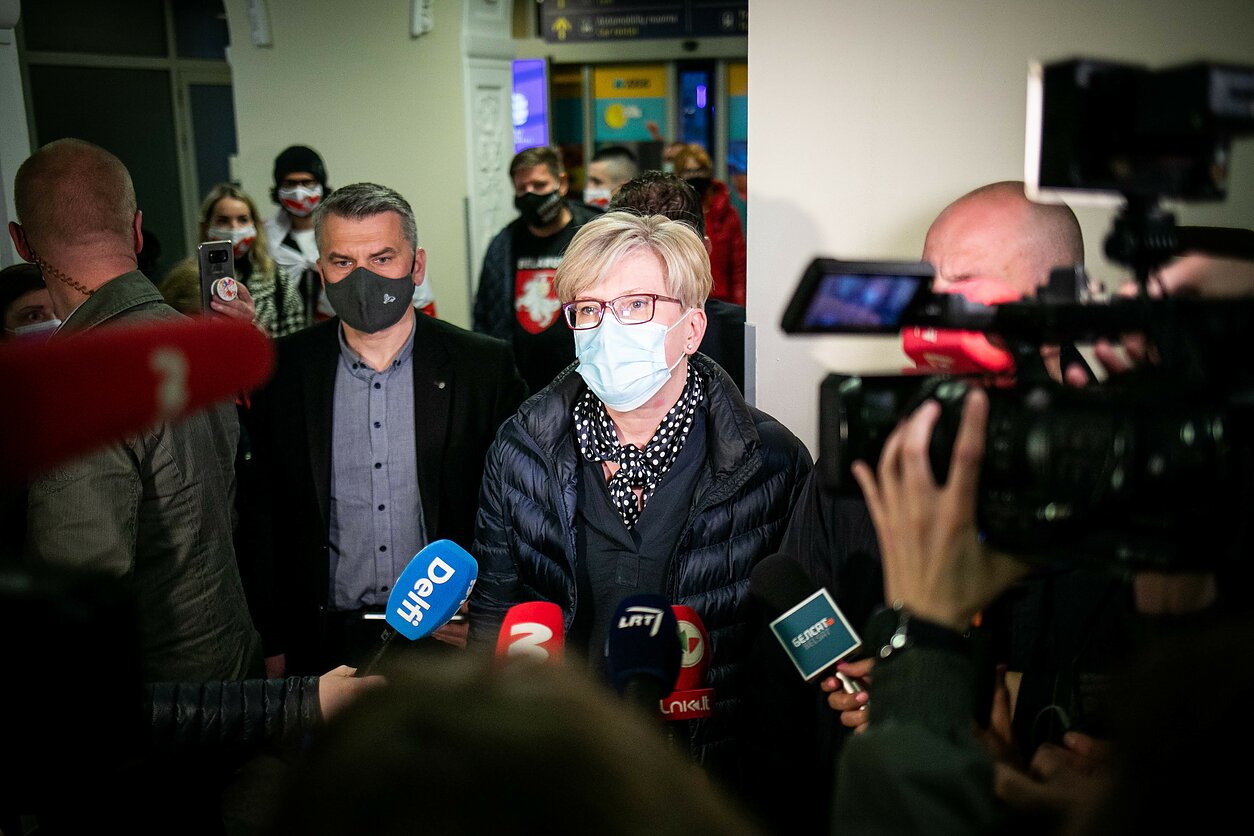 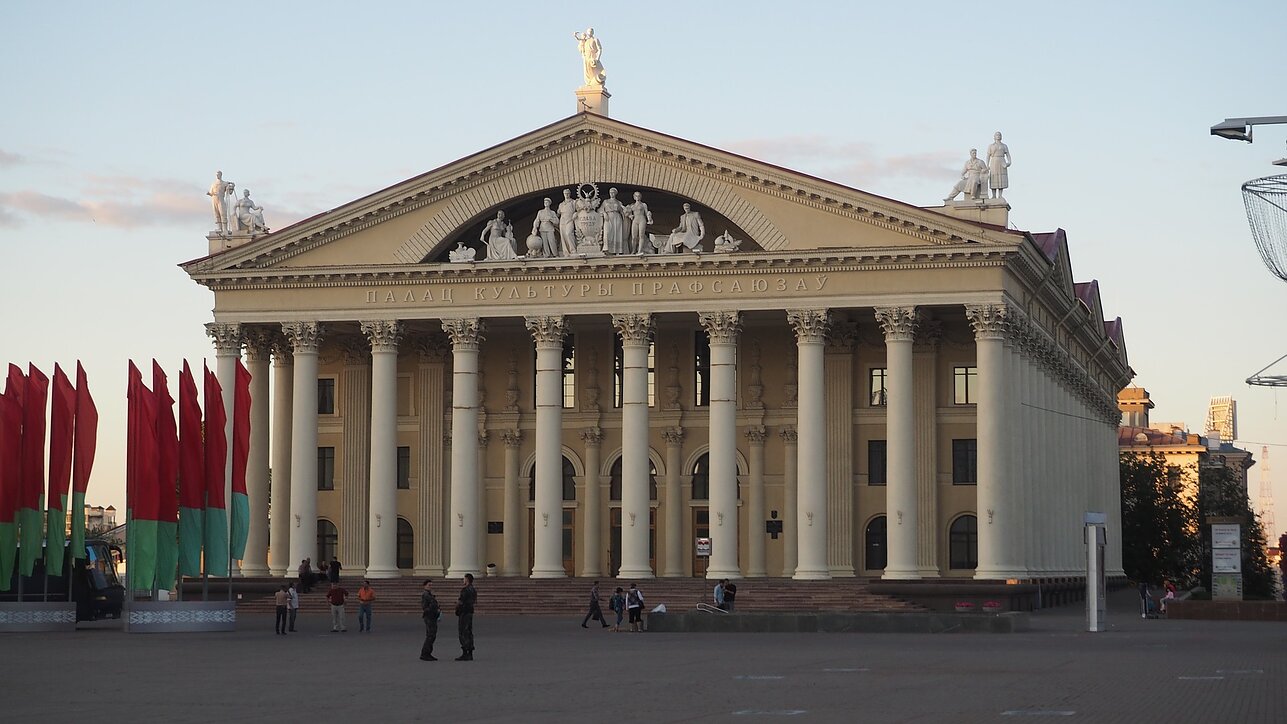 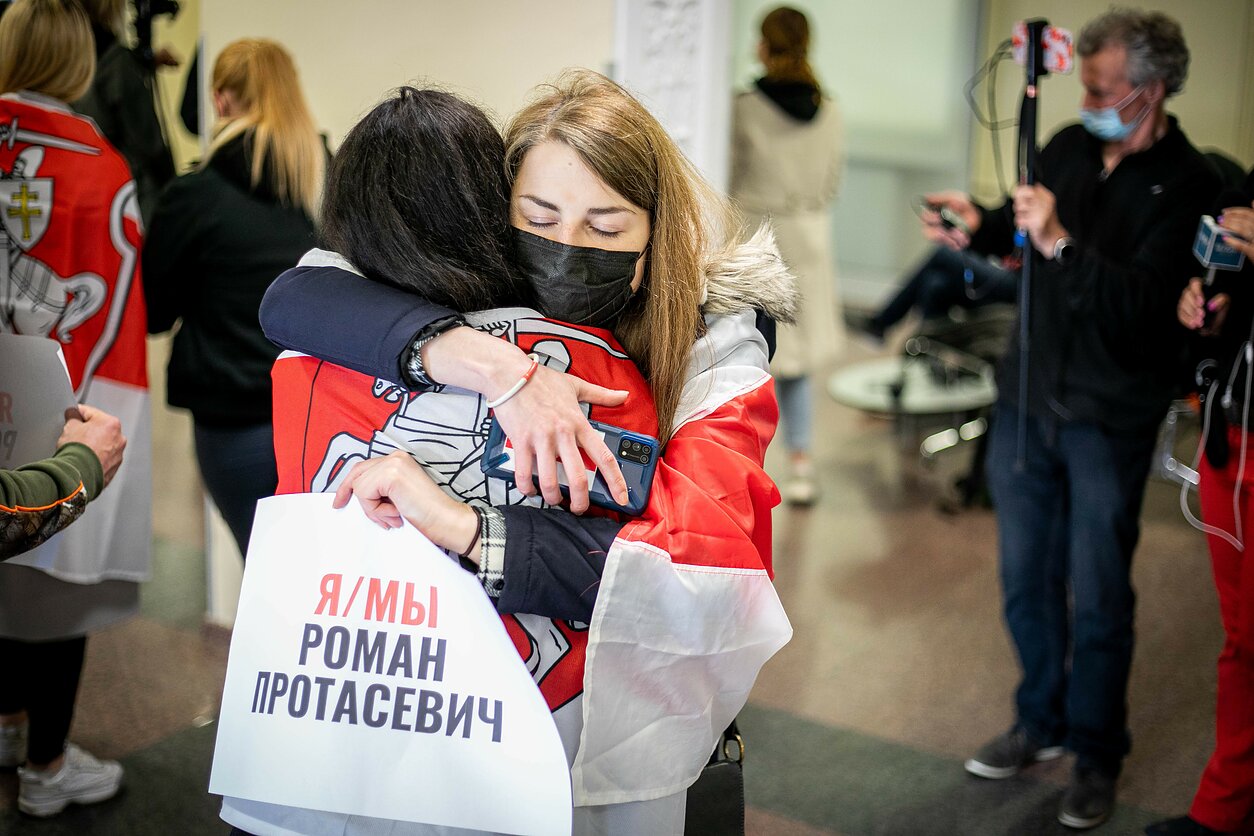 The plane that was diverted to Minsk earlier on Sunday arrives in Vilnius.
4 / 8E. Blaževič/LRT 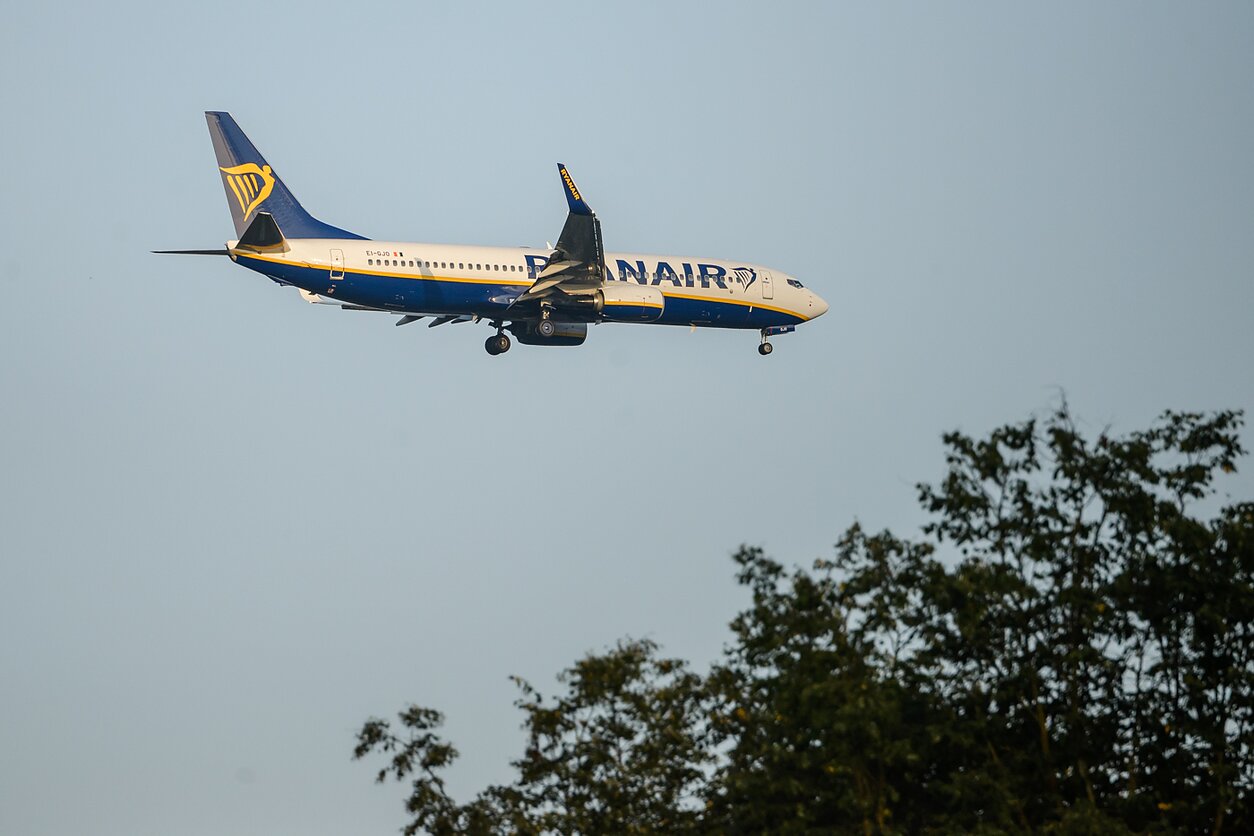 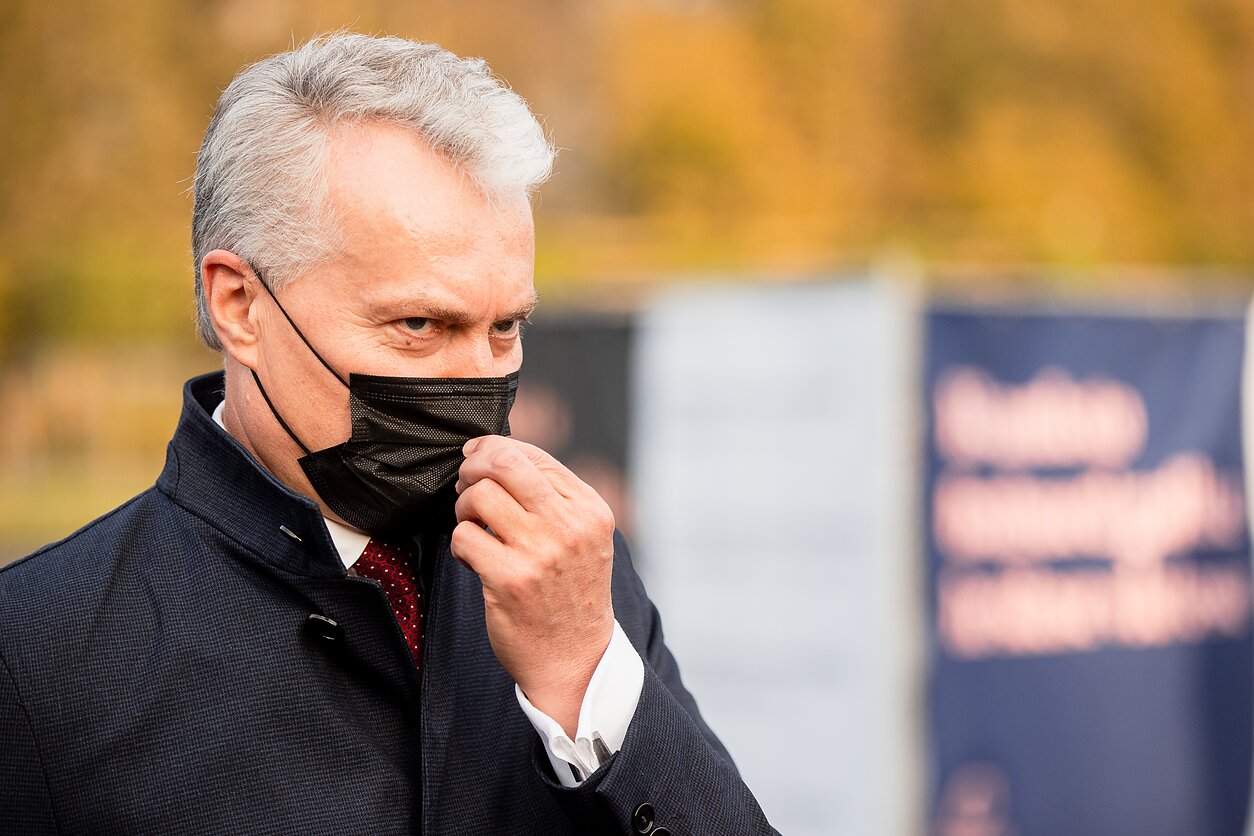 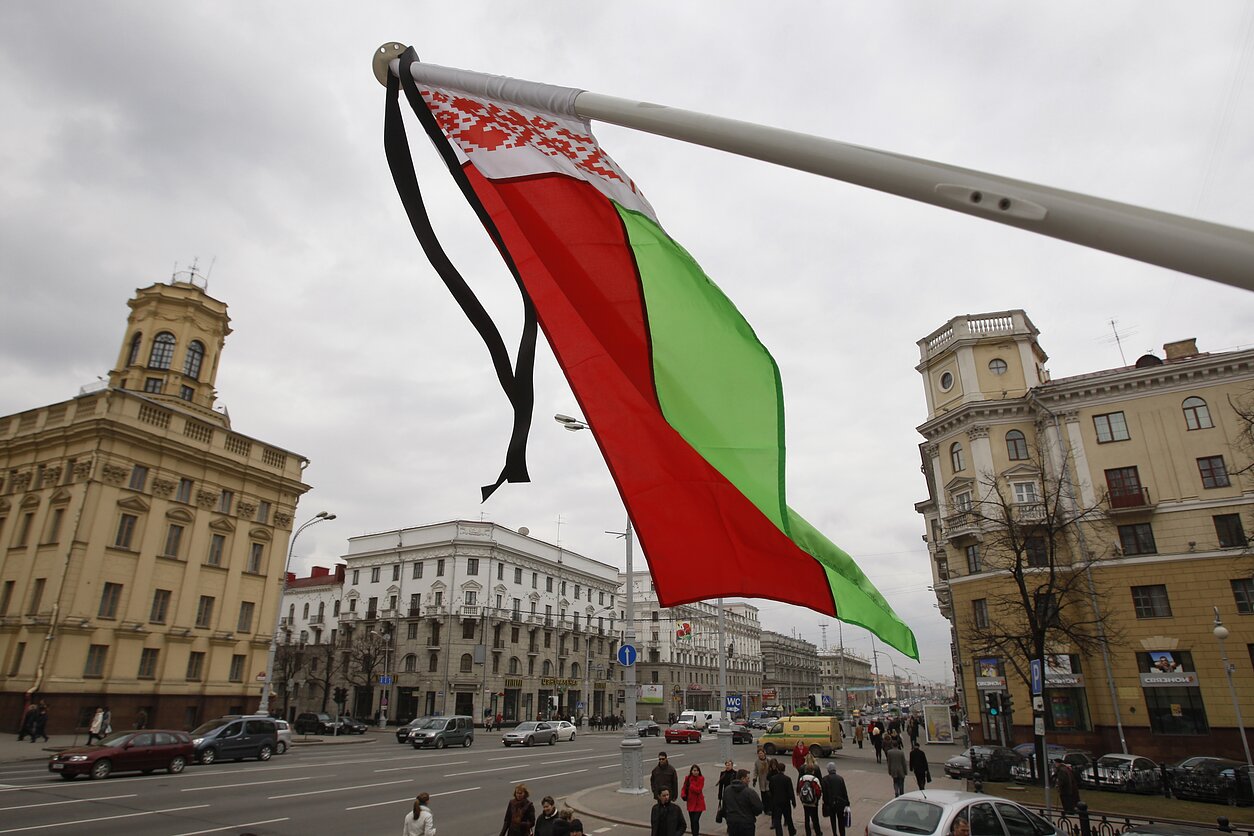 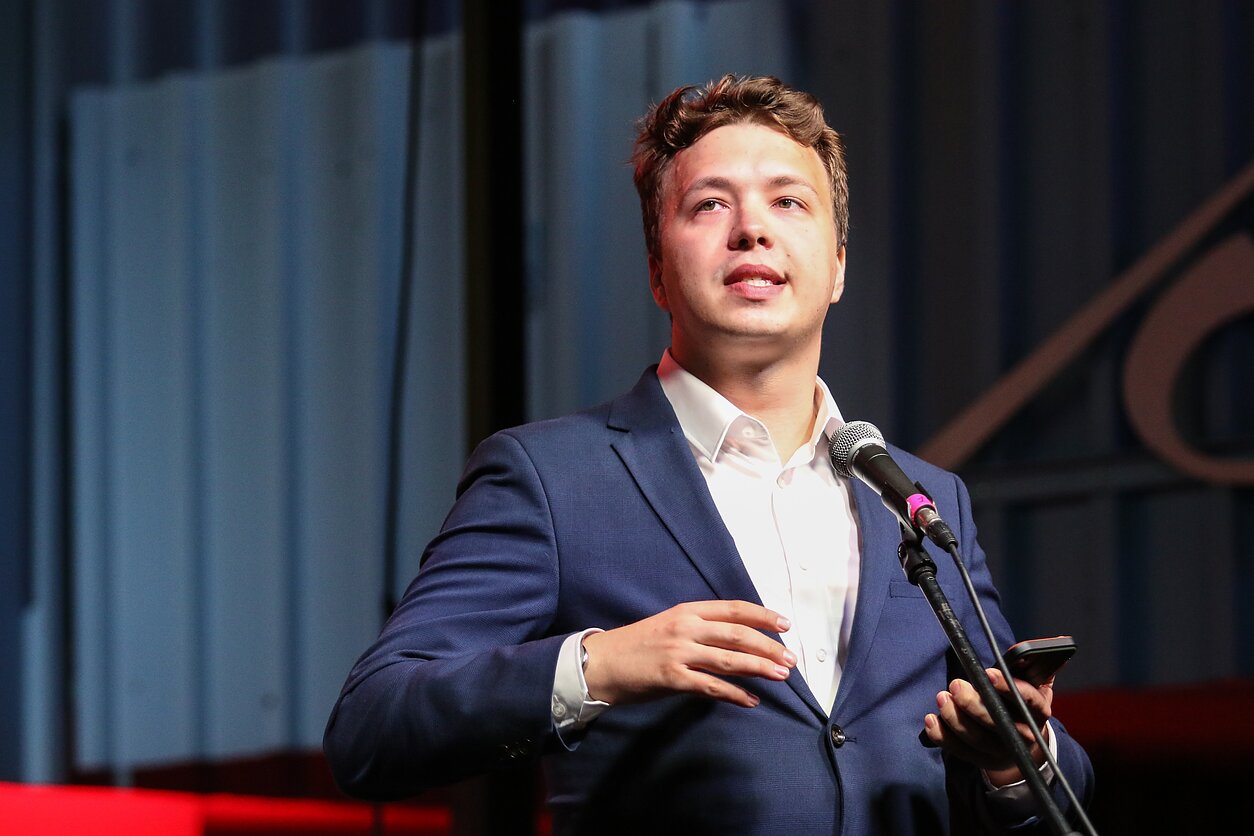