Culture Nerve Podcast. Art for those for whom the church is not enough 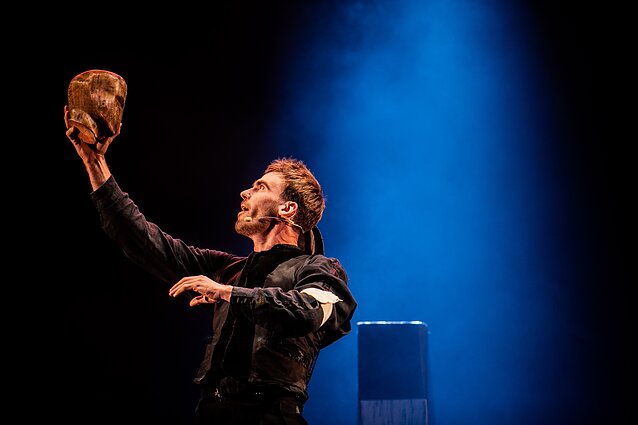 There is a popular saying in Poland that God created theatre for those for whom the church does not suffice. Theatre and religion are two things that Lithuania and Poland have in common. TR Warszawa theatre programme director, playwright Roman Pawłowski discusses these links with theatre critic, head of Jaunimo Teatras in Vilnius Audronis Liuga.

Roman Pawłowski: in 2015, we celebrated the anniversary of the opening of the first public theatre, which happened in Warsaw in 1765. These 250 years were very important for theatre and for the nation, because from the very beginning the public theatre became a public institution – a platform for debating the most important issues. Especially it was important in the time when Poland didn't exist as an independent nation.


From the very beginning, theatre was the place to replace the absent political discussion on issues like independence, identity, relations with Europe, modernization, and the shape of modern society. Theatre in Poland still is a very important platform for debates. But it's also a platform for experiment, for searching new ways of expression. And this is the history of directors and creators from mid-20th century. Creators like Grotowski and Kantor, the avant-garde of the 1950s and the 60s, which really shaped the language of theatre for a very long term.

Today, it's a popular form of entertainment, around 20 percent of the population attend theatres. We sell a million tickets in Warsaw alone. There is this unique system of repertory theatres which survived all the transformation and the changes from 1990s. In Poland, there are 70 repertory drama theatres, three theatres schools and together it's a really strong system subsidized mostly by local governments.

I think I will not exaggerate by saying that theatre in Poland is a kind of a religion. It has no gods but has a mass of believers who are seeking a contemporary metaphysics in theatre. We, the theatre people, try to feed them and feed ourselves with this metaphysic, the need for a different dimension than the contemporary life. 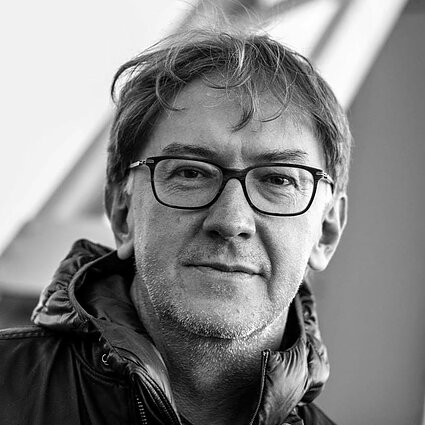 There is this very famous saying that God created theatre for those for whom the church did not suffice. […] I completely agree that contemporary theatre in Poland responds to intellectual and spiritual needs that religion doesn't provide for in contemporary society.

Audronis Liuga: The latest most important works of [Lithuanian theatre director] Eimuntas Nekrošius were in Poland and they were symbolically important for both countries. Artists like Kantor and Grotowski were mysterious artists for Lithuanian directors like Jonas Vaitkus and artists of his generation. The earlier period of Jonas Vaitkus, which was very important in the 80s for Lithuanian theatre, drew some inspiration from Grotowski. Indirect influence of Tadeusz Kantor came to Eimuntas Nekrošius.

These two great artists, world figures of Polish theatre, were also somehow defining for Lithuanian theatre. The successor of Eimuntas Nekrošius in contemporary theatre, Oskaras Koršunovas, has also stressed the importance of Tadeusz Kantor to his work. We can say that no other nation was so close to Lithuania in terms of theatre.

Roman mentioned the word church and religion. The same religion is quite strong in Poland as well as in Lithuania. In some indirect ways, religion influenced theatre because religion during times of suppression was like rebellion for independence. Same as theatre. It was obvious that in the Soviet time theatre was maybe the most political art, because other arts were very much censored. Theatre was also censored, but since it developed its very specific language, it found a way to speak about important politically spiritual matters indirectly. And the message was always received by the audience. 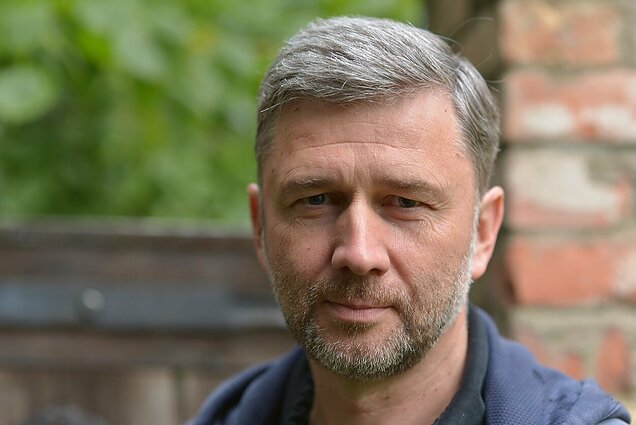 Roman Pawłowski: Yes, absolutely. […] I think that the presentations of contemporary Lithuanian theatre in Poland were extremely important for the development of our identity because in the 1990s, it was very easy to lose our original identity and replace it with some imported German, French or British culture of theatre, but somehow we survived by discussing our identity with our neighbors.

I will never forget my first trip to Lithuania, it was in 1997 or 1998. I went to Panevėžys to a Lithuanian theatre festival. That was the first time that I saw Oskaras Koršunovas’ work, that was an amazing experience. In the end of the 1990s, works by Nekrošius, Tuminas and Koršunovas were important for us to be aware of the pressures of our original culture. That we can also be an empire of theatre.

Are there connections when it comes to playwrights as well?

Roman Pawłowski: The artistic theatre that we practice in Poland is based more on development of the play rather than staging the final texts. We are developing texts during rehearsals, so the dramaturgy is part of a theatre collective. In this post-dramatic perspective, it is not so often that we stage THE text. Of course, we've got absolutely amazing authors, but most of them come from literature. But talking about Lithuanian dramaturgy, obviously we are interested in Marius Ivaškevičius. He has a position in Poland and is widely known and staged with plays like Madagascar. I think that we need more exchange, to learn more about Lithuanian dramaturgy. 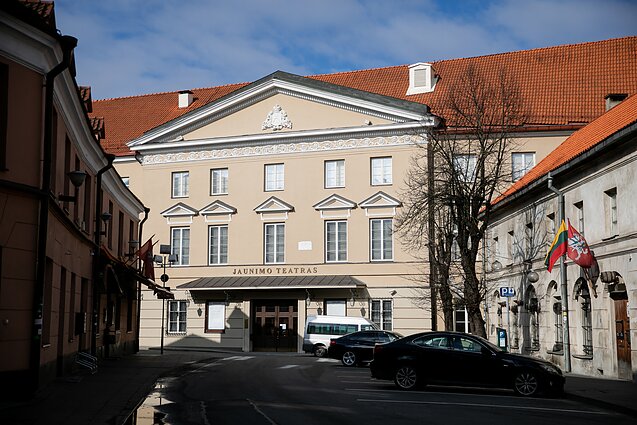 Audronis Liuga: We are living in a new world after the pandemic, in a changing environment which is absolutely unpredictable. Theatre needs to re-shape and re-establish itself. It is a good time to ask questions why theatre should be made, for whom it should be made and how it should be made. And in this term, I think that we are not in this situation when we can say: look, let's commission a new play about this and that. I think we should reconsider essential questions about making theatre, about what it means to be together. What is this new dramaturgy and how it should be developed.

In the beginning of the pandemic, we saw this hectic switch to internet and screens followed by a wave of criticism that theatre on the screen is not the same. What are the greatest lesson of this time?

Roman Pawłowski: I don't think it was a lesson, but definitely there were some very important discoveries that we made during last year. The most important discovery was that theatre is really the first need of the society, along with the whole culture. That was the experience of the first lockdown in March 2020, when there was nothing to do and the only thing that connected people was culture.

In the autumn of 2020, we started to stream in a professional way, we selected performances from our stages. The feedback was really great. We'd never ever gotten so many reactions, opinions, short reviews, emotional feedback from our viewers like during these 16 months of the pandemic.

Audronis Liuga: I'm working with financial affairs in theatre, it is a completely different world. When you are running a theatre and you are responsible for keeping it as an institution. There were situations when we were not allowing ourselves to think about what the best form of art is, we were trying to understand how to survive.

It's not really a good time to reflect on that period because it needs to pass. I can't compare this to Hiroshima or Nagasaki, but it was a catastrophe for the world. We need some time to understand how human brain, empathy and sensitivity work in this case. Empathy is very important here because this is what theatre is working with. We can't just simply go to television or media and say, look, be more empathetic. It doesn't work this way. So how theatre can find its way to develop empathy in society. Because in some cases, empathy was something absolutely forgotten. 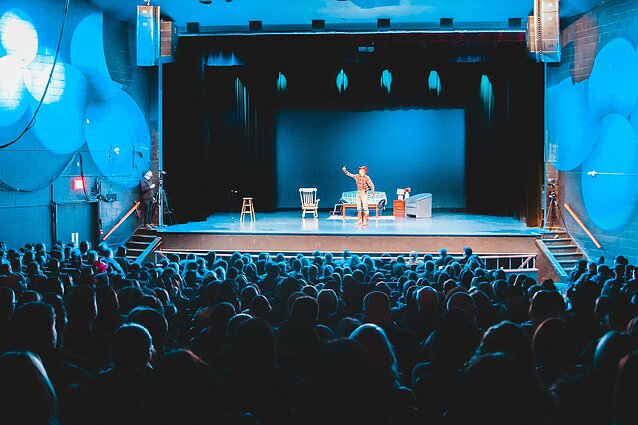 Roman Pawłowski: We changed the philosophy of our thinking. Instead of begging for support, we offered our support to people. Support in terms of therapy through art, a platform of building connections and linking people together. For us it was like enlightenment. Suddenly we understood where we are and what our goal is. At this point I am not interested in competing at all. More premiers, more audience, more festivals is not our goal. Now it is more important to take care of the team that we are working with and the people we are in dialogue with.

Audronis Liuga: I can use one word – slowness. Slowness is something that helps meditate on certain essential things in human life, try to feel them instead of fixing them through running. You need to stop in time to investigate this moment with your brain and feelings. It is a liberating feeling. It really gives you inspiration to communicate with people and your profession. Now, when once again we are coming back to this fastness, I wish not to forget these moments when you really stopped in certain situations during this one year.

Culture Nerve is a series of conversations about culture between international professionals. In each episode, a Lithuanian and a foreign expert sit down for a virtual talk about what matters most in culture. The podcast is created by LRT RADIO together with the network of Culture Attachés of the Republic of Lithuania. 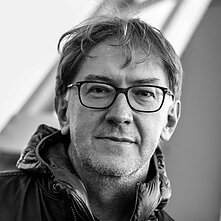 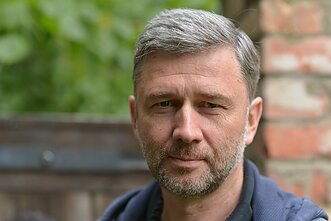 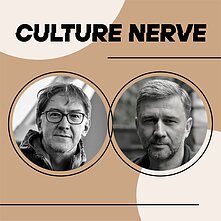 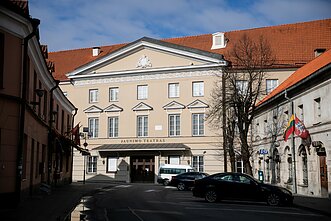 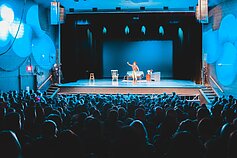