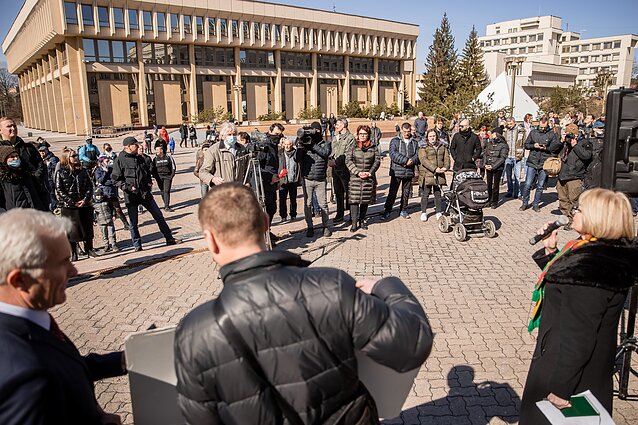 Anti-lockdown protest outside the Lithuanian parliament in March / J. Stacevičius/LRT

The pandemic and lockdown-weariness have exposed seemingly new divisions in the Lithuanian society. Gintas Karalius, a philosopher and lecturer at Vilnius University, says anti-lockdown protests and proliferating conspiracy theories say a lot about the state of Lithuanian democracy.

Who are the people protesting quarantine restrictions?

Politics, particularly in a democracy, is a matter of emotions, not rationality. In democracies, the sovereign power is held by ‘the people’ in the most general sense. One must appeal to the emotions of the people; this is when they feel heard.

This is when the competition starts. Different sides compete who will evoke emotional response from the largest number of people for their cause.

One can say that 2 plus 2 equals 4, while someone else will insist it equals 5. If the latter can establish an emotional connection with the public, their position will prevail. The Brexit referendum is a great example of this. 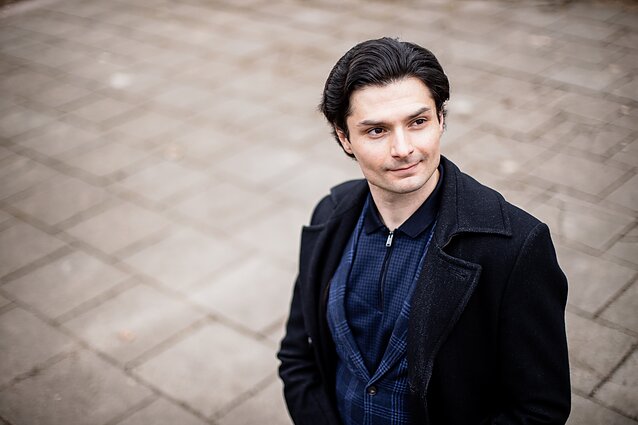 In China or Russia, protests are few and far between, this is not the case in the democratic world. Rationality means the rule of law and division of power, elements that come from political systems other than democracy.

What is more, rationality itself is seen as a form of enslavement. Democracy and capitalist economics are reduced to supposedly undeniable facts, the rule of expertise, which has come to be forms of domination. This explains the rising number of anti-vaxxers and flat-earthers.

Michel Foucault calls this biopolitics. In 1976, he claimed that medicine had become the most political of sciences. We see this now with the World Health Organization. Barely known prior to the pandemic, it is now telling the world what to do.

There is also a socioeconomic explanation, well summarised in Fight Club. Ninety-nine percent of us will not become millionaires, football stars, Nobel prize winners, successful entrepreneurs or inventors. But since childhood we are being told we must achieve all that. If you are not successful, you are made feel ashamed of yourself. Shame helps maintain control.

People feel betrayed by the current system. They can’t argue their position without immediately being called losers or radicals. You work hard, try hard, and you do not get what you have been promised since childhood.

The socioeconomics of capitalism lead to an angry crowd that is upset with the system they cannot change. 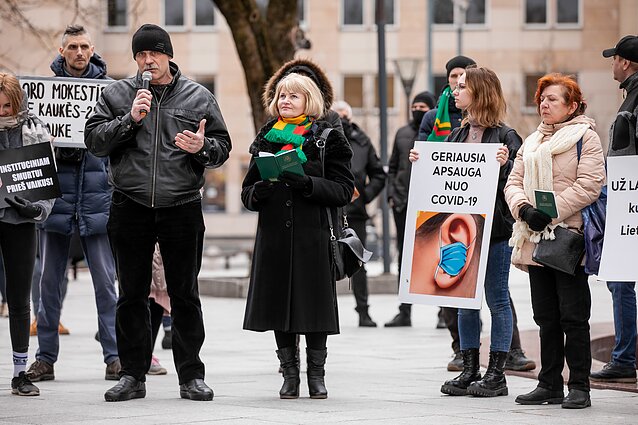 Collective identity plays an important role, too, especially when there are economic problems and a crisis of rationality. National identity is not enough. Social media makes it easy to become part of a community: all you need is to agree to an opinion, and you are welcomed.

When interrogated, many anti-maskers or anti-vaxxers would admit they agree with the general idea or point of a conspiracy theory, but not necessarily with everything that it states. You do not need to approve of everything; as long as you agree with the basic idea, you belong.

People who stormed the US Capitol were not some neo-Nazi skinheads. They were teenagers who spent their lives glued to computer screens, middle-aged men who cannot find their place in society, and generally eccentric people. They all found their collective identity on social media. 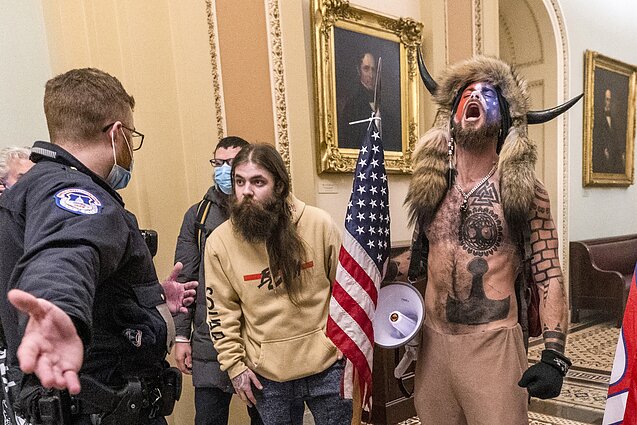 It's interesting that people were filming themselves participating in the riot. It’s like they need social media to remind them they are there.

Curiously, the reality we see through our screens becomes more ‘real’ than actual reality. When put on screen, all the emotions, rationality, and collective effort seem to fall into place nicely and create a false sense of progress. That is not actually the case; you work hard, but the result is not there.

The scary thing is that we are freer in virtual reality than the actual one. It is a simulation of freedom; you can make yourself look like a videogame hero. That is a sad reminder of how little freedom we actually have.

Should we then expect the same kind of riots outside our parliament building? 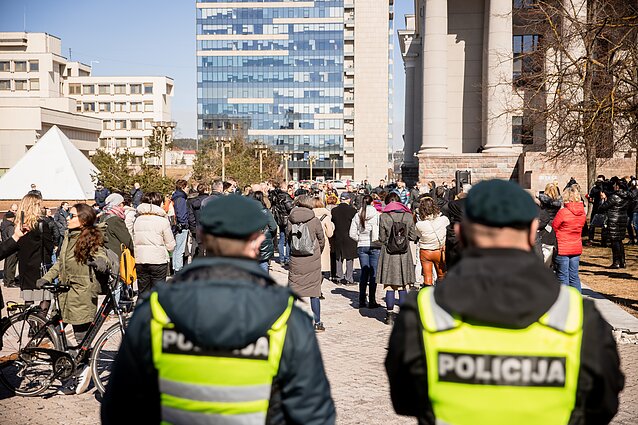 Anti-lockdown protest outside the Lithuanian parliament in March / J. Stacevičius/LRT

There may come a point when we'll start rioting over something that happened in another country.

Some communities, especially the radical right, have successfully exploited this logic. They find it easy to identify enemies, be they immigrants, ethnic minorities, or marginalised groups.

Anti-lockdown protests have highlighted how blurry the political spectrum is in Lithuania. Someone who opposes state control should, in theory, identify with the left, yet they wave Lithuanian flags and claim to stand for traditional family. What has happened to ideology?

The political left and right are also part of the screen reality. They are no longer sets of ideas, nor class identities; historically there was never such a thing in Lithuania. We expect consistency from of our political parties but, in the end, he who presents a more engaging narrative is the winner.

Right now, ideology is like a sub sandwich: you pick and choose all the ingredients. Protesters defending traditional families used Nazi graphics in their banners, with the Lithuanian flag as background; I wonder if they had any idea what they were doing.

The Lithuanian flag was painted over an LGBTQ+ rainbow flag in an underground passageway in Vilnius, and now protesters defending traditional families are organising a rally. Has the flag lost its meaning?

It is a convenient symbol of unity for many people. Anyone with something to complain about, whether they lean left or right, can identify with it.

Of course, it is sad to see it used like this. At one point our coat of arms, Vytis, was a popular sign, though it might be too complicated to paint on a wall. 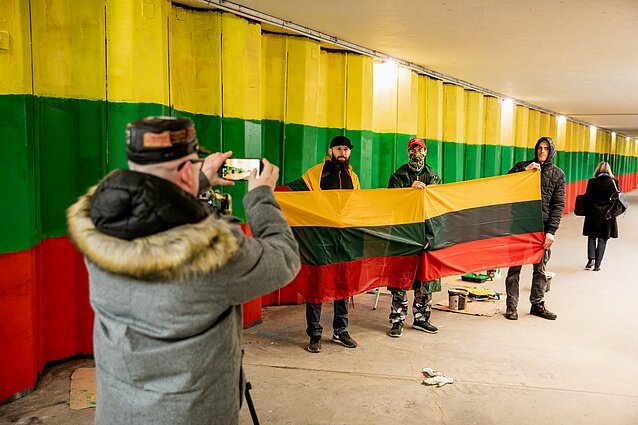 Lithuanian flag painted over an LGBTQ+ rainbow in an underpass in Vilnius / D. Umbrasas/LRT

You say that politics needs passion and emotion. Why can we no longer believe in just staying patient and united to help doctors deal with the health crisis, like we did a year ago? Why are we so weary?

Science is not a thing of passion. Science can be wrong; it adjusts hypothesis in light of new findings, it analyses and draws conclusions. You need to wear a mask one day, and no longer the next day; one day the AstraZeneca vaccine is safe, the next day it is not. Science is based on experimentation, it cannot provide one single truth.

Can science hold the same authoritative power? I hope not, because crimes can be committed in the name of science much like in the name of religion. One can base totalitarian systems entirely on biopolitics. It would definitely be safer out there if we spiked the water supply with sedatives: people would be calmer, resulting in less crime. One can prove that scientifically.

Political leaders should be the ones with this kind of authority, and they should not pretend that they know everything. They should propose ideas, seek to convince people, and speak the truth, no matter how risky.

The worst that a politician can do when addressing a frustrated, weary society is lie. It might work for some time; for example, Donald Trump is a chronic liar, and some liked that. For a short time.

What about our own Lithuanian politicians?

The previous government set a low bar, with arrogant, disrespectful politicians who spouted pseudoscience and failed to listen to anyone. It was a collection of all the worst traits a democracy could have, where the majority disregarded the minority and claimed it should be this way. It was a democracy in which the minority was to obey the majority.

Meanwhile, little has been done by the current government. I think they rely too heavily on ever-changing scientific facts. It is clear that neither them nor science know the truth. 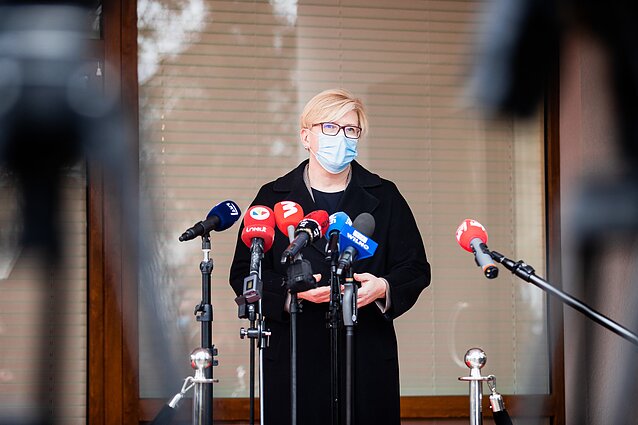 Heated debates about pandemic management reveal not only that people disagree, but also that they can’t communicate, probably don’t even want to. Is this a threat to our state?

I doubt that this will destroy the state, but there are some risks. This will probably result in an even more divided society, leading to some rather uncreative solutions. I can already see politicians just pretending to govern and not making any decisions, as they will see the society to be too divided to make any difference.

Serious, long-standing issues like education, economy, tax reform, are neglected to instead argue about monuments, culture wars, and our flag. Politicians will pretend they are doing something, while not getting anything done.

Stagnation will be the real issue. Politicians will speak about welfare...

Do you mean the so-called welfare state [the key point of President Gitanas Nausėda's 2019 presidential campaign]?

We have been talking about this for two years and I have yet to meet a politician who can summarise welfare in two sentences without any logical inconsistencies.

Emmanuel Macron can explain it in a sentence; whether you like the explanation or not, he can do it. Our government, after two years, still cannot. Why? Because there is nothing there.

Politics in Lithuania is becoming a marketing campaign. Eventually every politician might be like that; this is a threat to the state and national security. Politicians will try to reassure the divided society with abstract buzzwords such as welfare, nation, patriotism, ‘idea for Lithuania’. Does anyone even remember it anymore? 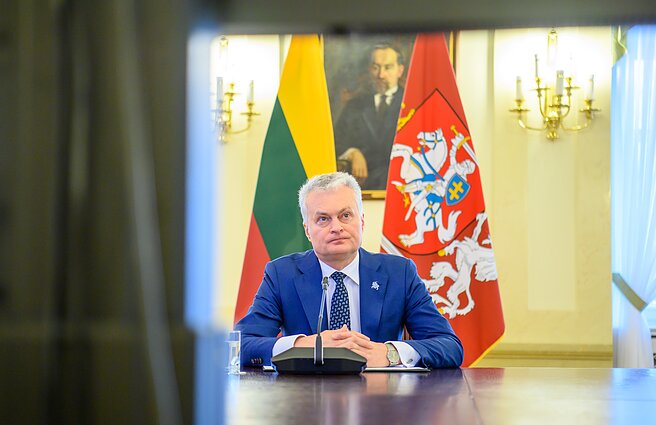 We witness advertising campaigns, harmless, yet short on content. This is not limited to Lithuania, but it is more harmful to us as a small country. Back in 2016 [after Donald Trump’s election to the US presidency], Americans were wondering what will happen with the US, and one commentator remarked that they are rich enough to be able to afford mistakes. Same with the Brits. Brexit may be inconvenient, but they will survive; that is not true of Lithuania.

Politicians in democracies are cowardly; no one would elect them if they were bold. They like to discuss content-free topics. Everyone is debating the Istanbul Convention that they have never read. They can spend their entire term in office doing just that.

Police and its powers have been a common topic in recent debates. The so-called virtual patrol has been set to deal with hate speech and disinformation online. How do you feel about the police patrolling social media?

I understand that the idea is to deter, but I doubt anyone will be scared. It is easy to work around this system, and I am not sure how well-prepared the police are to deal with that. There is also the issue of legality. Is this a form of intimidation?

It is futile to try and control social media this way. I doubt the police could correctly identify humour, eventually we will have some bizarre cases. 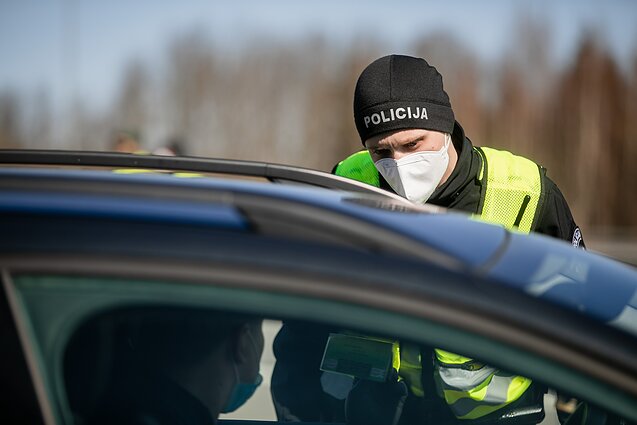 Such controls are only possible in dictatorships where the Internet can be made inaccessible. Trying to scare people is not only hopeless, but also dangerous, as it creates more distrust in the state.

The solution could be in taxing [social media] companies. It is an issue of international scope, as these companies have created a monopoly and are not accountable to anyone, do not pay taxes, and try to hide their actions behind freedom of speech.

This should be dealt with on the EU level and Lithuania should support the initiative. Only then can we aspire to real control: social media companies would be taxed and forced to control the ads they run, look into how groups are formed, how algorithms draw people into neo-Nazi groups after they press like on an anti-vaxxer post. The police should deal with crimes.

Meanwhile, [Lithuania's initiative] is ridiculous and discredits the state. It is strange that this is happening with the liberals in power; everyone expected them to do away with restrictions. 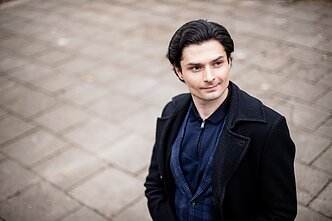 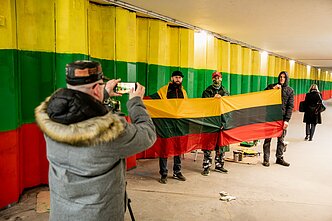 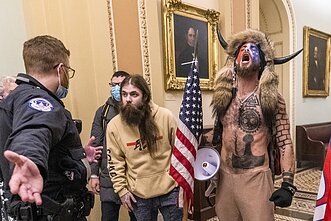 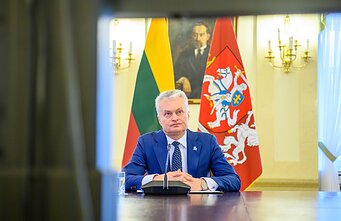 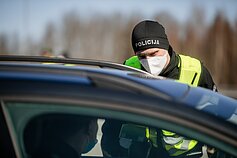 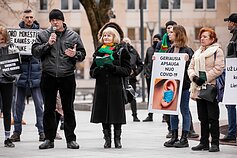 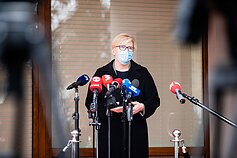