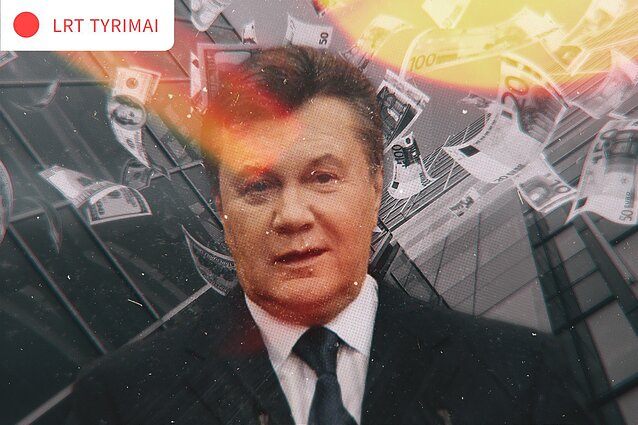 In May 2020, the Lithuanian company Baltijos Gildija announced it was investing 60 million euros in the construction of the Core business centre in Vilnius. The developer of the project is another Lithuanian company, Ašis.

The company's shareholders acquired a site for the project in 2018 for 4.5 million euros. It had already built Link, another office building in the Lithuanian capital, back in 2018.

Baltijos Gildija bought the land in 2014, just four days after being registered. It already had the 1.47 million euros needed for the deal.

According to the company documents analysed by LRT Investigation Team, Baltijos Gildija borrowed the funds from Koksi Holding in Cyprus, which financed the construction and later became the main owner of the Lithuanian company.

The total cost of the project is 15 million euros, the head of Baltijos Gildija said in a written comment.

However, the Cypriot company didn't earn its first millions as claimed by the director. Financial statements of Koksi Holding show that, in order to acquire the project in the auction and finance the Link business centre in Lithuania, it took out a loan from Obelia Industries Inc, a little-known company registered in the British Virgin Islands, a popular tax haven notorious for sheltering illicit wealth.

According to Mindaugas Statulevičius, head of the Real Estate Development Association, real estate projects in Lithuania are rarely funded through offshore companies.

“These are probably rare and exceptional cases. There haven‘t been many such cases in Lithuania,” Statulevičius said. 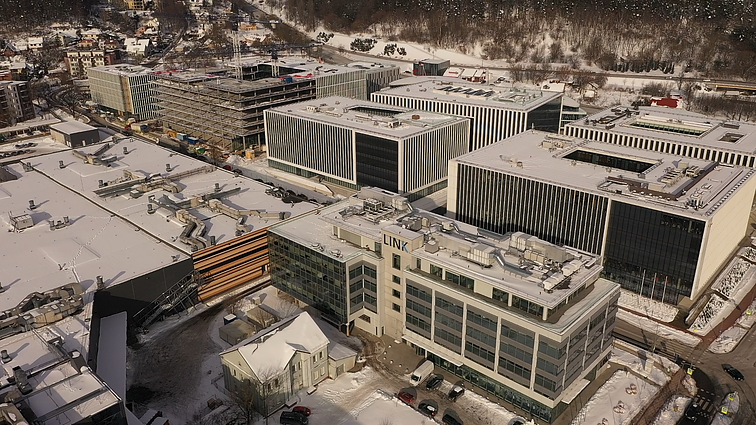 From Cyprus to a state-owned Ukrainian company

Last autumn, Baltijos Gildija had two shareholders – Koksi Holding in Cyprus and Mavlada in Lithuania. The owner of the Cypriot company is Oksana Kushnir from Ukraine, while Mavlada is owned by Volodymyr Kravets, also Ukrainian.

Through other companies, they also own Ašis, the company developing the Core business centre in Vilnius, which is also financed by Oksana Kushnir's company.

LRT Investigation Team has found that Oksana Kushnir and Volodymyr Kravets are linked to pro-Russian political forces in Ukraine and big capital in Kyiv, as well as the country’s former president Viktor Yanukovych who fled Ukraine after the revolution in 2014.

Oksana‘s husband Igor is the head of one of the biggest real estate companies in Ukraine. When Yanukovych was in power, Oksana and Igor held top level positions in the government.

In 2010, Igor became deputy minister of defence, and two years later, the president of Kievgorstroy – a major publicly-owned construction holding company which controls a significant part of most profitable real estate in Kyiv.

Since 2016, Oksana has owned various Ukrainian investment and energy companies through the Cypriot company Koksi Holding.

Both Vingis Real Estate and Kovernot are under investigation by Ukraine's law enforcement for financial crimes involving the misappropriation of 20 million euros. 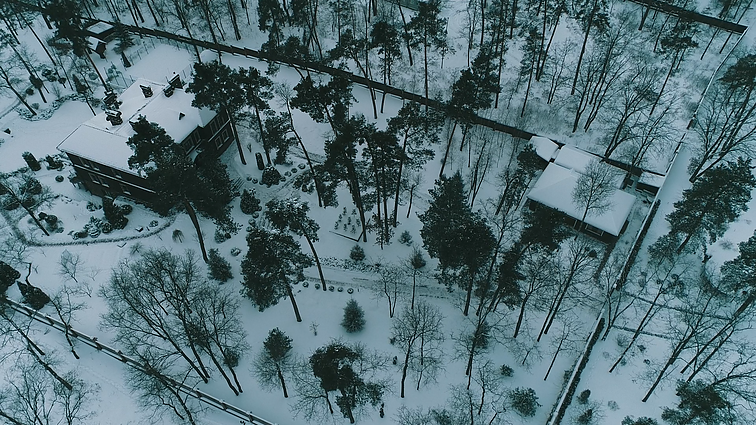 Close friendship and common past with Yanukovych

Before the 2014 Maidan revolution, Volodymyr Kravets' father Andriy used to look after Yanukovych’s interests. He was also the head of the State Asset Management Department.

Andriy also did important work at the infamous Mezhyhirya estate. When he fled Ukraine after the revolution, activists visited his home built on state land.

Initially, his wife Marina Pelykh was also involved in the Lithuanian companies. LRT Investigation Team’s partners in Ukraine, reporters of Radio Svoboda, got in touch with Volodymyr Kravets. Although he denied his father‘s contribution in the Lithuanian projects, Volodymyr did confirm that the business in Vilnius is owned by the Kravets and Kushnir families.

“Well, you could say so. Those who invest money own the project,” said Volodymyr Kravets, confirming that Oksana and Igor Kushnir are friends of his parents.

Meanwhile, Igor Kushnir confirmed to Radio Svoboda that the business in Lithuania is run by his wife Oksana and a son of his friend – Volodymyr. However, Igor insisted that neither he, nor the holding company Kievgorstroy has any links to Vilnius.

Volodymyr Kravets is also a member of the Opposition Platform – For Life, the party uniting supporters of Yanukovych’s former Party of Regions and other pro-Russian political forces.

Kravets is a member of the party and holds a seat in the Kyiv Municipal Council after the elections last November.

One of the leaders of the party is Viktor Medvedchuk – Russian President Vladimir Putin is his daughter’s godfather. A number of politicians known for their ties with Russia are also members of the Opposition Platform.

“This party doesn’t hide the fact it represents Russia's interest in defending the Russian language in Ukraine, restoring Ukraine's relations with Russia, as well as Russia's interests in the war in the Donbass region,” said Ukrainian political scientist Evgene Magda. 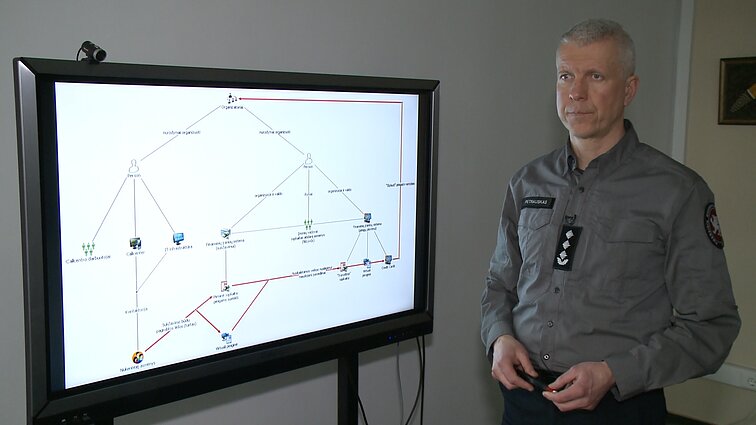 According to the Lithuanian Financial Crime Investigation Service (FNTT), in the wake of the Maidan revolution, there has been an increase in investigations of Lithuanian companies used to move money from Ukraine.

“We have received up to 10 reports, where people formerly or currently active in Ukrainian politics are involved,” said Petrauskas.

Often Ukrainians open bank accounts in Lithuania to mediate the transfer of money from Ukraine to other countries.

“It’s likely that foreign entities use companies registered in Lithuania to disguise the origin of money, yet later the money ends up with people associated with the primary source of the funds,” said Petrauskas.

According to 2019 data, cash flows in Lithuania have increased for companies engaged in financial lobbying services for people participating in Ukrainian politics.

Some of the payments are linked to companies involved in Ukrainian money laundering scandals and tax evasion. 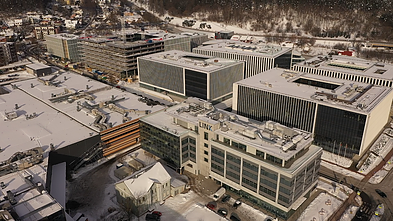 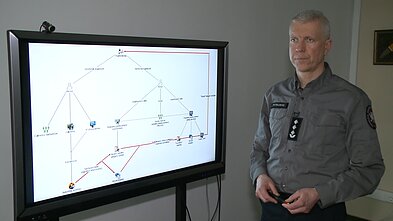 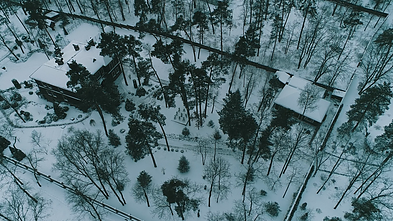 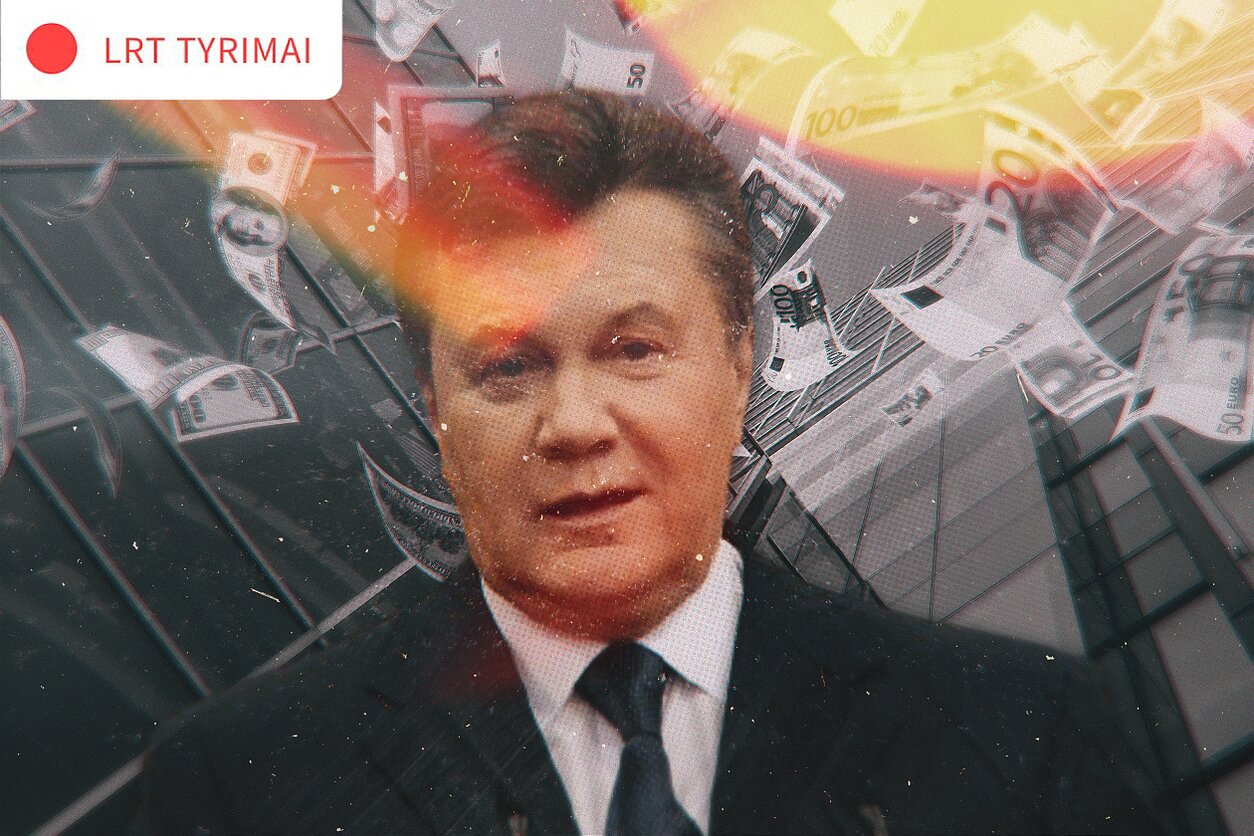 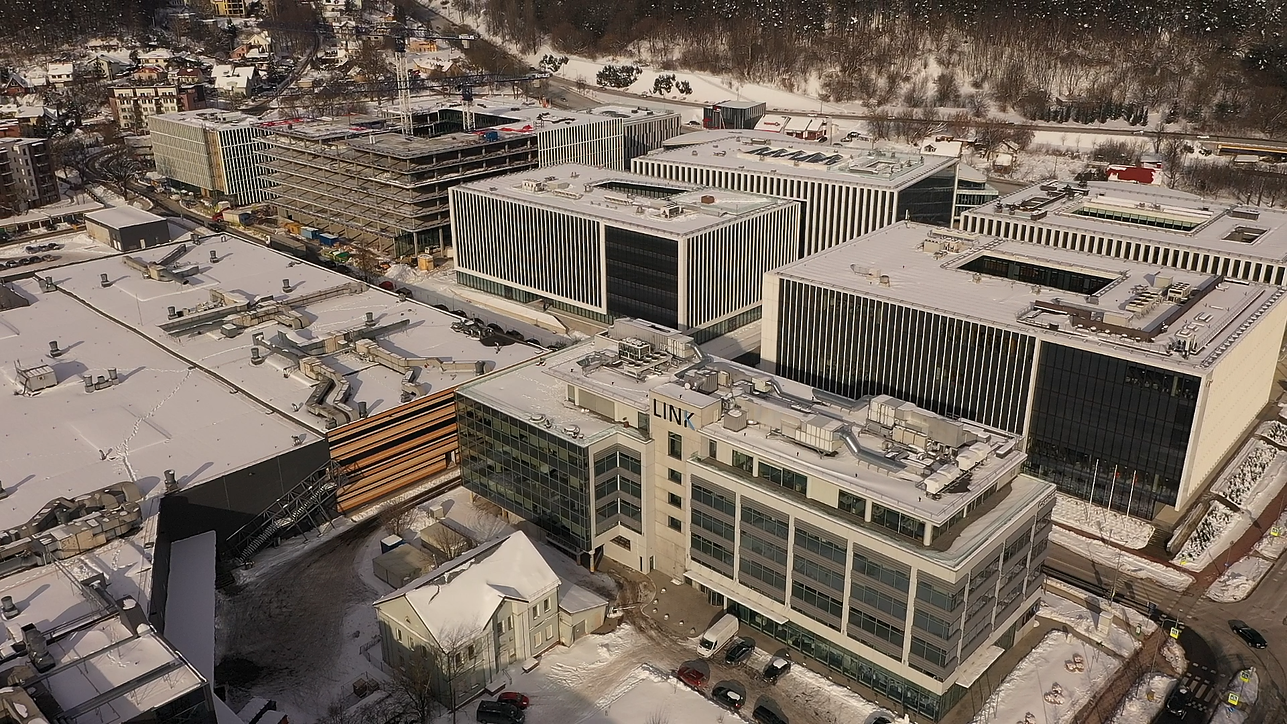 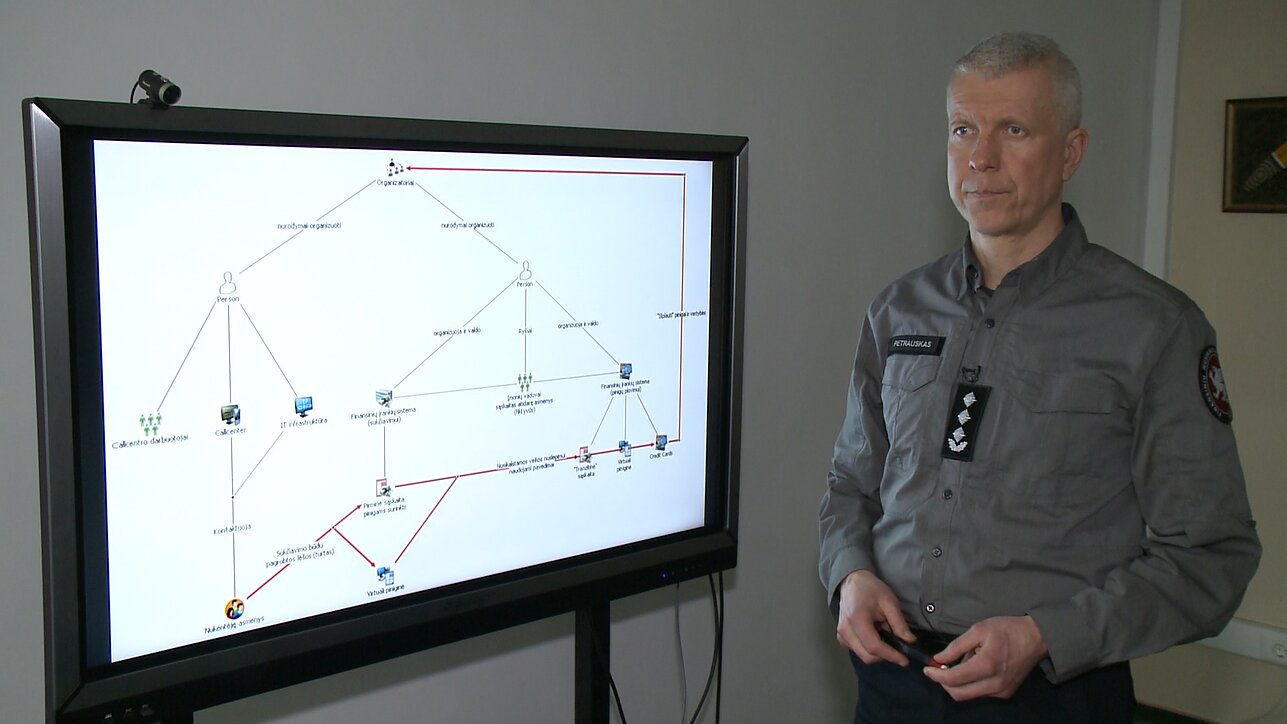 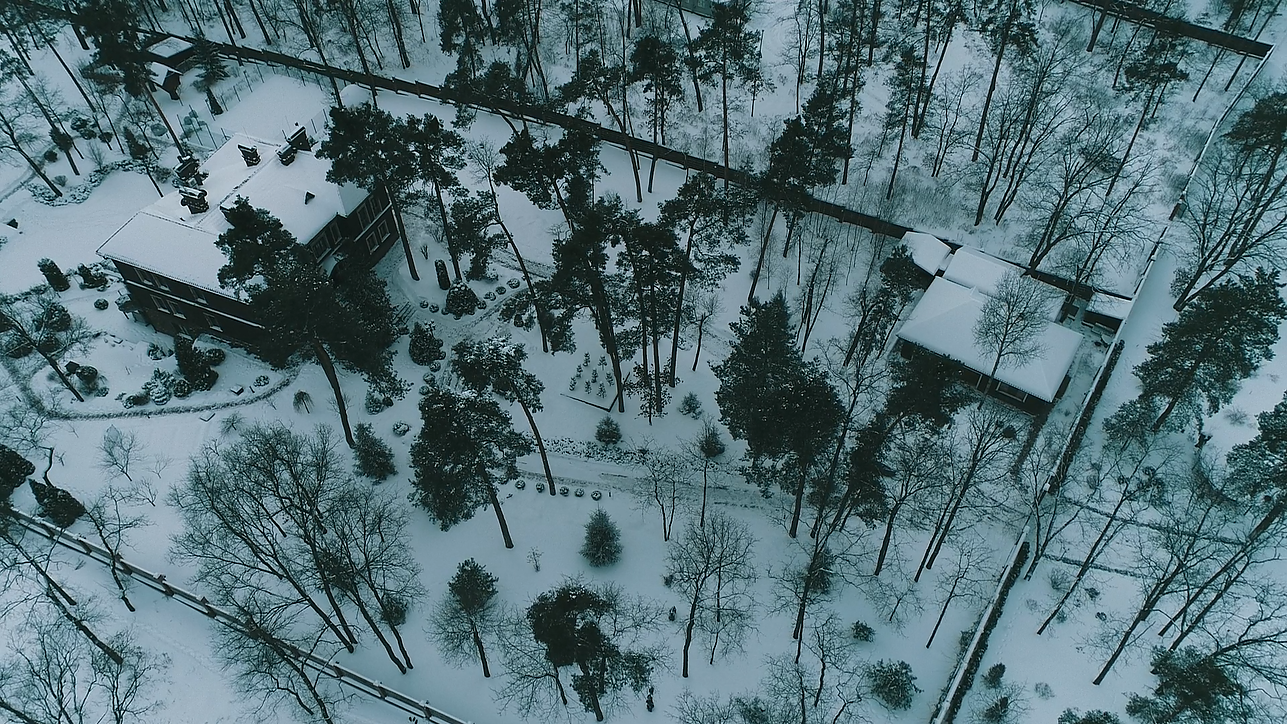