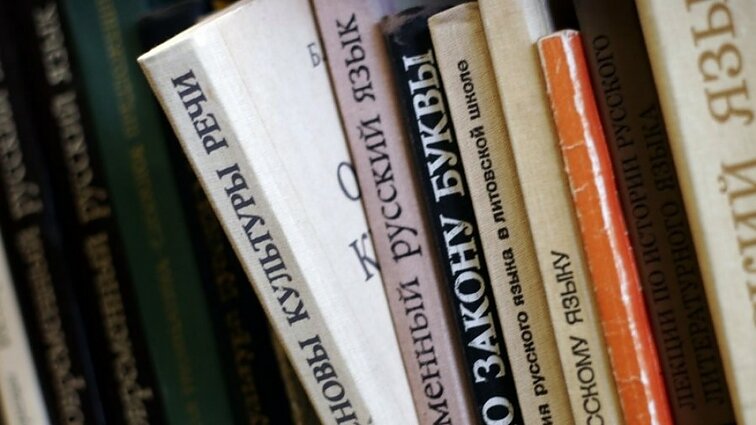 A week after Gediminas Grina, the former chief of Lithuania’s State Security Department (VSD) compared the country’s ethnic minority schools to “education ghettos” and called for their removal, Klaipeda’s Russian school teachers are still upset about his comments.

A week after Gediminas Grina, the former chief of Lithuania’s State Security Department (VSD) compared the country’s ethnic minority schools to “education ghettos” and called for their removal, Klaipeda’s Russian school teachers are still upset about his comments.

“It has sowed fear and apprehension over the future of the schools. Quite undeservedly. It hurts all of us here,” said Svetlana Vasichkina, chairwoman of the Lada Russian community in Klaipėda and teacher at the seaport’s Lithuanian and Russian-language Žaliakalnis school.

Although the Lithuanian seaport’s ethnic school teachers unanimously denounced Grina's statement as “totally unsubstantiated, irresponsible and fear-mongering”, some security analysts warn that the line between what educators deem ethnic cultural promotion and superficially innocent forms of propaganda is sometimes very thin and difficult to detect.

In a Facebook post published on Wednesday a week ago, Grina reasoned that Lithuania’s ethnic schools should be dismantled, as they, in the former VSD director’s opinion, do not foster citizenship – he believes that they are isolated and are more like educational ghettos.

“Not surprisingly, therefore, we see our pupils attending militarized boot camps in Russia…The problem persists, as the Education and Science Ministry has failed to address the issue (of ethnic education),” Grina wrote.

Considering that a hostile country in the East might be behind these ethnic minority schools curriculums, Grina called for their reorganization.

Addressing potential questions about whether the schools should be removed or if their government funding should simply be removed, Grina said, “If there is an organizational entity, there will always be someone to fund it. And in this case, there will never be a shortage for the financier, especially that the money keeps flowing from the East.”

“It hurts very painfully. Sowing seeds of distrust and fear might encourage some to take an action against the schools, many of which are proud of so many achievements. This is very irresponsible. I still keep wondering what made the man make such an incendiary statement,” said Vasichkina.

“If you were to look through the educational projects we have carried out, you would see how much emphasis the school has put on fostering the civic and public spirit and citizenship, too. Not surprisingly, we see our graduates entering the most prestigious specialties, like medicine and law, in Lithuania,” the teacher told The Lithuania Tribune. “After graduating from a Russian school and excelling in her major in Lithuanian at Klaipėda University, my own daughter now successfully works in the city’s business sector.”

Ausra Gavsiniene, the deputy principal of Klaipeda’s Russian-language Gabija school, agreed with Vasichkina, saying that not all schools should be placed on the same peg. “I dare to say the pupils in our school are successfully integrated into society through many different projects aiming to induce citizenship and public spirit,” she told The Lithuania Tribune.

Many other Klaipeda Russian school teachers refused to comment for this story “out of fear”.

National security experts, however, caution that culture is far from safe from the grasp of propaganda during times of geopolitical tension.

Karolis Zikaras, a chief analyst at the Analysis and Planning Division of the Strategic Communication Department of the Lithuanian Armed Forces, said that a population’s “brainwashing” in times of peace is often disguised and comes from hostile entities in various, often seemingly innocent forms of culture.

“Usually, a very long and well-disguised path separates a population’s psychological and propagandistic preparation from the brutal use of force and military intervention later on. Crimea was not annexed all of a sudden, either.”

The national security expert’s comment came last June when Klaipeda residents questioned what was behind the Russia Day ads inviting them to a Russian consulate-sponsored theatrical performance featuring the seaport of Sevastopol, which has been annexed by Russia since 2014. Another national security expert who did not want to identified explained that some educational projects organized by ethnic schools may have elements of propaganda behind them.

“The innocuous-looking projects aiming to foster ties of friendship with schools behind the border, in Kaliningrad, which, unbeknownst to the partners on this side of the border, may be tinged with propaganda, which is hard to identify sometimes,” the expert said.

“A lot is up to the principals’ ability to sort out the grain from the chaff, but even the far-sighted and watchful can be tricked. The propaganda is evolving as well,” he insisted, calling to mind last year's scandal when a group of Vilnius schoolchildren went to Russia to enroll in a militarized Soviet-era-type youth boot camp.

“Remember, the principals were defending themselves - that the information they had received about the event did not contain anything suspicious in their view,” he noted.

But Gavsiniene, from the Gabija school in Klaipėda, suggests the drawing of “a clear line” among Lithuania’s Russian schools, as well as between politics and school life.

“We are educators and our focus is education. Some of our Russian children boast enviable achievements in the Lithuanian language: one of the Gabija pupils was placed third in a competition of Lithuanian language readers last year and one came on top in a similar contest in 2013,” the deputy director told The Lithuania Tribune.

“This says much of the quality of Lithuanian we are teaching. Let’s not let bad things dwarf all the things that ethnic schools like ours have achieved,” she said.