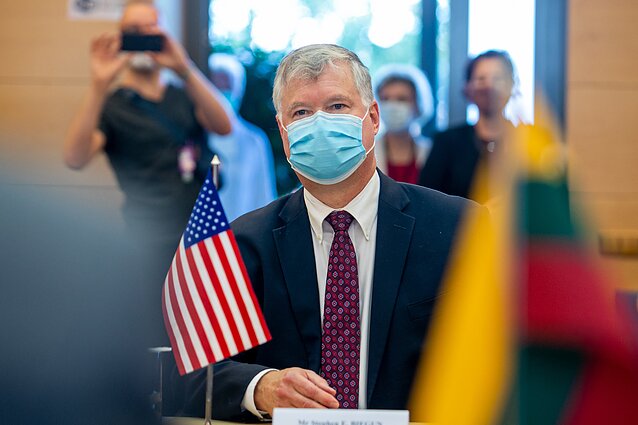 US Deputy Secretary of State Stephen Biegun in Vilnius / BNS

US Deputy Secretary of State Stephen Biegun met with Belarus' opposition leader Svetlana Tikhanovskaya in Vilnius on Monday, but underlined that the United States would not interfere in the political process in her country.

"I did have a chance to meet with Ms Tikhanovskaya; she is a very impressive person and I can see why she is so popular in her country," Biegun told reporters in the Lithuanian capital.

"The purpose of the meeting was to listen, to hear what the thinking is of the Belarusian people and to see what they are doing to obtain the right to self-determination," he said.

According to the diplomat, the US administration condemns violence against peaceful protesters in Belarus and calls on the government to release all political prisoners, but it is up to the Belarusian people to decide the course of events in their country.

Read more: Interview with Tikhanovskaya in Vilnius: 'I am a national leader' 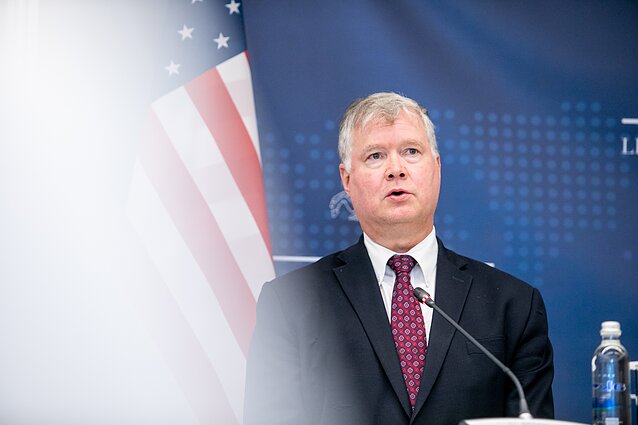 US Deputy Secretary of State Stephen Biegun in Vilnius / BNS

"The United States cannot and will not decide the course of events in Belarus. This is the right of the Belarusian people as enshrined in the United Nations universal charter of human rights and also in the OSCE charter," the deputy secretary of state said.

"The Belarusian people have this right and they were not given that right on August 9. So our view is that the best thing we can do is to support the Belarusian people, but ultimately it is up to them to determine their future and we will respect that," he added.

"Ultimately this is an issue for the Belarusian people to decide, but a thoughtful consideration and discussion between us was quite beneficial to our understanding of events in the region," he said.

Tikhanovskaya thanked Biegun for the US support to "the Belarusian people who demand respect for their choice", according to her staff. 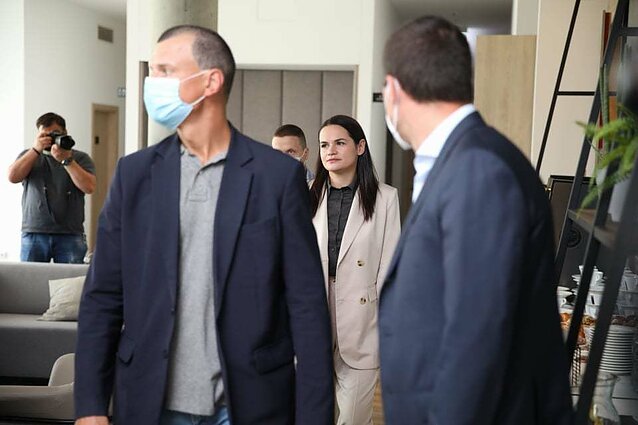 "The election of August 9 was neither free nor fair. Mr. Lukashenko does not have the support of the Belarusian people or the international community. Every day he refuses to accept the will of his people merely prolongs the crisis and deepens it," she said in a press release issued in Vilnius.

In a press release, Tikhanovskaya said she was ready "to resolve the crisis” by engaging in a dialogue “on a peaceful transfer of power".

"We have always said that we are willing to speak and are committed to a peaceful solution. We are open to the mediation of international organisations to facilitate the dialogue. Also, we demand an impartial investigation of the crimes committed by the Belarusian authorities against its people," Tikhanovskaya said.

"At the same time, we call on all countries to respect the sovereignty and territorial integrity of Belarus. Only the people of Belarus will decide their future in a new fair and free election," she added. 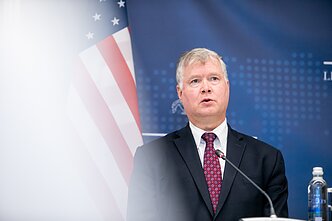 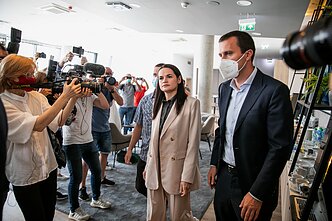 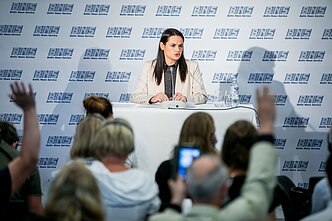 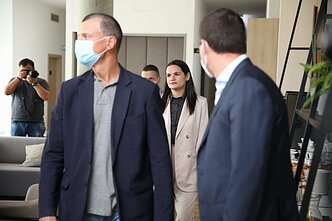 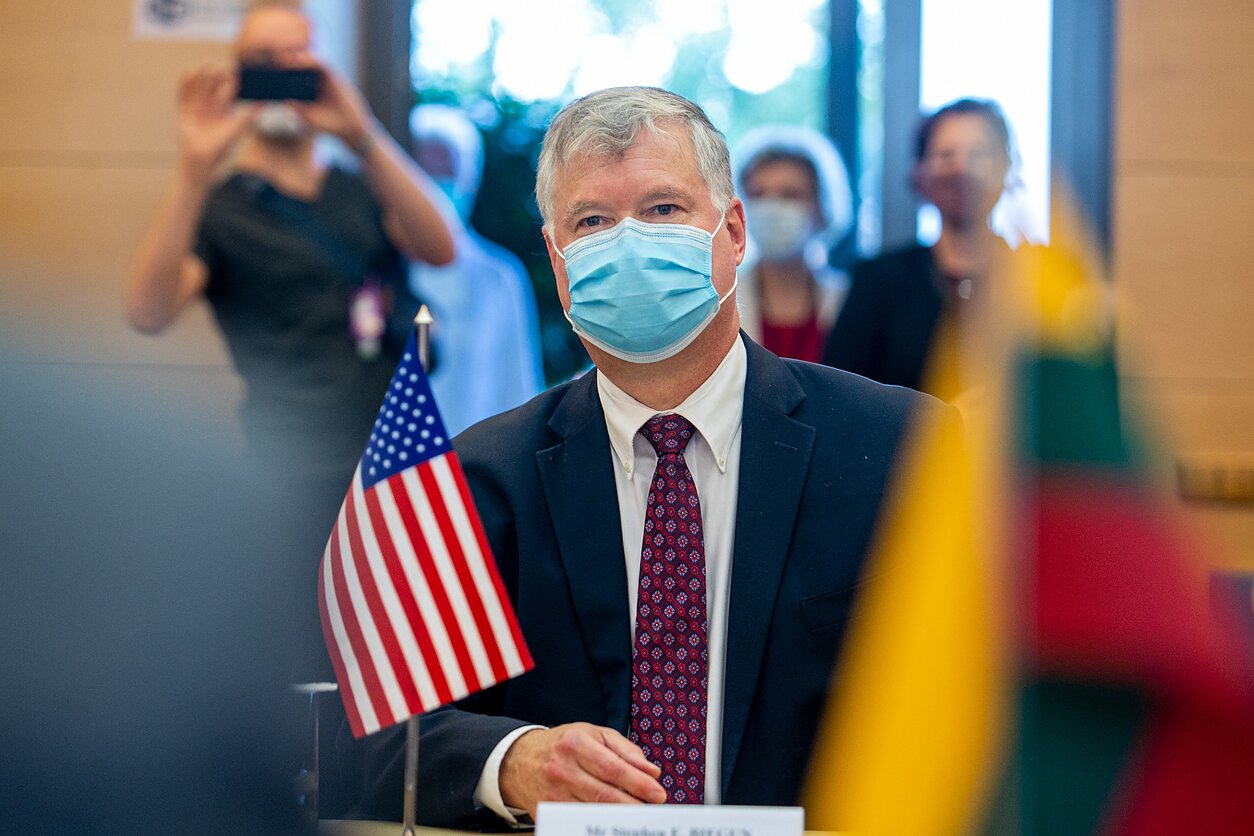 US Deputy Secretary of State Stephen Biegun in Vilnius
1 / 5BNS 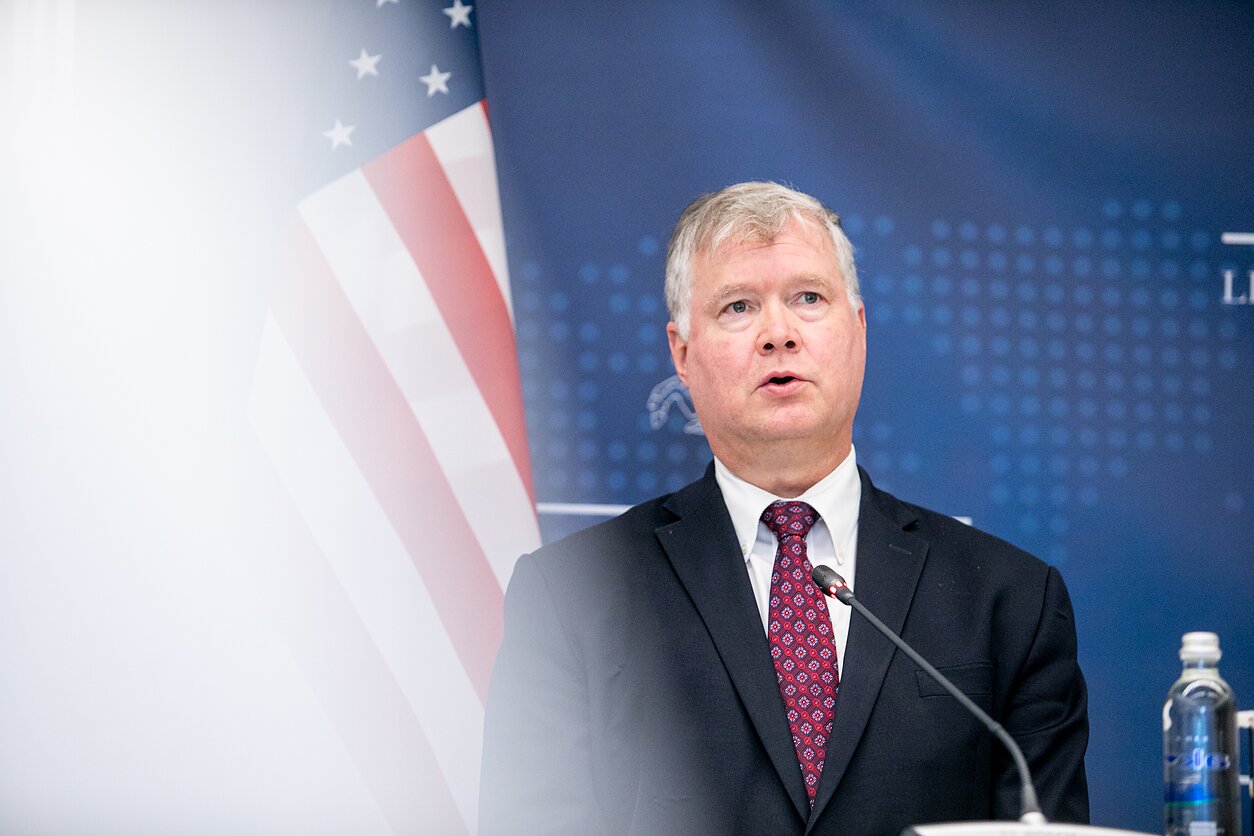 US Deputy Secretary of State Stephen Biegun in Vilnius
2 / 5BNS 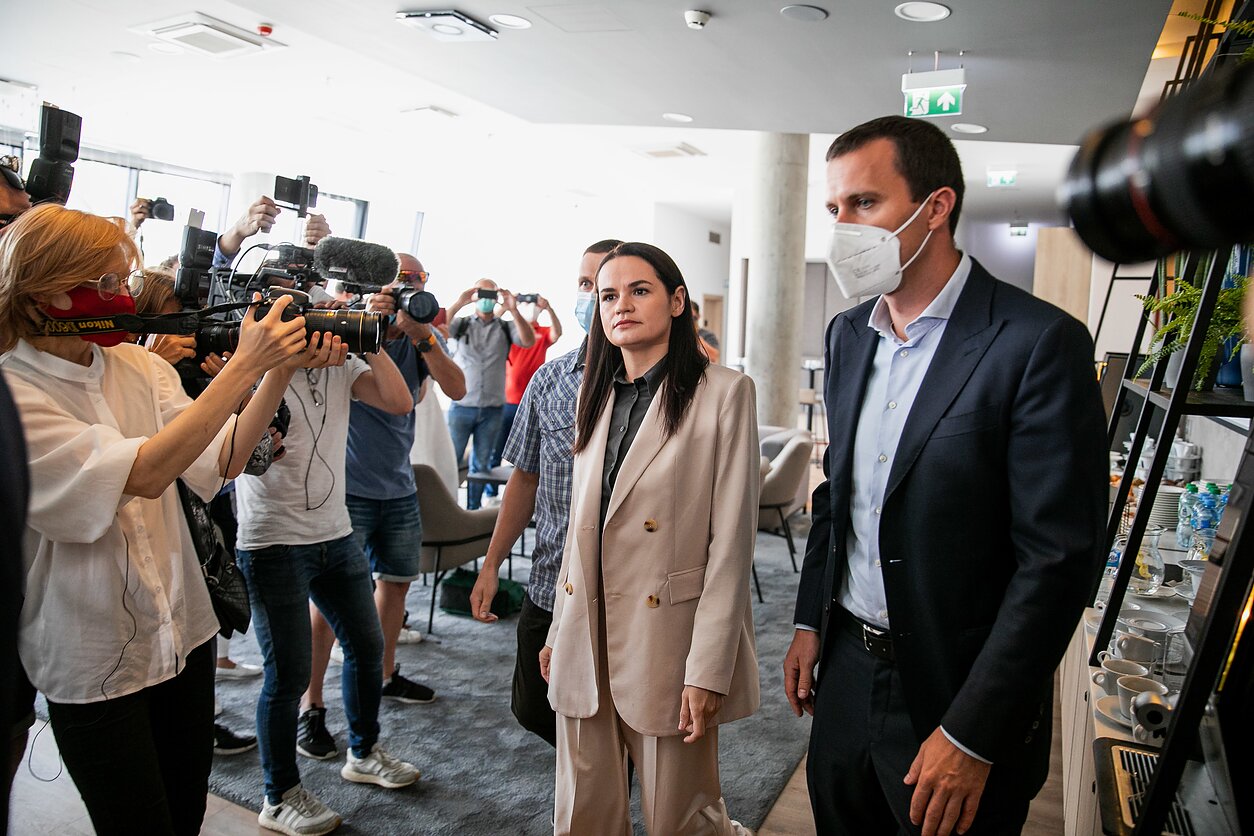 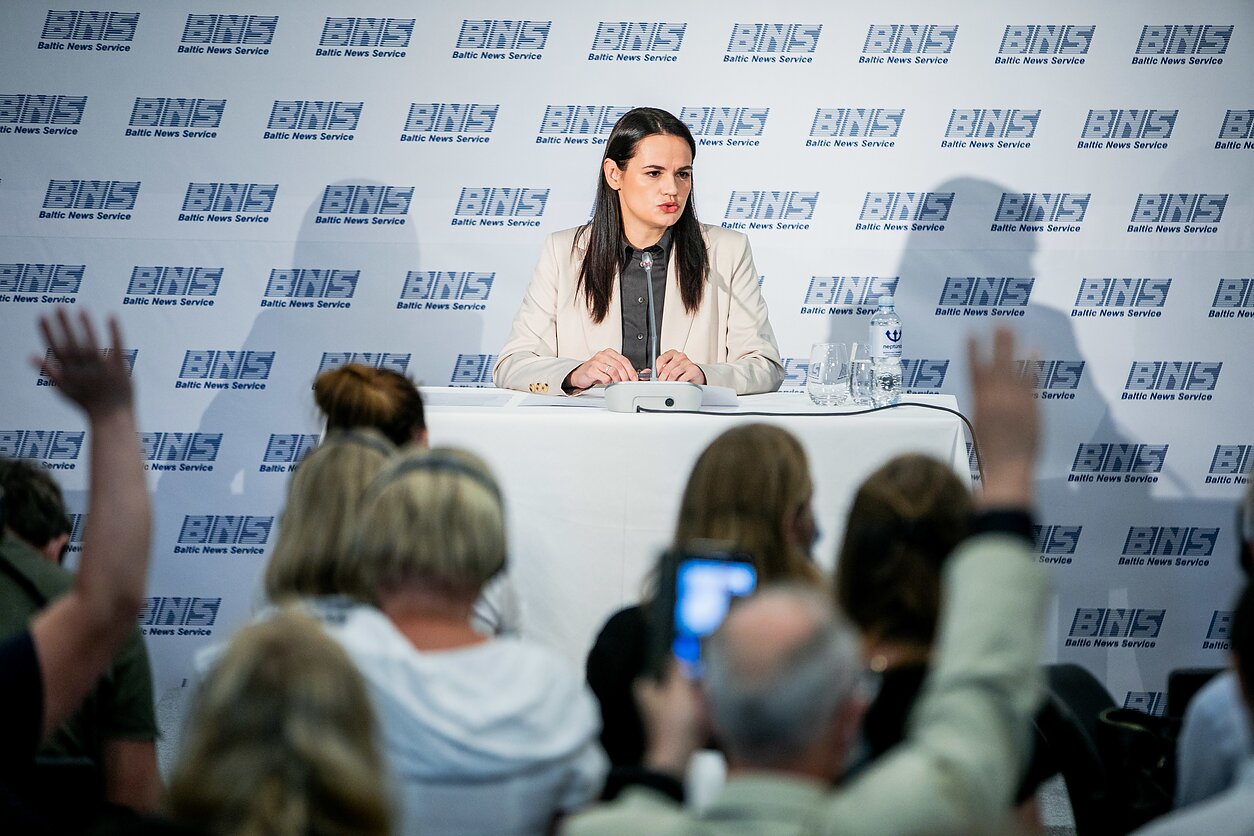 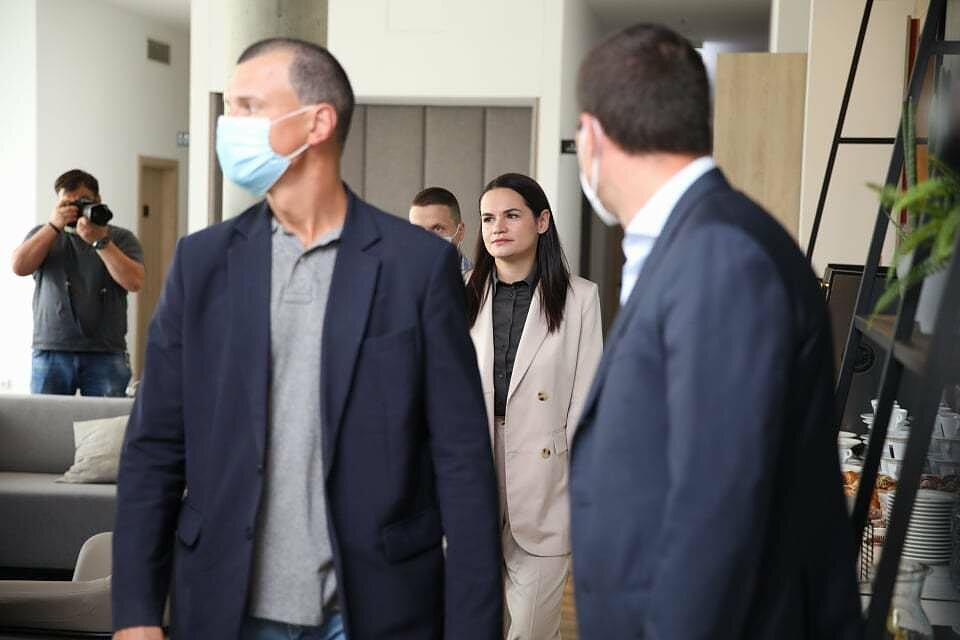