The totalitarian People's Republic of China (PRC) is making the most of the global pandemic it started.

Today, the PRC is trying to present itself as a victim and the saviour of the world, not as the source of this distress. It is trying to exploit its image as the victim and is continuing to cover up its aggressive policies.

Uncertainty and global panic in light of the pandemic is being actively exploited by the People's Republic of China. It is blackmailing and pressuring smaller countries in South East Asia and voicing its territorial claims.

The PRC has grown more active in the South China Sea where it is taking over islands within 200 miles of the Philippines, Vietnam and Malaysia. Nor is there any end to the militant rhetoric and bullying aimed against the Republic of China in Taiwan? The mere mention of Taiwan among PRC diplomats arouses inadequate reactions. 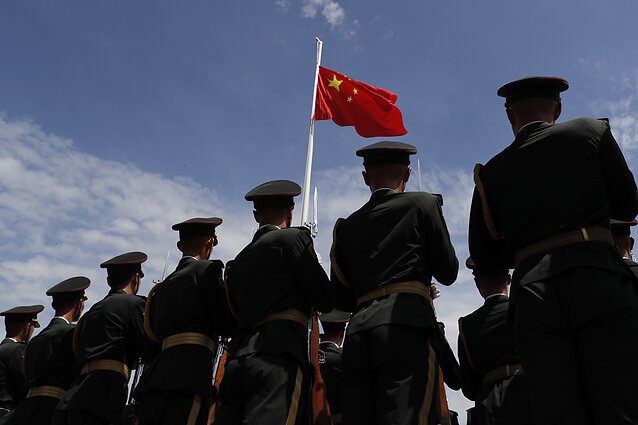 With the expansion of China's behemoth Belt and Road initiative, Beijing's soft power has reached the Baltic states, according to an investigation by journalists in Latvia, Lithuania and Estonia / AP

These states are still competing over international recognition. Throughout the whole period of the Soviet occupation, the government of the Republic of China, residing in Taiwan, did not recognise the occupation of the Baltic States.

"The most adequate response to the current position taken by Beijing should be to restore the interwar diplomatic relations with the Republic of China in Taiwan."

Lithuania ‘returned the favour’ under very foggy circumstances. When it regained independence, Lithuania did not restore diplomatic relations with the Republic of China.

Not so long ago, the Vilnius Institute for Policy Analysis (VIPA) became involved in political peripeteia between Lithuania and the PRC.

Each day, the VIPA publishes comparative statistical analyses on its website about the efforts of different countries in fighting the novel coronavirus. Delfi.lt has been given a permission to republish this material.

Not long after Delfi featured material on Taiwan, the VIPA received the following letter in English from the Embassy of the PRC in Vilnius:

“We have today read the analysis on the experience of other countries in the face of the Covid-19 crisis presented by VPAI, which has referred to Taiwan as a “country”. There is only one China in the world and Taiwan is an inalienable part of China's territory. We would like to stress that it is an objective fact and a universally recognised norm of the international community including the academic circle,” the letter read.

“It is also the long-standing position of the Lithuanian government. This mistake that has been made in the report has indeed blemished the seriousness of the research and is greatly misleading to the public. We urge that the mistake be corrected at a quick pace and no such mistake be made in the future,” it said.

Having read this letter, any citizen of a country belonging to the EU and NATO could have thought they were living back in the Stalinist Soviet Union, where only one truth was allowed to exist – that of the Communist Party.

And this is already the second attack by the Embassy of the PRC made against the Vilnius Institute for Policy Analysis.

One year ago, the Institute gave tribune to the human rights defender Lobsang Sangay, the President of the Tibetan government-in-exile, while he was visiting Lithuania. On that occasion, the institute and its leaders also personally received letters of condemnation from the Embassy of the PRC in Lithuania, while some Lithuanian media outlets distributed an announcement from the Embassy damning the institute. 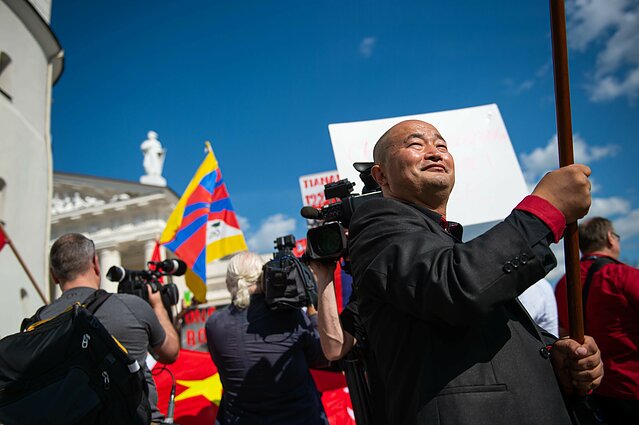 In addition, many still remember the recent attack against a Lithuanian picket line in Cathedral Square in central Vilnius, which is also likely to have had “traces” of the Embassy's instigation.

What is so surprising is that this and similar actions by the Embassy of the People's Republic of China in Lithuania's capital rarely receive an official response from Lithuanian institutions.

It is probably difficult for the Lithuanian government to respond to similar démarches, because it is unclear how to treat the General Declaration on the Principle for the Establishment of Diplomatic Relations between the Republic of Lithuania and the People's Republic of China, signed on September 14, 1991.

Back then, on behalf of the Third Government of the Republic of Lithuania under Gediminas Vagnorius, the Foreign Ministry signed a bilateral declaration between Lithuania and the PRC.

It was signed by first deputy to the Lithuanian Foreign Ministry at the time, Valdemaras Katkus.

Incidentally, this declaration does not prohibit restoring diplomatic relations with the Republic of China which existed in the interwar years.

"The People's Republic of China behaves similarly elsewhere as it has in Lithuania."

As can be gathered from reports coming from other EU countries, the People's Republic of China behaves similarly elsewhere as it has in Lithuania – employing trolls and bots, publishing messages on social media and sending letters to organisations and state institutions.

The most adequate response to the current position taken by the PRC should be to restore the interwar diplomatic relations with the Republic of China in Taiwan, which upheld its policy of not recognising the occupation of Lithuania right through to 1991.

Now is just the right time. 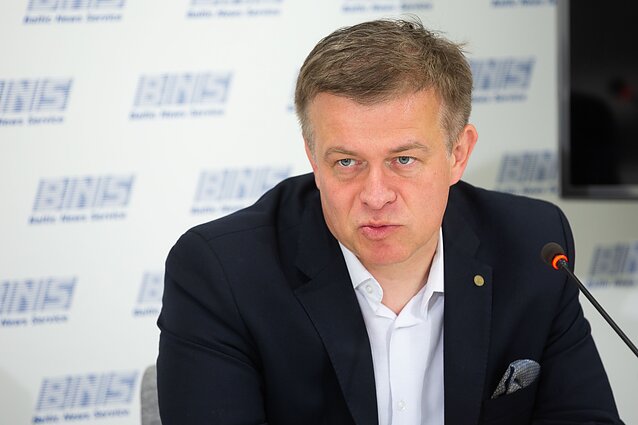 Šarūnas Liekis is a Lithuanian historian and political scientist. He is Professor of Politics and the dean of politics and diplomacy faculty at the Vytautas Magnus University (VDU). He is an expert on inter-ethnic relations and conflicts. 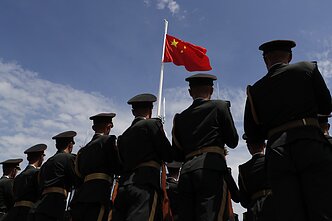 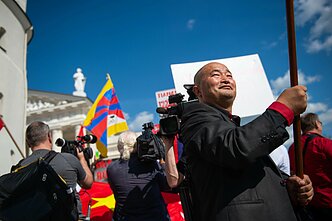 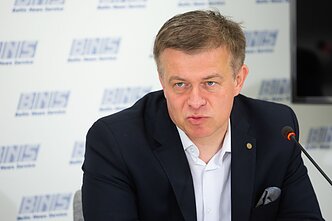 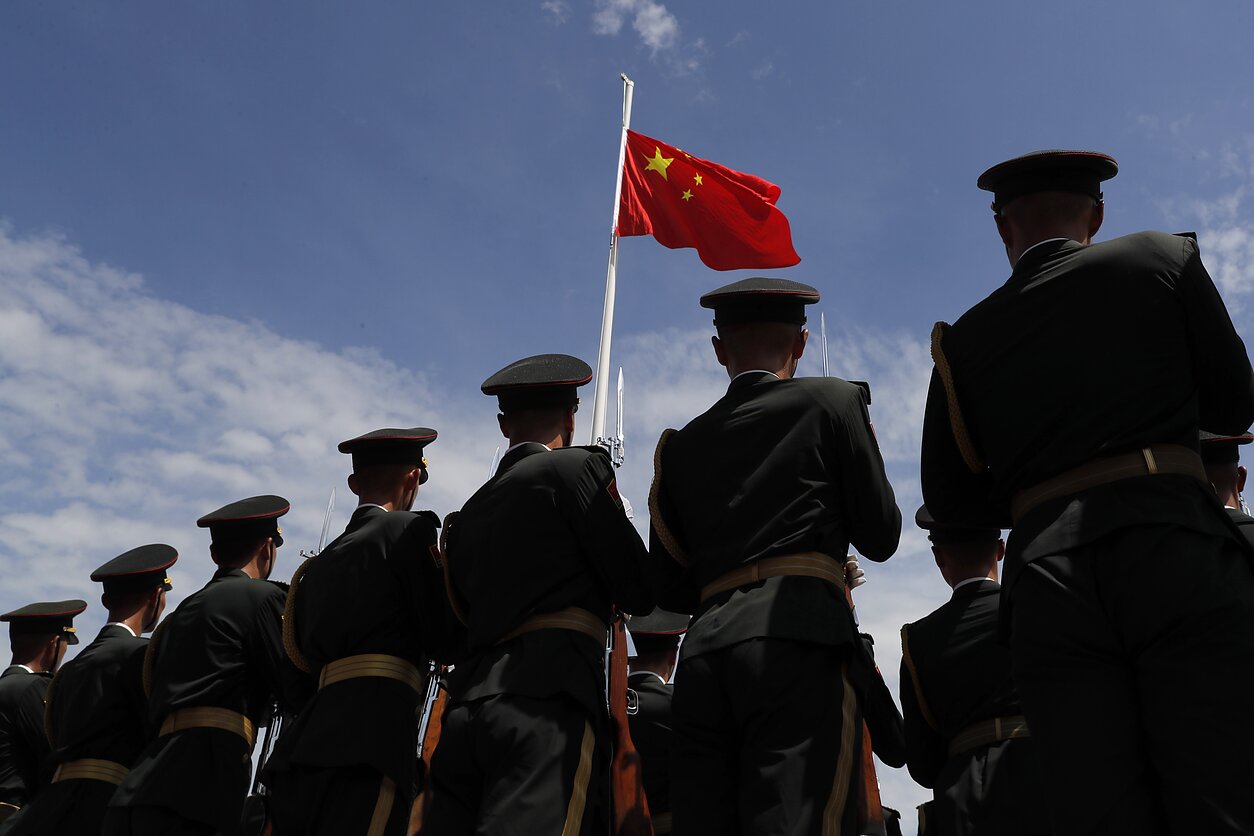 With the expansion of China's behemoth Belt and Road initiative, Beijing's soft power has reached the Baltic states, according to an investigation by journalists in Latvia, Lithuania and Estonia
2 / 4AP 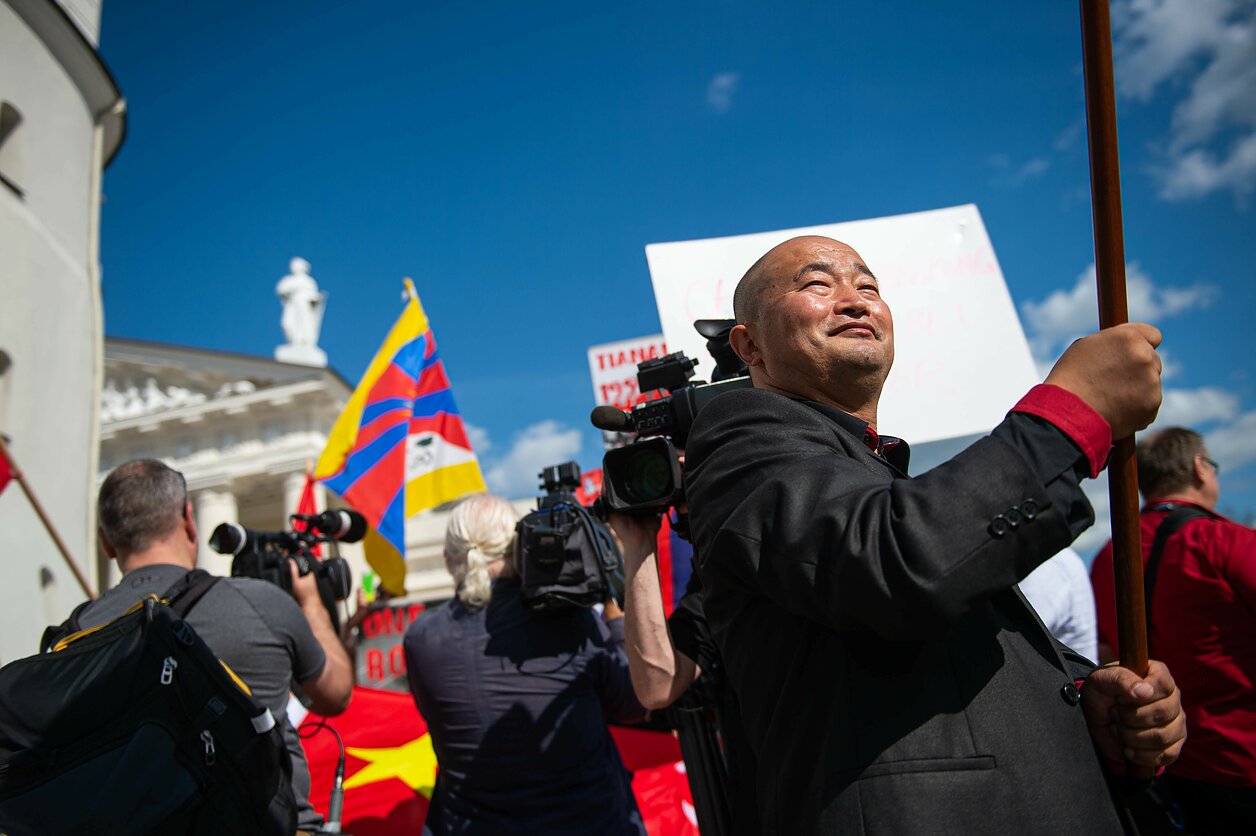 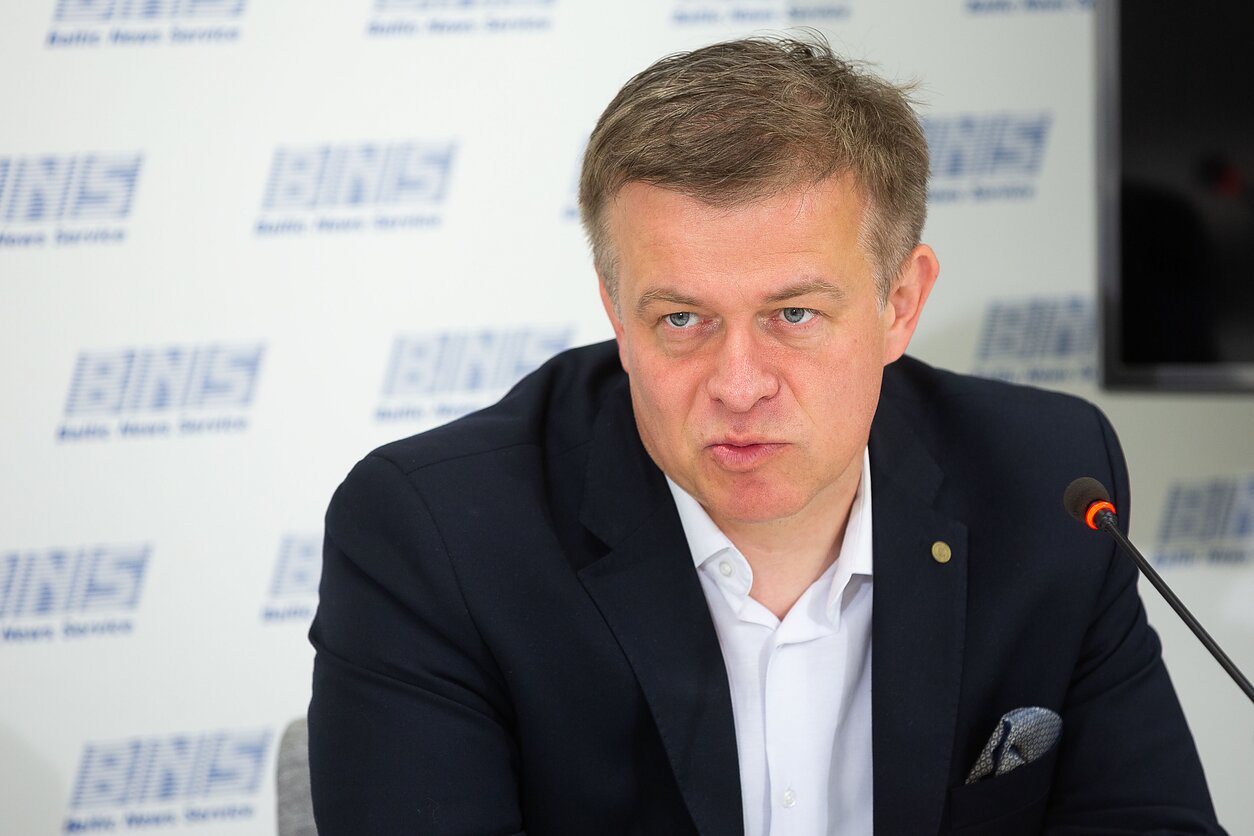