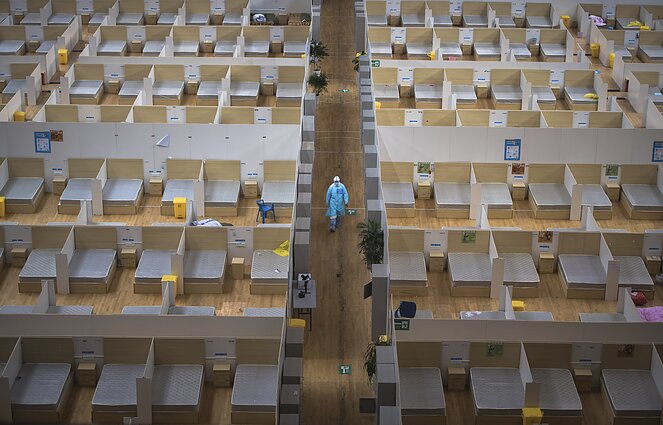 Makeshift hospitals have also been set up in China / AP

"We are planning to transform Litexpo into a makeshift treatment centre," said Povilas Poderskis, the director of administration at Vilnius Municipality, adding that they might start outfitting the exhibition center this week.

The official said the municipality would cover the cost of setting up makeshift wards.

Other possible locations include the capital's Siemens and Jeep arenas, and covered stadiums in the Pilaitė and Karoliniškės suburbs, he said.

If needed, all basketball courts, covered stadiums and schools as well as some parking lots could be turned into makeshift hospitals for patients with minor symptoms, according to Poderskis.

"We are speaking about those who don't need additional medical equipment," the municipal official said.

If the capital's hospitals run out of room for seriously ill patients, outpatient polyclinics could be transformed into intensive care wards, he said.