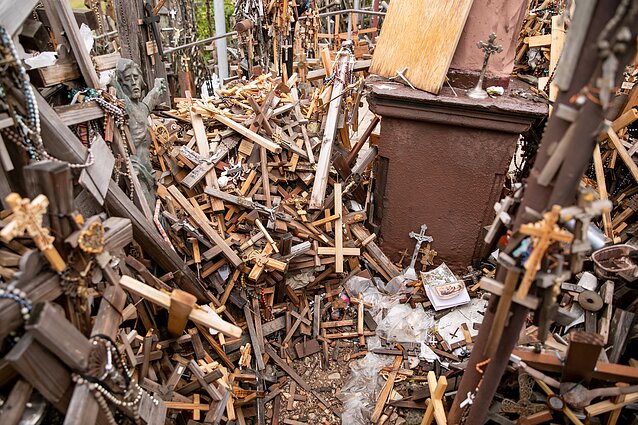 Lithuanian Foreign Minister Linas Linkevičius tweeted on Tuesday vowing to ban the person who vandalised pro-Hong Kong crosses on Lithuania’s Hill of Crossing, a religious site in northern Lithuania, from entering the country.

“I’ve made an official request to ban [the person] responsible for such vandalism in one the Lithuania‘s holiest sites – the Hill of Crosses – from entering the country in the future,” he tweeted.

As stated, such behavior can’t and won’t be tolerated. I’ve made an official request to ban responsible for such vandalism in one the #Lithuania‘s holiest sites – the Hill of Crosses – from entering the country in the future. https://t.co/LgsxPVIiy2

Lithuanian police launched an investigation on December 31, 2019, into apparent vandalism after a video emerged showing a Chinese-speaking woman desecrating crosses with pro-Hong Kong messages on Lithuania’s Hill of Crosses.

A photo posted online shows graffiti on another cross that reads, “hope all the protester cockroaches soon rest in peace. Hope Hong Kong can return to peace.”

The video and photos were translated by pro-democracy protesters in Hong Kong.

Prosecutors in Šiauliai are now carrying out a pre-trial investigation into vandalism of a grave or a place of public respect. The offence carries a sentence of a community service, a fine or prison terms of up to 3 years.

The final decision on whether to blacklist the Chinese women will be made by Lithuania's Migration Department, according to BNS. 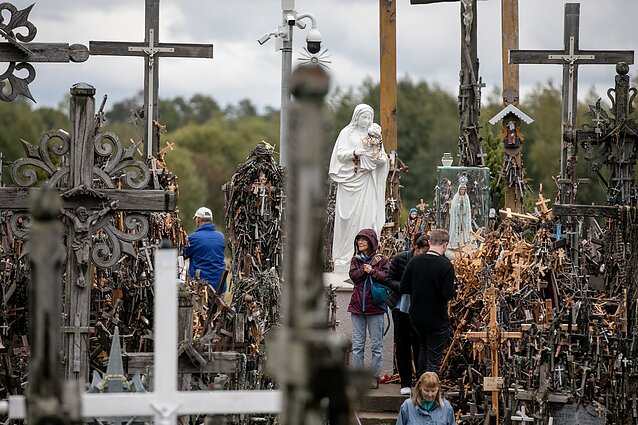 The religious site in northern Lithuania was previously used to protest the Soviet occupation, and was also visited by Pope John Paul II after Lithuania’s independence.

Last August, a pro-Hong Kong rally in central Vilnius was disturbed by a group of pro-Chinese protesters. The Foreign Ministry has presented a diplomatic note to the Chinese ambassador over the embassy's involvement in the incident. 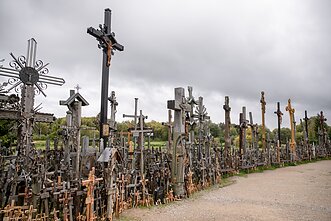 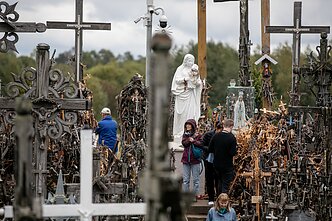 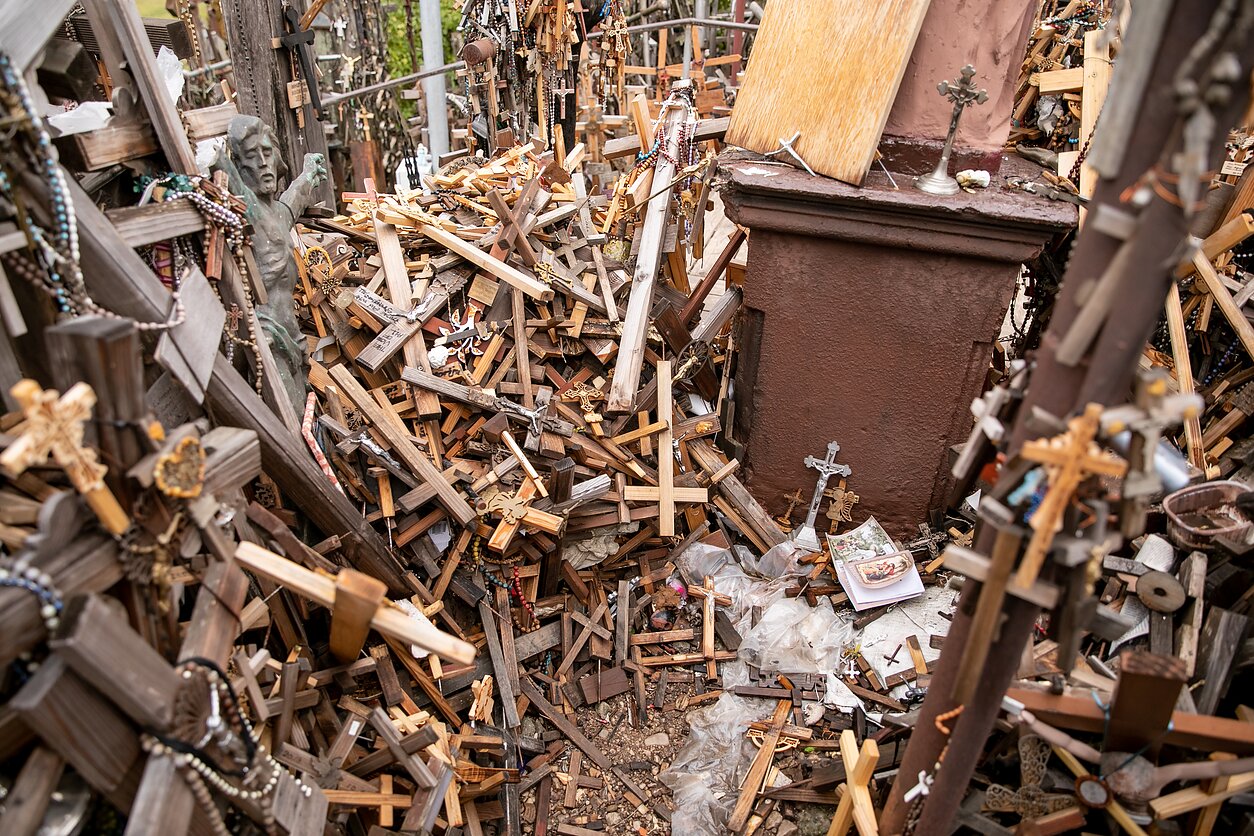 The Hill of Crosses
1 / 3D. Umbrasas/LRT 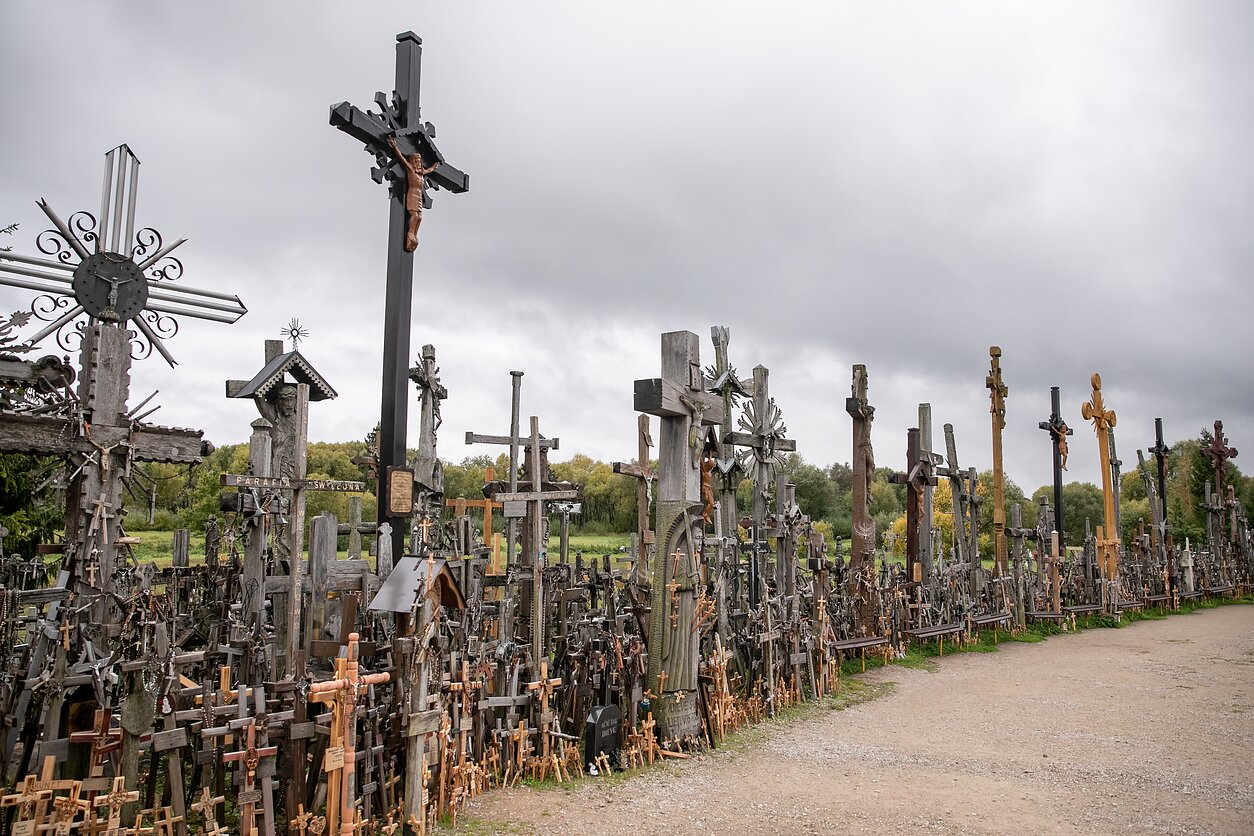 The Hill of Crosses
2 / 3D. Umbrasas/LRT 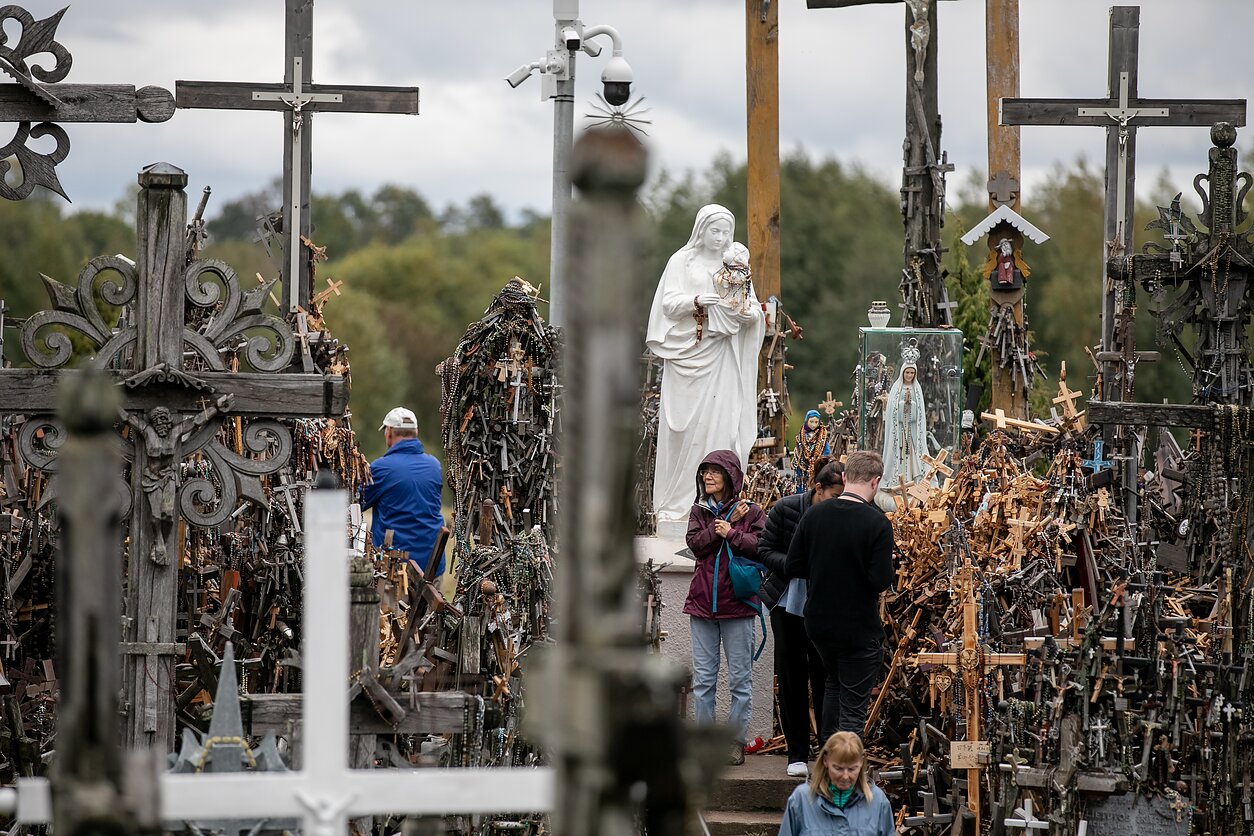 The Hill of Crosses
3 / 3D. Umbrasas/LRT