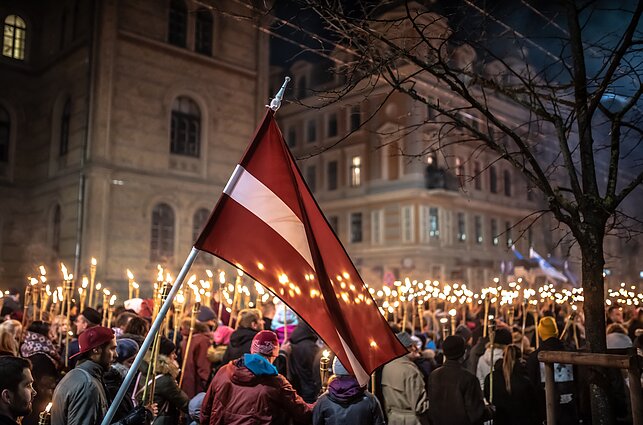 All the three Baltic states had their fare share of money laundering scandals, disputes with Russia and political turmoil over the past year. LRT.lt looks back at the key events in neighbouring Latvia and Estonia.

Already on the eve of the government formation, EKRE was embroiled in its first scandal. Estonian media reported that Marti Kuusik, a minister nominated by the party, was accused of violence against his wife. Kuusik resigned the following day.

Meanwhile, another event resonated around the world, delivering a blow to Estonia’s image a s a country of startups and digitalisation, when two EKRE ministers showed an alleged ‘white-power’ sign during the swearing-in ceremony. They both deny the allegations.

Later, EKRE was embroiled in numerous other scandals for their members’ statements about NATO, leaders of other countries, Ukrainian immigrants, and other issues. 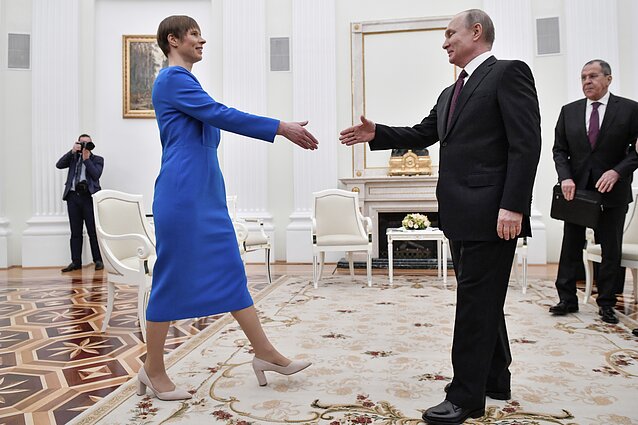 On April 18, Estonian President Kersti Kaljulaid met with the Russian president in Moscow, being the first Baltic leader to do so since 2011.

Faced with criticism, including from the Lithuanian political establishment, Kaljulaid defended her move, saying it’s important to speak with neighbouring states.

Estonian political scientist Karmo Tüür says the meeting may have been important for bilateral relations, but it failed to reach any notable achievements, according to ERR.

The failure was highlighted by the 1920 border demarcation issue resurfacing in November 2019. The Kremlin is accusing Estonia for trying to reclaim territories lost to Russia in 1940 when the Soviets occupied the Baltic country.

However, Tallinn is refusing to back down and is urging Moscow to ratify the territorial agreement from 1920, which includes several areas in present-day Russia.

Meanwhile, Estonia will become a non-permanent member of the UN Security Council for the first time in 2020-21, which Kaljulaid called a “historic victory,” according to ERR. 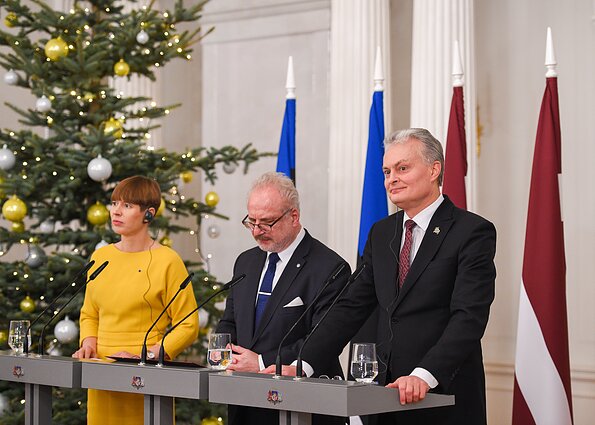 A Latvian ministry decided to reduce the number of country's administrative divisions from 119 to 36. The government has claimed that smaller regions fail to fulfil their obligations, and reducing their number will cut administration costs.

“However, the people in the countryside are deeply unhappy with the government proposal. They feel that politicians in Riga are redrawing the Latvian map without any idea of what is happening in reality,” according to Janis Rancans, a Latvian journalist working for the country’s public broadcaster, LSM.

Protests in Latvia over the reform continue, and residents from the provinces are planning to march on Riga and block access to government institutions unless their demands are met.

Bank scandals in Latvia and Estonia

Both Estonia and Latvia were shaken by money laundering scandals in recent years. The Latvian government was taking steps throughout 2019 to clean up its banking sector, and has passed new laws and reformed the watchdog institution.

“That basically means the end of Latvia as one of the financial bridges between the European Union and Russia,” said Rancans. 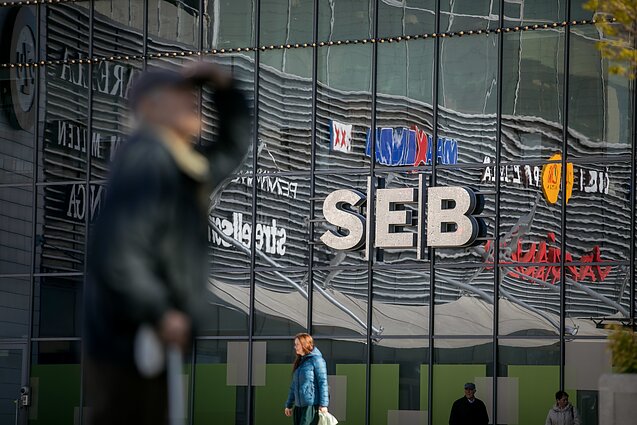 Latvia’s financial intelligence department froze 275.8 million euros over the first 10 months in 2019, and increased criminal prosecutions for money laundering by 158 percent compared to 2017, according to LSM.

In 2020, international organisations will vet Latvia’s process in money laundering prevention, but according to Rancan, a risk remains that Latvia will be put on the so-called grey list, which will affect the country’s economy.

Money laundering scandals also hit Estonia when the Swedish public broadcaster SVT reported in February that the Estonian branch of Swedbank could be linked to the high-profile Danske bank scandal.

The Danske branch in Estonia sent billions of euros from wealthy clients to bank accounts in tax havens, and also offered a select group of mostly Russian clients to invest into gold to keep their funds anonymous. Investigators also found that more money may have been laundered through SEB, another Swedish bank operating in Estonia. 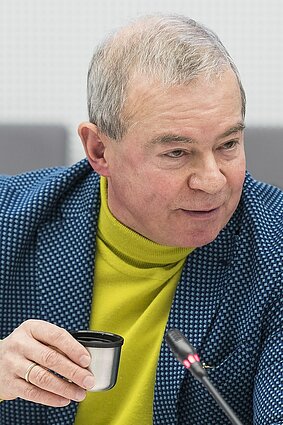 Sanctions against a “good oligarch”

Meanwhile, the US imposed sanctions on Aivars Lembergs, the mayor of Venspils. He was named by the US as "an oligarch accused of money laundering, bribery, and abuse of office [...] and empowering illicit actors to harm the security of the Latvian state and the NATO Alliance".

The sanctions could have also affected the Freeport of Ventspils with Lembergs in the steering committee, which would have hit the country’s freight industry, according to Rancans. However, the sanctions against the port where recalled when Lembergs resigned.

“This is also quite funny, as many people see Lembergs as somewhat of a ‘good oligarch’ – one who steals, but gives something back,” said Rancans.

Another political crisis shook Riga, when the pro-Moscow Harmony party leader and long-time mayor of Riga, Nils Ušakovs, was accused of corruption. In January, raids hit his office and home.

However, the municipality has failed to force Ušakovs to resign. 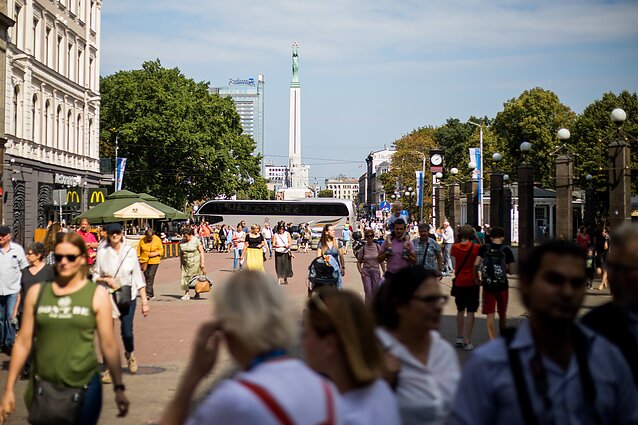 Complicating the position further, Ušakovs was elected to the European Parliament in May, and Riga’s ruling coalition fell apart during the mayoral election.

In December, Latvia’s Minister of Environmental Protection and Regional Development Juris Pūce said that Riga city council should be dismissed and a new election held. However, the decision now rests on the Latvian parliament, Saeima.

“It became clear during dramatic hearings that [...] the government doesn't really have any judicial reason to dismiss the Riga city council,” said Rancons.

According to him, many of the Russian speakers in Riga are unlikely to support the move to topple Ušakovs. “If there is a snap election in Riga City Council, it will be seen as a [...] ‘referendum’ on the [Arturs Krišjānis] Kariņš government,” he added.

The Saeima took a landmark decision in October to grant Latvian citizenship to all children born into non-citizen families as of 2020, as long as the parents do not seek another country’s passport for them.

Latvia and Estonia did not grant citizenship to all residents after independence, which means that many of the Russian speakers don't hold a full Latvian passport.

To become fully-fledged citizens, they have to pass language and citizenship exams, which also includes accepting the fact of Soviet occupation. Many of the Russian speakers, especially the elderly, deny in principle that the Soviet Union occupied the Baltic states.

Latvia and Estonia are the only EU member states to have large numbers of non-citizens in their populations. 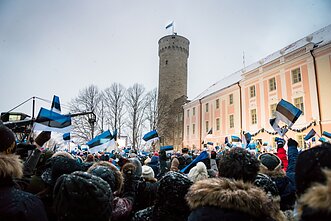 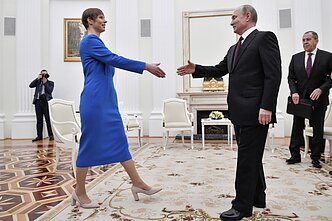 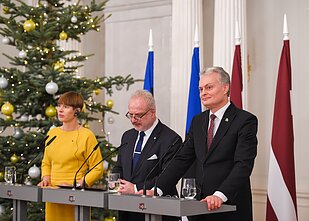 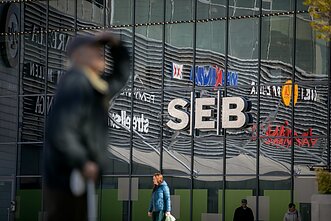 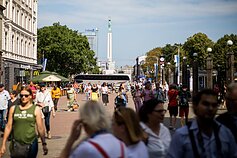