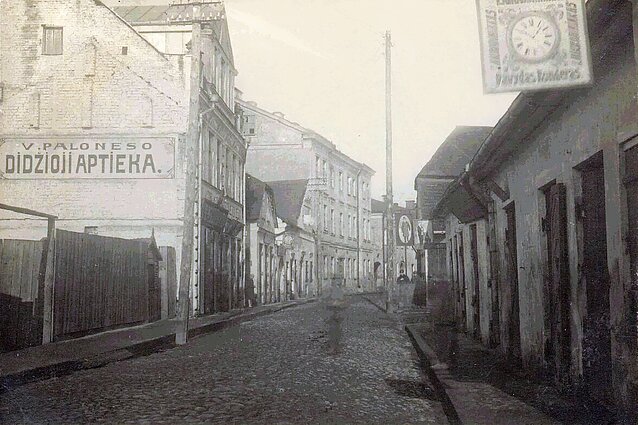 Would you like some elk antlers? Toads? Human nails or animal excrement? Maybe some spices or petrol? In different periods of history all of this could have been found at a Lithuanian pharmacy.

The first pharmacies in Lithuania – in Vilnius and Kaunas – opened in the first half of the 16th century.

Pharmacists were supposed to make all the medicine according to the instructions given by educated doctors. While medicine appeared in all forms – ointments, pills, sticking-plasters, infusions – pharmacists were also allowed to sell medicinal substances for self-medication, including alcohol.

Well into the 19th century not only various medical plants were used for medicine, but also animal-based materials, even human body parts. In the pharmacy you might have found elk antlers, toads, excrements of certain animals, mummies crushed into powder, human hair and nails.

The privileges for the pharmacies also allowed to sell spices, paper and gunpowder. At the turn of the 20th century when the first cars appeared, pharmacies were also main fuel suppliers.

While the first pharmacies opened in Lithuania five hundred years ago, the Jews got involved in medicine production and trade only in the 19th century.

Education of pharmacists was then regulated by the administration of the Russian Empire, which allowed Jews to take upon the craft, traditionally practiced only by Christians.

In Kėdainiai, central Lithuania, the first pharmacy dates back to the 1640s. In 1636-1367 apothecary Elijas is mentioned as running a krom ­– a shop – for which he paid twenty złoty.

Willing to keep a pharmacy, he had to receive a privilege from the city governor and commit to the strict regulations regarding production and keeping of pharmaceutical produce.

Meanwhile, the first Jewish pharmacist is mentioned only in 1898. Chaim Fumkin replaced the previous owner Fridman and became the supervisor and pharmacist at J. Gerdziyevskaya pharmacy. It operated since the second half of the 18th century and was based on the corner of Didžioji and Senoji streets.

In 1903 Chaim Gurwitch (Gurvičius) became the new owner and began proudly advertising that the pharmacy is the oldest one in Lithuania. For proof, he would show a privilege to establish a pharmacy given by Boguslaw Radvila (Bogusław Radziwiłł, 1620-1669) in 1659, which Gurwitch probably obtained from the previous pharmacy owner. He ran the pharmacy until it was nationalised by the Soviet regime in 1940.

– Street in Vilnius tells a hidden story of Litvaks and conversion

– The humble Litvak beginnings of petrol stations in Lithuania

– Bunimovich chocolate factory that was once the pride of Vilnius

– The story of a real Dr. Dolittle in Jewish Vilna

– Vilna Ghetto Theatre, a form of resistance in the presence of horror 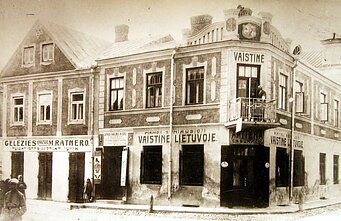 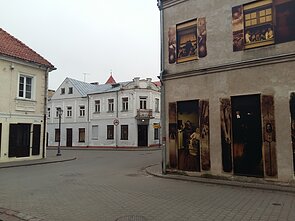 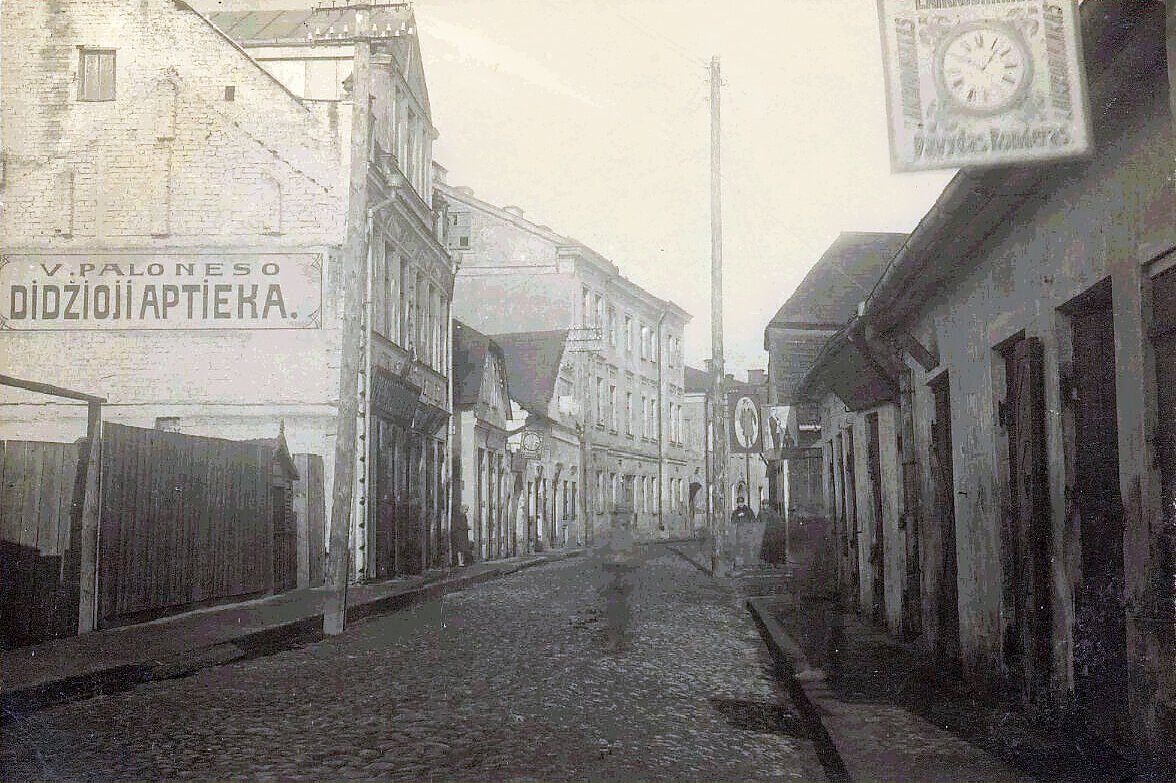 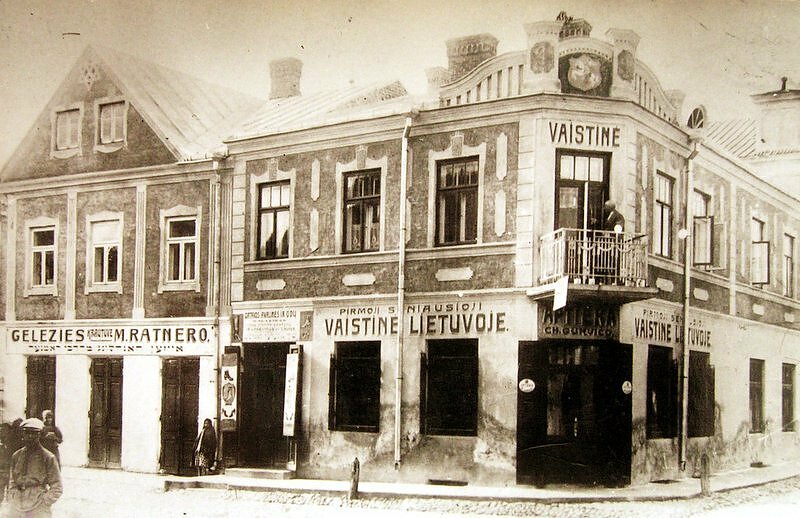 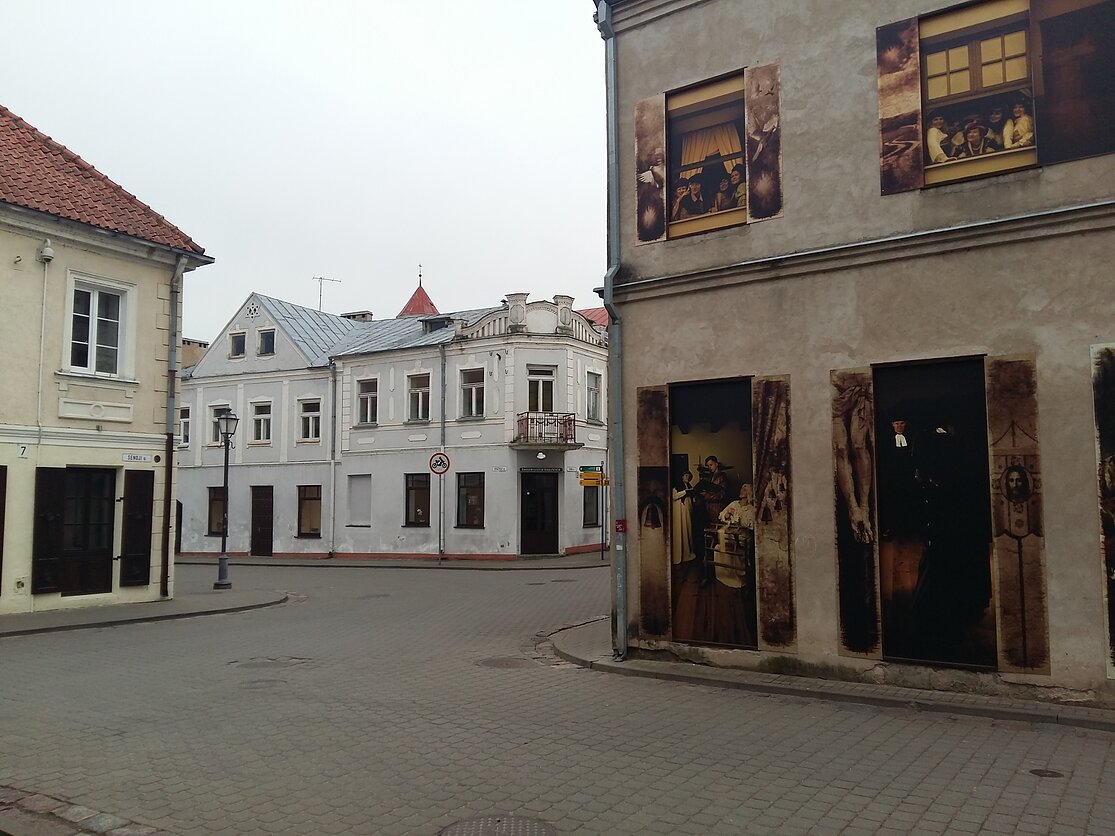