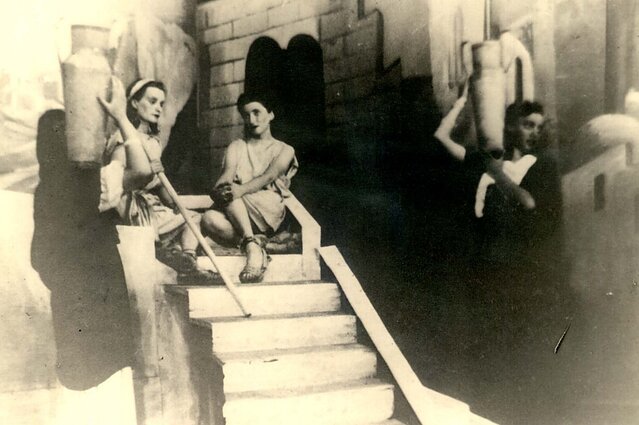 The first play of the Vilna Ghetto theatre was staged on January 18, 1942. It is not clear who came up with the idea to establish a theatre in the Ghetto. Some say it was a group of actors interned there, while others maintain the conception came from the Ghetto police and its chief Jacob Gens (1903-1943).

In any case, the idea was controversial. Many in the Ghetto could not understand how one could go see a play amidst everyday suffering and only a few months after half of the Ghetto population was annihilated. A proclamations asking “Can we organise a theatre in a cemetery?” was distributed in the streets. 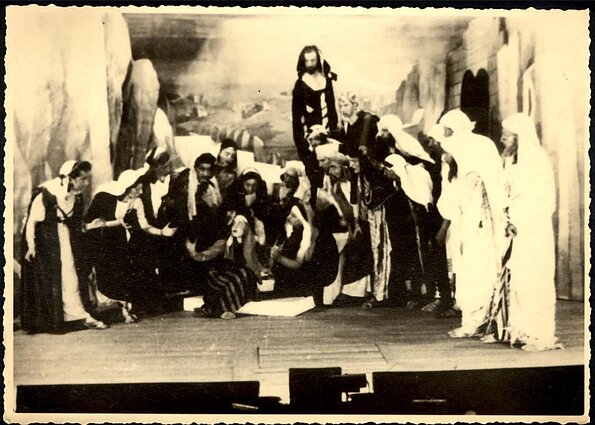 The head of the Ghetto library, Herman Kruk (1897-1944), wrote in his diary a few days before the first play: “It is possible to have entertainment in every Ghetto and art is a great thing. But here, in the dreadful conditions of the Vilna Ghetto, in the shadow of Paneriai killings… such an event is an utter shame”.

Nevertheless the theatre did operate and was very popular. It staged 111 performances in one year, and almost 35,000 tickets were sold. The money was used for the common needs of the Ghetto and to support its most impoverished residents.

Besides plays, the theatre housed concerts, celebrations, commemorations and public lectures. The first exhibition of the painter Samuel Bak (b. 1933) was also organised in the theatre. He was nine years old then and would become a world-famous painter. 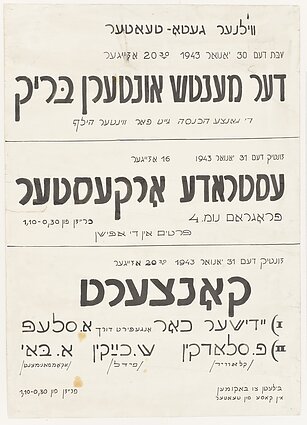 The star of the Ghetto Theatre was Liuba Levicka (1909-1943). Exceptionally gifted, Levicka had studied singing in Vienna before the war and had been awarded the first place in an international singing competition.

Upon her return to Vilnius, she performed at the philharmonic with a repertoire that included songs in Hebrew and Yiddish as well as classical pieces.

It was hard to imagine the Ghetto Theatre without her. Levicka was sent to the Lukiškės prison for smuggling a bag of beans to the Ghetto. She was tortured for a month and shot dead in Paneriai in January 1943.

The director of the theatre was Israel Segal, but poet Abraham Sutzkever (1913-2010) was the one with great influence over its activities. He would often compose the repertoire and was the director of the literary section. 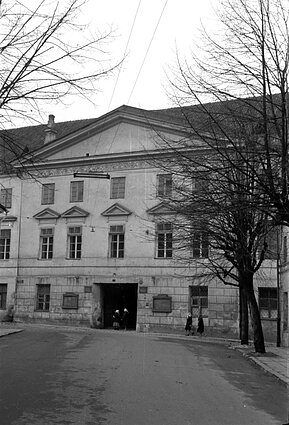 “In any case, do not think or say that there was much laughter or joking here... These were hours excised from that gruesome life. For example, twenty people sleeping on the floor. Very difficult to wash the bedlinen... Everyone is starving, always and forever everyone is starving... And at the same time you want to dance. You want to laugh a little, to forget... To forget the fences and gates all around,” Rachel Margolis (1921-2015), a former resident of the Vilna Ghetto, recalled the theatre in 2009. 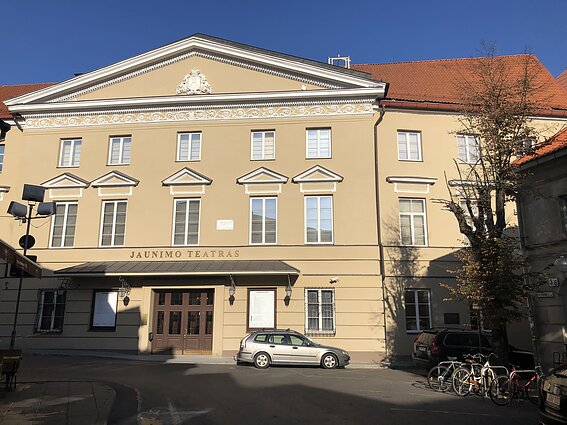 Tickets sold in the thousands and the packed audience hall attest to the popularity of the theatre despite – or precisely because of – the terrible everyday reality. Was it only a wish to laugh and to forget, retain a little normality in the presence of horror? Perhaps even a form of resistance. 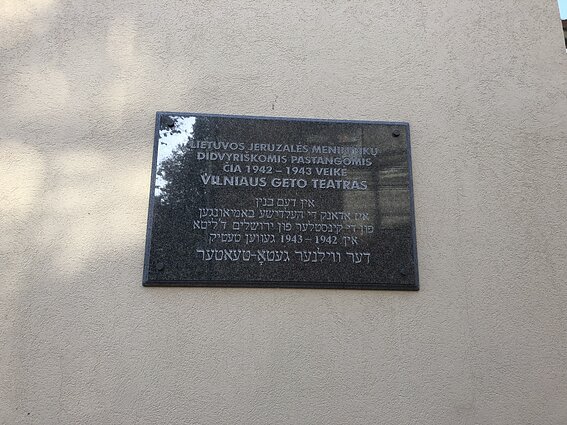 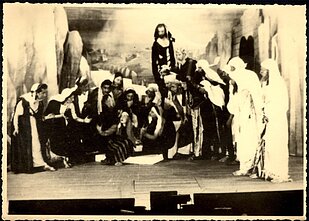 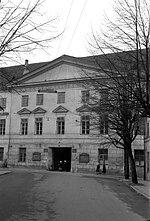 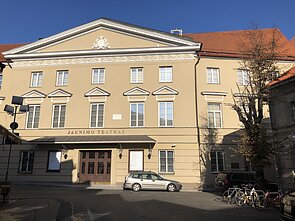 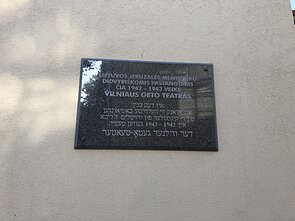