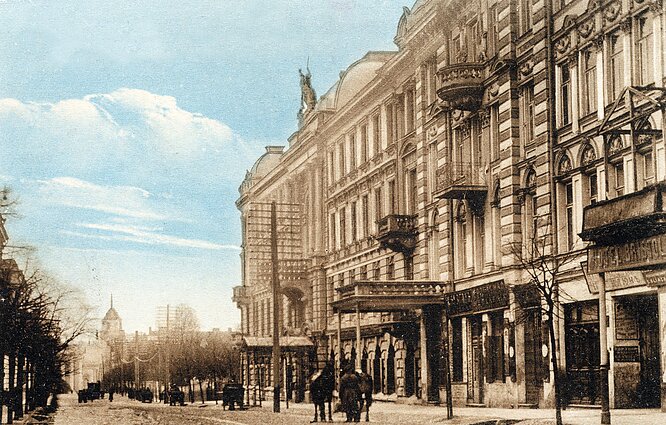 Postcard with Hotel Bristol / Library of the Lithuanian Academy of Sciences

Before being turned into communal apartments, a building on Gedimino Avenue used to house the grandest hotel in Vilnius. The story of Bristol Hotel is one of splendour, music and uproar.

One of the most luxurious hotels in Vilnius, Bristol Hotel, was established in 1902, in a building worthy of the hotel. It was one of the largest buildings in Vilnius, built just a few years prior and owned by the merchant Isaac Smazhenevich.

Built in the styles of Historicism and Neoclassicism, after a project by the city's architect Konstantin Koroyedov, the building accommodated not just a 35-room hotel, but also a concert hall, a restaurant, several stores and apartments.

The grand building with a winter garden and a flashy triple dome could boast comforts accessible to the lucky few – there was a hot air heating system, electric lighting, luxurious interiors and rooms with private baths.

A night in one of Bristol's more modest rooms would cost 1.2 roubles, a city worker's entire day's wage. 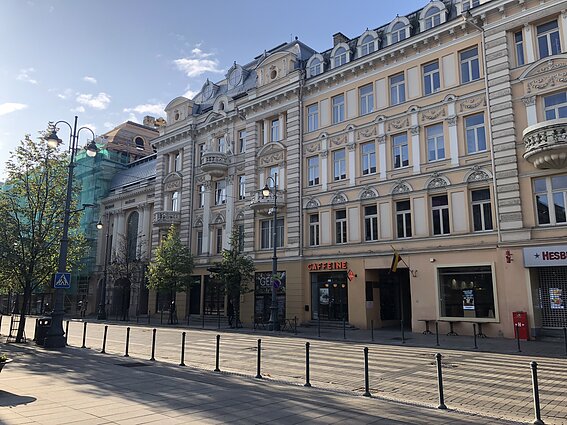 Many of the famous Jewish public figures were among the guests of the hotel: the historian Simon Dubnow (1860-1941), the famous writer and scientist S. Ansky (true name – Shlomo Zanvil Rapoport, 1863-1920). Bristol was doubtlessly widely known – in 1915, the printing house of A. Kühlewindt published a postcard with a picture of the hotel.

In today’s language, the complex of buildings of Bristol Hotel was a shopping, entertainment and business centre frequented by city visitors and locals alike. In 1909, eight-year-old Jascha Heifetz (1901-1987), who went on to become a world-class violinist, performed in the hotel’s hall.

After a fire in the theatre hall in 1904, the building was renovated according to a project by Mikhail Pozarov (1860-1914), one of the most prolific architects of Vilnius at the time. He seems to have contributed to constructing or renovating all the buildings on St. George street (now Gedimino Avenue).

After the renovation, the building became home to another famous city establishment, the popular restaurant ‘Green Shtral’. Named after its owners, it had two ‘brother’ establishments in the city – ‘Red Shtral’ (on the corner of St. George and Tatar streets), and ‘White Shtral’ (in Pilies street). 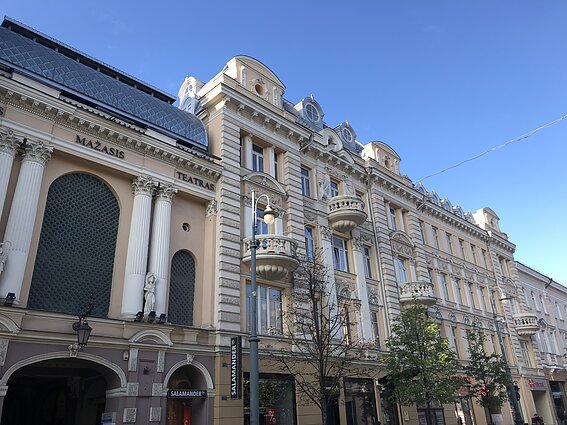 Its sumptuous environment attracted respectable clientele – merchants and salesmen visited the restaurant not only for the food or entertainment but also to conduct their businesses and finalise transactions.

In the 1930s, an orchestra of seven women performed in ‘Shtral’. Regrettably, its activities were cut short by young antisemites who threatened the musicians so much that they were never seen on the stage again.

Wars and occupations ended the story of Bristol Hotel – a story full of splendour, music, performances and uproar. During the Soviet period, the hotel and grand apartments were turned into a multitude of small lodgings whose occupiers shared communal kitchens.

Today, the building houses the Small Theatre of Vilnius, numerous shops and apartments above them.

Read more: Bunimovich chocolate factory that was once the pride of Vilnius 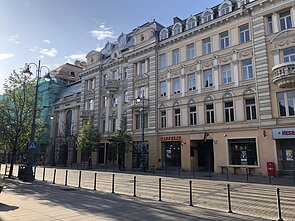 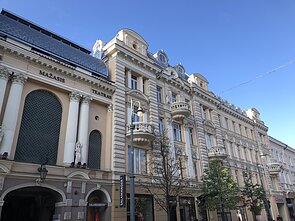 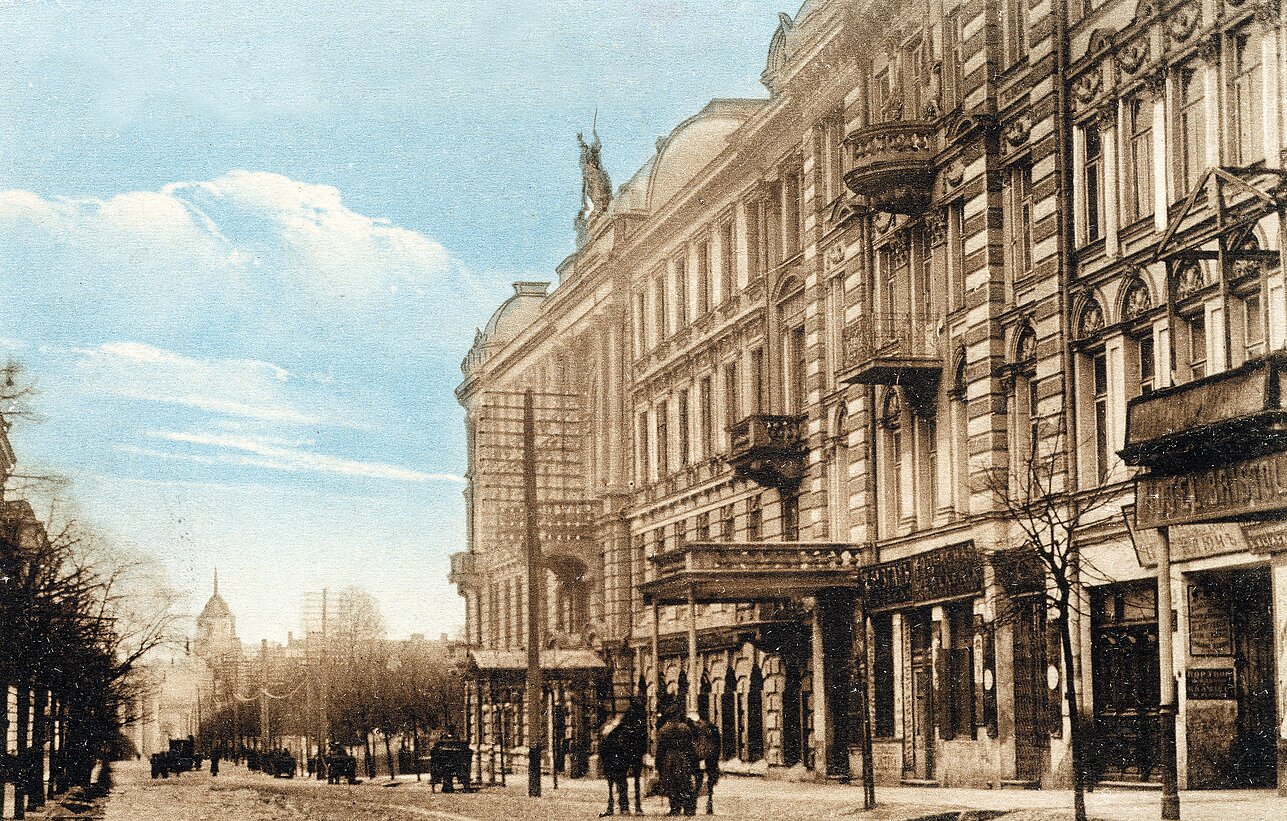 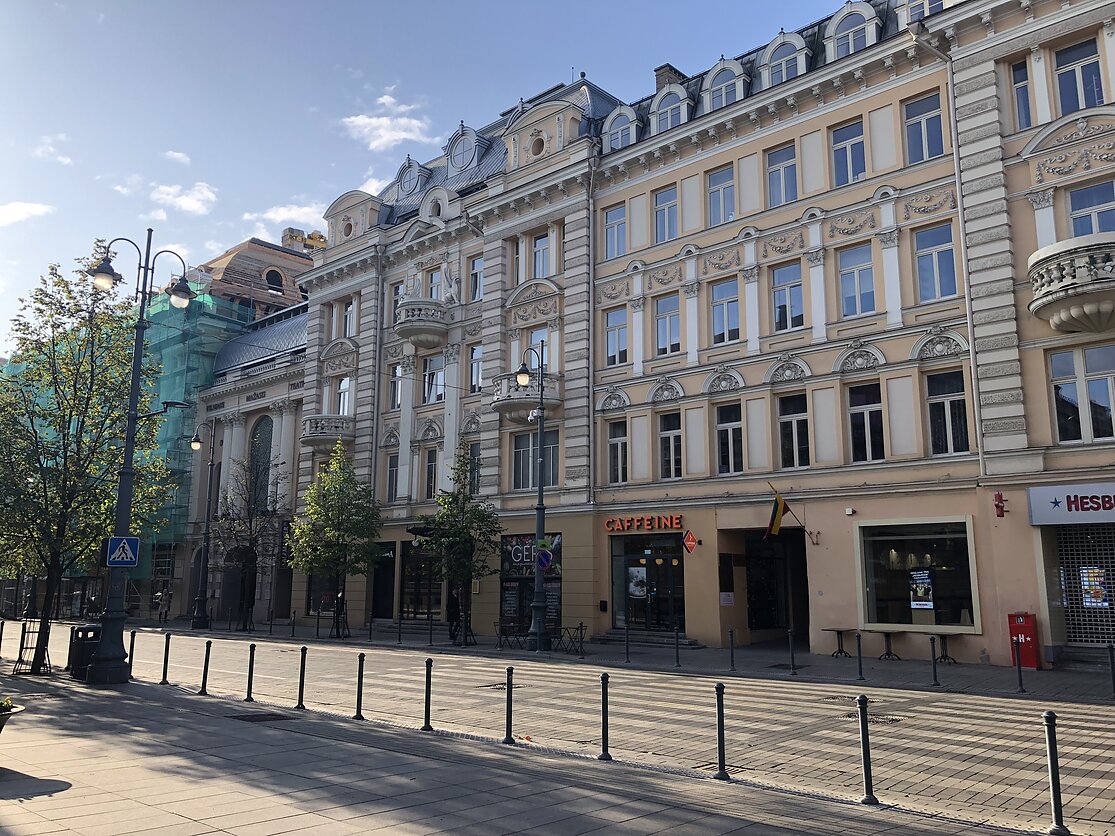 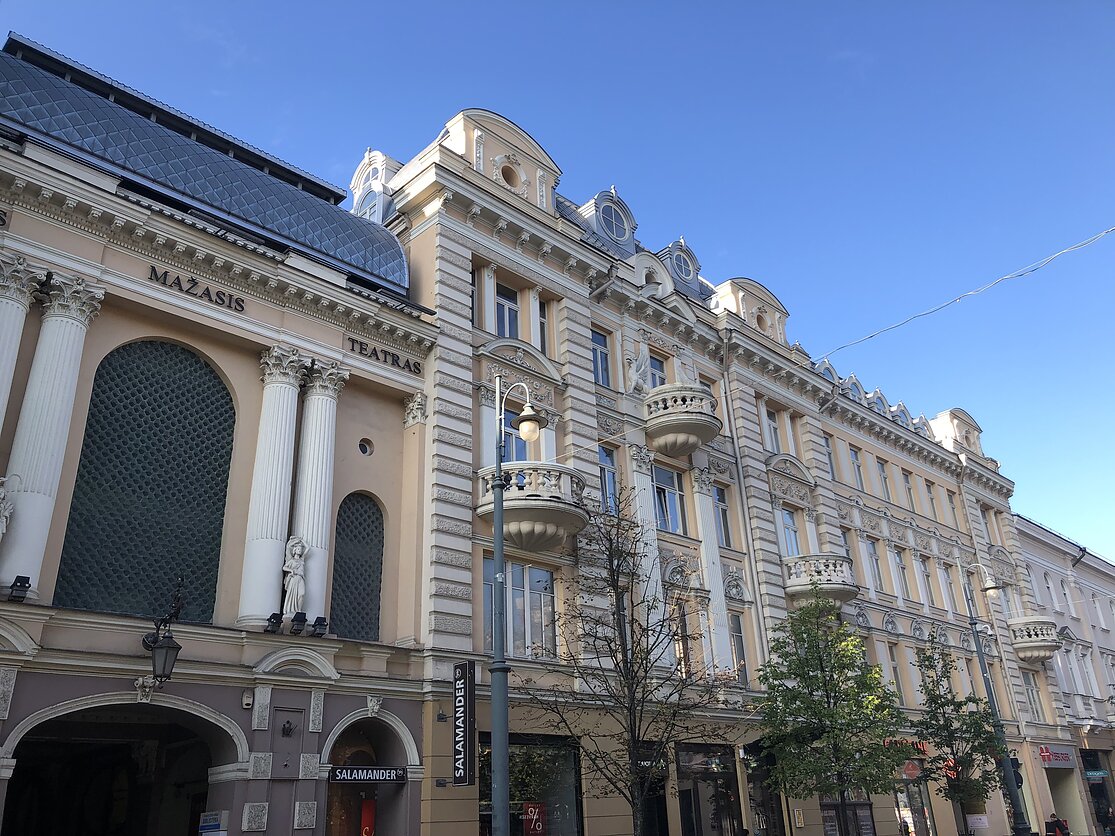