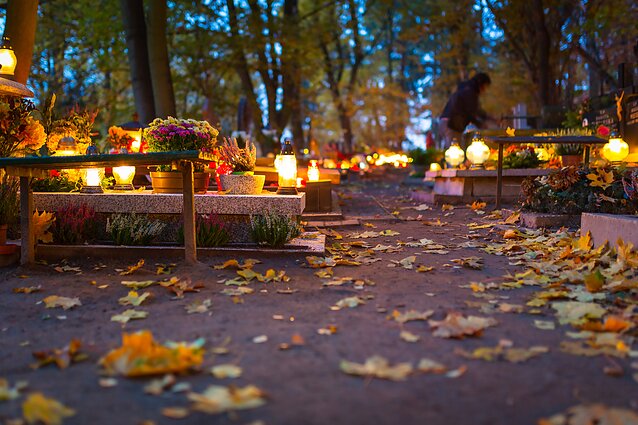 Candles in a cemetery / Shutterstock.com

Around the All Soul's Day on November 2, cemeteries across Lithuania light up with thousands of candles. While a beautiful sight, it leaves tons of waste afterwards and activists campaign for a more environmentally-conscious approach.

Darius Jakutonis works at a company managing cemeteries in Vilnius. Most of the year, his work consists of administrative duties, but in late October his routine changes significantly. Darius helps out cemetery caretakers to sort out waste left by people tending to their family graves.

The All Soul's Day is an important holiday in Lithuania when people remember their departed family members. As an expression of their thoughts, they light candles on their graves.

Darius feels that sometimes they overdo with the candles.

“Everyone is bringing as many as they can, so that their grave is best-lit, better than the next one,” he tells LRT TV. “Perhaps it's their way of expressing love? People are bringing not one candle, but boxes.”

Candles in glass and plastic containers add to the waste. Darius' firm, Stebulė, takes out about 200 tons of waste a month from the 25 cemeteries it manages. But in late October and early November, the amount triples. 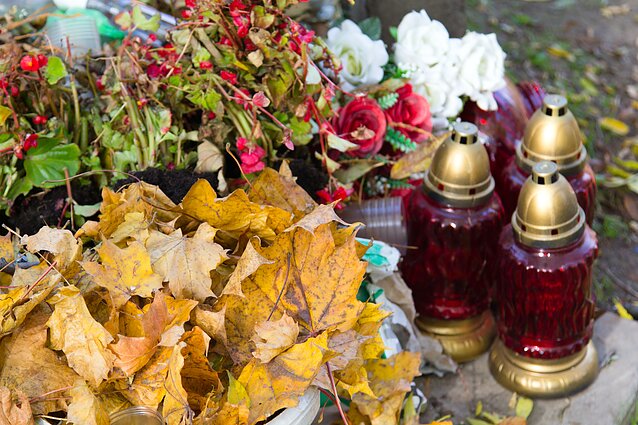 People should think about sustainability as well as their departed loved ones, says an organisation working to promote a more environmentally conscious approach. The November 2 Society says that one candle on a grave should be sufficient.

“There are no calculations from Lithuania, [...] but Slovenia, for example, estimates that its 2 million inhabitants bring 2,000 tons [of candles] to cemeteries each year, or 40 train wagons,” says the organisation's head Valdas Kaminskas. “Since we are no longer a poor nation and more populous [than Slovenia], our quantities are hardly smaller.”

Supermarket chains say that candle sales are growing every year, although sustainable products are also increasing in popularity. 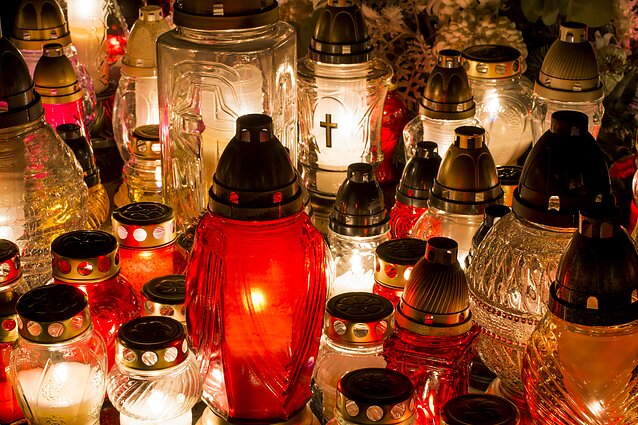 Candles in a cemetery / Shutterstock.com

“Last year, we sold 12 percent more candles than in 2017,” says Rima Aukštuolytė, a spokeswoman for the Maxima chain. “The peak is during the last two weeks of October and one person bought on average 10 candles.”

People interviewed by LRT TV said they thought more about tradition than environment. 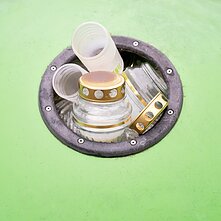 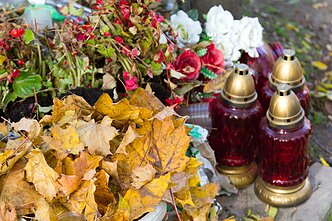 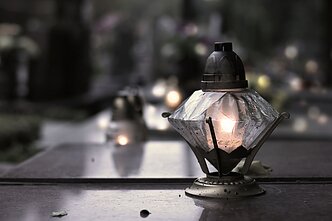 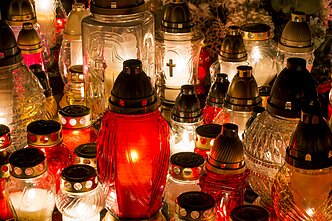 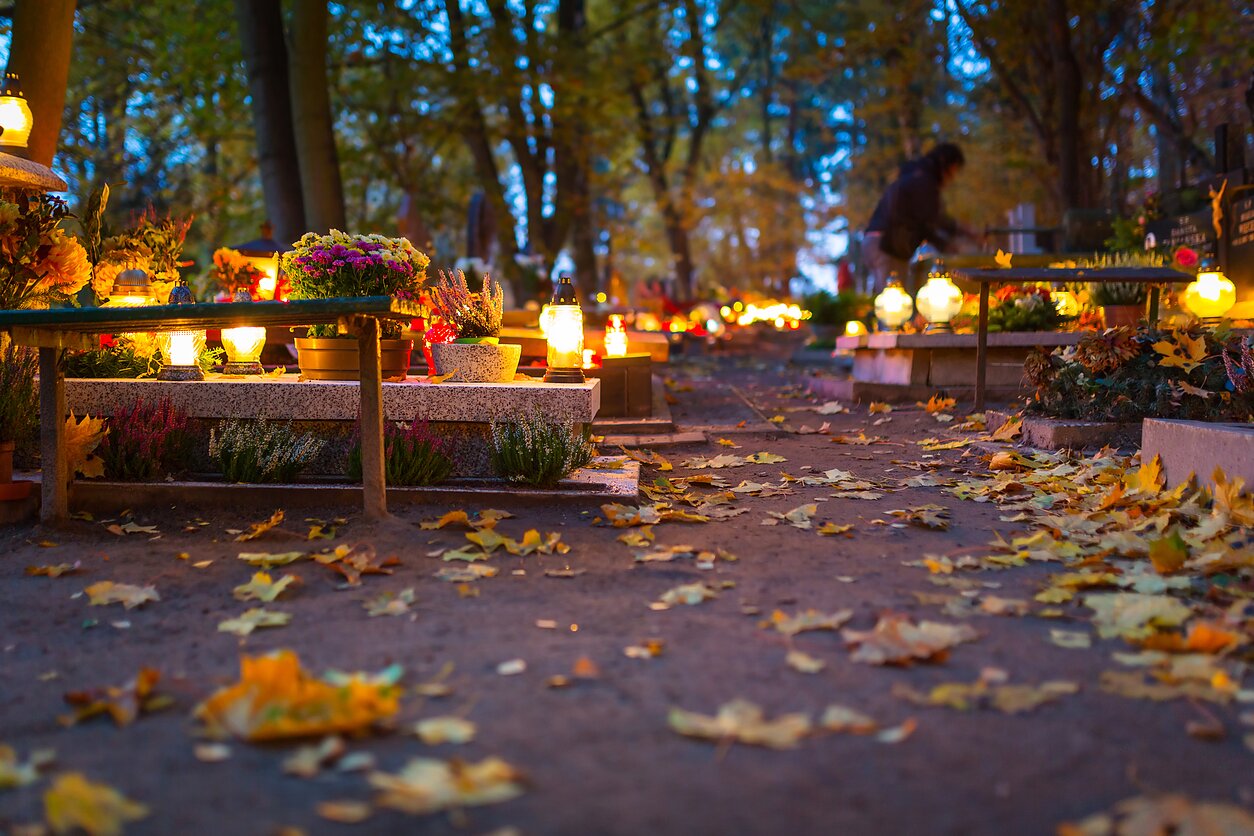 Candles in a cemetery
1 / 5Shutterstock.com 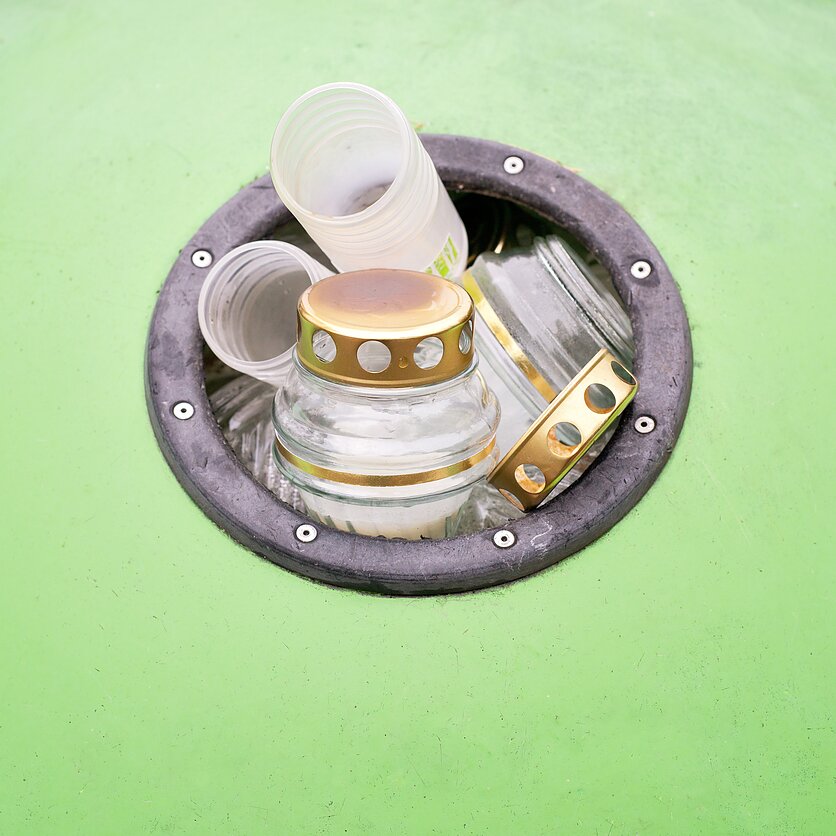 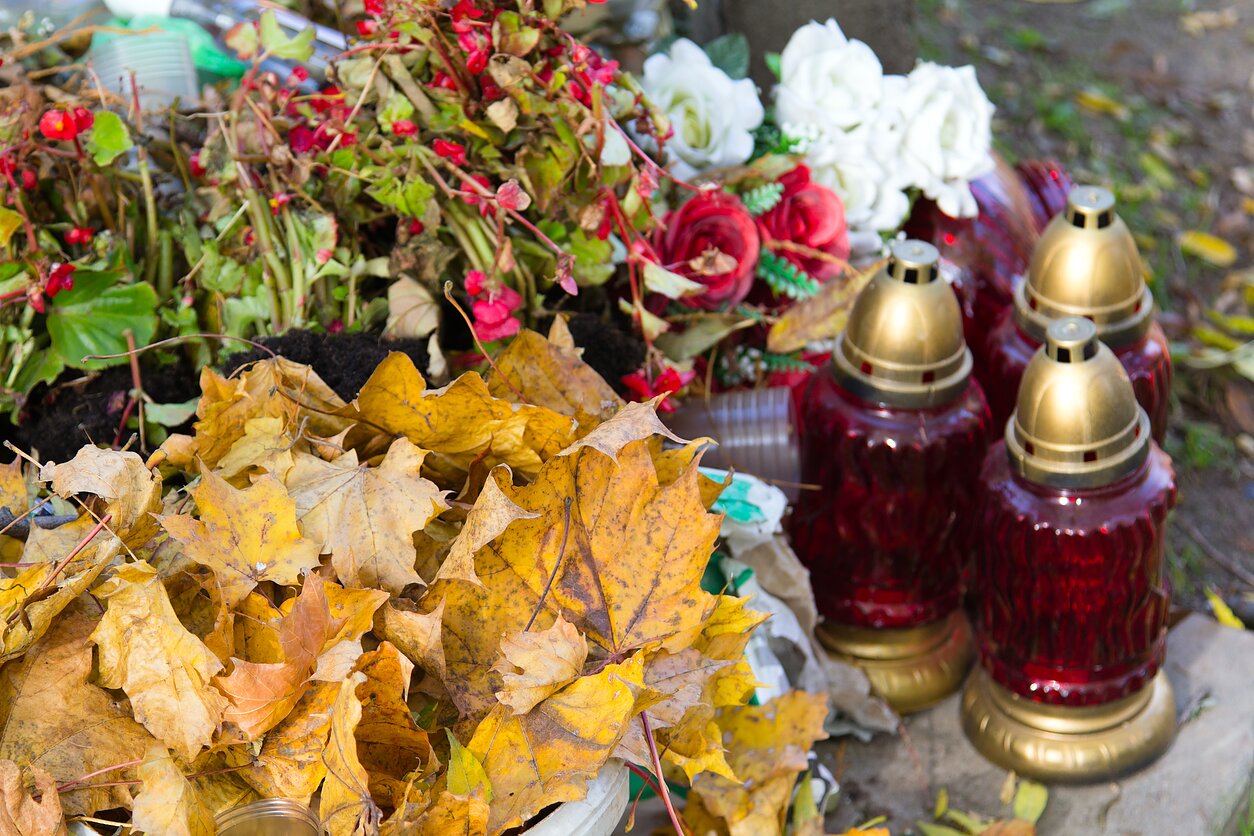 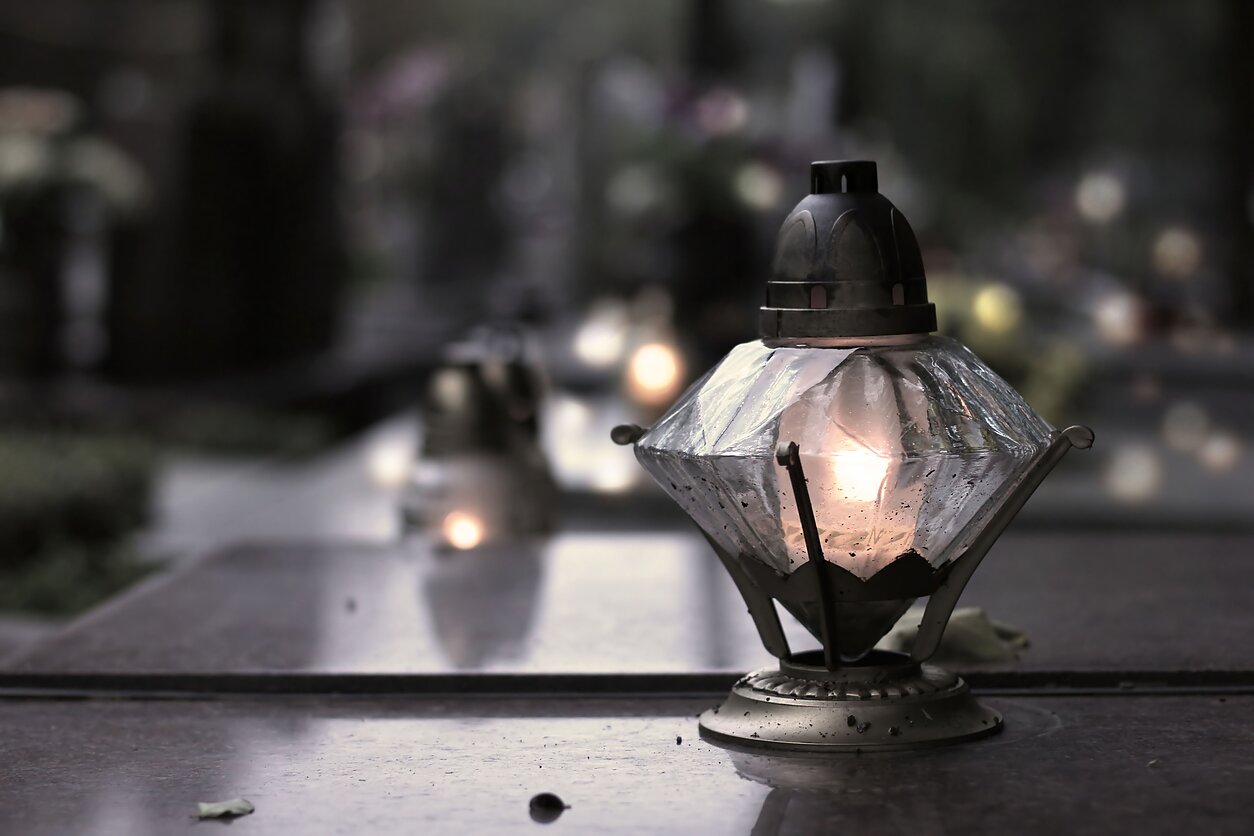 Candles in a cemetery
4 / 5Shutterstock.com 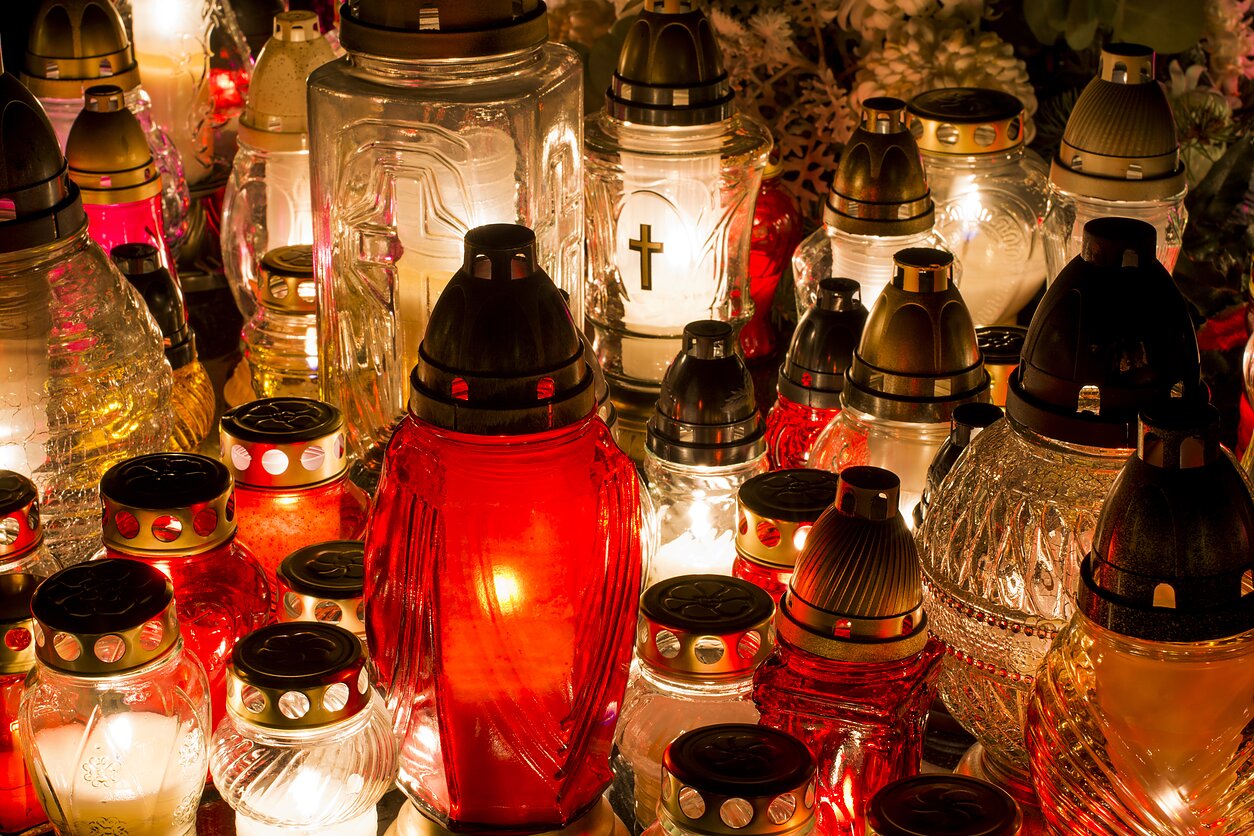 Candles in a cemetery
5 / 5Shutterstock.com