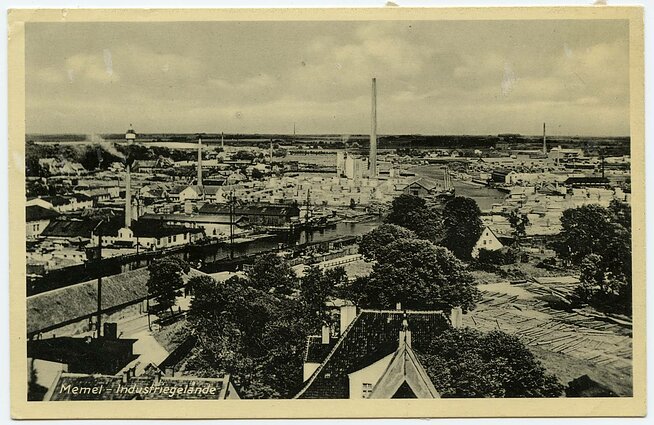 A panoramic photo of Klaipėda‘s industrial district during the interwar period. The 'Wolff Nafthal' company had a steam-powered sawmill on Dangė (now Danė) riverfront; the company sold grain for a while, too. Wolff quit active business after World War One and his sons took over. / A postcard with a photo of Artur Hennig. Photo from the archives of the public library of I. Simonaitytė, Klaipėda County, AdM (Arbeitsgemeinschaft der Memellandkreise e.V.)

As Lithuania gears up to mark 2020 as the year of the Vilna Gaon and the History of the Jews of Lithuania, a story about a visionary Litvak business family, their success, and the ultimate fall in the Holocaust, is brought to you by LRT English together with Vilnius University and Jewish Heritage Lithuania.

Back in the 1930s, a prominent family of Litvaks and Klaipėda business owners ‒ the Nafthals ‒ lived in a house on Liepų Street.

Nathan was the most successful of the three brothers – even before World War One, he brokered in wood trade and organised timber exports. Nathan obtained permission from the occupying German Ober Ost authorities to travel freely behind the front lines in Lithuania and Poland.

His influence among the local businesspeople as a result grew immensely and he was recognised by the Klaipėda Chamber of Commerce. He expanded his activities from brokerage to production – in 1917, he bought a factory and a sawmill from Richard Schak close to his father's company. 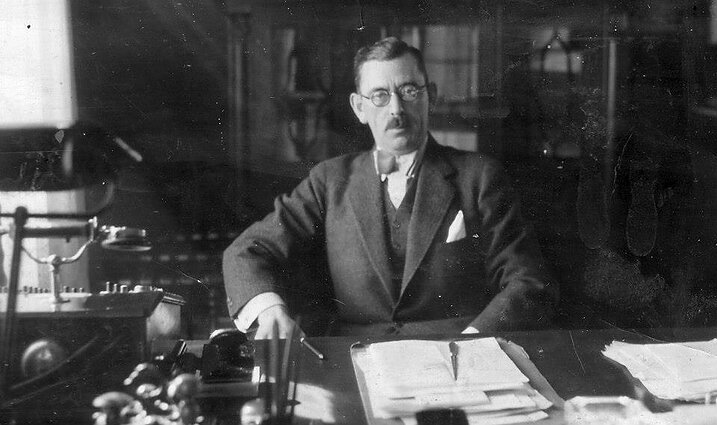 Nathan Nafthal in his office during the interwar period. The Nafthal family moved to Klaipėda in 1864 from Telšiai. The family became influential in Klaipėda with the ascent of Wolff Nafthal (1859-1933), who was one of the largest business owners in Klaipėda already at the end of the 19th century. / Ccollection of Hilda Nafthal/'Jews in East Prussia. Association for Culture and History'

Delivering timber to Klaipėda was an important condition for a successful business. So when relations between Lithuania and Poland worsened and timber transportation became complicated, Nathan began lobbying among the highest strata of Lithuanian, Polish and Germa figures.

By bribing and convincing, he tried to make sure that the Nemunas River be internationalised. In 1925, he mediated in unofficial negotiations between Lithuania and Poland, which, it seems, were also co-organised by him.

When agreement between the two states on transit shipping of timber by the Nemunas fell through, Nathan finally joined forces with owners of another Klaipėda sawmill to establish the joint-stock company ‘Klaipėdos medžių sindikatas’ (Klaipėda Timber Syndicate). 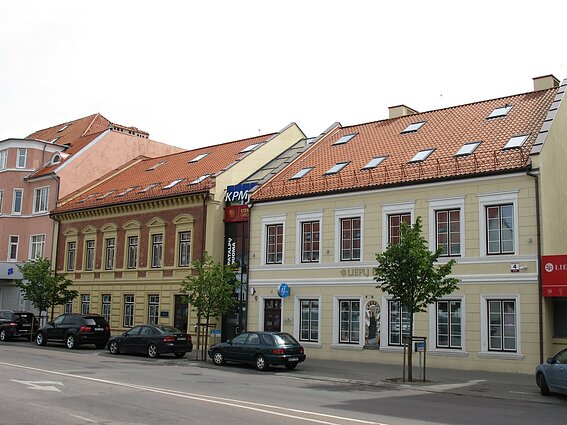 In 1930, with mediation by former Lithuanian Prime Minister Ernestas Galvanauskas, Rudolfas Valsonokas, and others, he managed to convince the USSR's ‘Exportles’ company to sign a contract to supply Klaipėda with wood without using the Nemunas which passed through Polish-occupied Lithuanian territory.

He also convinced the Lithuanian government to provide exclusive lower railway fares for the deal.

Nathan had a bunch of other responsibilities, including a membership in observer councils in several companies, chairing the observers council of Klaipėda's vodka and liqueur factory, and serving as the honourary consul of Portugal in the Klaipėda Region in the 1930s.

A panoramic photo of Klaipėda‘s industrial district during the interwar period. The 'Wolff Nafthal' company had a steam-powered sawmill on Dangė (now Danė) riverfront; the company sold grain for a while, too. Wolff quit active business after World War One and his sons took over. / A postcard with a photo of Artur Hennig. Photo from the archives of the public library of I. Simonaitytė, Klaipėda County, AdM (Arbeitsgemeinschaft der Memellandkreise e.V.)

Successes were followed by personal misfortunes: when Lithuania and Poland renewed their diplomatic relations in 1938, with Lithuanian Land Bank mediating, Nathan was required to give back the credit that he got from Poland fifteen years ago.

As National Socialists took over Klaipėda, Nathan was forced to sell his business and move to Lithuania, and, in his new home, he was unable to achieve anything comparable to his successes in Klaipėda.

His wife Helene, whom he married in 1911, died around the same time. Finally, the family was eviscerated during the Holocaust: Nathan and his sons Alfred and Manfred survived the Kaunas Ghetto, but were killed in the Dachau concentration camp in 1945. The Nafthal history was continued by his daughters Hilde and Ulla, and his younger brother Max. 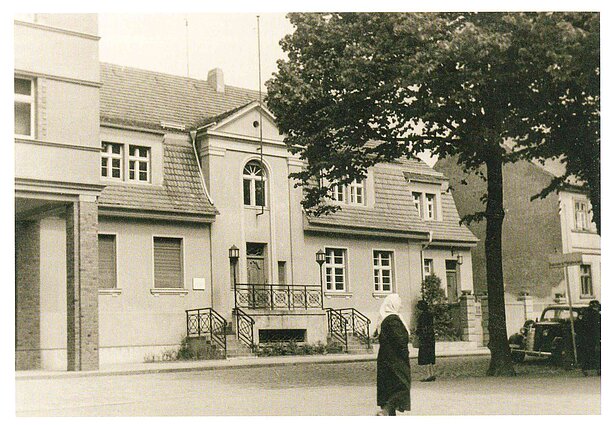 The former house of Nathan Nafthal in the present day Liepų street. Eldest brothers Nathan and Bernard were business partners in the “N. Nafthal & Co” company, and the youngest brother Max Meyer started his own independent business of international wood commerce and timber brokerage in Klaipėda in the 1920s. His company owned the loading square on the right shore of the Dangė. / Photo from the archives of the public library of I. Simonaitytė, Klaipėda County

The Nafthals had a complicated relationship with their Jewish roots: Wolff, even though he was a “Russian Jew”, joined the activities of the local Synagogue Community quite early, by 1885 at latest.

He had been a member of the representative college of the community since 1906, worked on its board since 1922, and became the chairman in 1930. His son Nathan, on the other hand, was an emancipated Jew who did not really care for Judaic traditions, did not eat kosher and sent his children to German schools of Klaipėda.

And Nathan's daughter Hilde, who got the surname Sturmann by marriage, was a Zionist and emigrated to Palestine in 1935.

Read more: Bunimovich chocolate factory that was once the pride of Vilnius 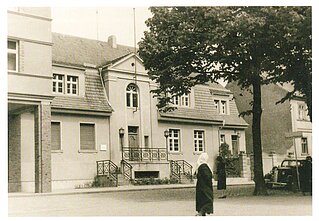 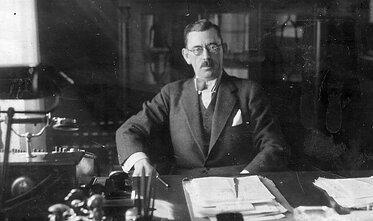 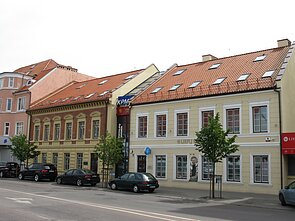 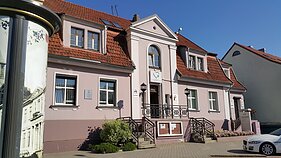