We have to be Lithuanians first and Europeans later, President Nausėda says 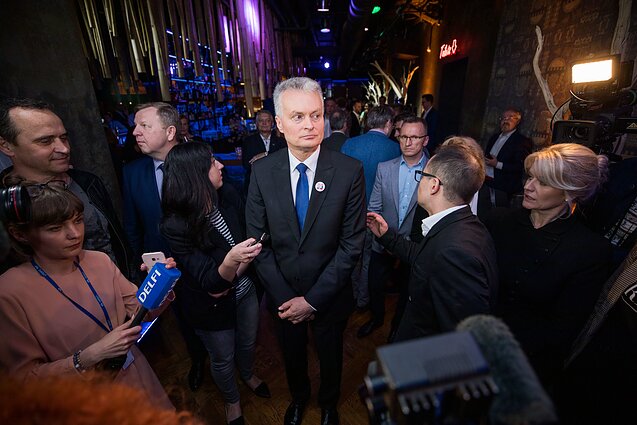 State institutions should pay more attention to the promotion of historic memory, culture and the Lithuanian language, Lithuanian President Gitanas Nausėda told BNS in an exclusive interview, and has also underlined the need to take the opinion of the Catholic Church into account.

Nausėda also pointed to the threat of globalization-induced "temptations" to the Lithuanian identity, especially among young people. The head of state believes the recent sharp discussions on historic issues show that the public is looking for inspiration in the past and wants "to see heroes there, not only criminals".

"I believe that, in our today's historic discourse and in general in the public life, [...] the historic past evolves into very sharp forms," the president said.

"All of that I had in mind when I spoke about the need for us to resist the temptations of globalization, that we have to be Lithuanians first and only then Europeans and everything else," Nausėda added.

He also expressed his concern over the recent public rift around the memorial plaque to Jonas Noreika, a controversial WW2-era figure, saying that the Vilnius mayor is to blame for that.

Nausėda said his initiative to establish a historic memory forum would allow bringing positions together, and until then he called on municipalities to refrain from controversial decisions regarding memory policy. 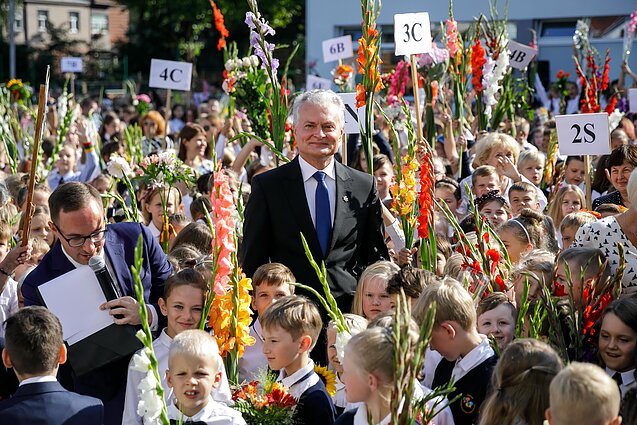 "I do understand that we will not resolve all issues during the first, second or even fifth meeting. But what I am really concerned about is that some 60 [different] policies might emerge in Lithuania as different municipalities might view the historic memory as they like. And we definitely need certain rules," the president said.

The president also said more attention should be paid to the promotion of the Lithuanian language, and he also criticized the decision by former governments to merge several institutes of Lithuanian studies.

"Some time ago, we saw attempts to eviscerate the Centre of Lithuanian studies by splitting it and making it smaller. I don't think it's the right path, and I think we have to give more attention to our culture, language and history," Nausėda said. 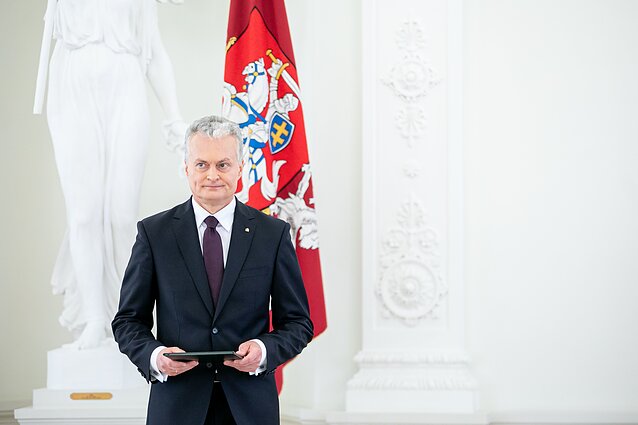 A proposal by a working group to merge several institutes of the Lithuanian language, history, literature and folklore into a single Lithuanian center of humanitarian research caused outcry last year.

Government representatives said then the move was aimed at avoiding overlapping, but critics said the proposed optimization could have undermined the status of the Lithuanian language. The plan was not implemented.

In the interview, Nausėda also said he would not ignore the public opinion when making decisions on LGBT+ policies to avoid public polarization.

"This was the question the speaker of the Swedish Riksdag asked me during his recent visit to Lithuania. We said we will be resolving this issue [by] moving in the direction of ensuring human rights, but still taking into account the specific existing public position which is not homogeneous and differs considerably in major cities and rural areas," Nausėda said. 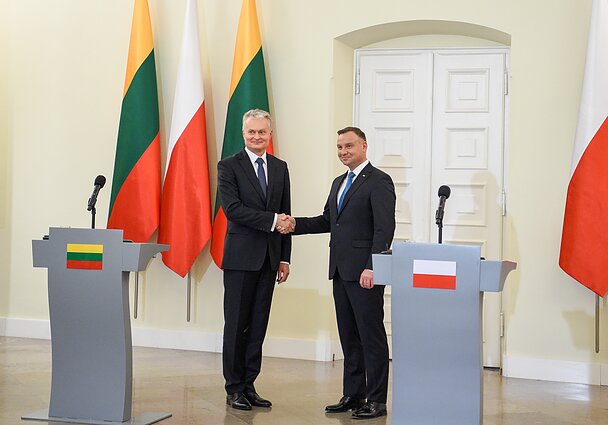 "And only afterwards will we make decisions, as it's also very easy to spark major polarization in this area. And I am 105-percent convinced that it's impossible to seek either the creation of a welfare state, or the implementation of any constructive objectives in general in an atmosphere of polarization," the president said.

Nausėda said he would take into account the Catholic Church's position on value matters, but it would not be the only one he would listen to when making decisions.

"The Catholic Church has always been and will be important for me. Is it the only one? No, but, with no doubt, we need to take into account the opinion of the Catholic Church, having in mind the fact that the majority of people in Lithuania are religious and are Catholics," Nausėda said. 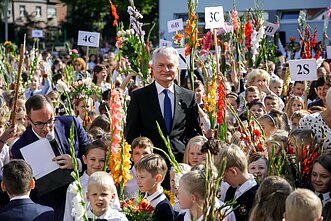 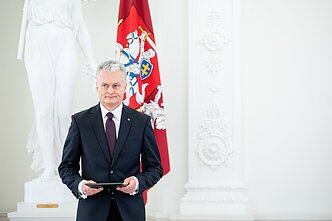 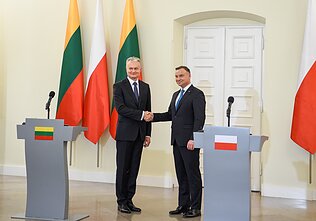 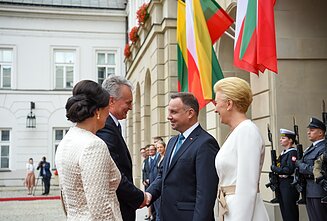 # Features# Politics# Baltics and the World