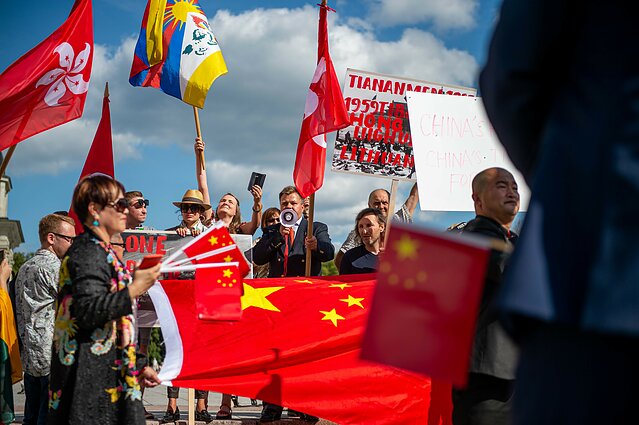 Lithuania's Ministry of Foreign Affairs on Monday summoned the Chinese ambassador and handed a diplomatic note over the embassy's possible involvement in a counter-protest during a Hong Kong support rally in late August.

The note stated that the actions of the representatives of the Chinese Embassy against democratic freedoms enshrined in the Lithuanian Constitution, and violations of the public order are unacceptable and will not be tolerated, the ministry said in a statement.

"During the meeting, the Chinese side was encouraged to take all necessary measures to avoid the repetition of such incidents in the future," the Lithuanian Foreign Ministry said.

Foreign Minister Linas Linkevičius told BNS the Chinese diplomats crossed the line, as diplomats can observe demonstrations but should refrain from taking part.

"Based on the information we have, the behavior of some diplomats crossed that line [that the] diplomats should have. We, therefore, expressed our regret and demanded that similar actions should not to be repeated in the future," the minister told BNS.

"We believe it was not in line with the diplomatic status [and] participation [...] was more active than it should have been," said Linkevičius.

"Lithuania is a free country and one can express thoughts and opinions here, but that should be done in accordance with the public order. It applies, first of all, to citizens, but the diplomatic corps must be neutral."

The minister expressed hope the incident would not affect the bilateral relations between Lithuania and China. "I hope it won’t. In general, our relations have been developing pragmatically, respecting each other's interests, and I hope it will remain so," the minister said.

The incident in the Cathedral Square in central Vilnius took place on August 23 at the end of a rally when several hundred people gathered in support of Hong Kong activists.

The solidarity demonstrators joined hands in a symbolic gesture as thousands of protesters in Hong Kong, some 8,000 kilometers away from Lithuania, formed a human chain to protest against a bill on extradition to mainland China and police violence.

The demonstrators were met with tens of Chinese counter-protestors who displayed posters saying Tibet and Hong Kong are “China's forever”. 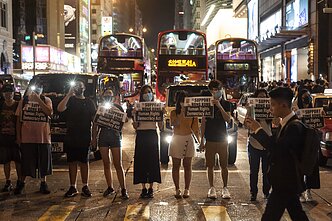 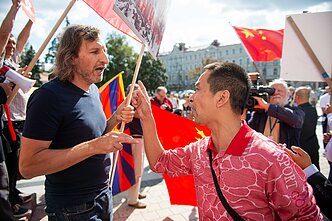 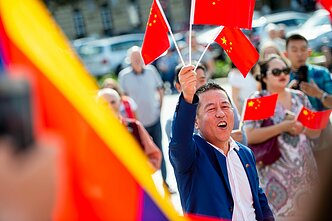 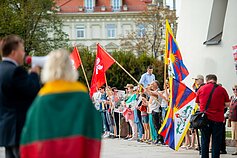 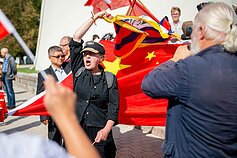 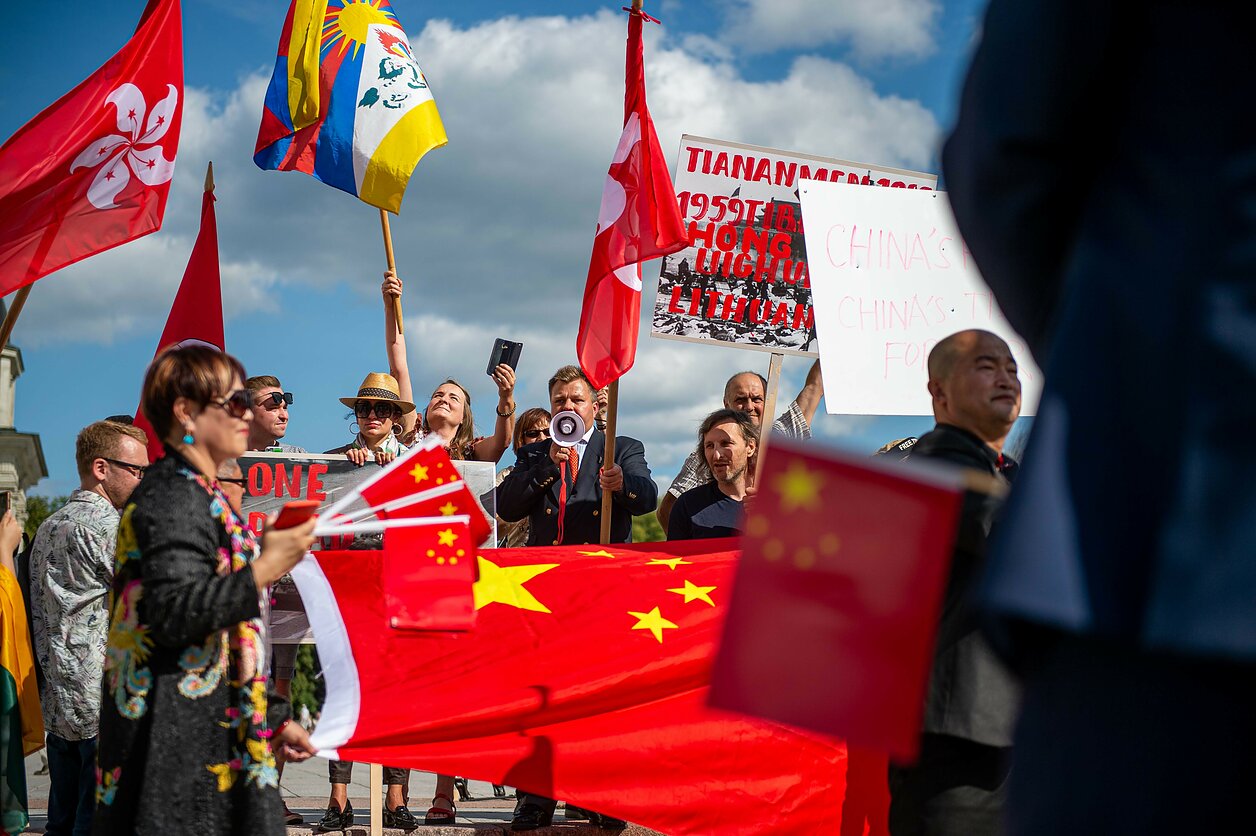 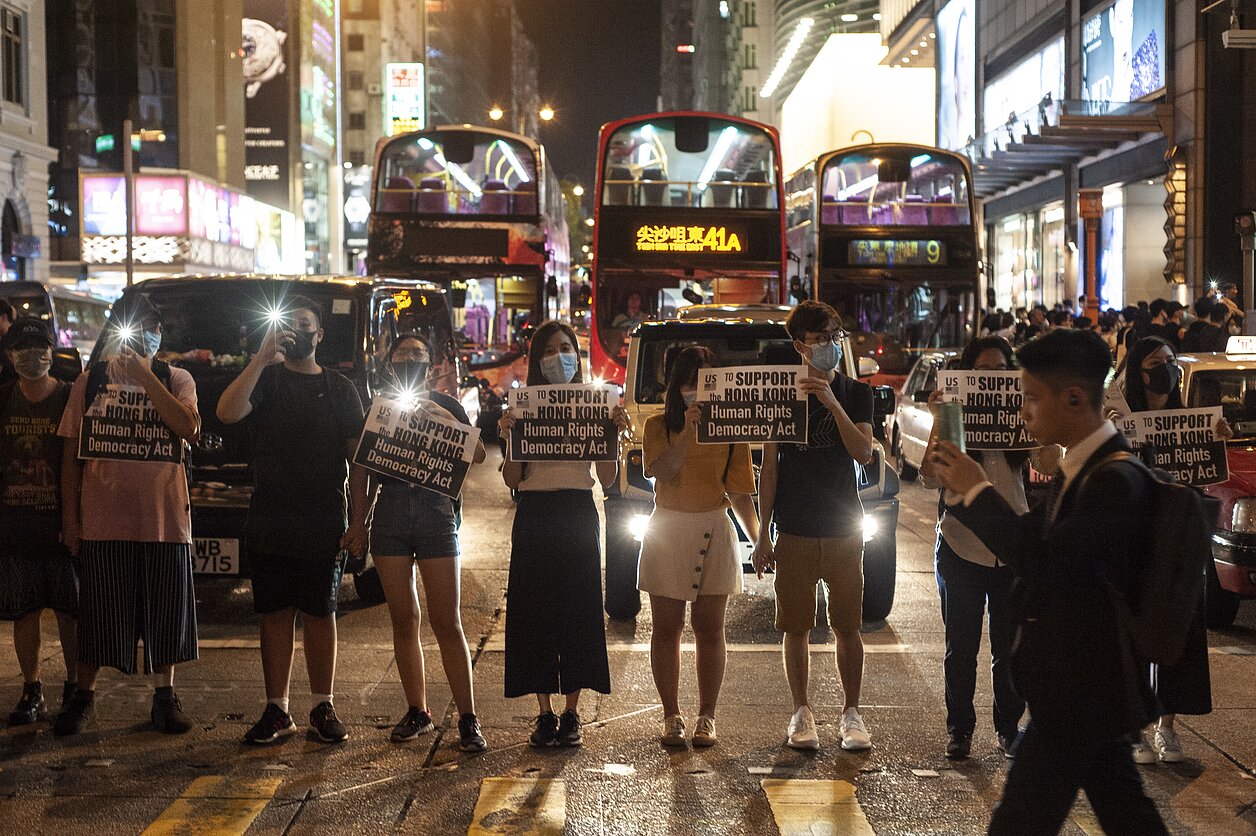 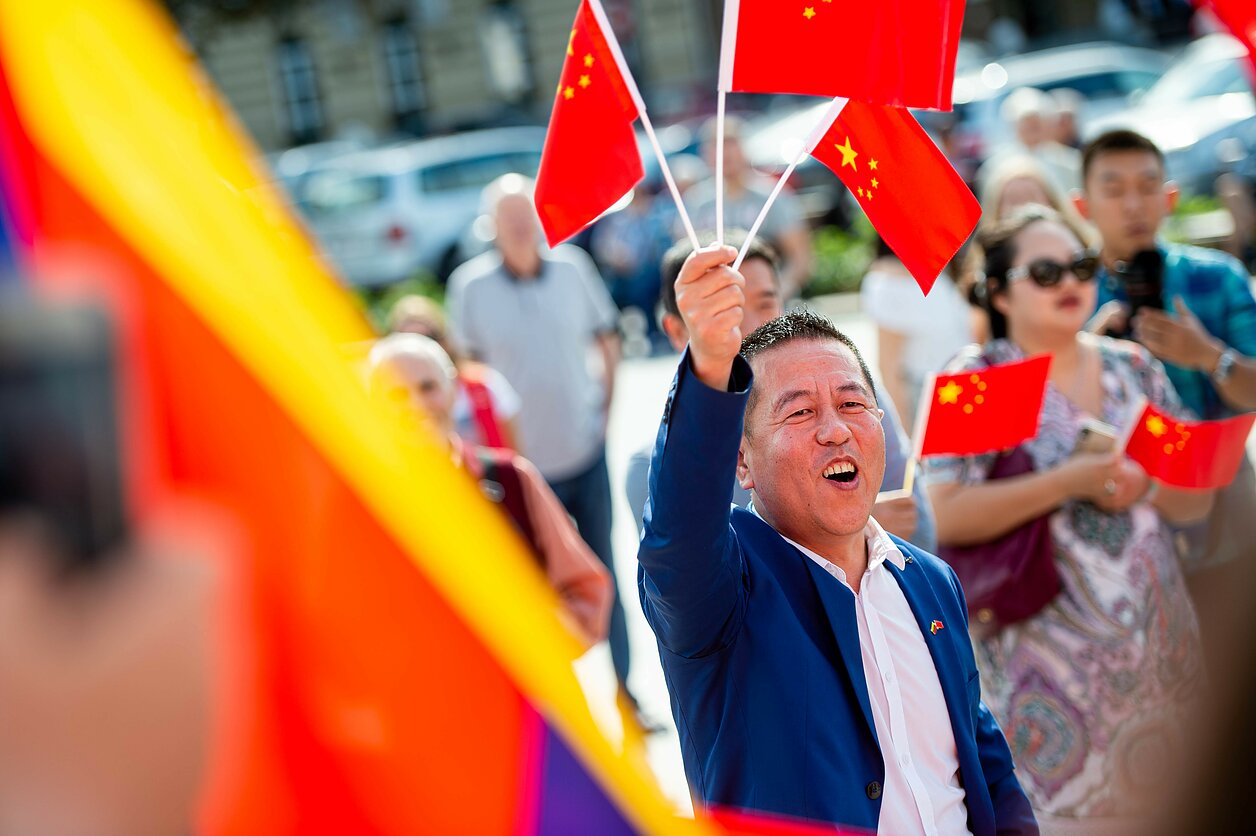 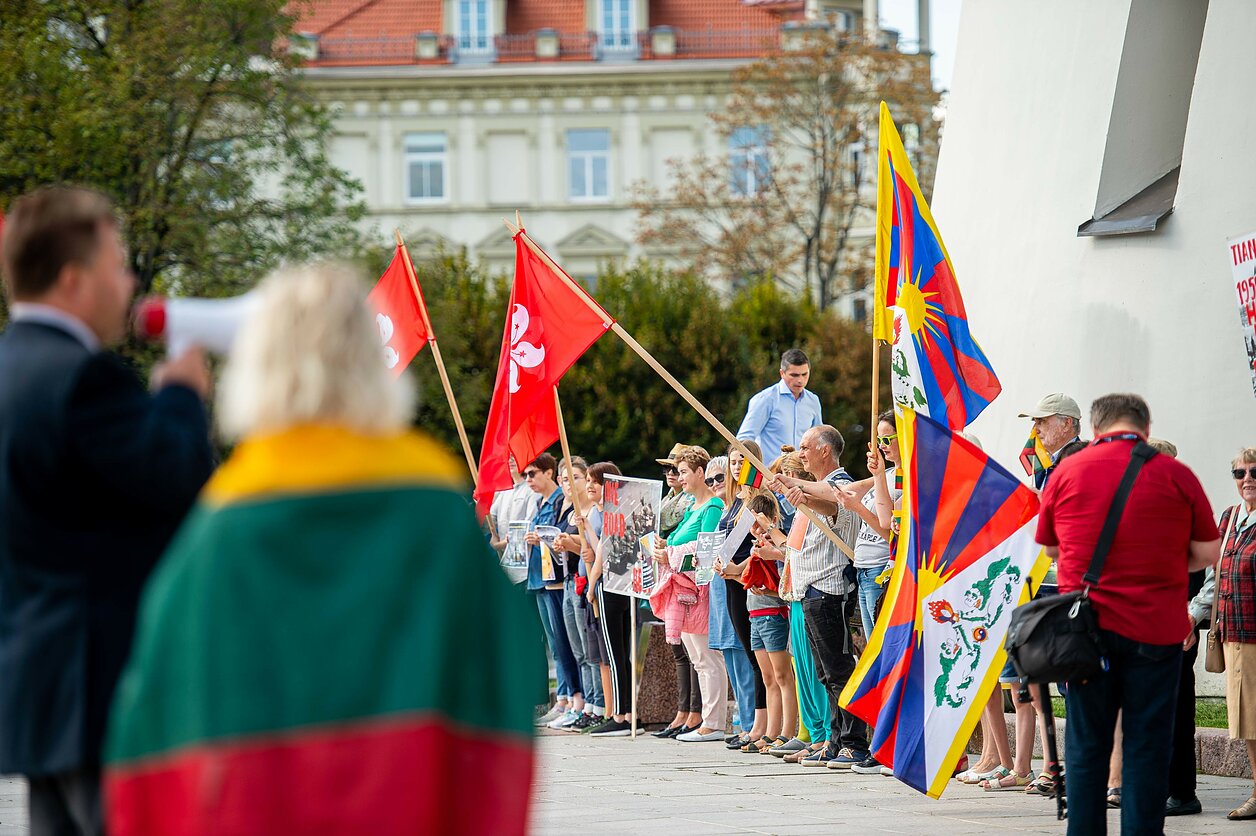 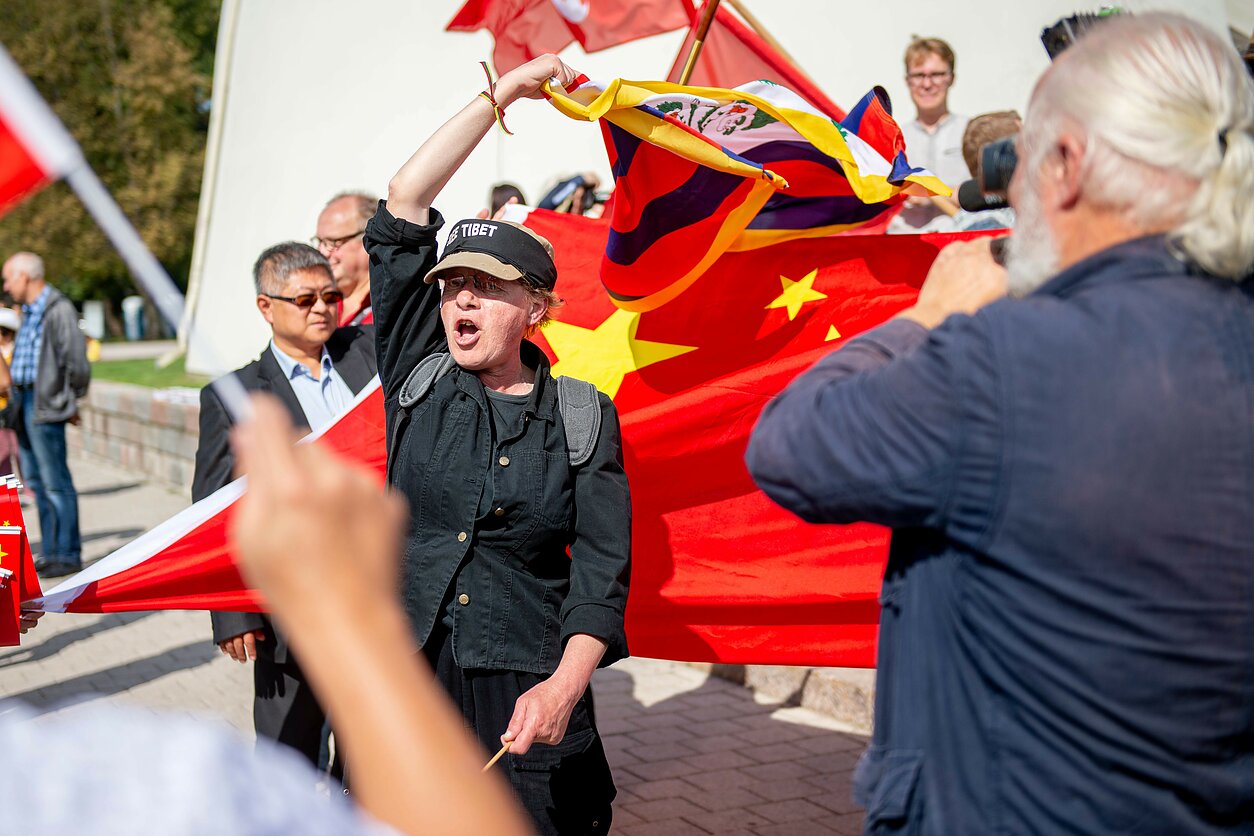