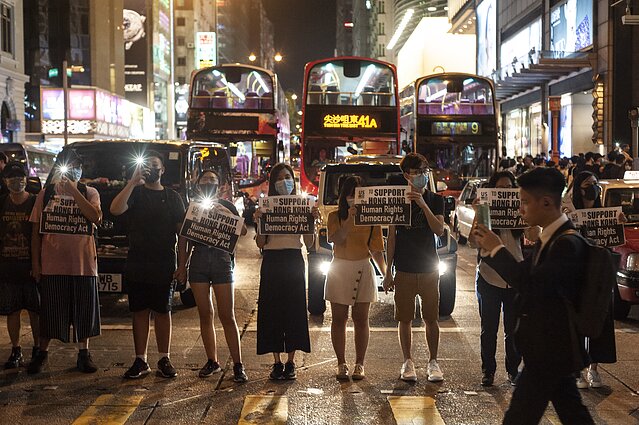 It is Friday night in Kowloon, the taxi cabs make their rounds on the streets and the usual crowd is out enjoying the humid weather of a Hong Kong night. The air that normally is a cacophony of traffic and chatter has a different sound though tonight, thousands of voices unifying in chants of “Free Hong Kong!” and “Democracy now!” as thousands of Hong Kongers came out to hold hands and form a human chain that spanned the length of the city in a peaceful showing of the force of the people.

Protesters stood shoulder to shoulder and clasped hands to form a human chain that stretched along three MTR Lines from Causeway Bay to Kowloon Bay in a peaceful protest they referred to as ‘The Hong Kong Way’ a tribute to the 1989 ‘Baltic Way’ protests that saw a human chain stretching 600 kilometres from Lithuania to Estonia.

Much like the Baltic Way protests of 30 years ago, the protesters that lined the streets of Hong Kong tonight remained peaceful throughout chants and singing, the chain often breaking briefly along roadways to allow cars and busses to pass without interference. As many would readily say, the protest is not about inconveniencing other residents of Hong Kong, it is about a showing of numbers, and judging by the amount who turned out, it was a success.

“We are tying to appeal to the United States and to the rest of the world to stand behind us. You see the Chinese trying to portray the Hong Kong people and the protesters as violent, but you see we are out here united proving we are peaceful,” one protester said, a sign reading: ‘US Support Hong Kong’. 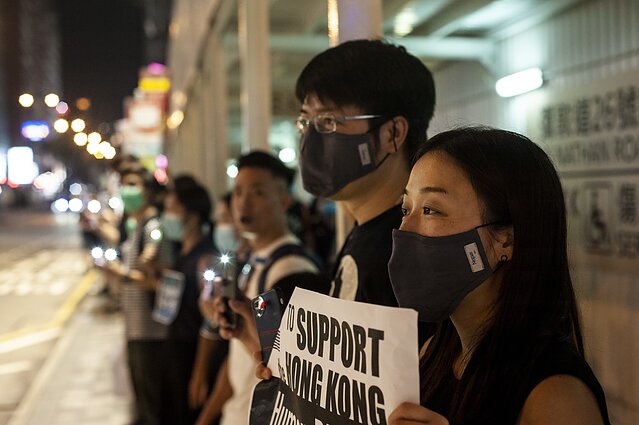 While in the previous weeks clashes between police and protesters took a violent turn, culminating in tear gas filled streets and police in Riot Gear charging towards protesters, The Hong Kong Way protest followed a trend of peaceful mass protests throughout the week.

Some in Hong Kong view peaceful action as a better alternative to violent confrontation. “The protests two weeks ago started to hurt not just the Chinese but also those in Hong Kong, local businesses are feeling the effects of the protests, with some of the restaurants empty and local hotels seeing a lot of cancelations.” Tommy Tse, a protester, commented.

The Hong Kong people have never experienced this, so we look to events such as Maidan in Ukraine, and Baltic Way as a guide to follow.

The threat of violence still looms however, the residents of Hong Kong are aware of the fact that Chinese troops are massing at the border town of Shenzhen, and that despite the calmness of the previous week protests can erupt in violence at any moment. Many that turned out for the Hong Kong Way protest tonight carried with them a gas mask or a hard hat, just in case. Unlike many marches and protests before however, police presence in Kowloon was nonexistent, even at the station near Jordan, police officers could only be seen moving around inside the station, the courtyard out front was a ghost town. 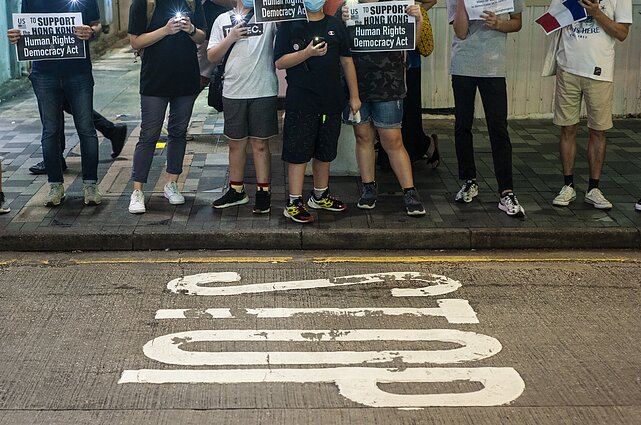 “Peaceful is not enough for the Chinese government, we do what we can, but if not peaceful we have shown we can fight too. The Hong Kong people have never experienced this, so we look to events such as Maidan in Ukraine, and Baltic Way as a guide to follow,” another protester commented, unwilling to share his name, but impassioned by the turnout of the crowds.

If we don’t do something now, we might never get the chance again.

The human chain lasted for nearly two hours, with shop keepers and tourists coming out of the stores and hotels to watch and for some, to join in with the chanting and singing. By 9:30 pm, the chain had dissipated and those who had participated melted away into the once again crowded and busy streets, leaving not even a water bottle or folded sign behind. More protests are planned for the weekend, including the possibility of another occupation of the Hong Kong Airport, which two weeks ago completely shut down the airport and incoming and outgoing flights for several days, finally culminating in violent clashes between protesters and police officers. 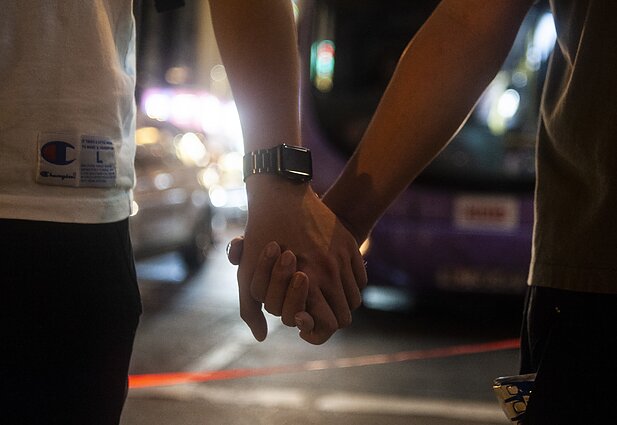 What lies ahead for the people of Hong Kong is unsure, there are those who feel that China will not let this movement go unchecked and that a confrontation between forces from Beijing and the protesters is inevitable. Others retain their opinion that as long as future protests follow in the vein of events such as The Hong Kong Way, a diplomat solution can be reached. Regardless, the stance of most Host Kong residents on the issue is obvious from the sheer amount of people who have been turning out for the demonstrations.

As the Hong Kong Way protest began to dissipate, one protester stopped to say, “No matter what happens, that Hong Kong came out to do something and unite is what is most important, if we don’t do something now, we might never get the chance again.” 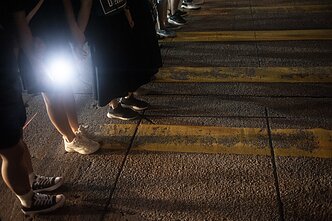 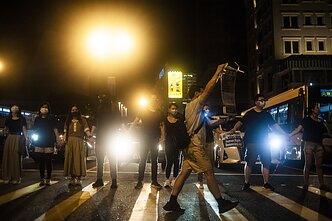 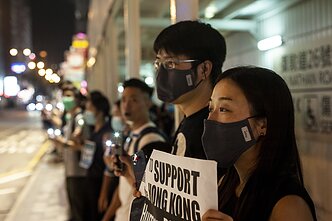 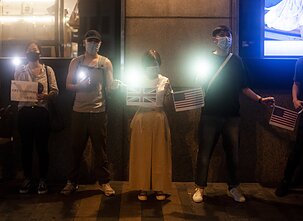 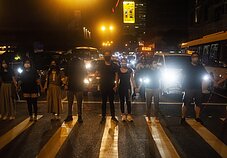 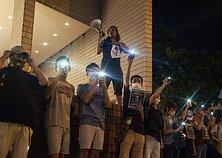 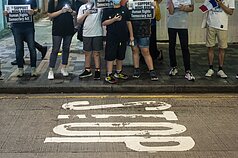