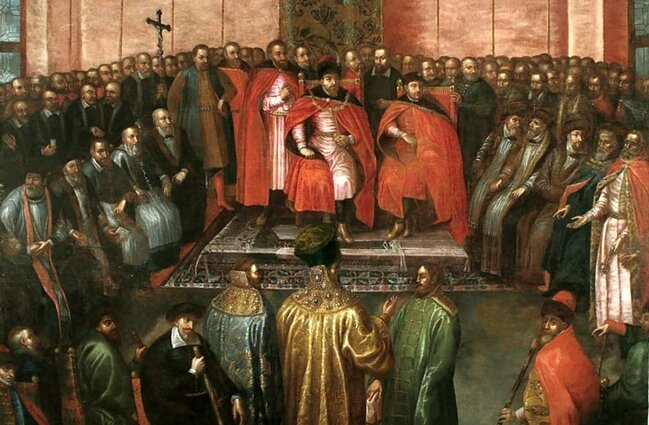 The Polish-Lithuanian Commonwealth eventually perished by falling victim to its more powerful neighbours, but a seventeenth-century painting, on display in Vilnius, depicts the dual republic at its peak, having brought down the tsar of Moscow.

The big, almost 3.5m by 3.5m, piece has been installed in the Renaissance Hall of the Grand Dukes Palace and will be exhibited in Lithuania for two years.

The painting is attributed to followers of Tomasso Dolabella, a Baroque Venetian painter who worked in the royal court of King Sigismund III Vasa in Warsaw.

The canvass depicts a historic event from 1611, the act of homage of the Muscovite Tsar Vasily Shuysky at the Sejm of the Polish-Lithuanian Commonwealth.

Shuysky and his brothers were brought to Warsaw after a successful Polish-Lithuanian campaign in Moscow. The deposed tsar was forced to swear allegiance to the Commonwealth, while prince Wladislaw Vasa, the son of King Sigismund III, was elected to the Russian throne.

“This was a huge humiliation for the Muscovite state,” says Vydas Dolinskas, the director of the Grand Dukes Palace museum. “In the Warsaw Castle, the Senate Hall, the dethroned tsar, his closest family, his state officials and the patriarch of Moscow had to swear allegiance to the Polish-Lithuanian Commonwealth and its king.”

He says that capturing sovereigns during military campaigns was not unusual in Medieval and early-modern Europe, but it is a rare case where the captive was never ransomed. Shuysky and his brothers died in captivity and are buried in Poland. 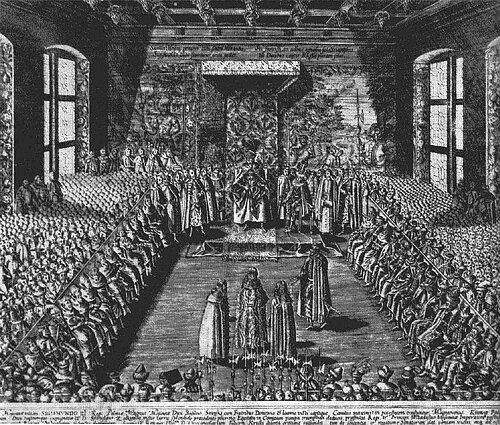 Scenes of the ‘Shuysky tribute’, painted by Tomasso Dolobella, used to be displayed prominently in the royal palace of Warsaw and would irk Muscovite emissaries. It is believed that the paintings were taken down in the 18th century and transported out of Warsaw. What happened to them remains unknown.

The painting currently on display in Vilnius was completed later. It is not known who originally commissioned the piece, but in the 19th century, the painting came into the possession of the Sanguszkos, a Lithuanian noble family, and hung in the dining hall of their Podhorce Castle, present-day Pidhirtsi, Ukraine.

Later on, it passed into the Lviv Historical Museum collection, but was not displayed publicly.

“Even in the Soviet times, the piece was kept in storage, because historians at the time wouldn't have liked it, even though [the Shuysky tribute] is a historical fact and the painting is its surviving documentation,” says Sergey Bogdanov, the head of the Lviv Historical Museum's painting collection.

Before being brought to Vilnius, the painting was restored in Poland. It will stay on display in Lithuania for two years. 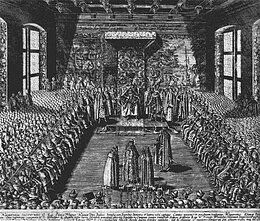 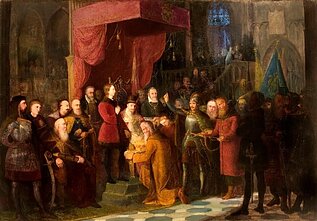 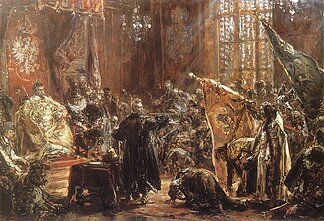 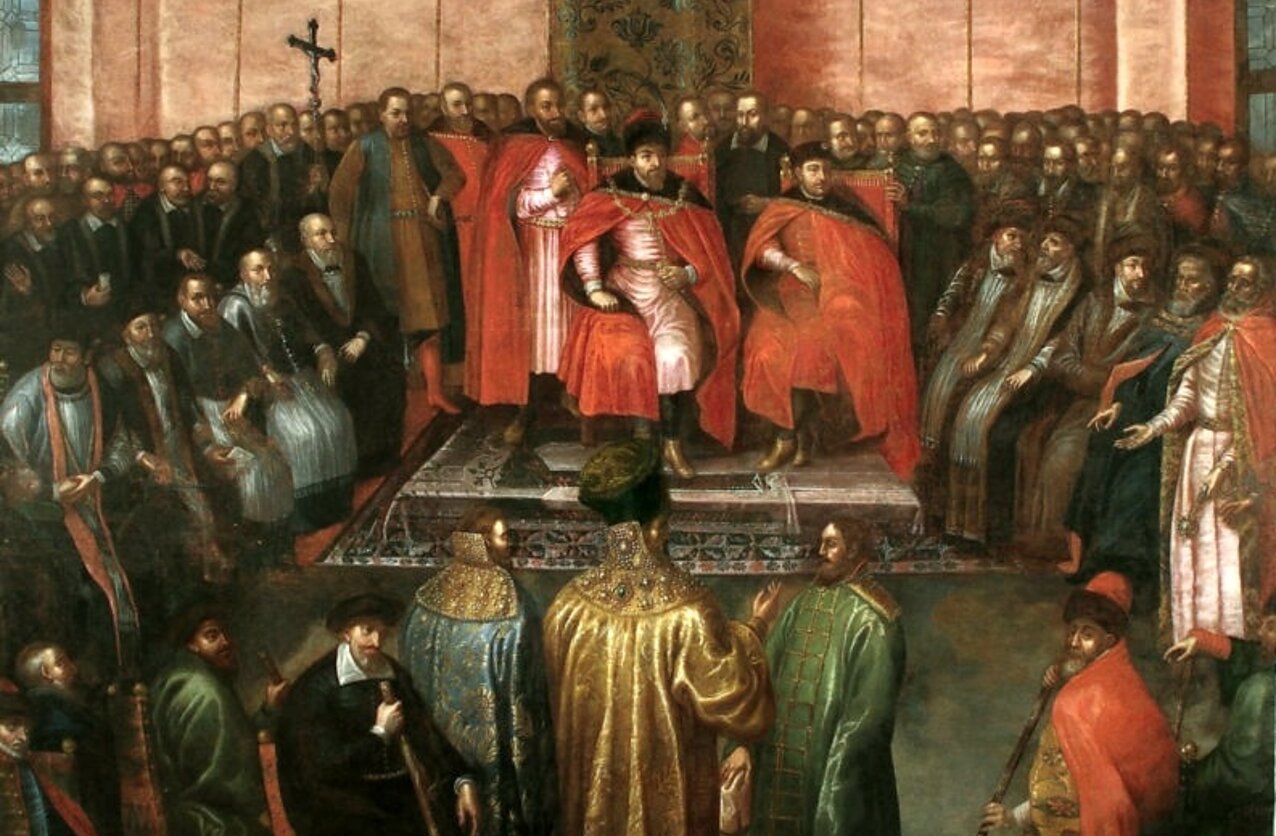 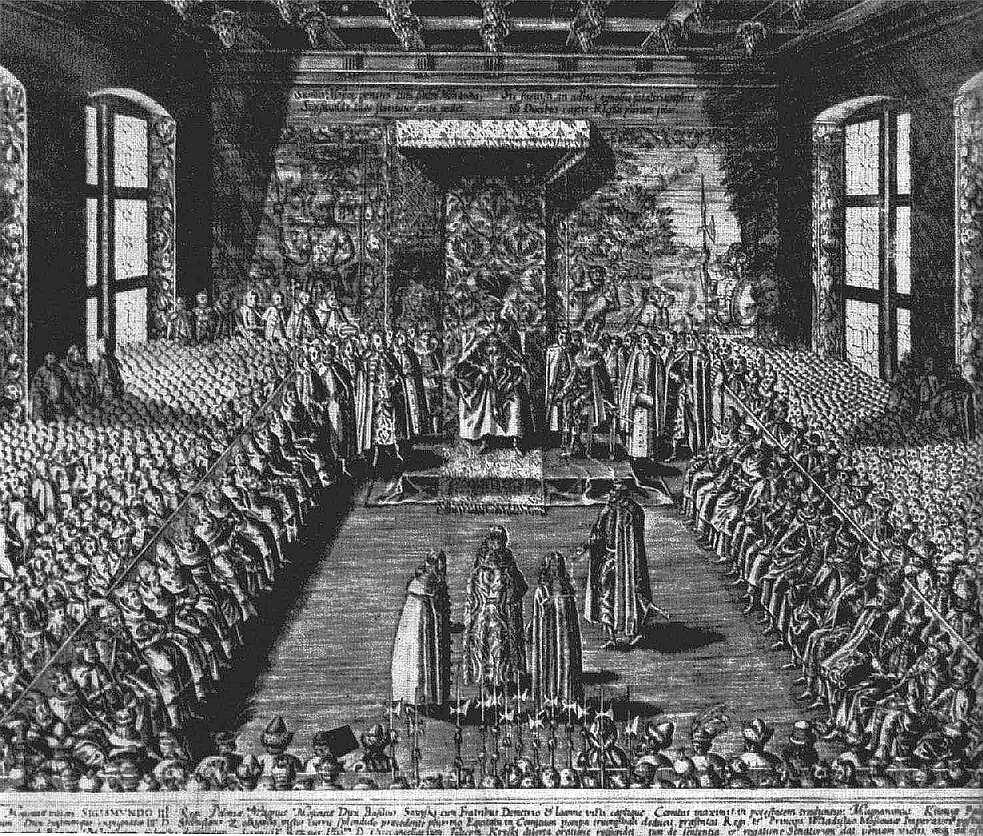 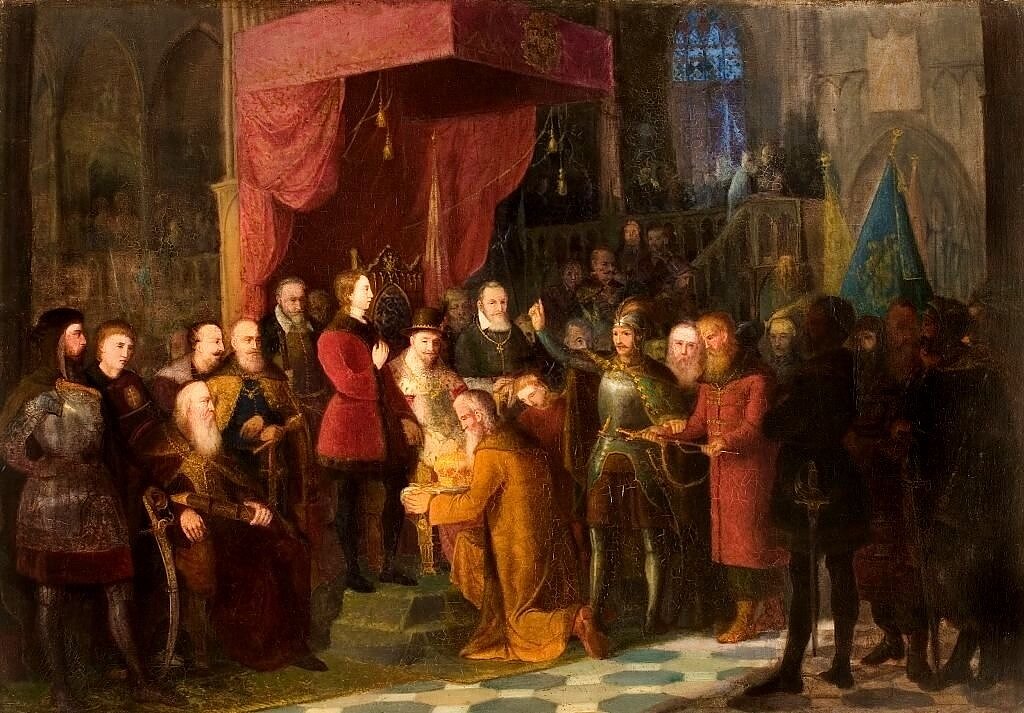 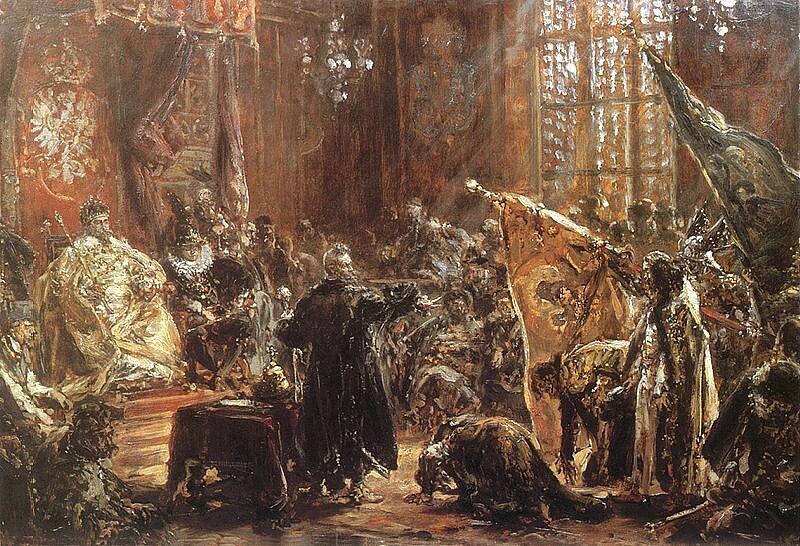 The Tsars Shuysky at the Sejm in Warsaw, by Jan Matejko
4 / 4Wikipedia