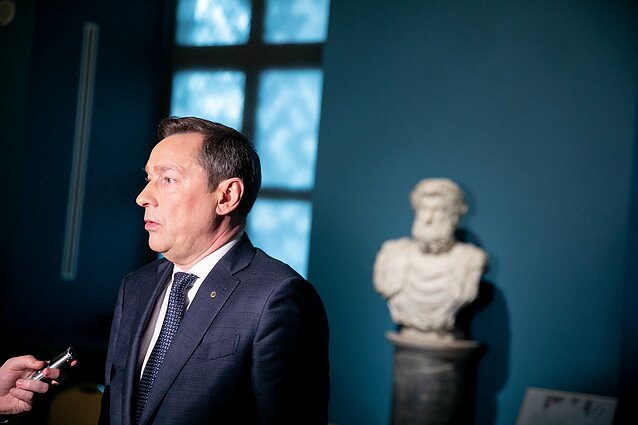 A batch of art, supposedly by the late avantgarde filmmaker Jonas Mekas, was discovered in the private home of former Vilnius Mayor Artūras Zuokas. The politician's wife Agnė Zuokienė, who is in the process of divorcing her husband, made the discovery while clearing the family's house and handed it over to Vilnius City Municipality.

It was initially suspected that the art may belong to a collection owned by the city, which Zuokas helped found, but later a private foundation claimed it as theirs.

Zuokienė says she found about 100 boxes, many of them sealed, last Friday and immediately reported the discovery to bailiffs. Representatives of Vilnius City Municipality collected the boxes on Wednesday.

Zuokas was the mayor of Vilnius between 2011 and 2015. Under his leadership, the city founded the Jonas Mekas Visual Arts Centre and purchased a collection of art by the Fluxus collective which included Mekas, George Maciunas, Yoko Ono, Nam June Paik and others, about 3,000 pieces in total. They are currently stored at the National Library in Vilnius.

It remains to be seen if the newly discovered pieces may be part of the collection, according to the municipality's director of administration Povilas Poderskis, even though no part of it is known to be missing.

“An audit [of the collection] was carried out in 2015, but it only looked into paperwork, which was all in order, although no one looked at whether it matched the assets. We will now do this job,” Poderskis told reporters on Wednesday, adding that it may result in criminal charges. 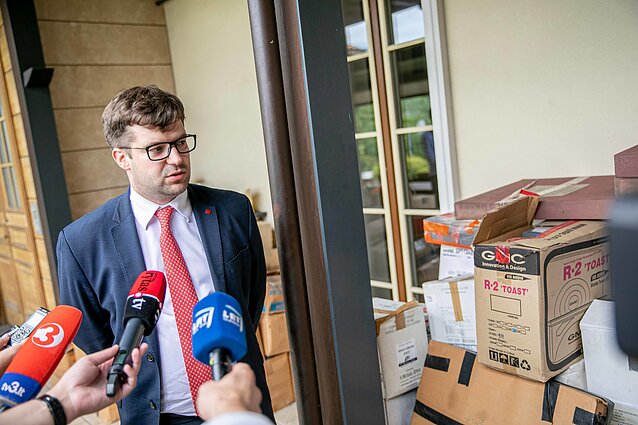 He said the boxes contained paintings and video cassettes, which the municiaplity decided to take charge of in order to investigate.

After the discovery was reported in the media, the current mayor of Vilnius, Remigijus Šimašius, suspended the director of the Jonas Mekas Visual Arts Centre, Gintaras Sodeika.

Zuokas could not be initially reached, but later posted a comment on Facebook, saying that the boxes belonged to the private Jonas Mekas Foundation, a different institution from the city-owned Jonas Mekas Visual Arts Centre.

He compared the situation to a Fluxus performance and mocked Šimašius and Poderskis for confusing the two institutions.

“Best wishes to Agnė [Zuokienė] who, on her birthday, staged a great Fluxus performance. And she didn't need to clean the storage room herself, Vilnius City Municipality did it for her. Alas, they did not seem to get the fluxus joke,” Zuokas ended Facebook post.

Zuokienė says that her husband is in Italy with their 14-year-old daughter whom he took without her knowledge. She says she has reported the incident to child protection services.

Following reports in the media, a private Jonas Mekas Foundation said the boxes in Zuokas' home belonged to them and was not part of the Jonas Mekas Visual Arts Centre collection.

“Do not confuse us with that institution,” said Edgaras Stanišauskas, the director of Jonas Mekas Foundation. “We are a private foundation.”

He explained that he himself gave the boxes – which contained books, video cassettes and posters, but not paintings – to Zuokas for safekeeping, since the Foundation is housed in the same building as the former mayor's residence.

Stanišauskas said he was appalled by the Municipality's haste to take into its possession private property and the current mayor's rushed decision to sanction the director of the Jonas Mekas Visual Arts Centre. 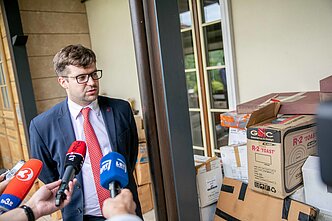 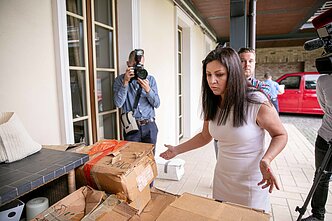 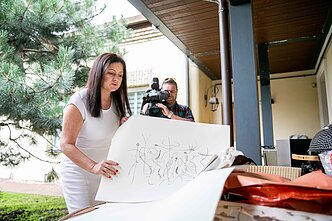 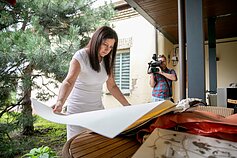 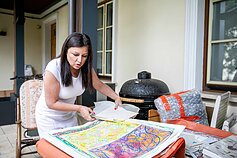 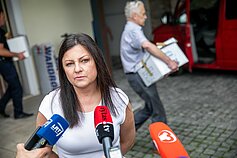