Since the consolidation of Lithuania’s three main airports into a single company, Lithuanian Airports is marking a 42 percent passenger increase, according to a press release.

From 2014, flight-related services in Kaunas, Palanga, and Vilnius airports have increased by 60 percent.

“We provided services to almost 2 million more passengers [last year] than in 2014,” said CEO Marius Gelžini in the press release. 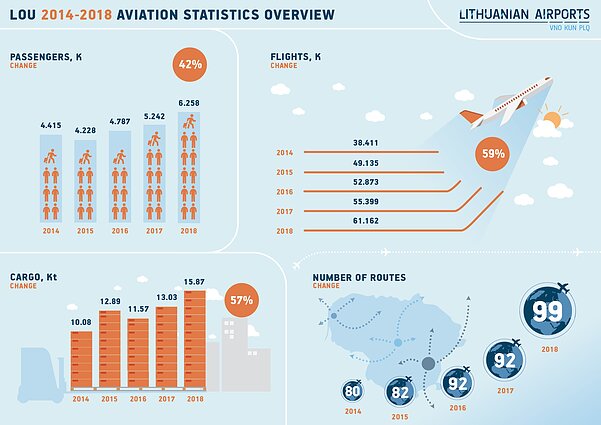 According to the press release, Lithuanian Airports have reached agreements on new business-focused connections with London City Airport and locations in Germany. 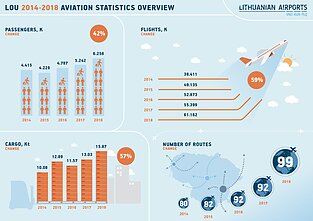