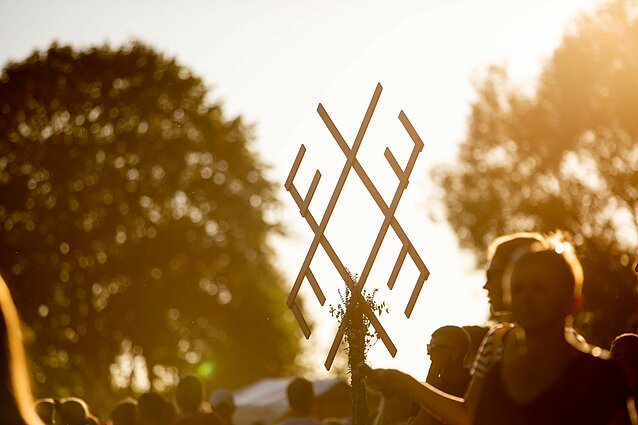 Forty lawmakers voted in favour of recognising the religion on Thursday, 31 were against and 15 abstained. The outcome of the vote was welcomed by applause from some of the Seimas members.

“We regret what happened, because we meet all legal requirements for religious communities to be granted state recognition, and we believe the Seimas is violating human rights by voting this way,” she told BNS.

The motion to grant state recognition to Romuva was unanimously supported by the MPs of the ruling Lithuanian Farmers and Greens Union, while delegates from the conservative Homeland Union – Lithuanian Christian Democrats and the Electoral Action of Poles in Lithuania – Christian Families Alliance all voted against or abstained. Members of other political groups were split.

According to Trinkūnienė, the parliament has failed to recognise that her religion is the “natural belief” of Lithuania.

“It would have been the recognition of our ancestors' religion which is still professed today and came into being on this land. We call it a natural belief. I think it’s a matter of honour and dignity for every Lithuanian to back this religion. Unfortunately, many lawmakers do not realize that,” she told BNS.

Romuva will have to wait 10 years before it is able to ask for state recognition again.

Trinkūnienė said the community would consider its options, including turning to the European Court of Human Rights.

“One of the options is to turn the ECHR, since all arguments against us have not basis. Also, there was a huge pressure from the Catholic Church, and Seimas members received a letter from the archdiocese on the eve of the vote which contained false information,” the priestess said.

State recognition to a religion can be granted by the parliament on a recommendation from the Ministry of Justice. The latter has stated that Romuva plays a significant role in Lithuania's cultural and religious life by promoting ethnic culture.

If it had been recognized by the state, Romuva would have been given the right to a land tax credit, its priests would be entitled to state social insurance coverage, and marriages performed by the priests would have legal recognition.