Lithuanian university mergers would be considered a failure in Europe, says education minister 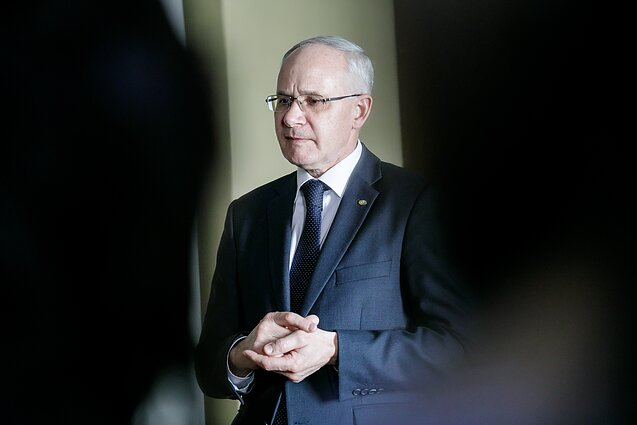 Lithuania's university reform, which oversaw several mergers of higher education institutions, would be considered a failure in Europe, according to Algirdas Monkevičius, the Minister of Education, Science and Sport.

Universities in Lithuania have undergone a merger process since 2018 in an effort to make the network more efficient. Critics, however, point at the often painful process, with employees losing jobs, numerous cross-party disputes, and other hinders.

“The European University Association already published their recommendations twice, on how to merge universities successfully,” said Monkevicius. “Every  instance in Lithuania would be considered a failure,” since the mergers are imposed from above rather than through agreements between respective institutions.

Even the mergers which began considerably earlier – of Vytautas Magnus University (VDU), Lithuanian University of Educational Sciences (LEU) and Aleksandras Stulginskis University (ASU) – was rushed through too quickly, said the minister.

Monkevičius became the education minister following a teachers’ strike last year after which the former minister, Jurgita Petrauskienė, was fired.