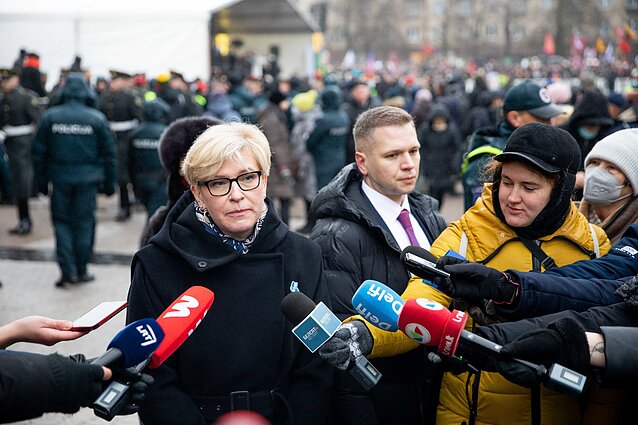 On Thursday, protesters gathered at Independence Square outside the Seimas in Vilnius. They booed and heckled Lithuanian leaders delivering speeches at the Freedom Defender’s Day events. Such behaviour hurts the memory of those killed on the night of January 13, 1991, the leaders said.

“Those people who died on January 13 also died so that someone could boo the government while it spoke,” Šimonytė told reporters after the event. 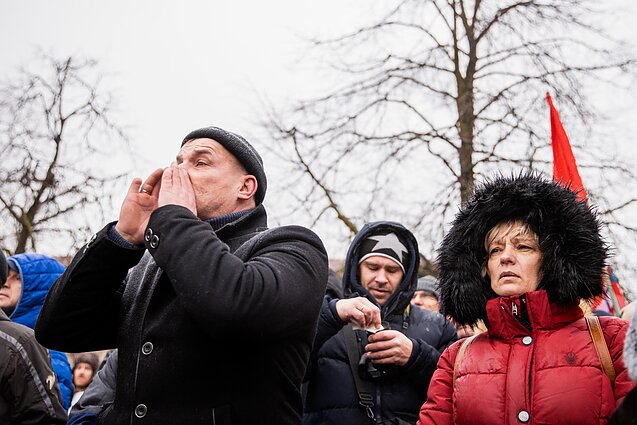 “But I do not understand why it was necessary to show disrespect to the other speakers, the recipients of the Freedom Prize,” she added.

Čmilytė-Nielsen also said she felt ashamed because of the protesters’ behaviour.

“No, I am not angry, I am ashamed. The relatives of the dead, the victims, the defenders of freedom, I am sorry,” she said.

“But I think this should not overshadow this important day, and I am very grateful to all those who maintained the solemnity and seriousness of January 13,” the Parliament Speaker added. 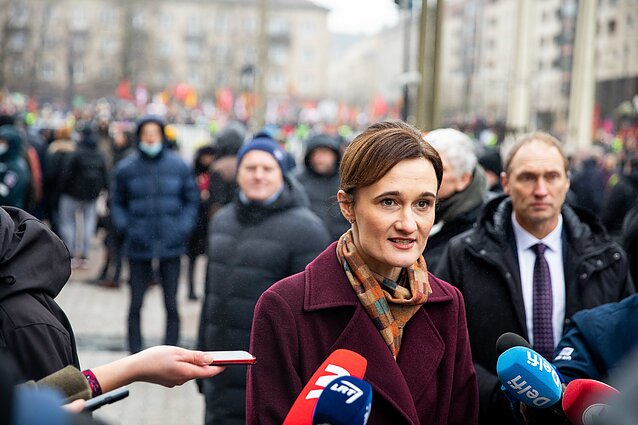 Protesters said they came to express their opposition to “mandatory vaccination of workers” and Covid certificates.

People have a right to be disappointed but expressing discontent on such a day was unacceptable, according to Cardinal Sigitas Tamkevičius, the Archbishop Emeritus of Kaunas and a recipient of the Freedom Prize.

“I understand that people may be dissatisfied with some of the decisions of the Seimas or the government, but on a day like this, the Freedom Defenders’ Day… I am speechless,” Tamkevičius said. 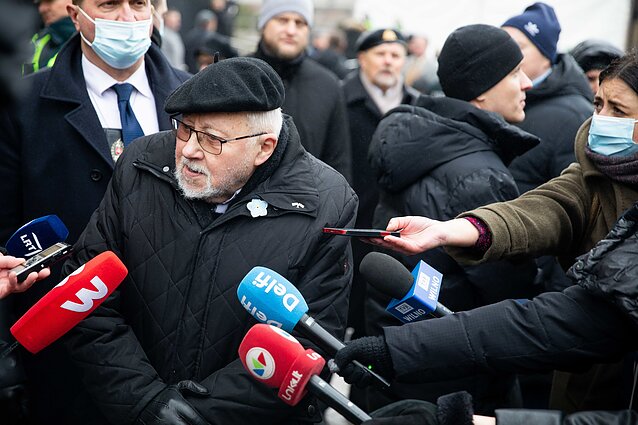 Vytautas Landsbergis, former Chairman of the Supreme Council of the Republic of Lithuania, did not mince words while describing the protesters.

“They should not be called the people of Lithuania – [they are] fascists. This is a problem, of course. There are enough lunatics,” he said.

On the night of January 13, 1991, Soviet troops attempted to seize power months after Lithuania declared independence. Fourteen people died during the violence. 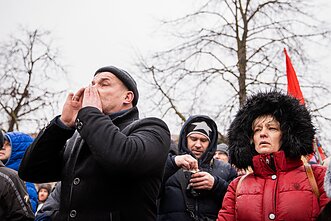 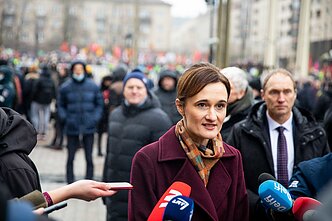 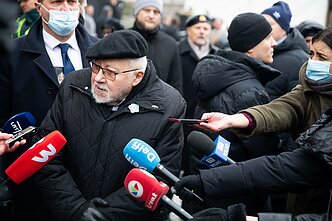