Ukrainian soldier inspired by Lithuania's January 13 moment: ‘It was critical for all independence movements’ 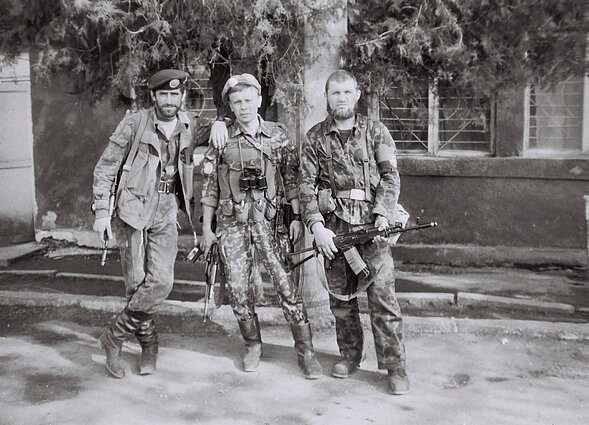 Ukrainian Yevgeny Dikiy was only 18 when on January 13, 1991, Soviet troops attempted to seize power in Lithuania months after the country declared independence. But seeing young boys and girls in Lithuania stand in front of Soviet tanks inspired him to join the country’s volunteer force and defend its independence if necessary.

Back then, Lithuania and Ukraine were part of a common struggle against the Soviet Union and today, both countries are subject to Russia’s plans to restore its previous power, Dikiy said in an interview with LRT.lt.

A similar movement for independence was taking place in Ukraine at the time. But Lithuanians were two or three steps ahead, so we mimicked Sąjūdis (the Reform Movement of Lithuania).

We realised that only together could we destroy the Soviet Union. It was not possible that there would be only one or two independent republics. Lithuania was an icebreaker. Latvia and Estonia followed, and then Ukraine and Georgia followed the Baltic states. 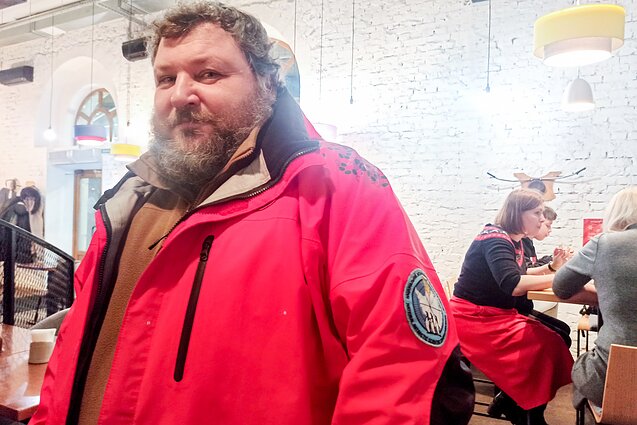 We realised that the situation in Vilnius [in January 1991] was a critical point not only for Lithuania but for all independence movements in the Soviet Union. If the Soviet army had destroyed the government of independent Lithuania, there would have been no chance for the others.

But emotions were the most important for us. We saw Lithuanian boys and girls, who were just like us, stopping Russian tanks with their bare hands. You cannot be indifferent to that.

We saw the [January] events, the deaths in front of the TV tower, and on January 14, tens of thousands of people came out to protest in central Kyiv. After this rally, we went straight to the train station, ready to go to Lithuania. 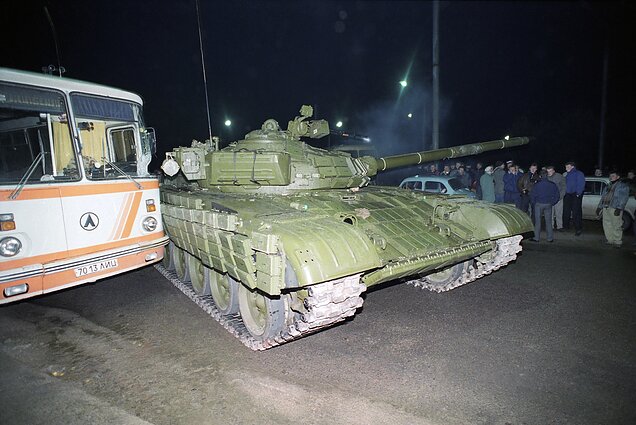 How many Ukrainians went to help Lithuanians?

At first, it was only me. I told the others what I had seen over the phone at the post office in Vilnius. Then, others arrived in groups of two or three people. We did not come all at once because we were well aware that we would be arrested.

We met at the Seimas [Supreme Council building], and on January 20, a group of 32 Ukrainians was formed as part of the Lithuanian volunteer force. On January 27, we took the oath of allegiance to the Republic of Lithuania in Ukrainian and with two flags – Lithuanian and Ukrainian. The Lithuanian flag was already official then, but the Ukrainian one was still banned.

Were you ready to fight for Lithuania?

Yes, we went there to fight. Our mission ended at the end of March when the Soviet Union held a referendum on the independence of its republics.

Then, I returned to Ukraine. It was a powerful moment – Lithuania was independent, and we returned to Soviet Ukraine. Our independence movement had no authority, the Communists were in power. 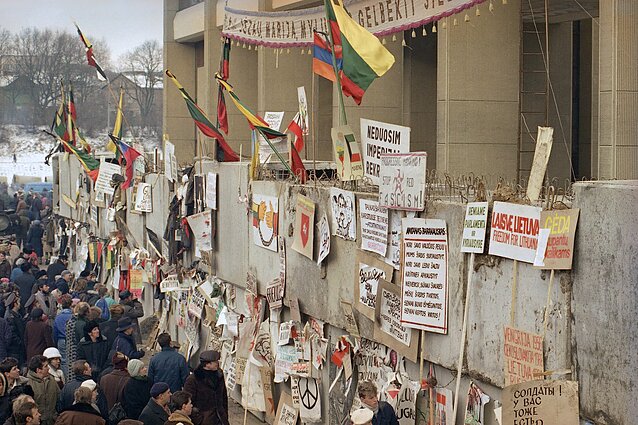 There were Soviet troops in Lithuania, but the police force and the government were Lithuanian. In Ukraine, the whole administration was Soviet – the KGB were still there.

We wondered whether we would be detained when we returned from Lithuania. It was only many years later that I found out that the decision not to arrest us was taken by Leonid Kravchuk, who was the leader of the [Ukrainian] Communist Party at the time.

Eight months later, he became the first president of Ukraine. He realised that victory for the Soviet Union was not guaranteed. So he said, “Open the file, but put it in a drawer and wait”.

Were you planning to do anything after you returned to Ukraine?

First, we returned to our studies. We were first and second-year students. But we were very inspired by Lithuania. We returned with huge hopes that we will repeat the Lithuanian scenario.

We thought that Ukraine could become independent in two or three years. Others, especially older people, told us that we were too optimistic, and this could only happen in 10 years. In the end, the Soviet Union collapsed seven months later.

What does Lithuania mean to you today?

Lithuania is my dream. I wish Ukraine was a member of the EU and NATO. Maybe I’m biased because Lithuania is my favourite country after Ukraine, and I’ve been to many places in the world. 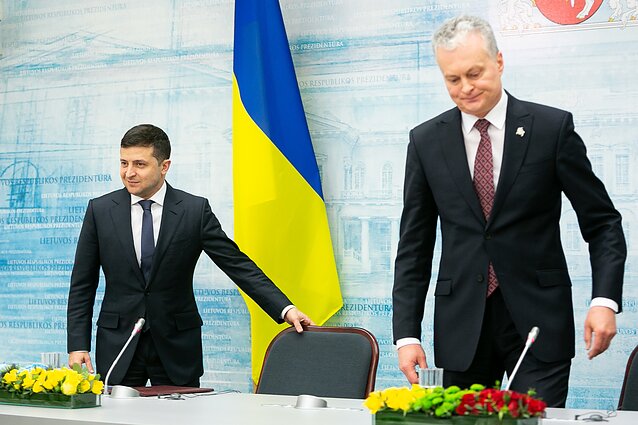 These are emotions. But if we speak about politics, economics, [Lithuania] is a very good example to Ukraine. My country made very bad decisions in the 1990s. If you declare independence, you have to change the whole government, the army, all the structures, as was done in Lithuania […].

Instead of choosing to destroy all structures and start from scratch, Ukrainians made a gradual transition and turned Soviet structures into Ukrainian ones. This was a fundamental mistake, and we are now paying for it with Crimea and war [with Russia].

You are a commander of the Separate Assault Battalion, Aidar, and you have been involved in three revolutions in your lifetime – in Vilnius, the so-called Orange Revolutions, and Maidan protests in Ukraine. Why did you join the army?

I had no choice. When enemies come to your land, you take your gun and fight. I didn’t wait for this war with optimism, but I understood the logic of the Putin regime.

In Ukraine, few people understood this. Around 90 percent of the population thought that although [the Russian government] might be crazy, the people are no different from Ukrainians. 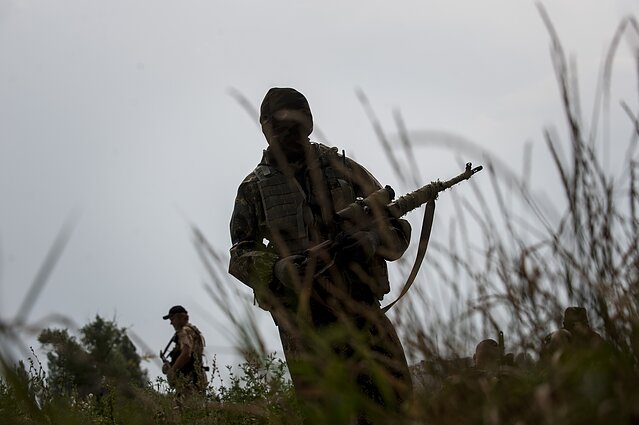 It was only in 2014 that their eyes were opened, and they realised the true nature of Russian society, and I am not just talking about the Putin regime.

I don't think that ethnic Russians are always the bad guys. But Russia needs to follow the German path […]. After the defeat in World War Two, two German generations tried to understand the mistakes of their parents and grandparents. Russia needs this too, and maybe it will be a normal country in 50 years.

You’ve once said that Russia wants to occupy entire Ukraine.

For Putin, the greatest tragedy was the collapse of the Soviet Union. He has waited for its restoration for 30 years. It is not just Ukraine but all 15 former republics […].

All these years, Putin and his team have been dreaming of this, and it is no longer a dream but a plan. 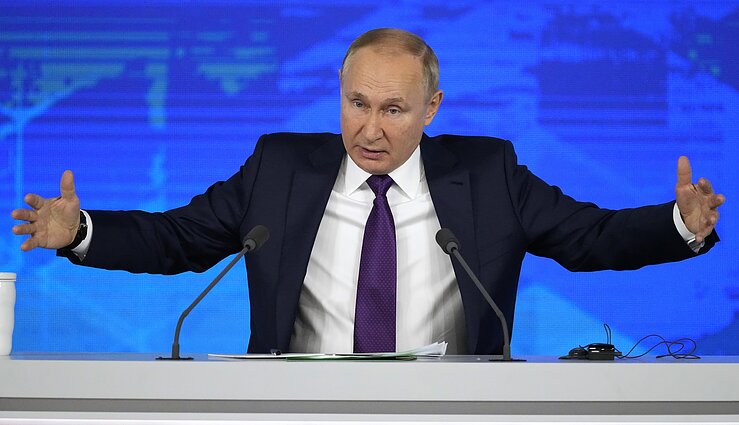 But why would Russia want to occupy Lithuania, Latvia, and Estonia?

Not today. But [Russia] is demanding the withdrawal of NATO forces from the former Soviet states.

This is the first step – to make some NATO members unequal to others and to demand that Russia has a veto over internal NATO issues.

The occupation of Lithuania in 1940 did not happen in one day either. The first step was to establish military bases in independent Lithuania, and the next step was the occupation.

Now, they want to destroy NATO by creating inequalities between its members. [...] In the case of Ukraine, Putin is demanding a neutral buffer zone. But there are no symmetrical guarantees from Russia. 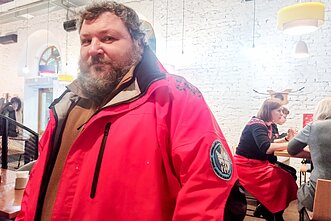 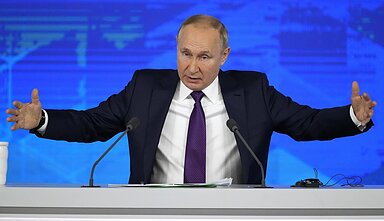 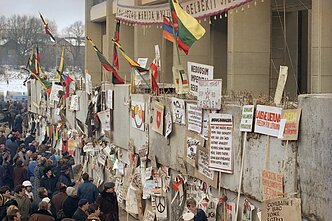 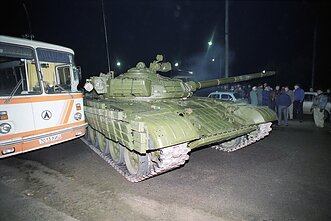 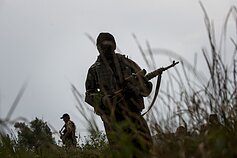 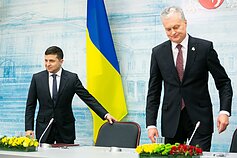