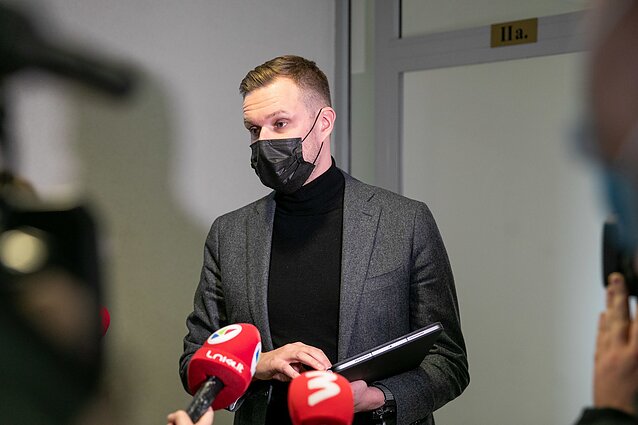 Lithuanian Foreign Minister Gabrielius Landsbergis says he coordinated “all steps” with President Gitanas Nausėda before the opening of the Taiwanese representative office in Vilnius, rejecting the latter's claim that he was kept out of the loop.

“Not only was everything discussed with the president before the opening of the representation, but all steps were actively coordinated,” Landsbergis told reporters on Wednesday when asked wither his ministry had discussed the name of the Taiwanese office with the president.

Read more: Allowing Taiwan to open office under its name was a mistake – Lithuanian president

“I wouldn’t want to discuss this issue anymore because, as we see, some domestic policy details soon move to our foreign policy, and neither the president nor I would want that,” Landsbergis said.

His comment came in response to Nausėda's recent statement criticising the government's decision to open the island's representative office under the name “Taiwanese” rather than “Taipei”. The president said it was a mistake and it was not discussed with him.

Lithuania has been pressured by China to reverse the decision and has been subjected to unofficial trade sanctions.

Landsbergis says the government's decisions about the Taiwanese office were in line with the president's own positions and the ministry's publicly discussed policies.

“We are working with partners to be able to explain that Lithuania's position is solid, Lithuania has done nothing that could be viewed as a violation. That's our sovereign right. The actions Lithuania has been subjected to [by China] are a violation and today Lithuania is the one that's been punished for its value-based position,” the minister said, referring to disruptions Lithuanian businesses are experiencing when trading with China.