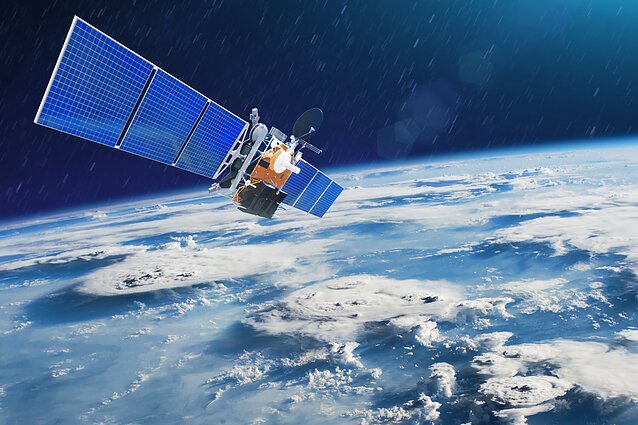 Russia recently conducted a successful test of the Nudol system, shooting down one of its own satellites. However, Nudol is just one of many tools that may help Russia gain dominance in space and constrain other nations acting in space. Donatas Palavenis, of the Baltic Institute of Advanced Technology, gives a review.

On November 15, Russia conducted its 11th test for an anti-satellite (ASAT) weapon – the Nudol interceptor, a mobile rocket system that is designed to take out satellites in lower Earth orbit (LEO).

Russia started firing Nudol missiles into space in 2014, only without hitting anything until now. In this test, the Nudol interceptor destroyed one of Russia’s defunct satellites, Cosmos 1408. This 2.2-ton electronic and signals intelligence satellite was designed to track precise locations, activities, and other details of radio emitters. The missile obliterated the satellite, producing more than 1,500 tractable (bigger than 10 centimeters) pieces of debris that now continue circling the orbit. 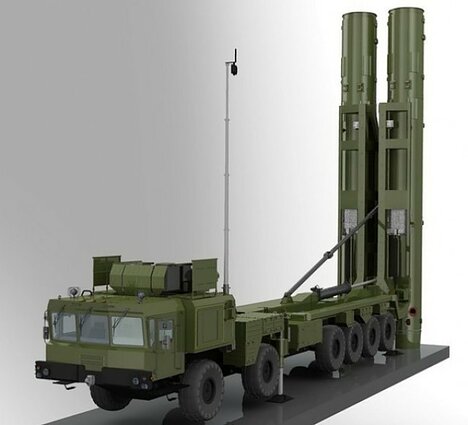 When a satellite is blown to pieces by a missile, the debris cloud generally keeps moving along the satellite’s original orbit. Some of the pieces are boosted into higher orbits, others are flung to lower ones, and some are thrown into completely different trajectories. Over time, the cloud expands, with the largest pieces lingering in the orbit for years and smaller bits usually reentering the Earth’s atmosphere and burning up within a year.

More space debris is bad news, LEO may become unusable, if it accumulates. LEO is already quite crowded, with agreements in place for as many as 94,000 new satellites in the coming years.

Cosmos 1408 was orbiting 483km above the Earth, just below the planned 547km orbit for SpaceX’s mega constellation of internet-providing Starlink satellites. Some of the debris blasted into higher orbits could collide with any of the thousands of Starlink satellites that are already aloft, possibly incapacitating them. 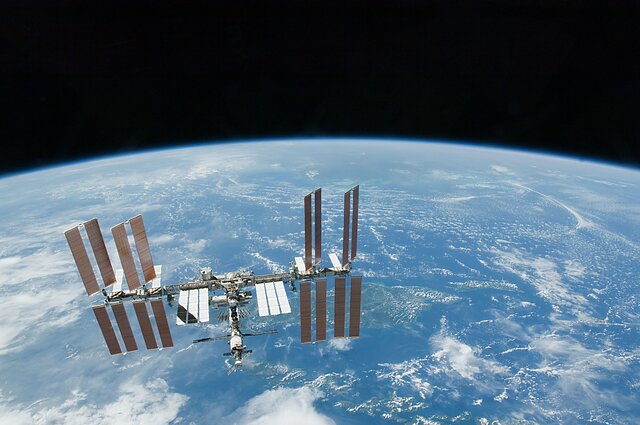 For context, there have been only a handful of attempts by nations to hit satellites in LEO after the Cold War. Notably, in 2007 China blew up one of its own meteorological satellites at 863km, producing more than 3,000 pieces of debris that have been a major headache ever since. The US followed up in 2008, destroying a failing reconnaissance satellite at 240km, an event that resulted in some 400 pieces of orbital junk. India did the same in March 2019, hitting a satellite at 300km and creating 129 pieces of tractable debris.

Russia, not unlike the US or China, views space as a potential arena of military action. Russia’s military doctrine considers space critical for modern warfare and envisages using counterspace capabilities to reduce US military effectiveness.

Russia has big ambitions in space, and the Nudol is just one part in its broad counterspace portfolio, which includes other types of co-orbital, direct ascent, directed energy (laser), electronic and cyber warfare categories. Most of these tools were already showcased during the Cold War and, unsurprisingly, developments in the field continue.

Since 2010, Russia has been testing technologies for Rendezvous and proximity operations (RPO) in both LEO and geostationary orbit (GEO) that could lead to ASAT capability. There’s evidence that Russia may have started a new co-orbital ASAT program called Burevestnik, potentially supported by a surveillance and tracking program called Nivelir, and project Numizmat that is dealing with more advanced sensor technologies for RPO.

Technologies developed by these programs could also be used for non-aggressive applications, such as surveilling and inspecting foreign satellites, and most of the on-orbit RPO activities done to date are just such missions. However, Russia has deployed two sub-satellites, which suggests that at least some of their LEO RPO activities are of a military nature. 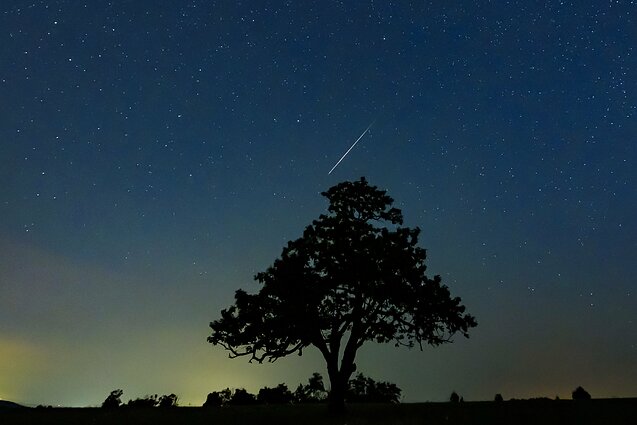 Space, as seen from Earth / AP

The Russian direct ascent (DA) ASAT capabilities currently consist of three primary programs. The first one, Nudol, is a rapidly maturing ground-launched ballistic missile capable of intercepting targets in LEO. It is believed to have a maximum altitude from 50km to nearly 1,000km.

The second program, Burevestnik, is an air-launched rocket that could either be a new version of the Kontakt DA-ASAT or a satellite launch vehicle to place co-orbital ASATs into LEO. The Kontakt launch platform was based on the MiG-31D. At least six such aircraft were completed in the 1980s. Two types of interceptors were developed; first ones capable of hitting targets at orbits of 120-600 km; the second able to reach altitudes of up to 1,500km.

The third one, S-500 is a next-generation ex atmospheric ballistic missile defence system, still several years from deployment, that may have capabilities to reach targets in LEO. Russian media reported that the S-500 entered production in March 2018, with the system being manufactured at the Almaz-Antey plant in Nizhny Novgorod and missiles in Kirov. Russia reportedly planned to field ten battalions of the new system by 2027.

Russia places a high priority on integrating electronic warfare (EW) into military operations and has been investing heavily in modernising its capabilities in this field. Most of the upgrades have focused on multifunctional tactical systems whose counterspace capability is limited to jamming user terminals within tactical ranges.

GPS jamming, particularly of the US network, is a well-known technology and jammers are widely used throughout the globe. Russia is proficient in GPS jamming capabilities, having developed both fixed and mobile systems.

The first category of Russian GPS jammers is used to protect fixed facilities. For example, Russian media have reported that Russia is deploying 250,000 GPS jammers on cell phone towers throughout the country. The objective of these Pole-21 jammers is to reduce the accuracy of foreign drones (UAVs) and cruise missiles over much of the Russian land mass, thereby protecting fixed installations. The Pole-21 systems are reported to be effective to a range of 80km.

The second category of Russian GPS jammers are mobile systems that are integrated into military EW units and form a critical component of Russia’s military capabilities. Two of these are the R-330Zh Zhitel and the Borisoglebsk-2. The local jamming of GPS seeks to negate the effectiveness of UAVs, cruise missiles and precision guided munitions. No Russian system is known to be capable of targeting the GPS satellites themselves (uplink jamming). 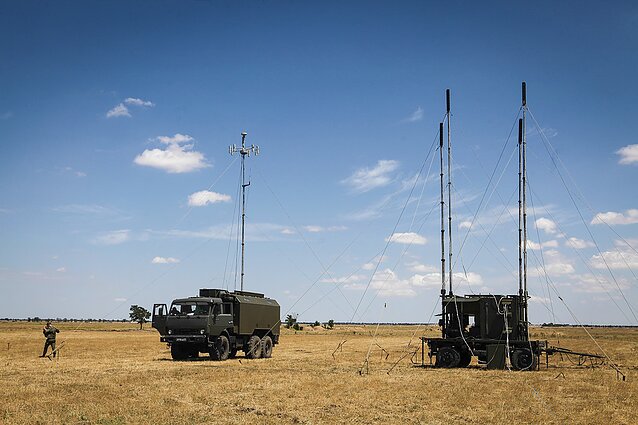 A report from 2017 noted that company-level EW units, including a platoon dedicated to operating the R-330Zh Zhitel counter-GPS and satellite communications jammer, are now included organically within each Russian Motorized Rifle Brigade. Additionally, Russia maintains five dedicated EW brigades that can provide operational or strategic effects out to several hundred kilometers.

Russia has dedicated capabilities for both downlink and uplink jamming of signals from communications satellites. The R-330Zh Zhitel mobile jammer is reportedly able to jam commercial Inmarsat and Iridium receivers.

Furthermore, Russia aims to develop a new electronic warfare aircraft that could be used to target satellite services. For this purpose, the Krashukha-4 mobile EW system would be used, capable of countering airborne early warning and control systems (AWACS) and other airborne radars within an effective range of 300km. Due to its range and power, it is also reportedly effective against LEO synthetic aperture radar imaging satellites. 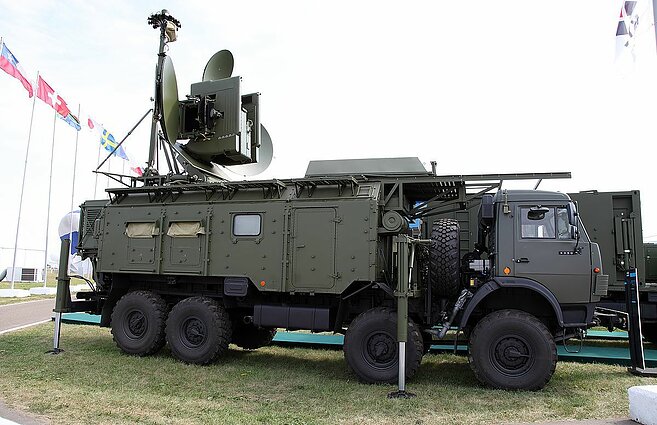 Ensuring the disruption of communication systems in space requires a large energy source, so the first step is to develop systems that can supply the required energy. Russia is currently conducting research in this direction through two projects, Ekipazh and Plazma-2010, aimed at developing a new generation of nuclear generators for space-based deployments. The nuclear reactor would be powerful enough to support jammers operating on a wide range of frequencies and interfering with electronic systems over a wide area in LEO and GEO.

Russia has strong technological knowledge of directed energy physics and is developing several military applications for laser systems in a variety of environments. Russia has revived, and continues to evolve, a legacy program whose goal is to develop an aircraft-borne laser system for targeting the optical sensors of imagery reconnaissance satellites. Russian ground-based facilities could be used to dazzle the sensors of optical imagery satellites.

First tests of a high-power laser on a modified IL-76 transport aircraft were conducted in the 1980s. In 2012, the program was revived and in 2017 Almaz-Antey company was ordered to develop the new system, called Sokol-Echelon, equipped with the 1LK222 laser system.

1KL222 is a solid-state laser that could be operated at different power levels, thereby making it possible to operate in both laser dazzling and optical sensor damage roles. Due to technical challenges of operating it from an aircraft, the laser may not be sufficiently high-powered to cause structural damage to a satellite. Therefore, it is likely intended to target only optical imaging satellites. An airborne system provides several advantages – the high flight altitude reduces the amount of atmosphere that the laser beam must traverse, reducing attenuation and beam spreading.

5.2. Peresvet Mobile Laser Dazzler and other capabilities to effect satellites from the ground

Russia is developing an advanced mobile laser dazzling system known as Peresvet that appears to be designed to protect mobile ICBMs from being imaged. While the system is not likely to be powerful enough to destroy space objects, it can temporarily dazzle visible optics used by satellites. Peresvet’s task is to conceal the movements of Topol-MR deployments. 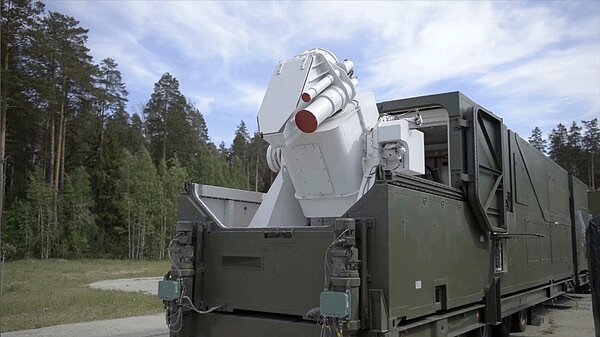 Russia may be upgrading its Krona optical space surveillance system in the North Caucasus with laser dazzling or blinding capabilities.

Russia has nine stations that are part of the International Laser Ranging Service Satellite network. The network supports laser ranging measurements to cooperative satellites with retro-reflector arrays for scientific purposes. Although it is not their purpose, the stations could be used to dazzle optical imaging satellites.

Multiple countries, including Russia, are likely to possess cyber capabilities that could be used against space systems. However, actual evidence of cyber-attacks in the public domain is limited.

Additionally, a growing number of non-state actors are actively probing commercial satellite systems and discovering cyber vulnerabilities that are similar to those in non-space systems. This means that manufacturers and developers of space systems may not have reached the same level of cyber hardness as other sectors yet.

Existing cyber and electronic warfare capabilities can produce a range of effects, such as stealing, altering or erasing information, taking control or destroying satellites or supporting infrastructure. 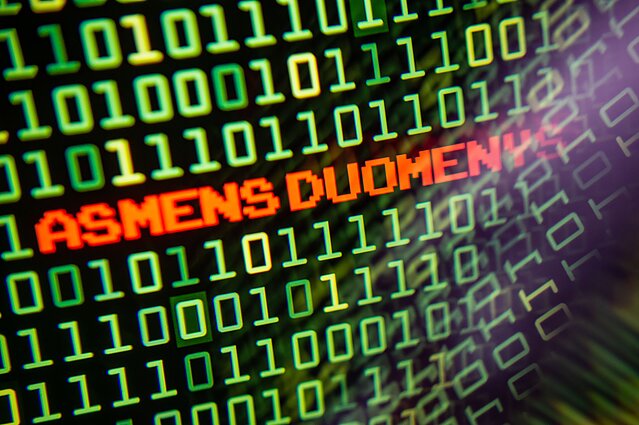 Cyber attacks in a counterspace have the advantage of access. Conventional weapons typically need to be close to targets, requiring penetration of defended space, while some types of cyber attacks require little or no direct access.

What is more, cyber attacks are often substantially more difficult to trace and confidently attribute than conventional counter-space weapons, particularly kinetic weapons. Add to that the danger of misattribution, whether incidental or deliberately engineered by actors intending to provoke a hostile response against another state.

A rudimentary cyber capability can be dramatically faster, easier, and less expensive to procure than kinetic alternatives. The barrier to entry for basic capabilities can be exceptionally low, as evidenced by the increased number of hobbyists and students researching cyber vulnerabilities in space systems.

By contrast, conventional counterspace operations require expensive, time-consuming, and highly visible development of an extensive space program, including systems for space situational awareness and space tracking, telemetry, and command operations, as well as the counter-space capability itself and its supporting infrastructure.

6.2. Disadvantages of cyber attacks in space

The main disadvantages of cyber capabilities are similar to those of other non-kinetic counterspace methods: limited abilities to do strategic signaling, and challenges in doing battle damage assessment.
The inherent challenges in attributing cyber capabilities also have the effect of making it difficult to use the possession or use of offensive cyber counterspace for deterrence, signaling intent, or preventing escalation. 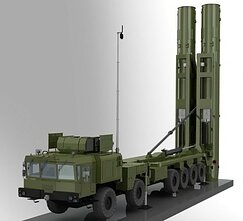 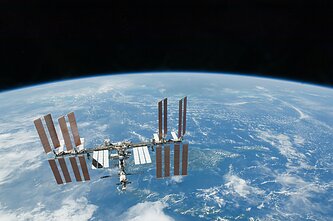 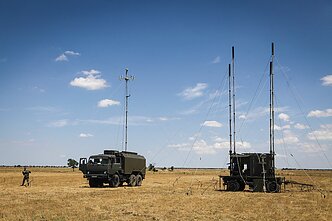 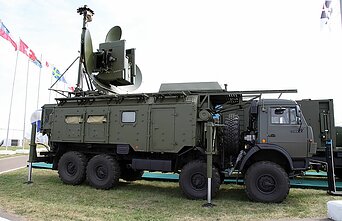 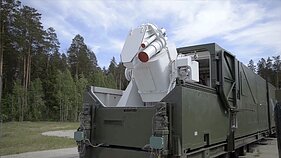 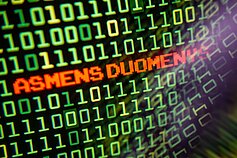 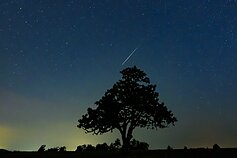