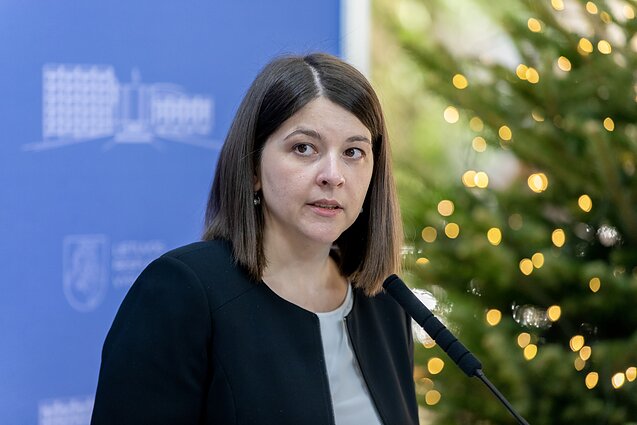 As China began blocking Lithuanian exports this week, the Lithuanian finance minister says this will not significantly affect Lithuania's economy.

“Looking at Lithuania's ties with China, our exports to China account for around 1 percent of Lithuania's total exports. So it's not our major trade partner, therefore, we don’t expect major impact on Lithuania's economy and businesses,” Gintarė Skaistė told reporters after the Cabinet meeting on Friday.

She was asked whether next year's government budget would include funds to compensate businesses for potential losses.

“We can expect certain changes and I think that our businesses, while making decisions on where to focus their effort, should weigh the risks that might arise while working with China, Belarus and other countries,” the finance minister said.

As reported on Thursday, Lithuanian businesses are unable to have their goods in China customs-cleared as the latter removed Lithuania from its customs systems as of December.

China has been angered lately by Lithuania's decision to open a Taiwanese representative office in Vilnius.