A Lithuanian border guard's dog bit a migrant on the leg as officers tried to push a group of irregular migrants back to Belarus, the State Border Guard Service (VSAT) said on Wednesday.

The Lithuanian border guards did not see the migrant, who was lying on the ground, because of flashlights pointed at them by Belarusian officers, according to the VSAT.

Giedrius Misutis, the VSAT spokesman, told BNS that the incident took place in the early hours on Wednesday when Lithuania's border guards were throwing migrants' belongings from Lithuanian territory into Belarus to prevent them from setting up a camp.

“The Belarusians kept shining their flashlights at our officers all the time; there was a small distance between them,” he said. “The handler was temporarily blinded at that time and his dog grabbed the sleeping bag. The handler immediately pulled the dog away when he saw that someone was moving.” 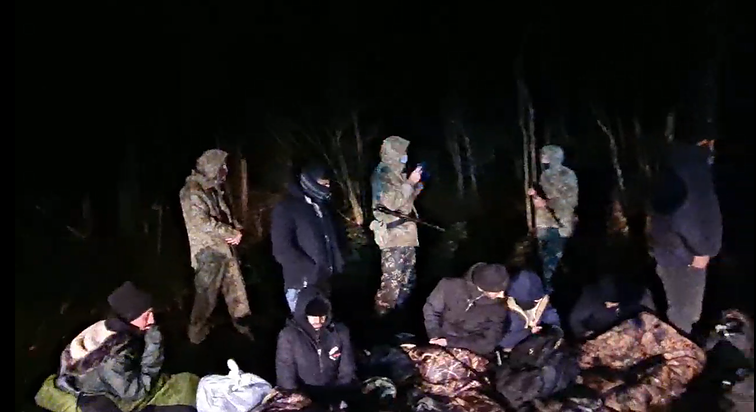 Migrants on the Lithuania-Belarus border / VSAT

According to Misutis, the person was not injured, because the dog bit him “through a thick sleeping bag, through clothes”.

“They [migrants] were there all night; there was no ambulance. They stayed near the border and stood there quietly,” he said. “In the morning, they started moving along the border, accompanied by Belarusian officers.”

Belarus' border guards have released video footage that shows several Lithuanian border guards, one of whom is holding a service dog on a leash, trying to push migrants, who were lying on the ground in sleeping bags, across the border.

In the footage, several migrants are seen getting up when the Lithuanian officers with the dog approach, but one of them stays down and is bitten on the leg by the service dog.

Lithuanian border guards on Wednesday published video footage from the same place, but it did not include the moment when the migrant was bitten by the dog. However, it showed a Belarusian officer with a flashlight. 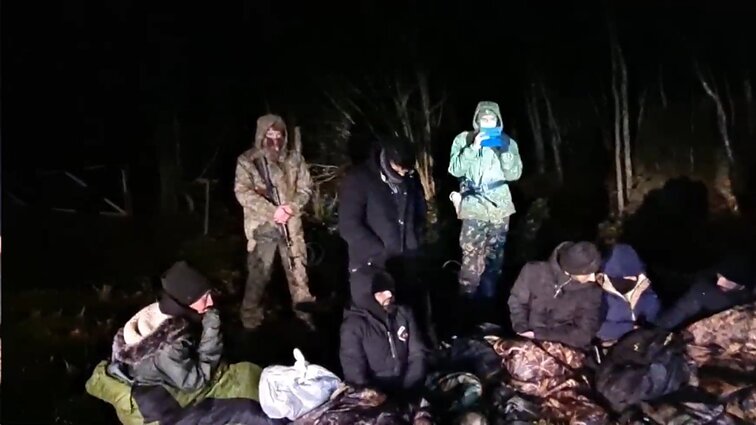 The VSAT said on Wednesday morning that it was a group of 13 adult men who said they were Iraqis.

They reportedly told the border guards that they had been detained by Belarusian officials after arriving in Minsk and forcibly taken to the Lithuanian border.

They said they wanted to get to the border with Poland and then travel further to Western Europe, according to the VSAT. 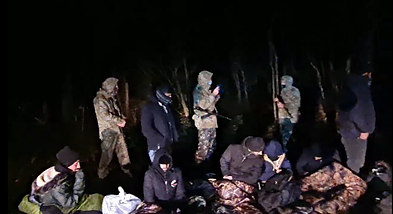 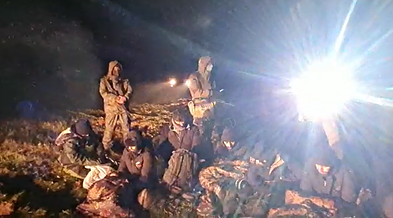