Diving into history in Lithuania's vintage car museum: from Model-T to Soviet ‘hunchback’ 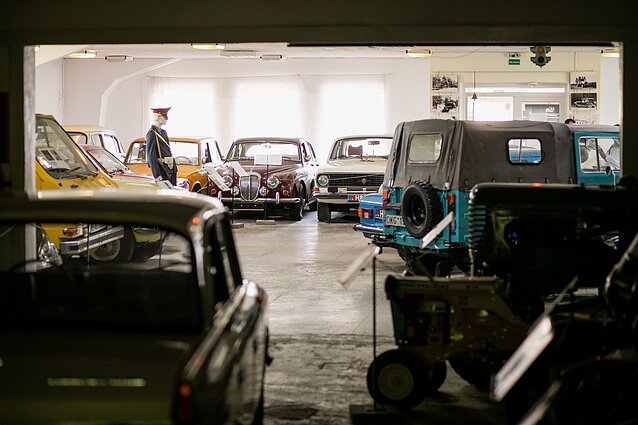 Located in Šeduva in northern Lithuania, the Historical Technical Museum showcases a collection of old cars, from forerunners of automotive industry to homemade vehicles.

The museum was first opened in Kaunas in 2013, but was forced to close following the change in local government. Radviliškis District Municipality loaned the association new premises in Šeduva, where the museum was reopened in 2016.

The museum contains nearly one hundred vehicles, including cars, motorbikes, lorries, minibuses, as well as military equipment dating back to the Second World War and prior.

While the majority of vehicles belong to members of the association, there are also some models brought by non-members, according to Ramūnas Kardelis, head of the museum and the president of the Lithuanian Association of Preservation of Historical Vehicles Retromobile.

“Other people also have interesting machinery, interesting vehicles, so we sometimes give them the opportunity to exhibit their models. We constantly receive such enquiries, but we cannot fulfill all the requests due to lack of space.” 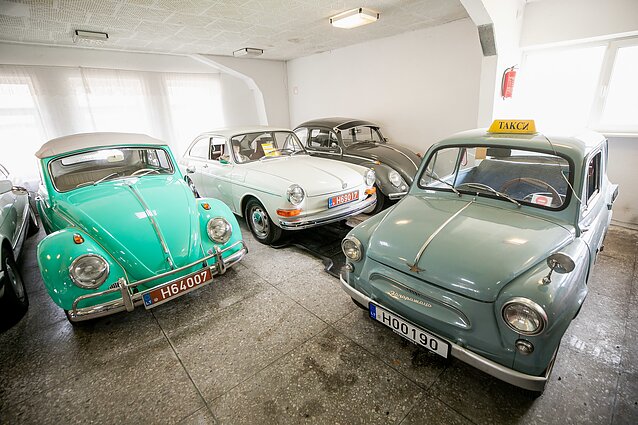 The association, however, makes sure that the exhibition changes over time, and new models are added to the showcase.

“We are glad that we do not need to look for vehicles to renew the exhibition. Of course, some of the cars are a property of the club, and it is no secret that people just gift us some exhibits. We are very thankful to them for that,” says Kardelis.

The museum changes its exhibition every few weeks to keep it engaging.

“It’s not like we just place the vehicles down once and they just stand there for the rest of the time. All of these cars, motorbikes and trucks can be driven, they all function properly,” according to Kardelis. “All of the cars here participate in events, are sometimes even used in film shootings, which means that they can be started and driven out of the museum at any time.”

As fans of historical vehicles, the association knows that these vehicles need to be driven or else they will start breaking down, says Kardelis.

“These vehicles need to move, they were made to be driven, and it is this movement that brings life to the museum.” 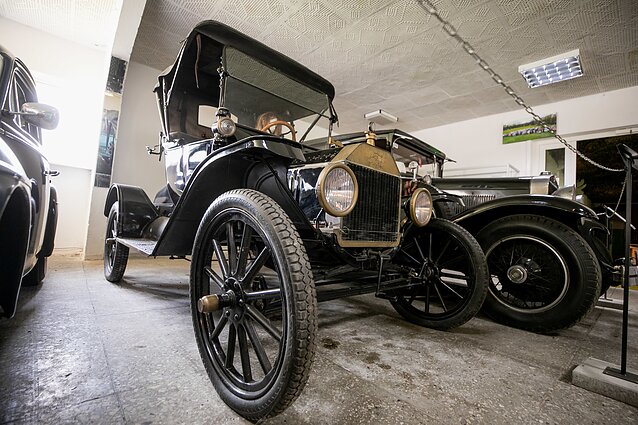 Among the museum's exhibits is the first mass produced car – Ford Model T built in 1908.

“It’s an automobile that placed the entire humankind on wheels, allowing them to freely move without the help of outsiders. In other words, neither locomotives nor ships were needed” says Kardelis.

Between 1908 and 1927, Henry Ford built over 15 million Model T cars. This was the first car to be made using the assembly-line method of production. Because of this, Ford Motor company could reduce costs and make the car affordable to the general public.

“The production speed for this car was also striking. On Mondays at 8:00, a ship would bring metal ore to the port of New York. Then it would be transported to Chicago. An assembled car would leave the factory in Detroit [...] on Wednesday afternoon. We can only imagine the production speeds. It’s hard to comprehend the efficiency back then.”

The car itself cost between 250 and 300 US dollars, while the average salary was some 100 to 150 US dollars a month. This meant people could get a brand new car for three months worth of pay, Kardelis says.

The Ford Model T is a very cheap and simple model, however, it has all the same features found in cars today, according to the head of the museum.

“The principle of an automobile remained the same – four wheels, a steering wheel, an engine and headlights at the front. Because of this, one could say that the very principles of automobilism were instilled with this model’s emergence in the market,” says Kardelis.

During the 19th and 20th century there was a lot of experimenting being done with cars, including changing the position and form of the steering wheel, changing the number of brakes, and more.

Henry Ford put everything in its place, and since then it was his model that was being improved upon in terms of safety, comfort and price, says Kardelis.

Before 1908, Ford’s cars would come in a variety of colors, including red, yellow, blue and black. However, since the assembly-line method of production was adapted for car manufacturing, Ford would save time and only make his cars black, as it would dry fastest. 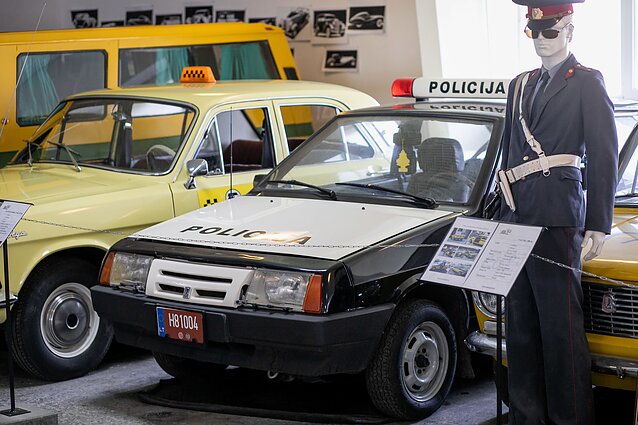 First cars based on chariots

“At the very beginning of automobile manufacturing everything was developed based on chariots, where the elite would sit in the back, it was most spacious. Because of this we can see that all interwar cars, especially first generation ones, are built with a very spacious rear end.”

At the end of the 19th century, you needed three people – the driver, the car mechanic, and the passenger – to drive a car. At the start of the 20th century, the driver was also a mechanic.

Over time the elite realised that hiring a driver was too expensive, and eventually took the steering wheel into their own hands, says Kardelis.

“Automobiles began to change in the 1920s, and a lot of attention was paid to the driver’s seat,” he details, adding that Ford already envisioned the passenger and the driver as one and the same. 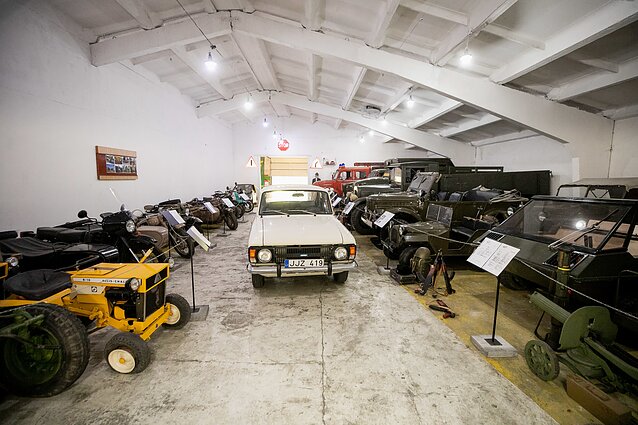 The museum showcases another legendary model of the automotive industry, the Volkswagen Beetle (Käfer). It was designed by Ferdinand Porsche, and even considered a copy of one of Škoda’s models for a while.

Since 1970, Volkswagen has produced some 21.5 million of these cars. The initial production took place in Germany, then later expanded to Mexico and Brazil.

The museum also houses many vehicles commonly seen during the Soviet period, from ZAZ-965, widely known as the hunchback, to GAZ Volga, Zhiguli, Moskvitch, and more.

The association has also been given some old homemade cars, and among them is the Alrekas AKR85 minibus. Its designer Albinas wanted a minibus so he could travel, however, they were then only sold to large families.

“This automobile was given to us by Albinas’ wife and daughter, and we are very grateful to them, since it’s not just the automobile that’s interesting, but also its history,” says Kardelis.

While constructing his cars, Albinas would do test drives in a street in Alytus, Kardelis explains. Albinas would write down “Test” on a piece of paper and place it by the front windscreen.

“The locals were used to that, even the militia did not interfere with his tests when they saw him driving down the street. Everyone knew that the man had the hands of gold.”

Back then, people built their own vehicles out of necessity rather than passion or hobby, since many were poor and could not afford factory-made cars, Kardelis adds. 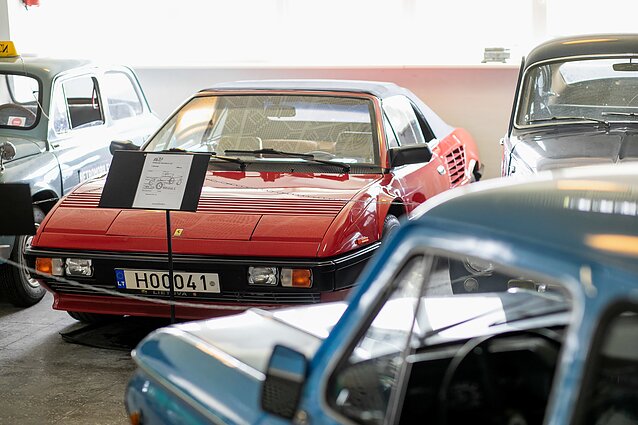 Cars with dark past

Several of the museum's exhibits, including passenger cars and post-War machinery, were restored to their original form.

Some of the cars are used in film shootings, for example, the GAZ 11–73, which made its appearance in the film The Poet. However, during the Soviet period it was largely driven by the NKVD. The car was even nicknamed Black Raven among locals, since the car entering the backyard meant that someone would be deported to Siberia that day.

The museum also showcases the Italian Ferrari Mondial QV, which was first produced in 1985. 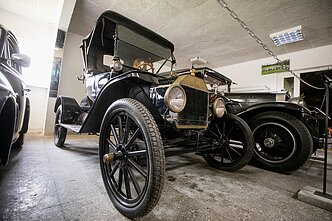 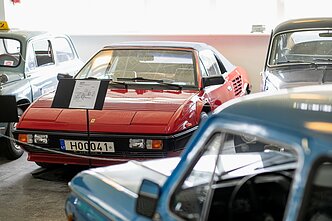 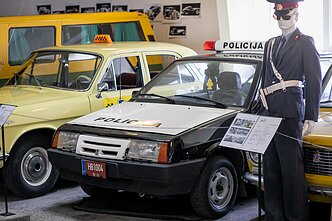 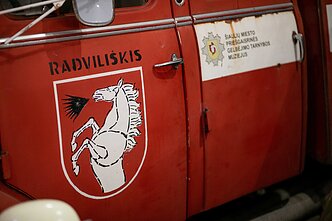 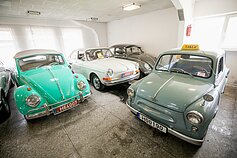 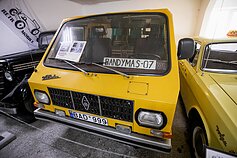 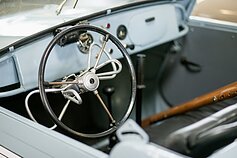 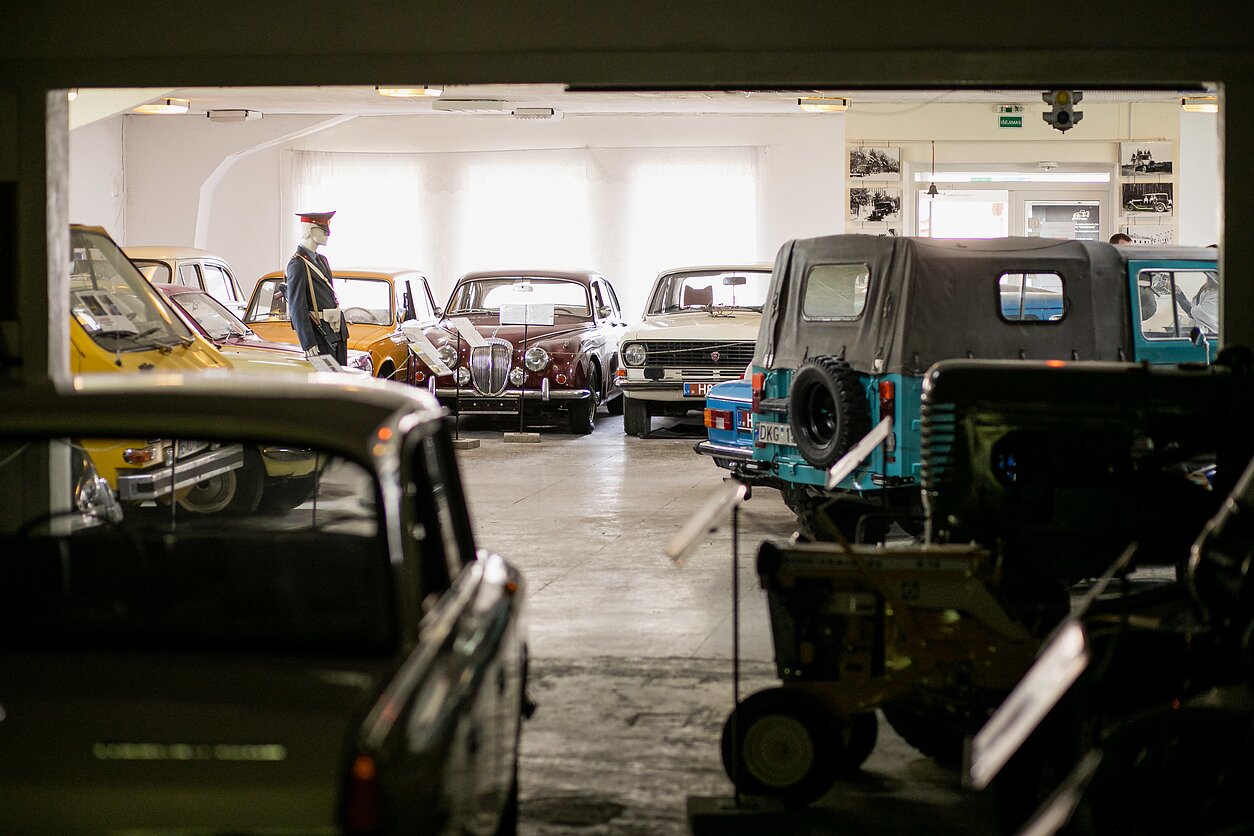 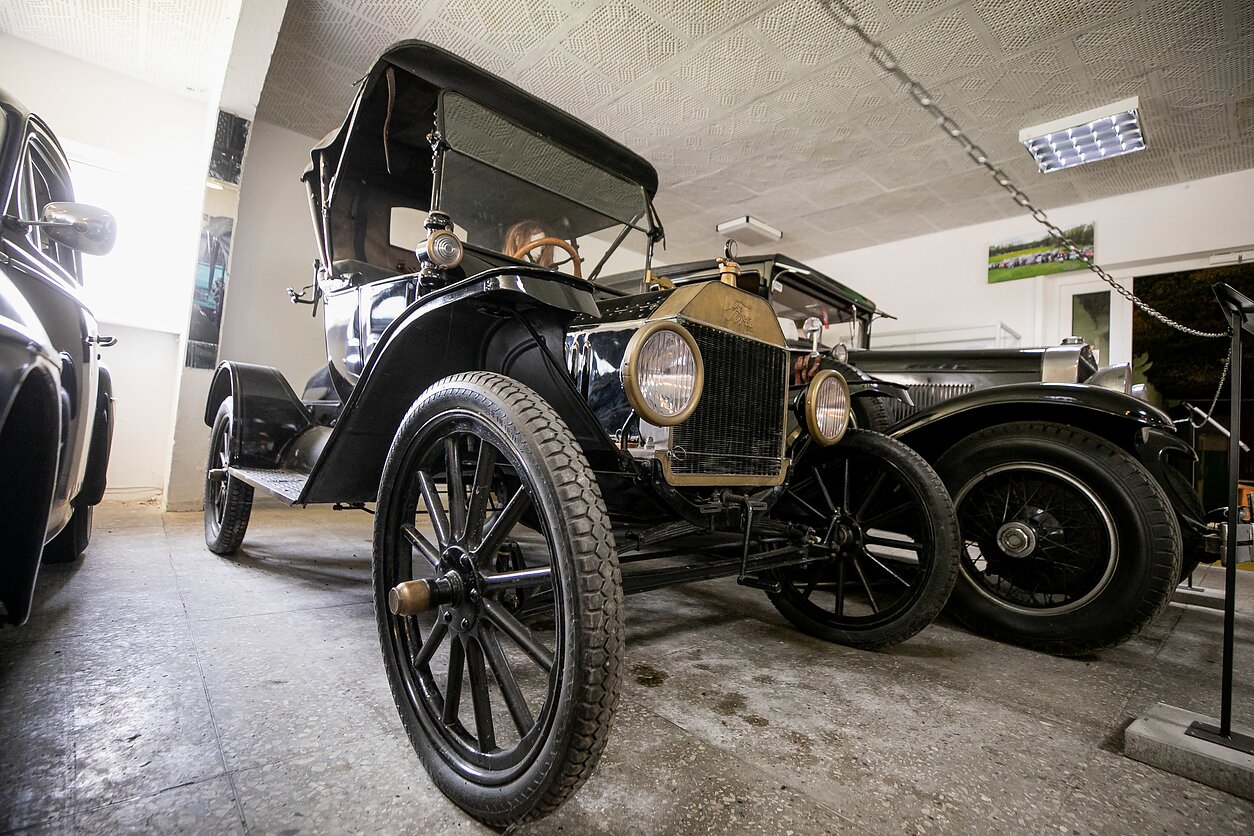 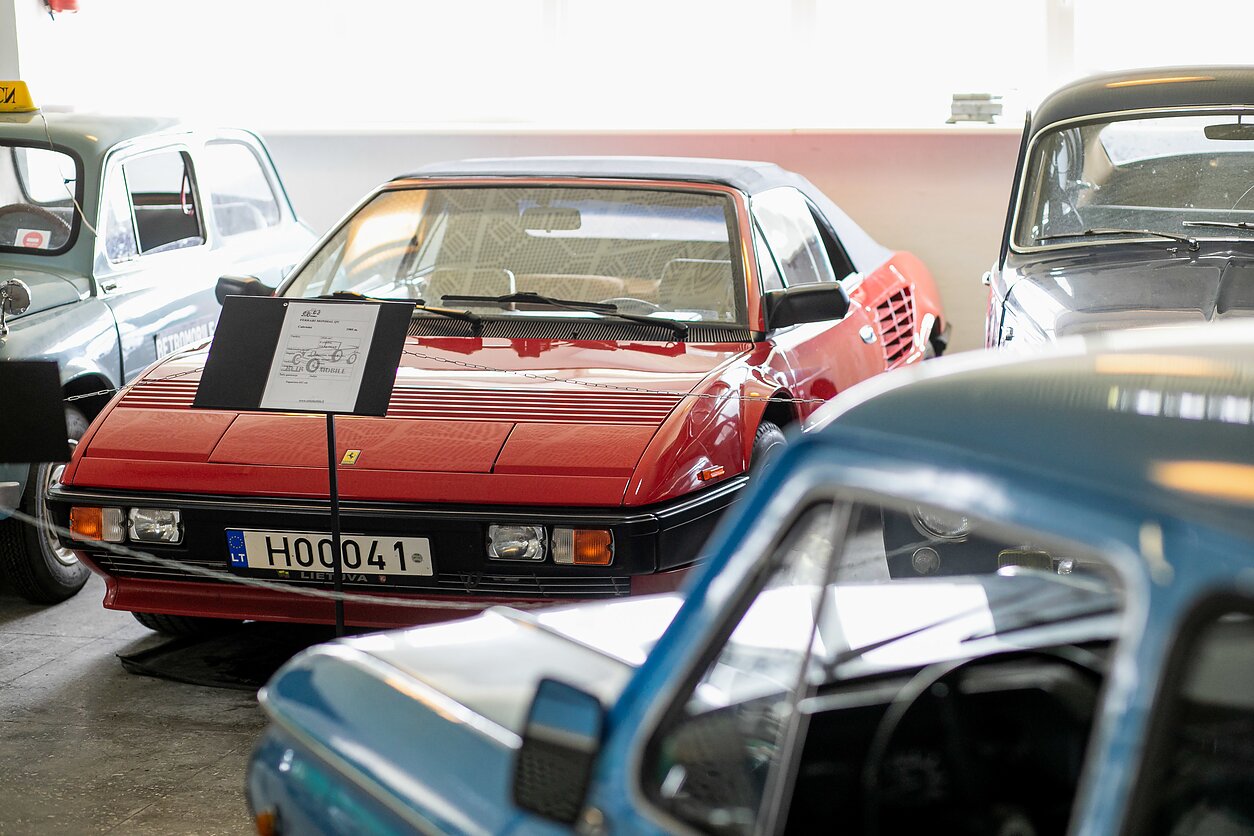 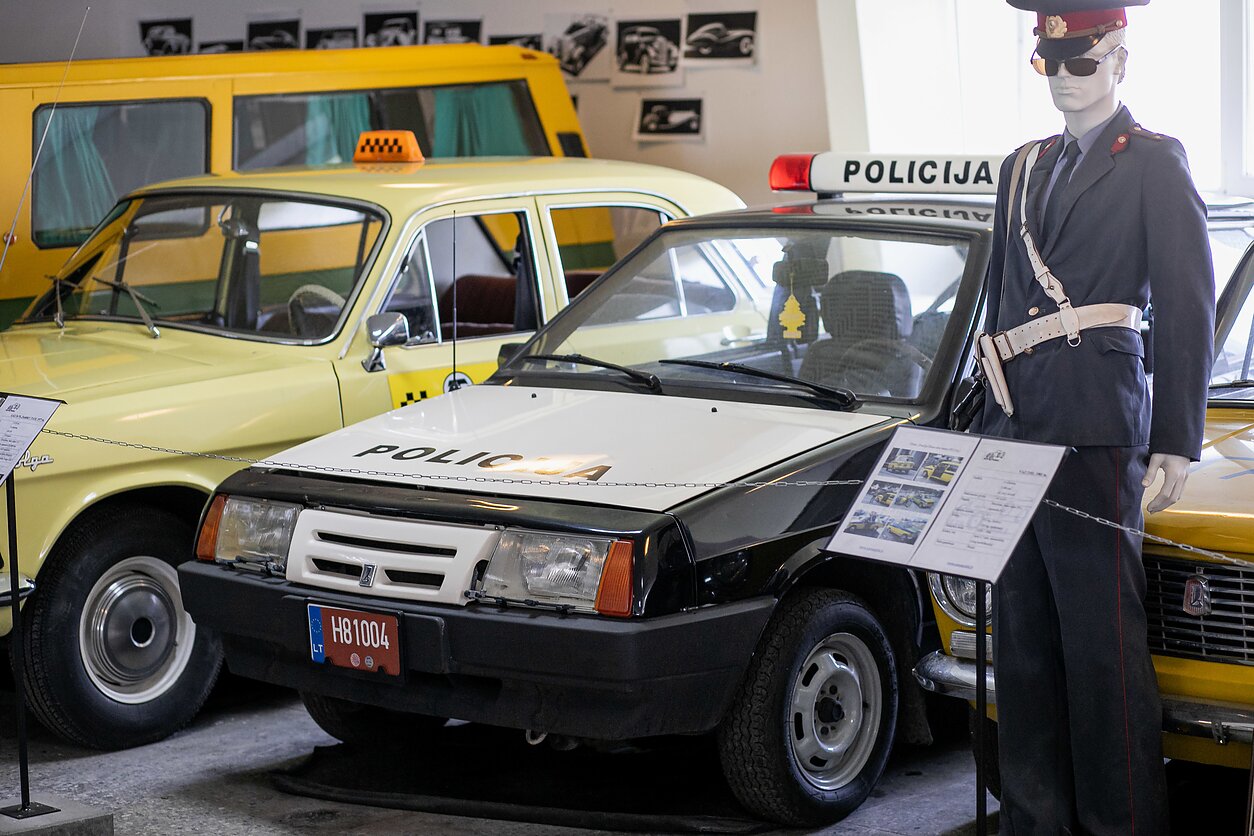 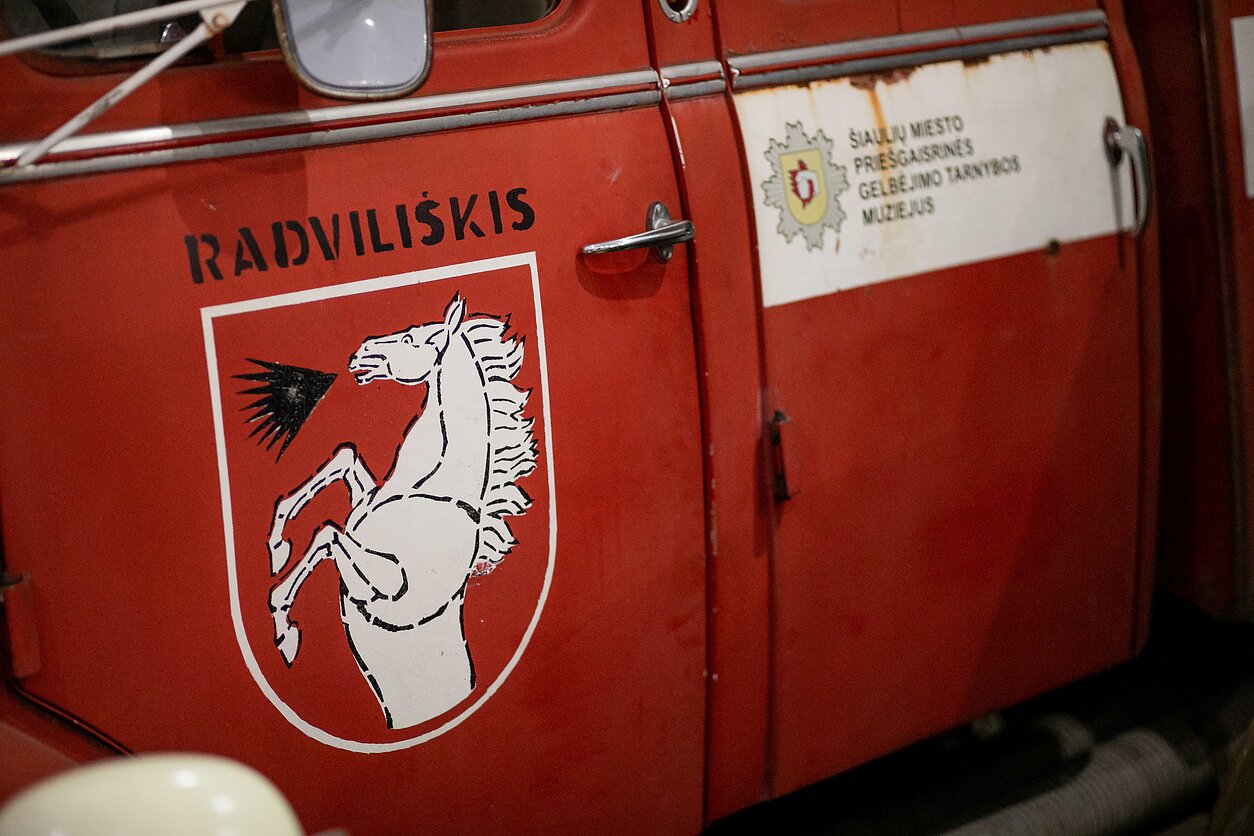 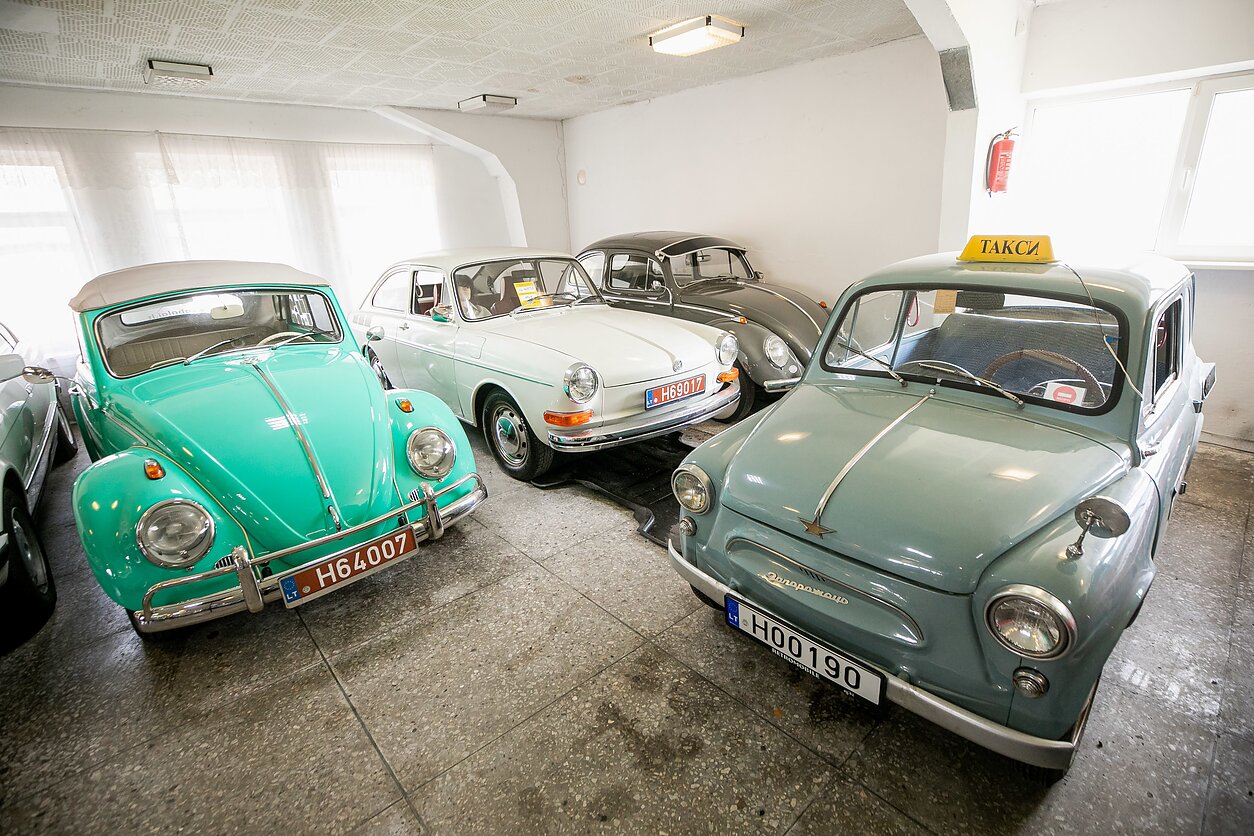 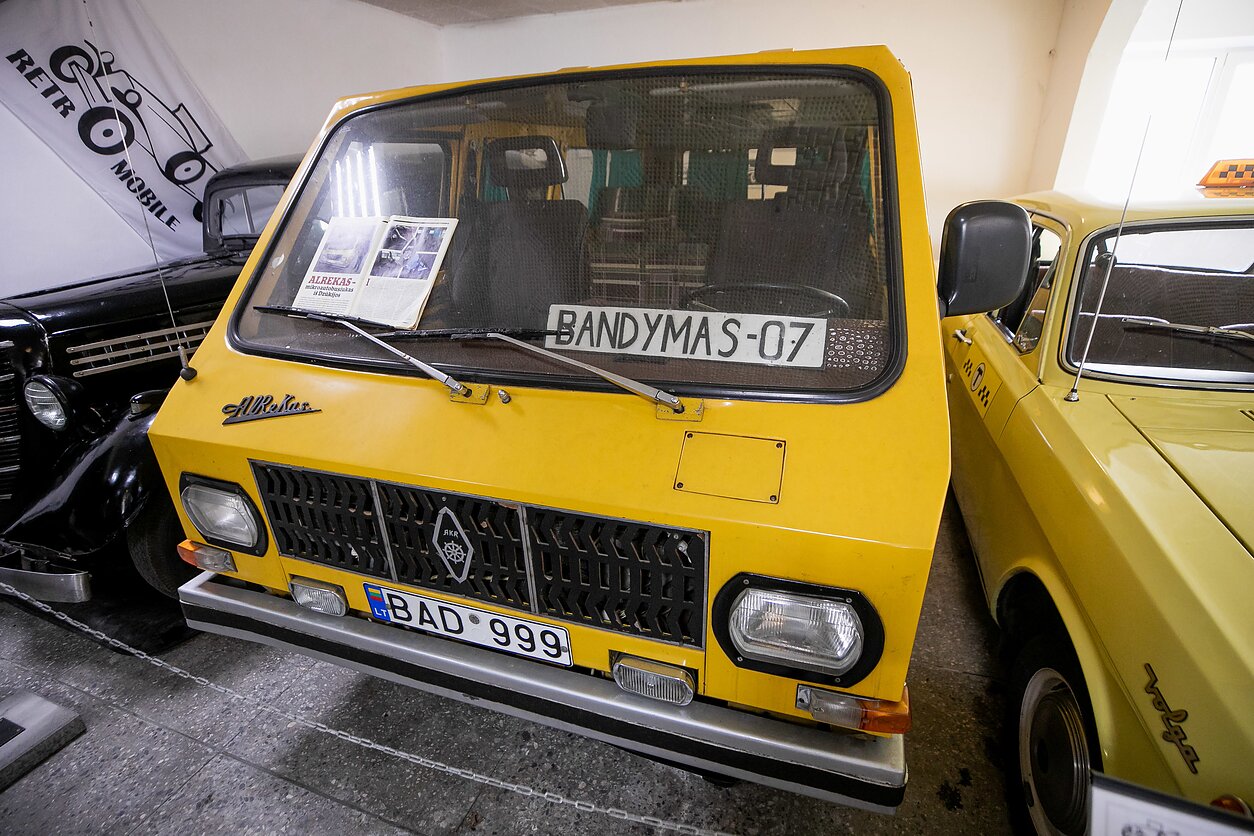 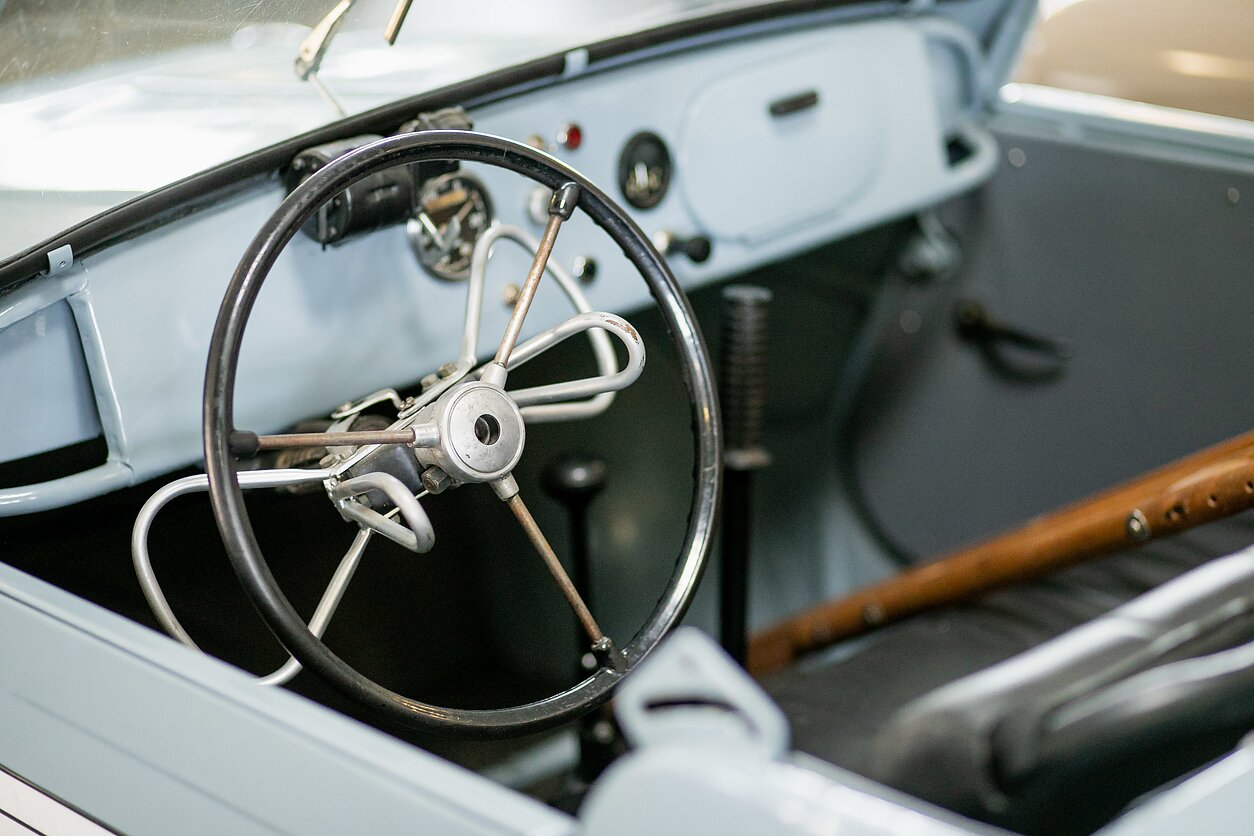 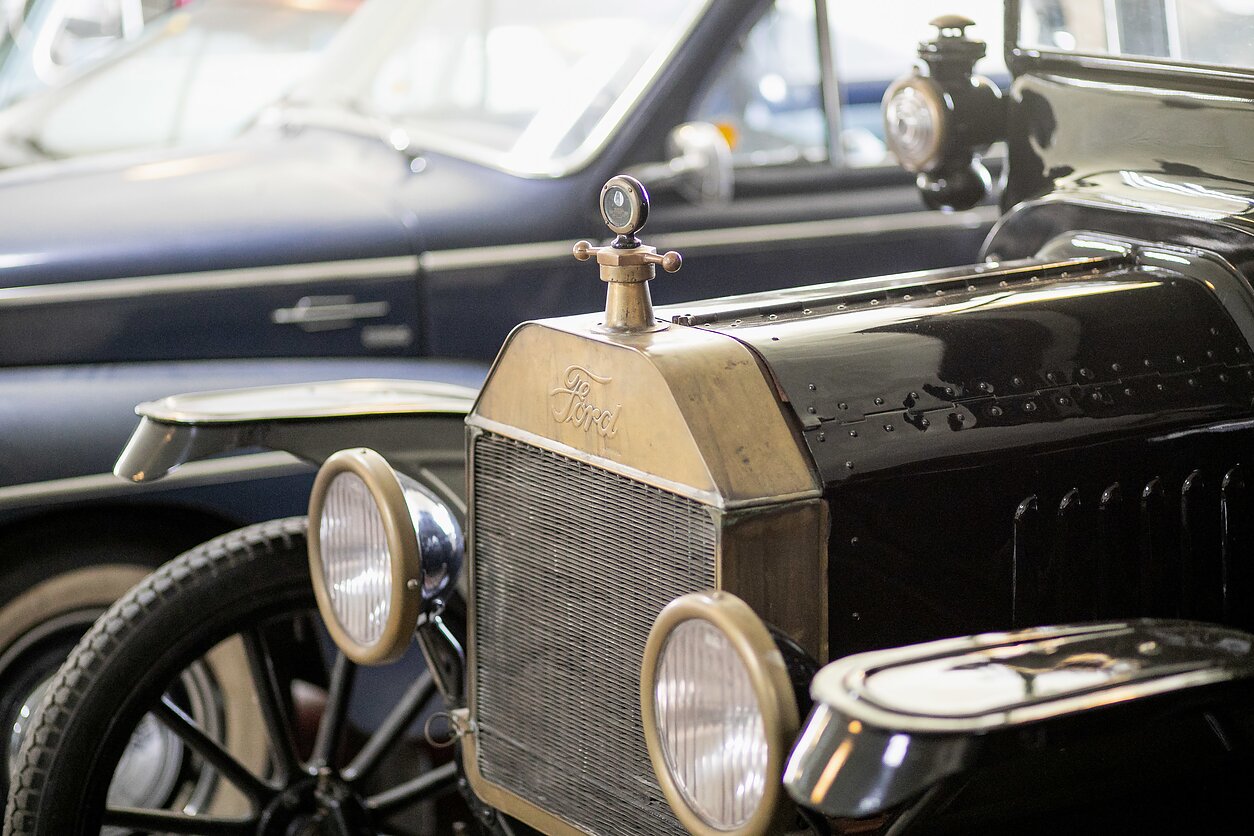 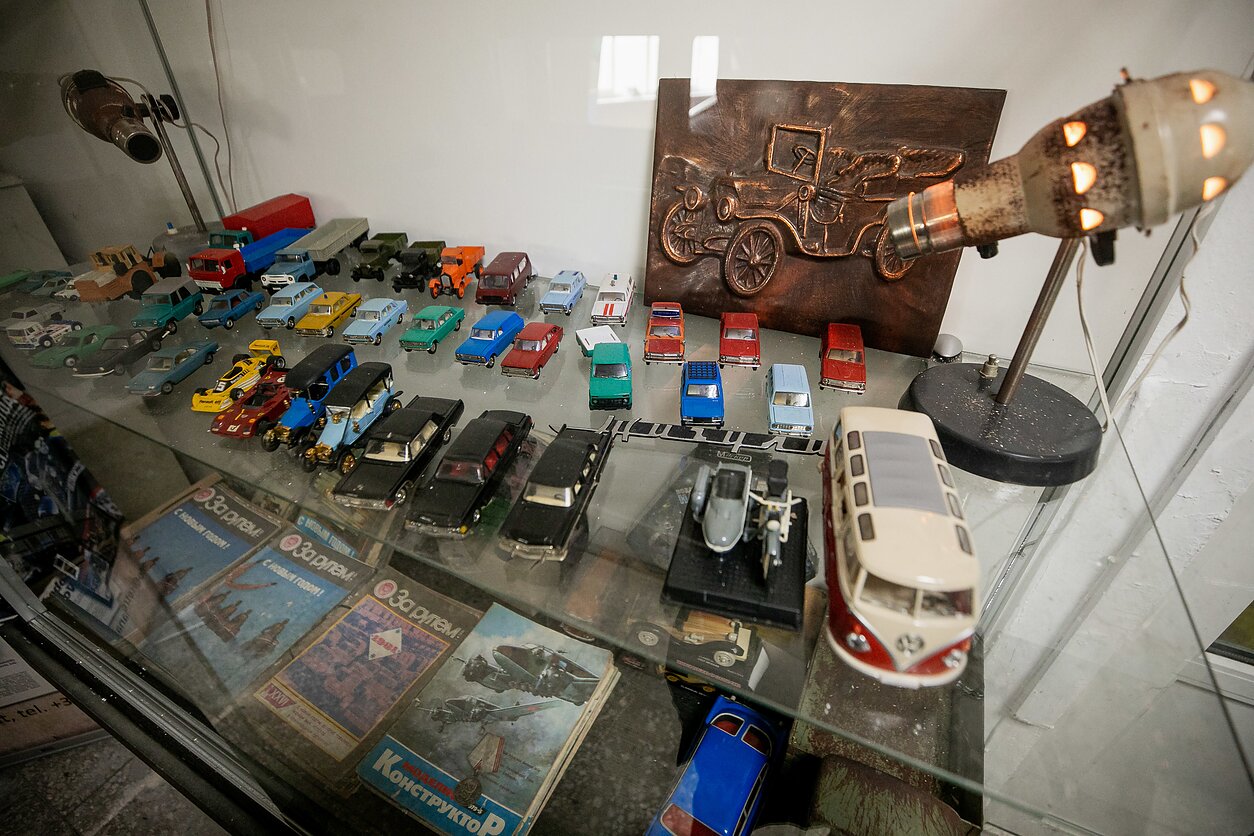 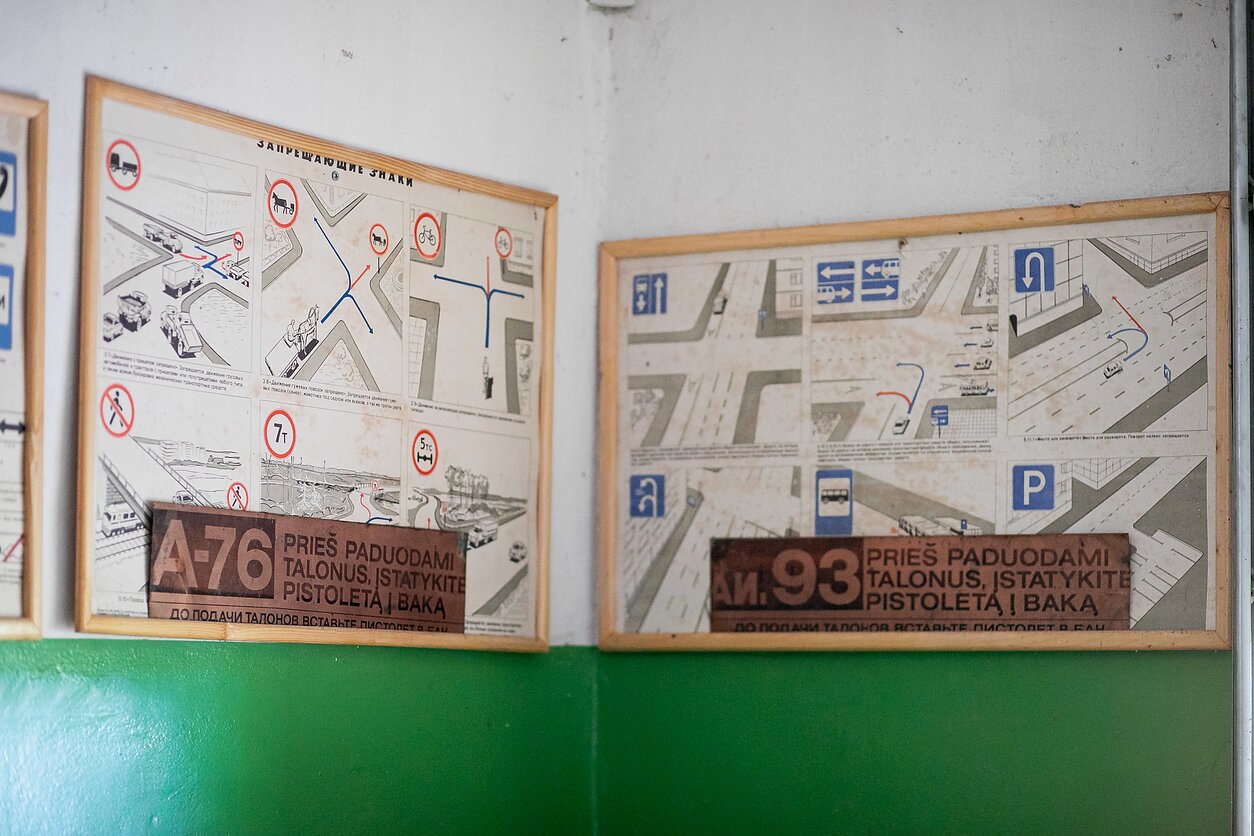 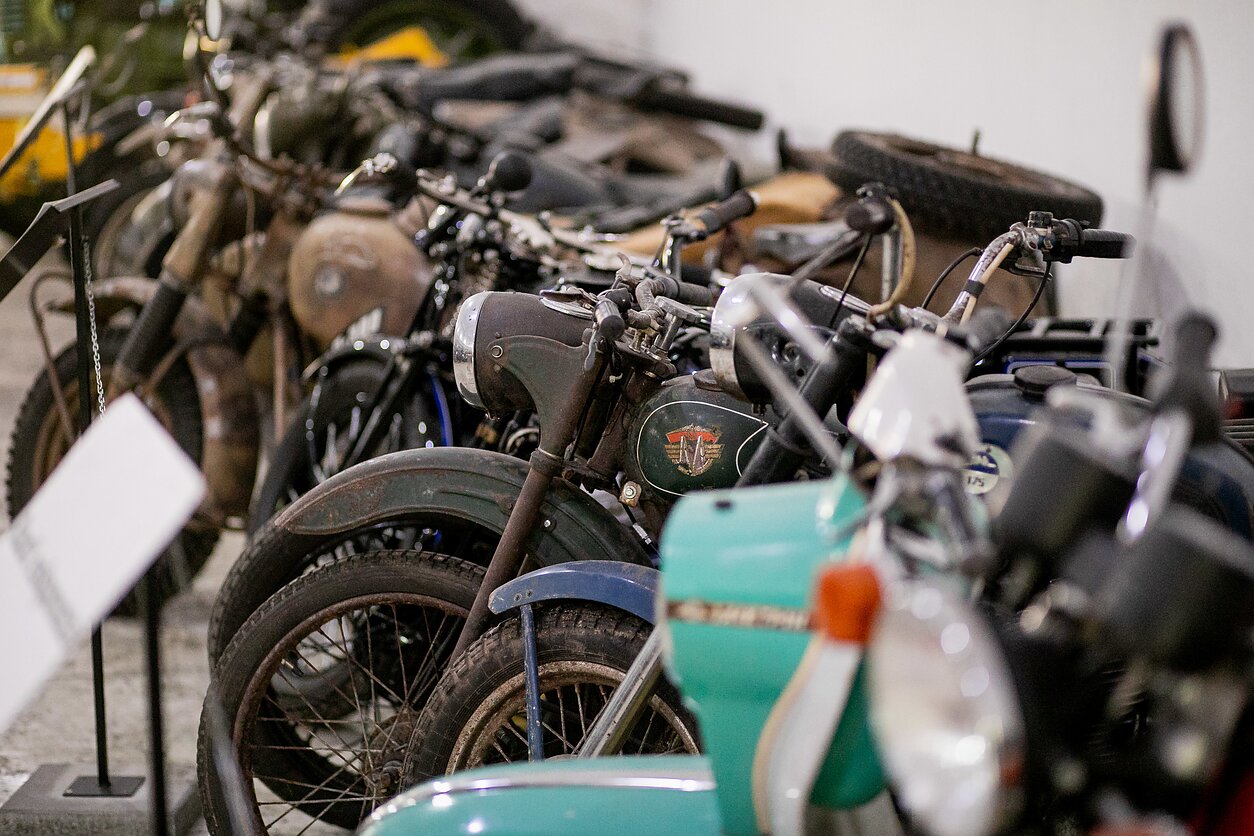 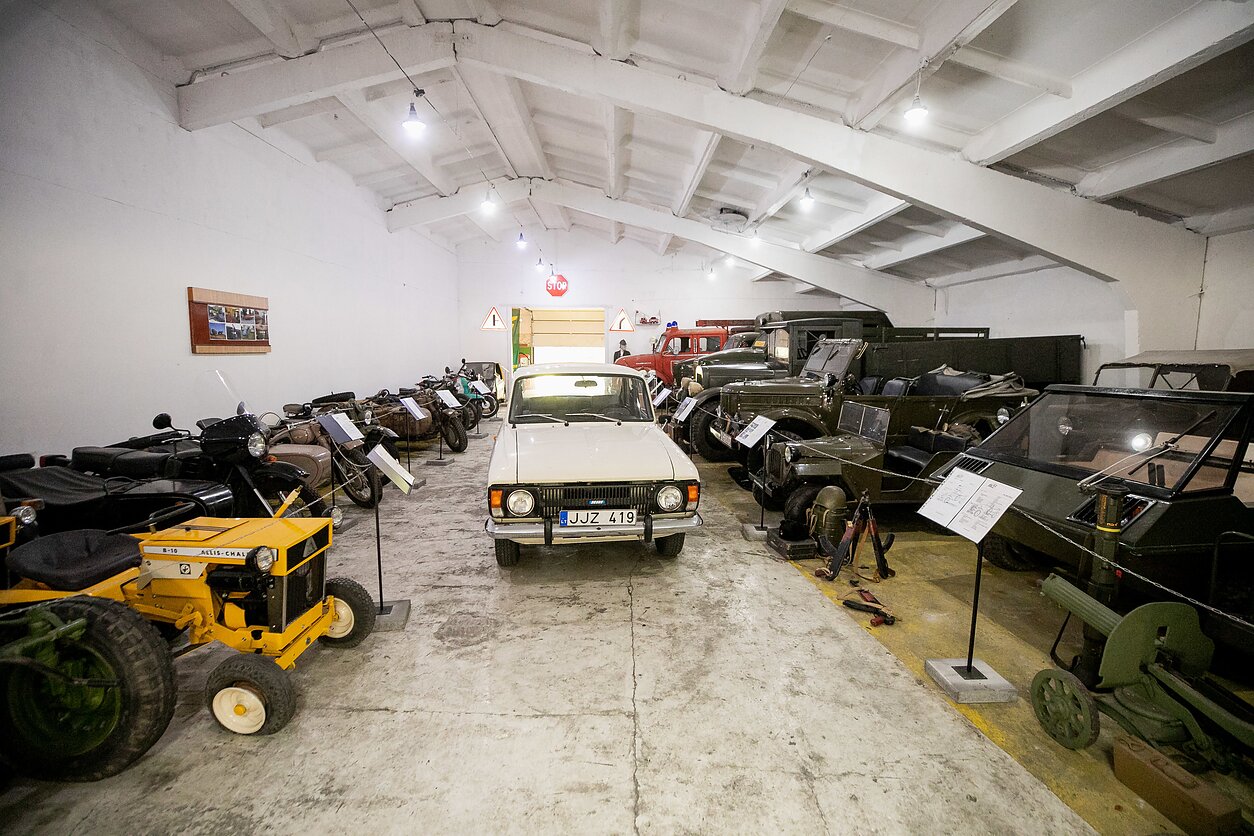 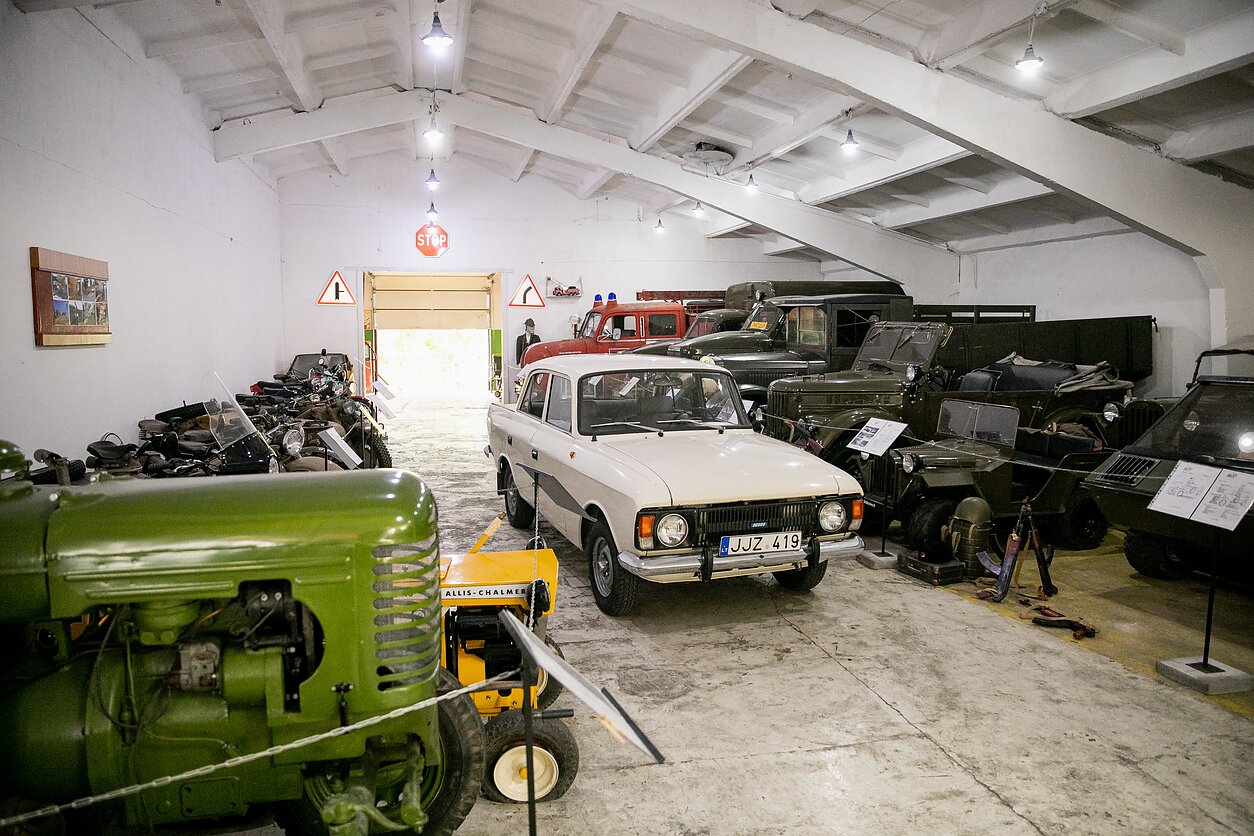 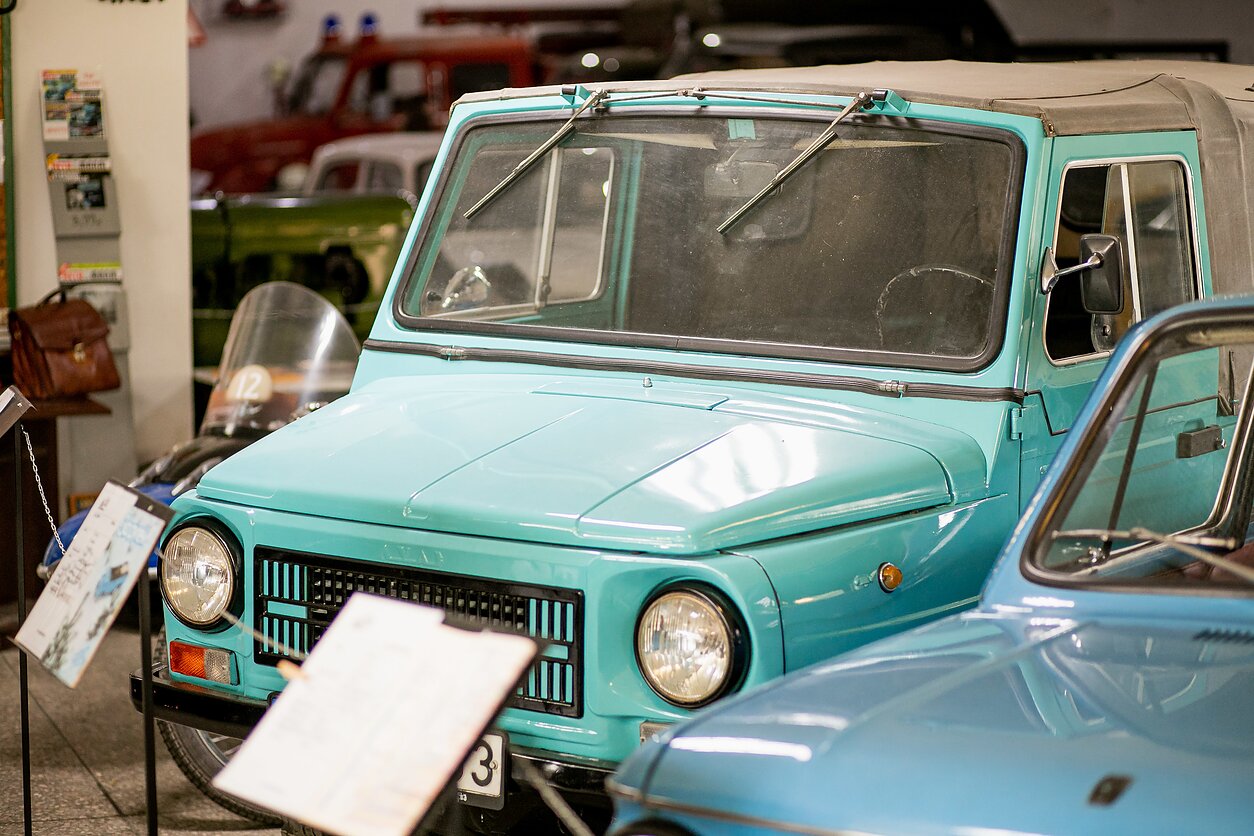 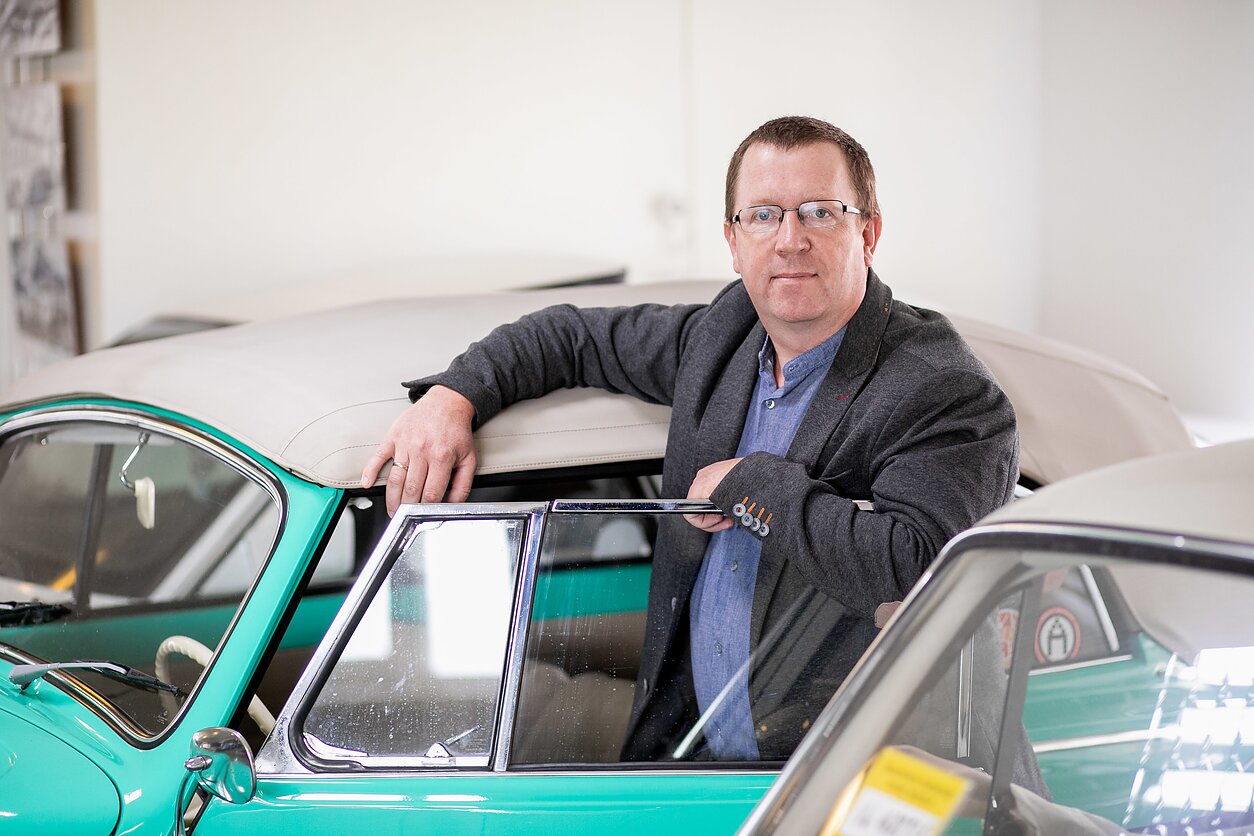 Ramūnas Kardelis, head of the museum and the president of the Lithuanian Association of Preservation of Historical Vehicles Retromobile.
16 / 16D. Umbrasas/LRT

Diving into history in Lithuania's vintage car museum: from Model-T to Soviet ‘hunchback’