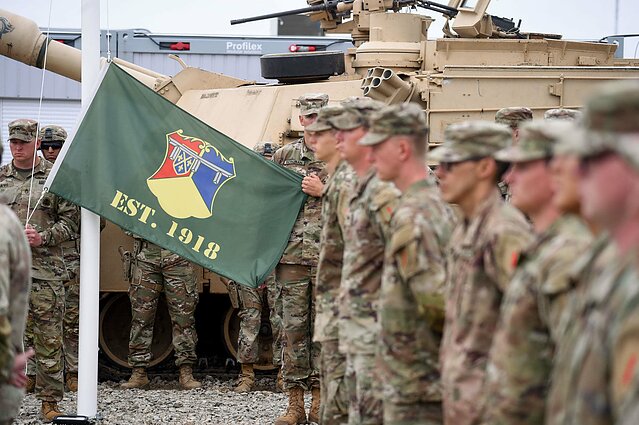 Lithuania opened a military training camp for US troops in Pabradė on Monday. Politicians say it should help the country get more attention from Washington.

Lithuania will also strive to host a permanent US military base, they insist.

US battalions of approximately 500 troops have been rotating to train in Lithuania since 2019. Between 2014 and 2017, company-size units of around 200 US troops were stationed in Lithuania.

“Attention, certainly, we want more [attention] as [...] we see the broader geopolitical picture, which unfortunately has not been improving in our region,” President Gitanas Nausėda told reporters at the Pabradė military training area after attending the opening ceremony.

“We even see efforts of various types to make use of internal confusions, attempts to use that situation for political purposes. We cannot let that happen,” he added. 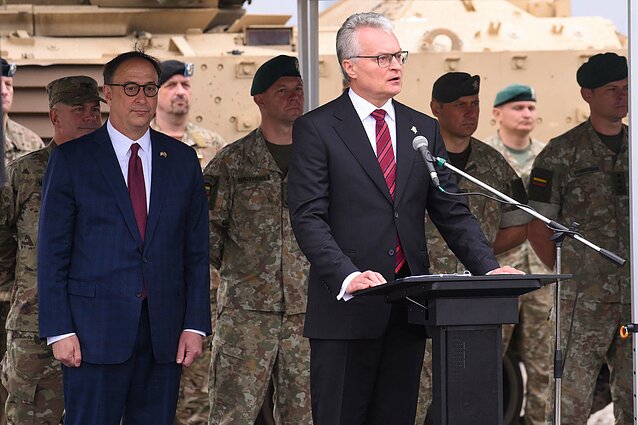 Lithuania has been seeking for years to be a destination for permanent US military presence.

Defence Minister Arvydas Anušauskas said that he hoped for “a permanent presence of our allies in our country”.

“We hope for a permanent presence of US [troops] instead of rotational, [...] which would contribute to the policy of deterrence and stabilisation of security situation in the region,” he added. 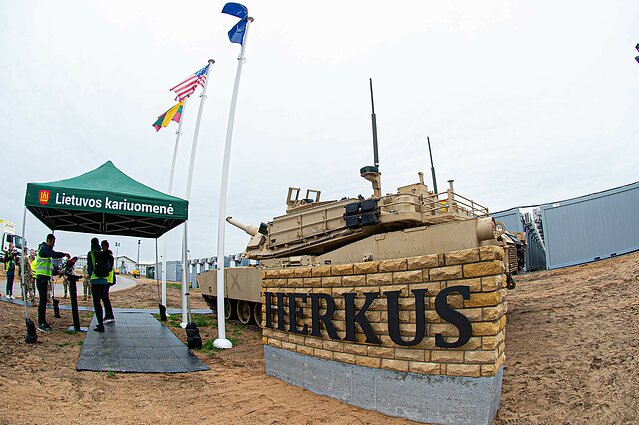 The opening ceremony of Camp Herkus / A. Pliadis/Defence Ministry

Lithuanian politicians on Monday took part in the opening of Camp Herkus, the new camp for US troops.

Camp Herkus, which can accommodate approximately 500 soldiers, has container housing units, offices, a canteen, two basketball and volleyball courts, a gym, a leisure centre and other facilities.

The compound, which will be expanded to accommodate more people, cost Lithuania approximately 7 million euros. 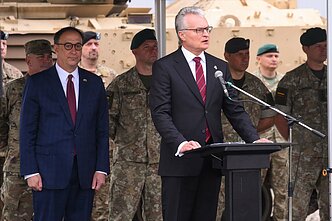 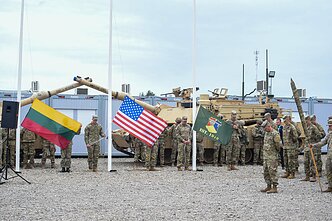 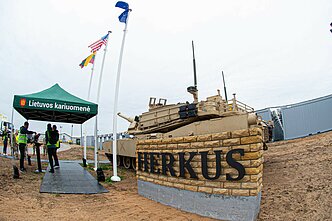