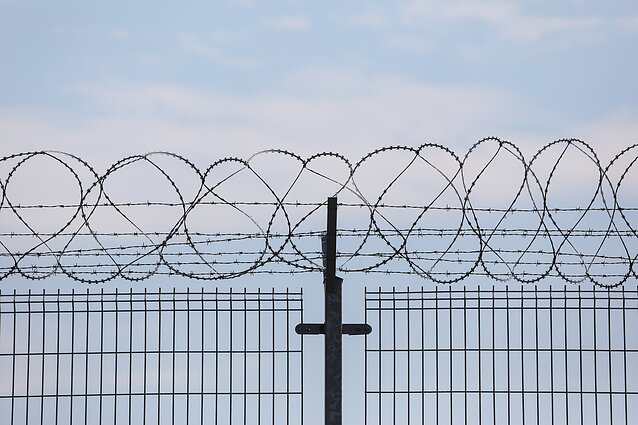 A third of Lithuanians consider building a wall along the Belarusian border as the most effective way of dealing with irregular migration, a survey by Nordstat suggests.

The survey of 1,000 people was carried out on August 5 through August 23. Poll results showed that 33 percent of respondents supported installing a fence along the border with Belarus.

Last week, the Lithuanian government designated the state-owned Epso-G Group to build a fence on the border with Belarus. Up to 152 million euros were allocated for the project.

“The objectives of the project are clear. We have to complete the work by September next year, and we are preparing for that now,” Rolandas Zukas, chief executive officer of Epso-G Group, said last Monday.

Seventeen percent of the respondents in the survey back pressing Iraq to suspend flights to Minsk. Another 14 percent supported resettling migrants to other EU countries, while 12 percent agreed that the government should persuade migrants to return with money payments. 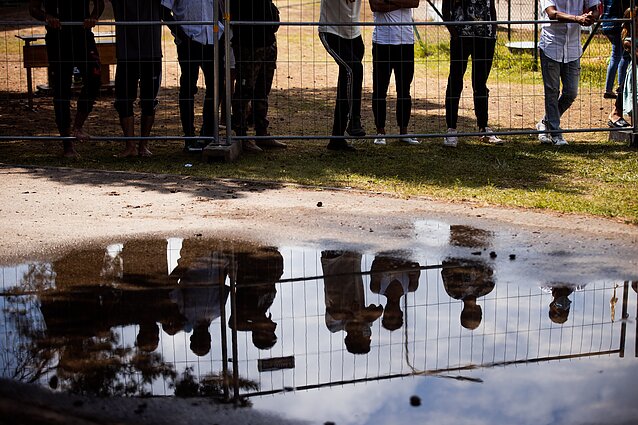 Lithuania currently offers 300-euro allowances to migrants if they agree to return home.

According to the poll results, 10 percent of respondents considered negotiating with the Belarusian president Alexander Lukashenko as a suitable strategy for tackling the migrant crisis. Some 3 percent responded that Lithuania should accept migrants and put together plans for their integration.

Eleven percent of the respondents were undecided.

Some 40 percent of male respondents support installing a fence, while among women the share was 28 percent.

Younger people were more supportive of resettling migrants in other EU countries. The percentage stood at 19 percent in the 18–24 age group. Moreover, 15 percent of younger respondents also backed pressing Iraq to suspend flights to Minsk.

By comparison, older people more often preferred building a physical barrier as the most effective method of dealing with irregular migration. Some 35 percent of those in the 25–34 age group were in favour of installing a fence. The percentage stood at 33 percent among the 35–44-year-olds, and at 40 percent among the 45–54 age group. 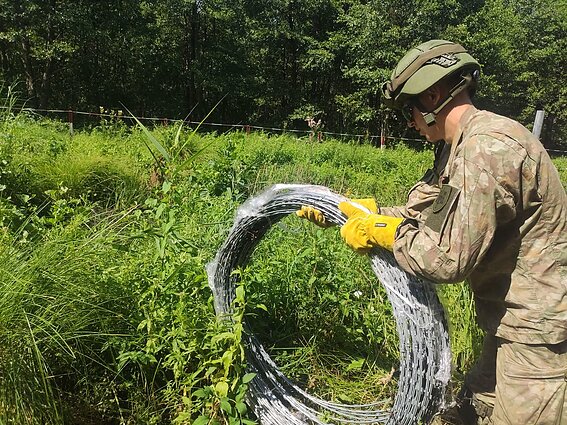 Some 38 percent among the 55–64 age group back physical barriers along the border with Belarus.

There was hardly any difference between urban and rural dwellers: 33 percent in both groups thought building a physical barrier was the most effective strategy.

The installation of a barrier was the most popular option with people with higher education, 37 percent.

“The government’s position that a physical barrier with Belarus should be built seems most reasonable to people because irregular migrants [...] are seen as a threat to Lithuania’s ethnic, national integrity [...],” said political scientist Giedrius Česnakas.

Moreover, Lithuanians are more familiar with cultures of other EU states and the post-Soviet countries, according to him.

Distrust in “those that we know little about” also explains why so few respondents chose accepting and integrating migrants into the society as a suitable strategy, he added. 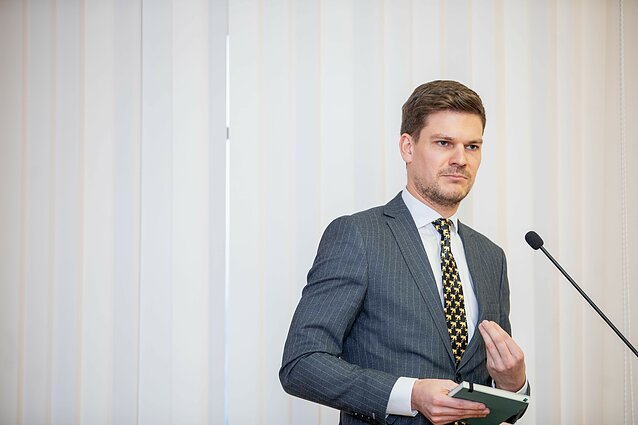 However, he believes, choosing a physical barrier as the most effective strategy does not mean that Lithuanians distrust or resent migrants.

“I get an impression of the society wanting to have more control [...] while trying to bar illegal entrance to Lithuania. That’s why we're talking about a wall. [...] I cannot say that this is hostility of the Lithuanian society,” he said. “[...] what can be seen more is that people miss effective control, surveillance while stopping migrant flows.” 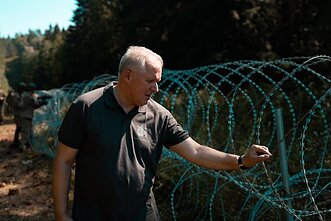 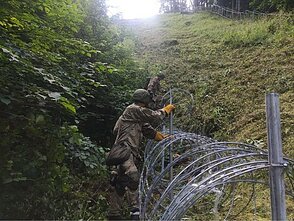 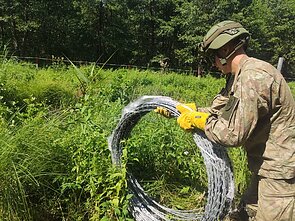 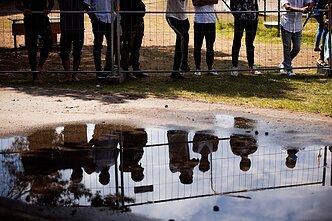 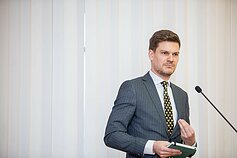 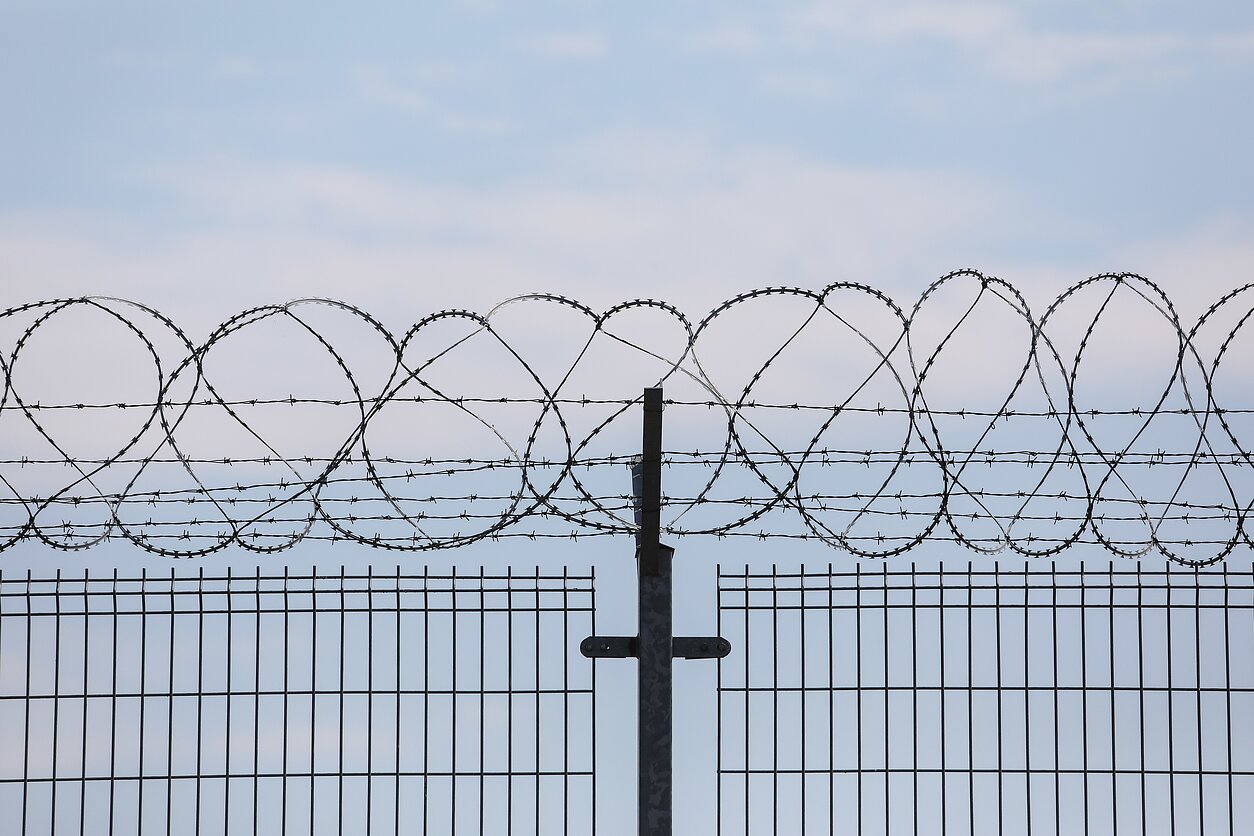 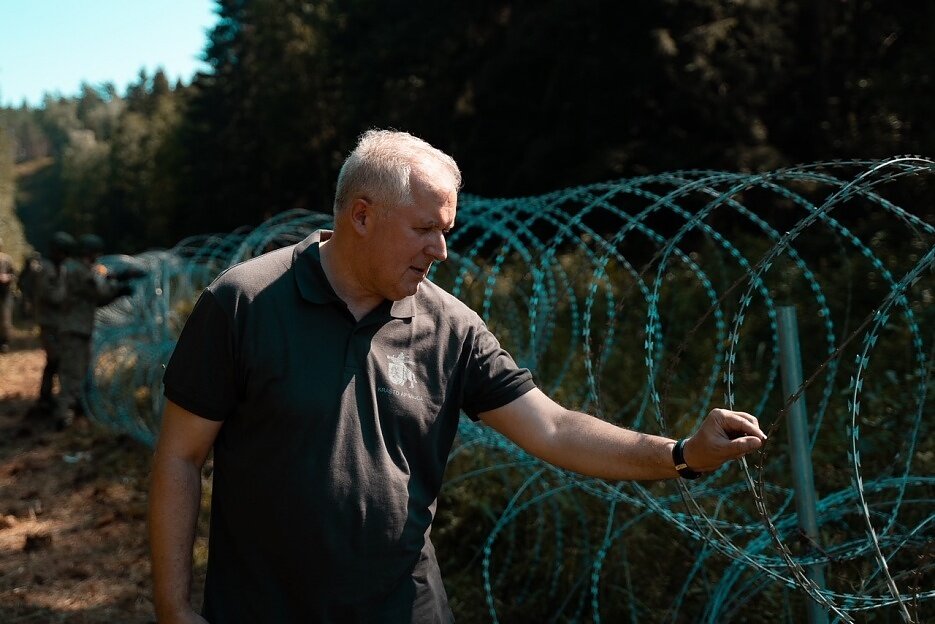 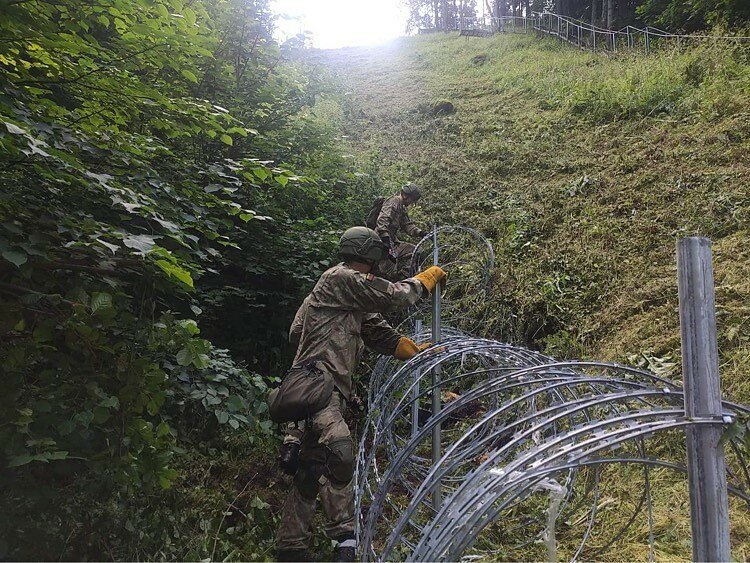 Soldiers are building a barbed wire fence along the Belarusian border
3 / 6. Tamošiūnas/Defence Ministry 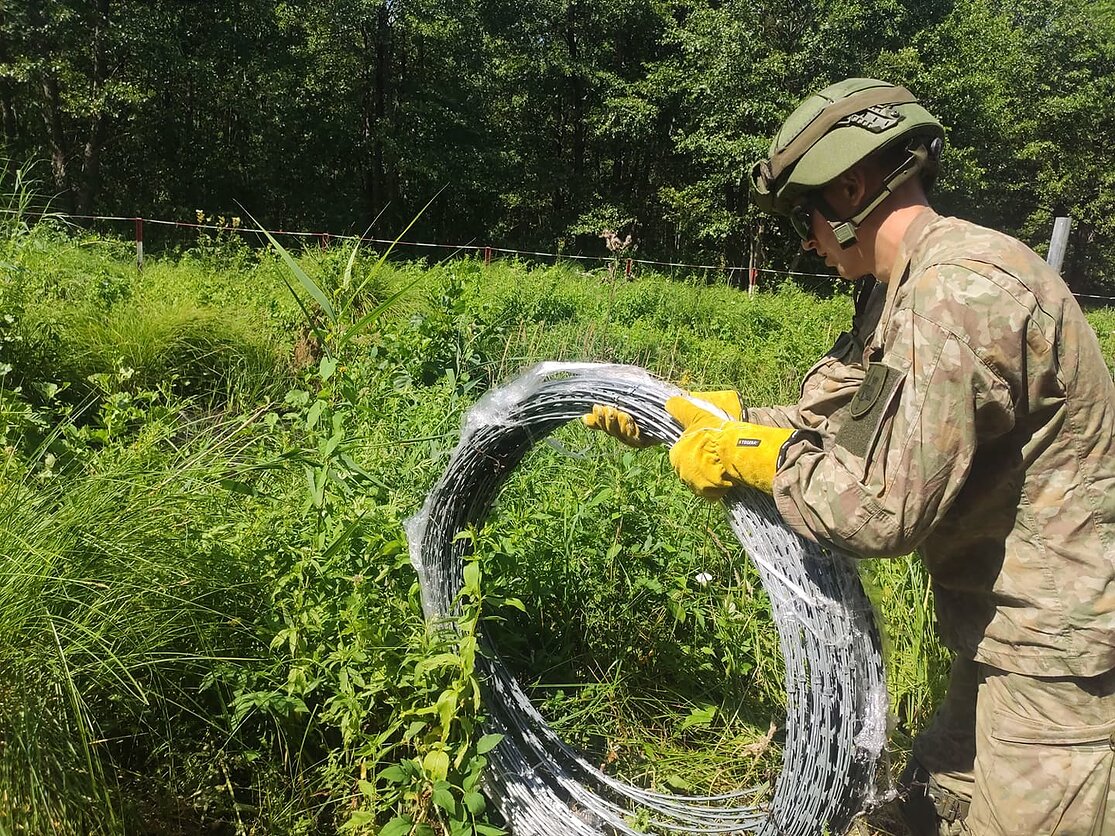 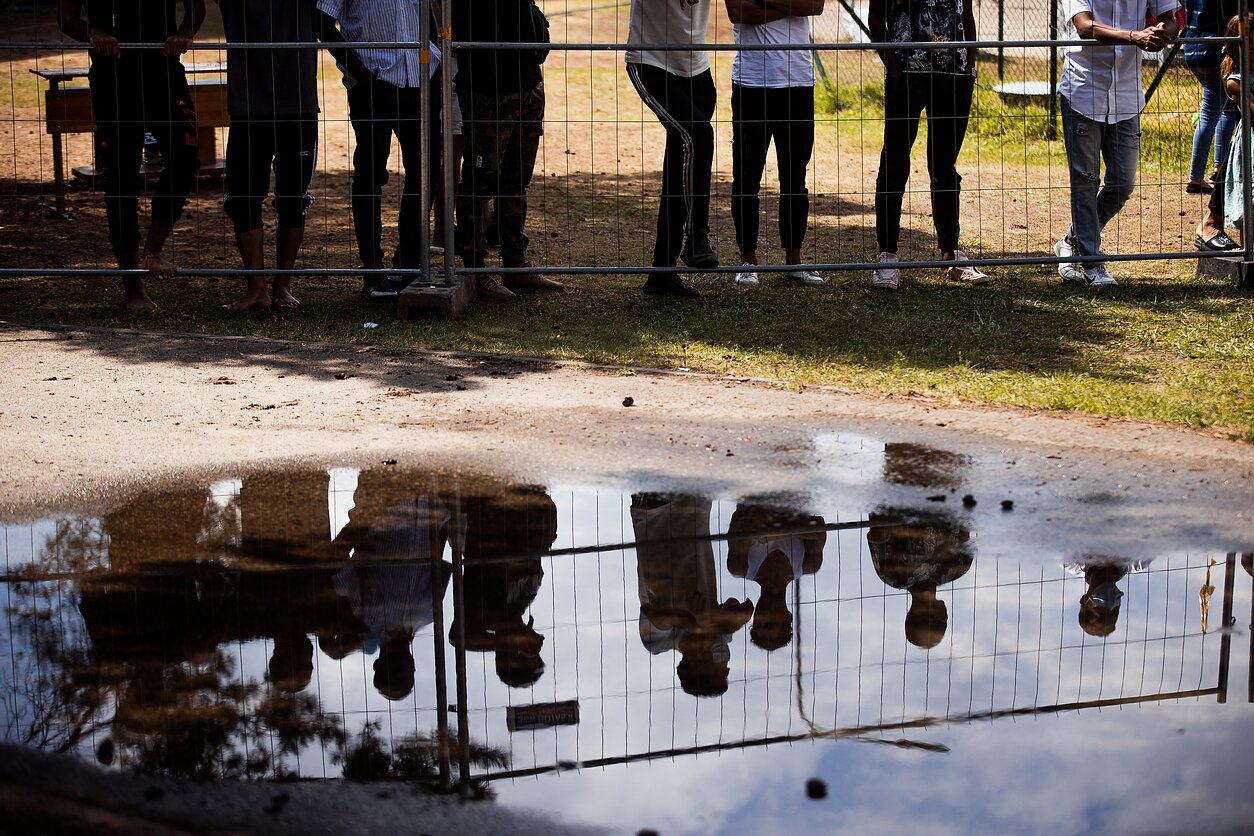 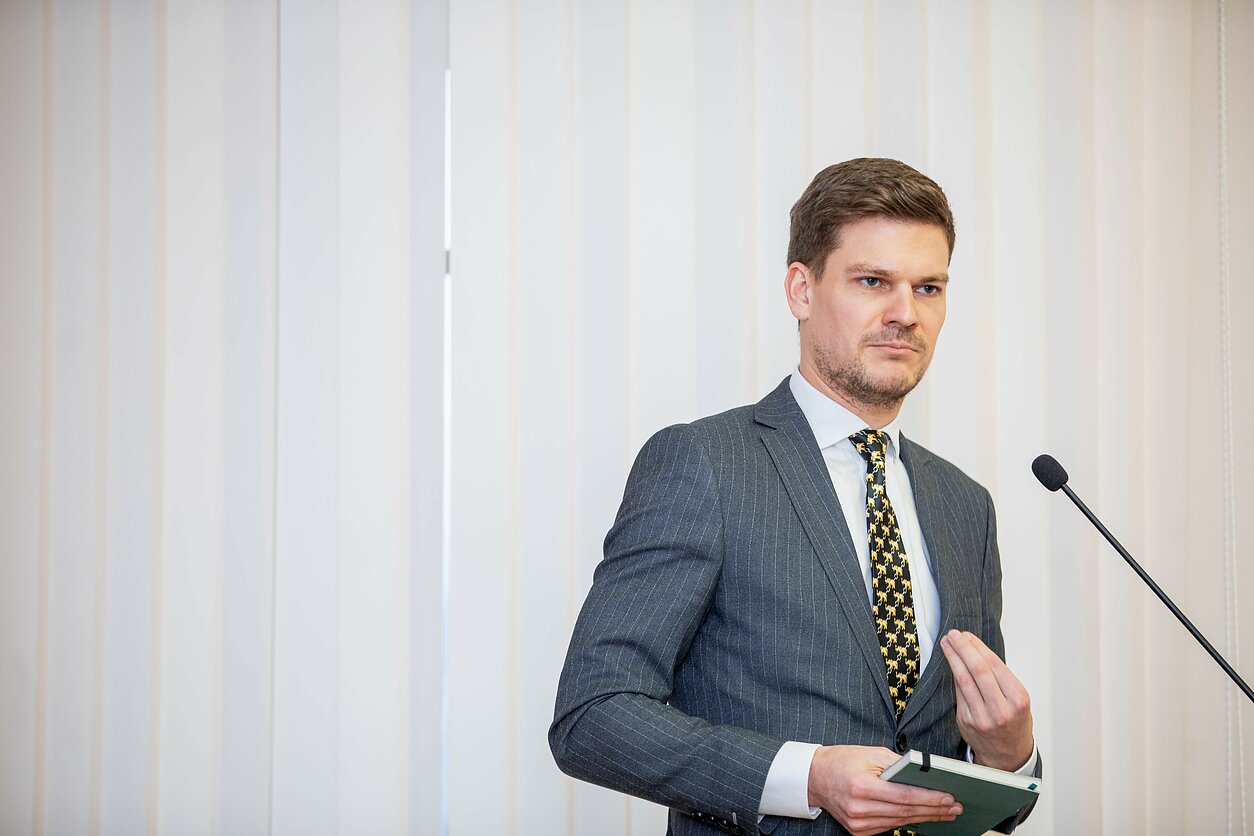