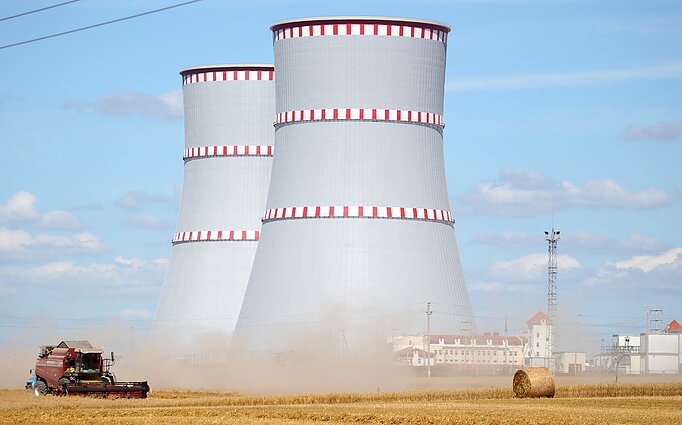 Belarus’ nuclear plant built some 30 kilometres from the Lithuanian border has been taken offline, the Belarusian Energy Ministry said on Monday.

“The first power unit of the BelNPP was disconnected from the network by automatic generator protection,” the ministry said on its official Telegram channel. “The reasons for the shutdown of the generator are being established.”

Lithuanian officials maintain that the plant built by Russia’s state atomic nuclear corporation Rosatom and funded by the Kremlin is unsafe. Minsk denies all allegations.

The plant in Astravyets suffered an incident just days after coming online in November last year. Its construction and subsequent operation were also marked by a series of incidents, most of which were only revealed after activists, NGOs, or independent media first reported about them.