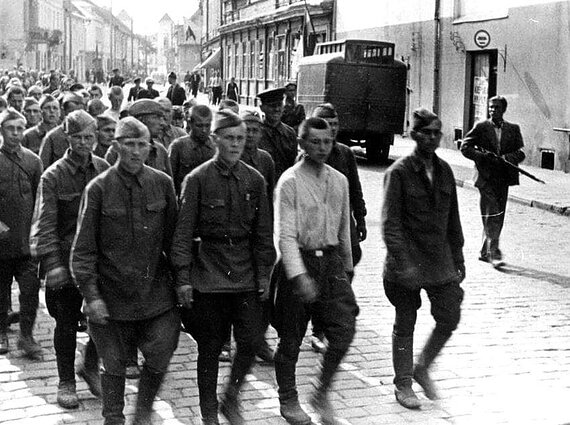 Lithuanian rebels lead the disarmed Red Army soldiers through the Vilnius Street in Kaunas, in 1941 / Wikipedia

The June 1941 uprising continues to be one of the most controversial historical events in Lithuania. An act of resistance against the Soviet occupation, it also marked the beginning of persecution of Jews in the country.

On June 22, 1941, Nazi Germany attacked the Soviet Union and invaded the territory of Lithuania. On the same day, as the Red Army was retreating, uprisings broke out across the country. The rebels hoped to take control before the Germans came, securing some degree of autonomy for Nazi-occupied Lithuania.

The dark side of the June uprising is that it ushered a wave of anti-Semitic attacks. Organised groups began persecuting Jewish citizens in Kaunas and other towns near Lithuanian borders. Ordinary Lithuanians also contributed to massacres, says historian Nerijus Šepetys, associate professor at the Faculty of History of Vilnius University. 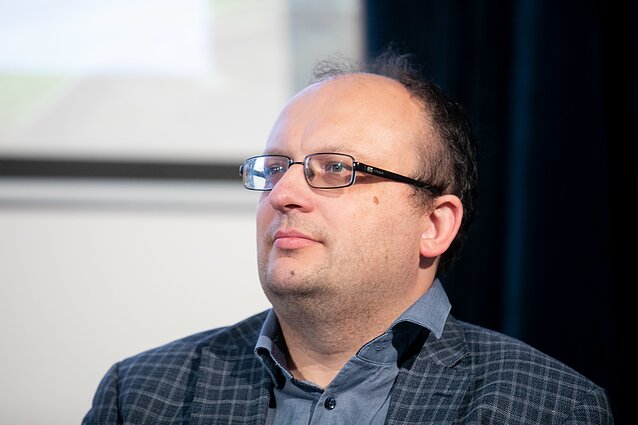 The opening of the Eastern Front in World War Two was met with high expectations in Lithuania, people hoping that Nazi Germany would defeat the Soviets and let Lithuania declare independence, says Stanislovas Stasiulis, head of the Paneriai Memorial at the Vilna Gaon State Jewish Museum.

The June uprising was organised by the Lithuanian Activist Front (LAF), an organisation founded by Kazys Škirpa, Lithuania’s representative to Germany, and established in Berlin on November 17, 1940.

President Antanas Smetona stated that the Nazis encouraged Lithuania to rise up against the Soviet occupation, to which Škirpa reacted by saying that Smetona was “dragging the name of freedom fighters through the mud” with this accusation. 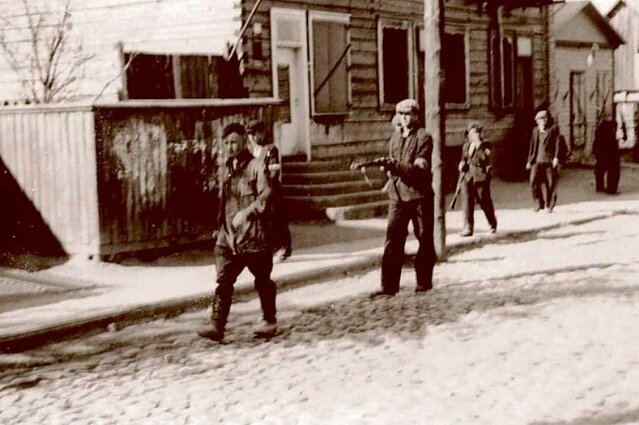 While the impetus for the uprising came from the LAF, parts of the June rebellion were quite spontaneous, says Stasiulis.

In Kaunas, organised underground groups were trying to protect strategic objects – industry facilities, bridges – from being bombed by retreating Soviets, while action in the countryside was more spontaneous.

Lithuanian post-war émigrés claimed in their memoirs that some 100,000 people participated in the uprising, although historians now believe that the actual number could be in the range of 15,000 to 20,000.

“Lithuania was occupied by the Soviet Union, and went through massive restructuring. It was not only political [...], but, first and foremost, social: property was taken away, businesses were shut down, social structures were changed [...],” says Šepetys. “It left many people upset and angry, and they were ready to express that.” 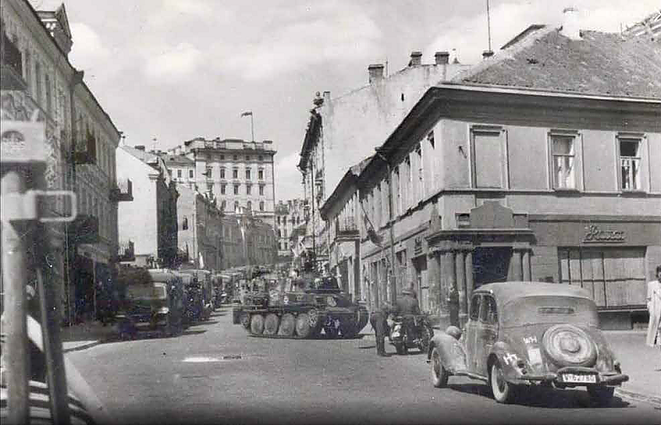 Buildings decorated with the Lithuanian tricolor flags during the June Uprising in Vilnius, Lithuania, 1941. The German soldiers with their military equipment are visible in the city's street. / Wikipedia

The rebels freed over 3,000 political prisoners detained by the Soviets, says historian Dainius Noreika. While the Red Army was primarily running from the approaching Germans, the uprising could have contributed to driving the Russians faster.

“Because of the rebels, some units of the Soviet Army were avoiding larger villages and towns while retreating to the east” in order to avoid clashes with the rebels, says Noreika.

Start of the Holocaust

The June uprising is also associated with the beginning of the Holocaust in Lithuania.

“When it comes to the connection between the June uprising and the Holocaust, we must also talk about the dark side of the uprising. It wasn’t just a battle against the Red Army, with the aim of restoring Lithuania’s independence,” says Stasiulis. “There was an obvious antisemitic element to LAF documents.”

The LAF-instituted provisional government also issued numerous acts that discriminated against Jews, the historian adds. For example, it returned private property nationalised during the Soviet occupation, but not to Jews. 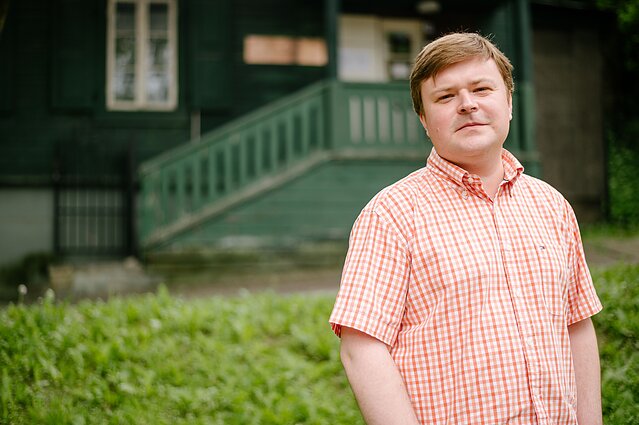 Some rebels believed that Jews were complicit in the Soviets occupation of Lithuania and blamed them for the deportations 1940-1941.

“It wasn’t that the uprising ended and everyone put their weapons down [...]. Local governments in smaller towns made decisions that were clearly targeting the Jews,” says Stasiulis.

Since the rebels called themselves by different names, including partisans and riflemen, it is hard to say how many of them collaborated with the Nazis and to what extent, says Noreika. Some of the rebel troops were later employed by the Germans and reorganized into police battalions.

According to Šepetys, there are three zones when it comes to the Eastern Front and the June uprising. First, Lithuanians were fighting the Soviets; second, Nazis were persecuting Jews. In between, however, there lies the third, much murkier grey zone.

This was the zone of revenge, says Šepetys. People started persecuting and robbing those they thought had collaborated with the Soviets, including Jews, however unfounded such accusations were. 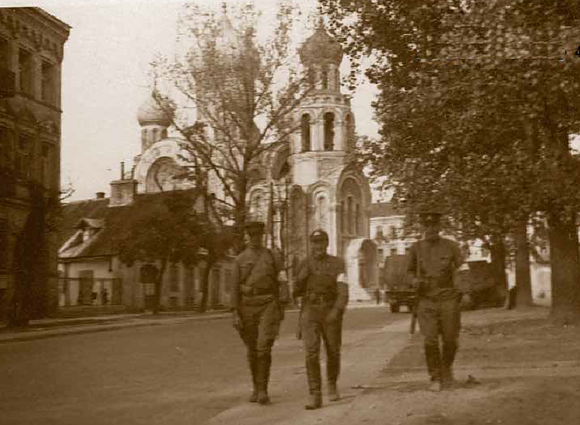 “Many people that participated in anti-Soviet activities during the first days of the war later went on to persecute the Jews, often without even thinking about it. And that’s what hurts most,” says Šepetys.

“The rebels [...] punished those they claimed had collaborated with the Soviets. [...] What constituted collaboration, they decided themselves,” adds Noreika.

After the war, when Lithuania fell once again under the Soviet occupation, the Soviets portrayed the June uprising as proof that Lithuanians collaborated with the Nazis, although largely ignored the Holocaust.

Meanwhile, Lithuanian expats who fled to Western Europe and the US after the war romanticised the revolt.

“They did not want to see that there were bad, unacceptable things,” says Stasiulis. “Neither position is right. [...] Yes, there was the desire to free ourselves and fight against the Soviet occupation, but we should look at all sides, not just black and white.”

The June uprising remains one of the most controversial events in Lithuanian history, noted historian Saulius Sužiedėlis during a recent conference A Divisive Past: The Soviet-German War and Narratives of Mass Violence in East Central Europe. 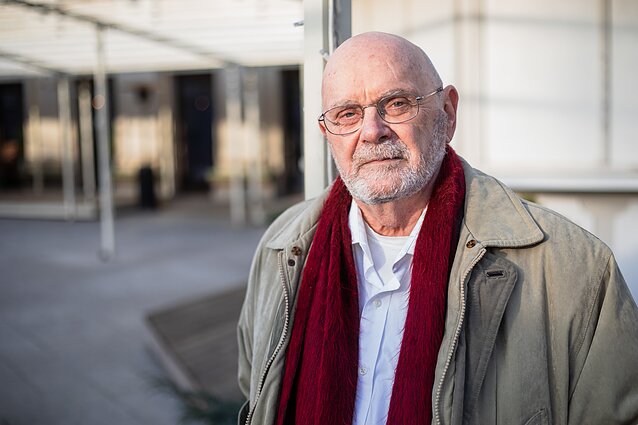 The uprising has become a particularly sensitive topic recently, with many ardently defending Škirpa and other prominent figures of the revolt against accusations of anti-Semitism. As criticism of them is an attack on the Lithuanian national identity, says Šepetys.

“The Jews saw those days differently, [...] they were being attacked. Reading diaries and memoirs, you find out that people would break into their homes, rob them, commit acts of violence,” says Stasiulis. “Jews were our citizens, [the Holocaust] is as much a part of our history, and we should think it over without [...] trying to avoid it.” 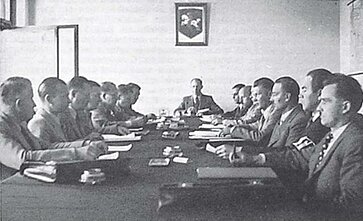 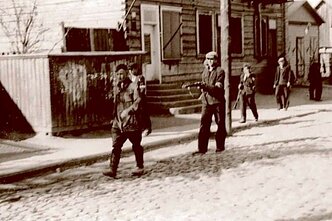 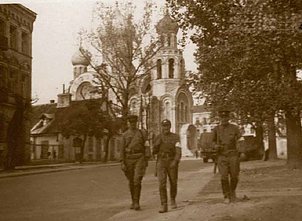 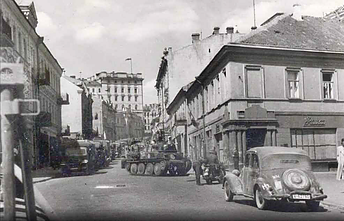 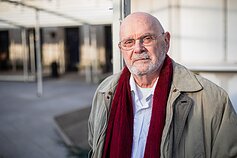 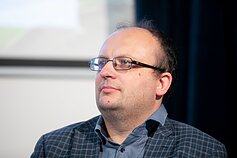 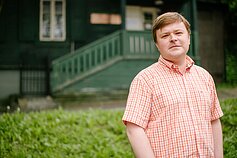 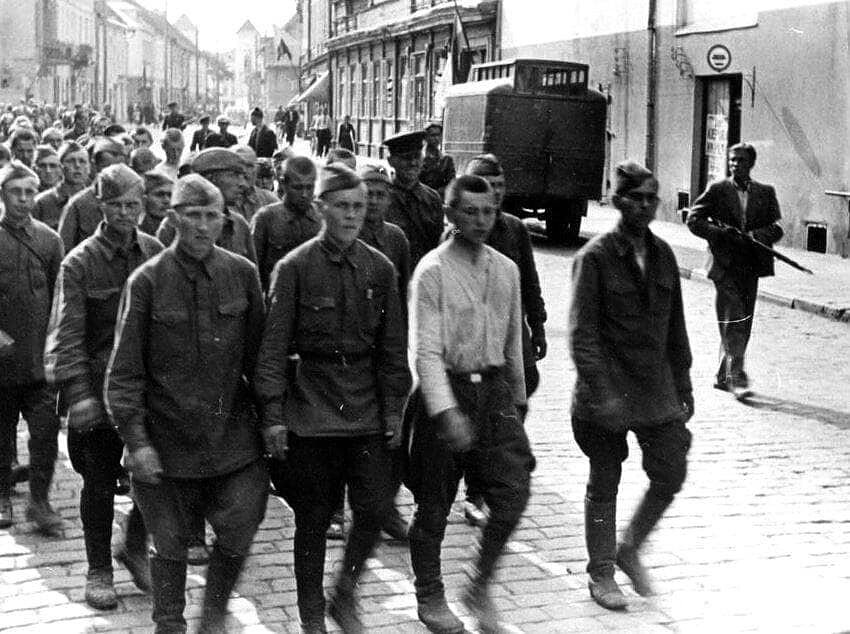 Lithuanian rebels lead the disarmed Red Army soldiers through the Vilnius Street in Kaunas, in 1941
1 / 8Wikipedia 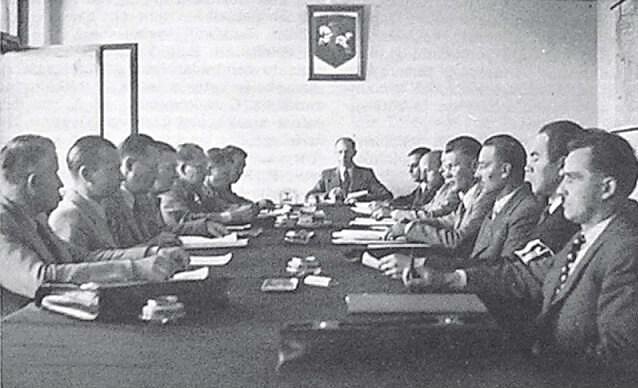 Session of the Provisional Government of Lithuania in Kaunas, Lithuania. The session was chaired by Juozas Ambrazevičius (Brazaitis)
2 / 8Wikipedia 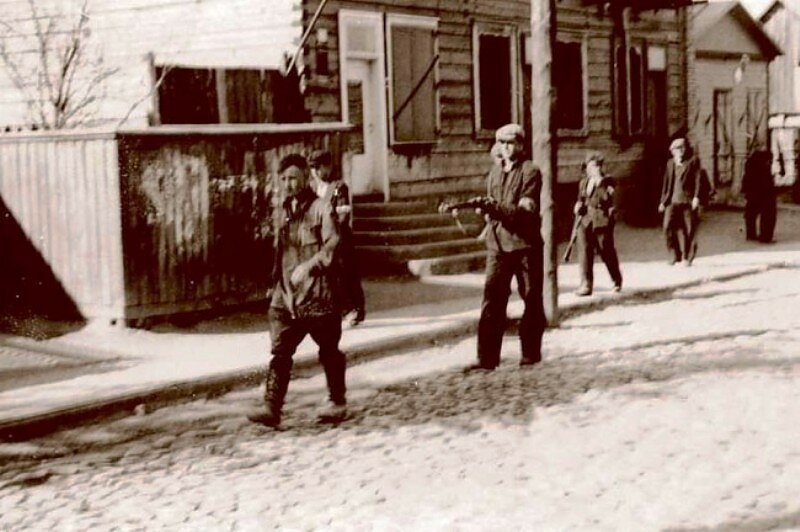 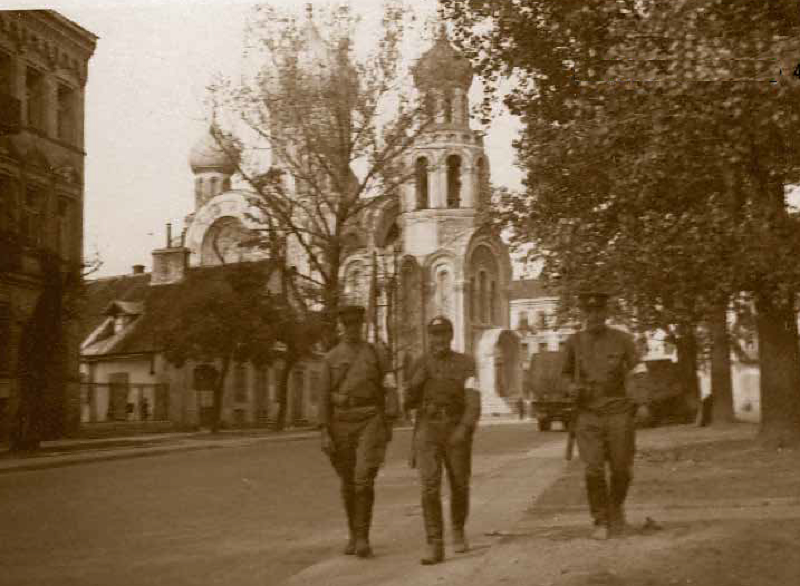 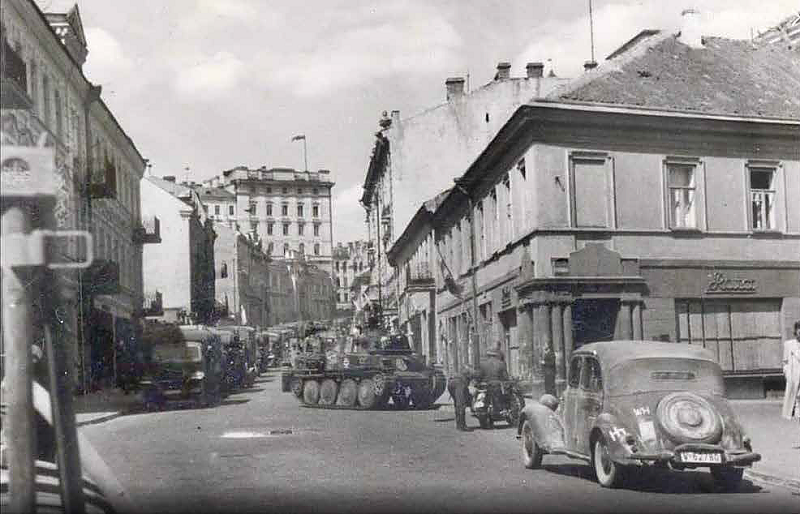 Buildings decorated with the Lithuanian tricolor flags during the June Uprising in Vilnius, Lithuania, 1941. The German soldiers with their military equipment are visible in the city's street.
5 / 8Wikipedia 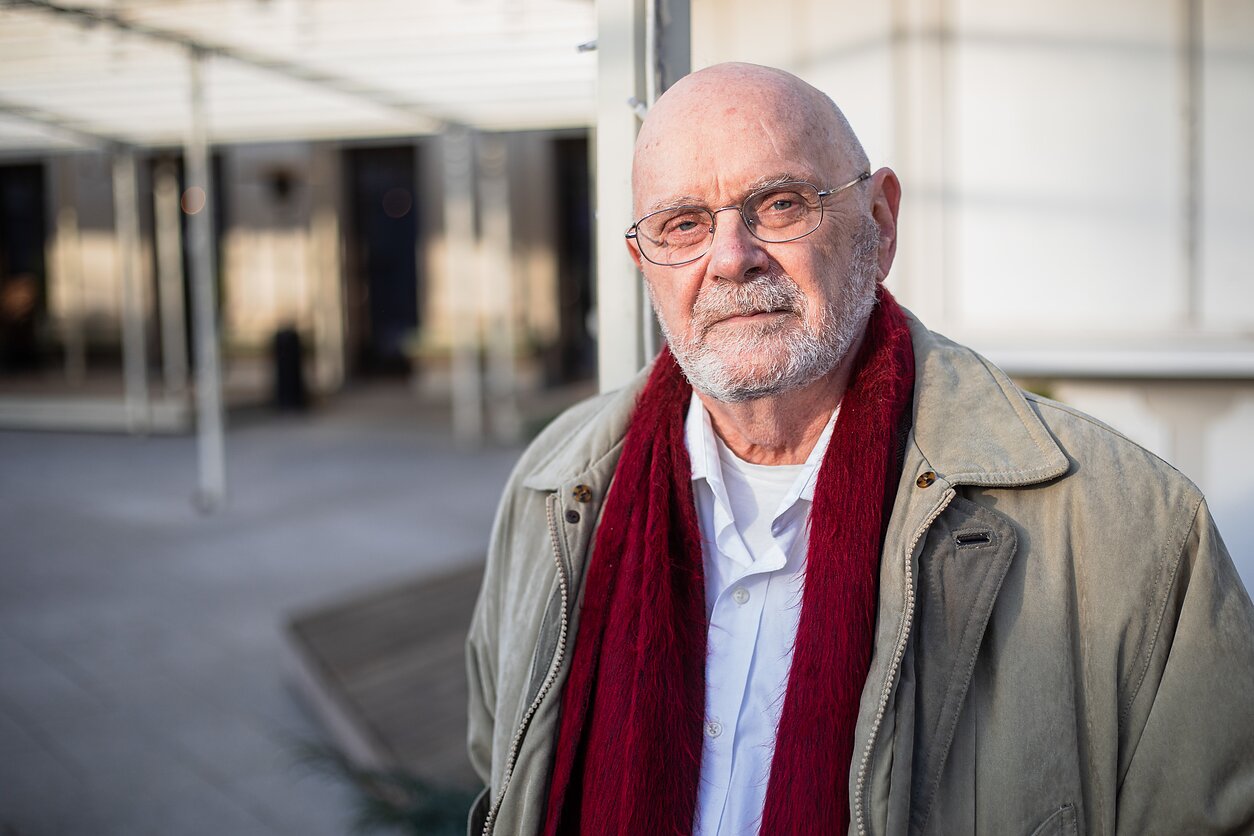 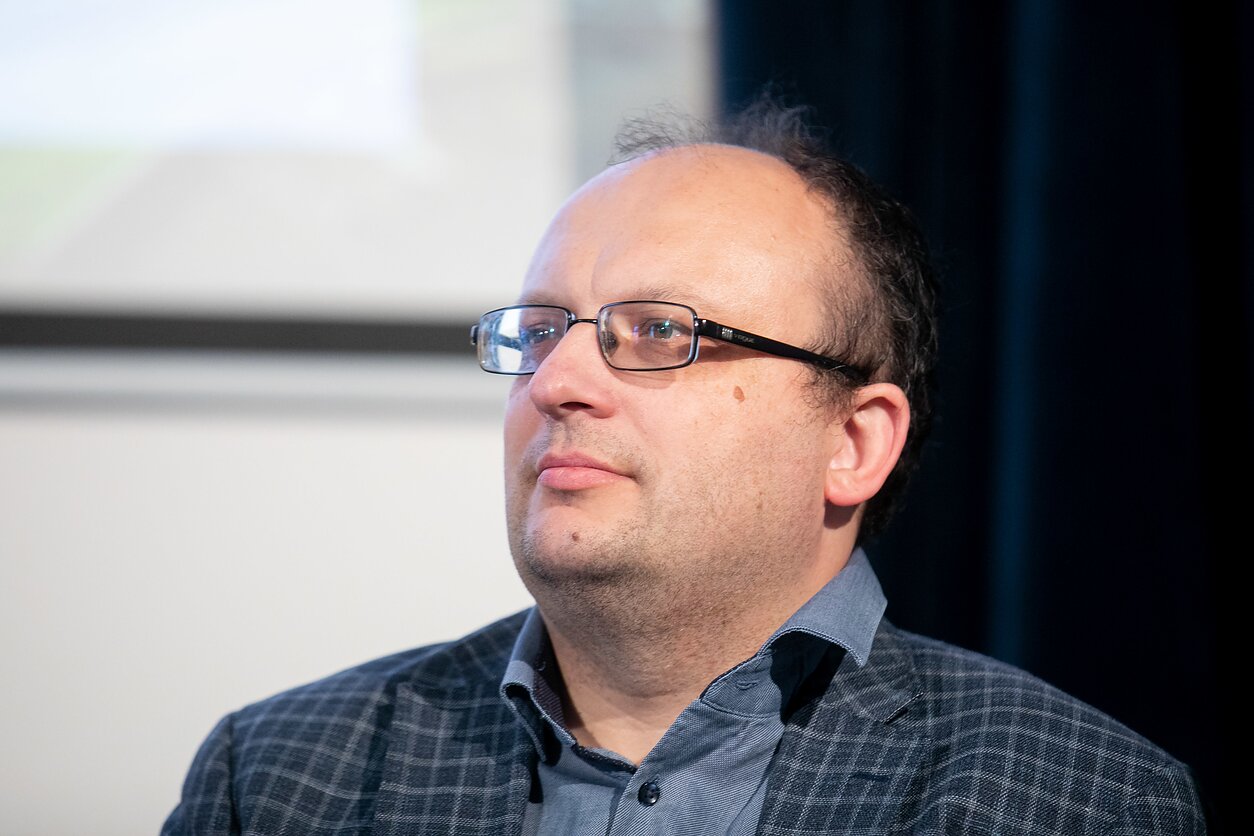 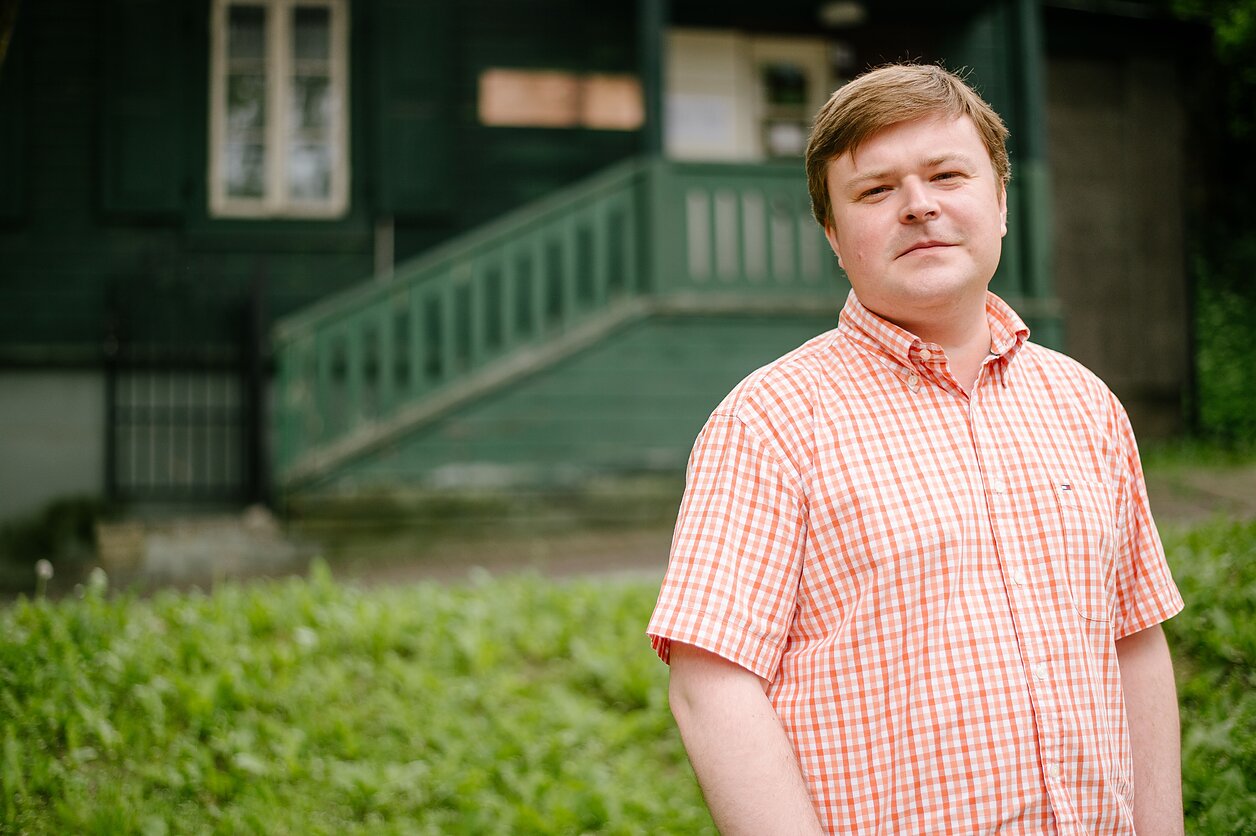