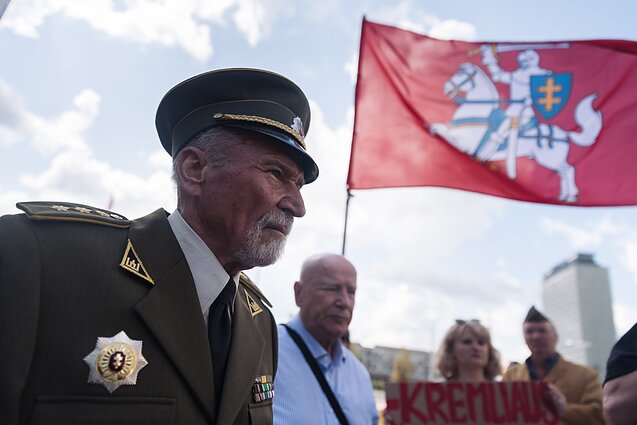 Protest outside Vilnius municipality on June 24 / B. Gerdžiūnas/LRT

A rally is planned for next Wednesday to protest the recent removal of Jonas Noreika memorial plaque, and the renaming of Kazys Škirpa Alley that raised both support and bitter opposition among the Lithuanian society. Both men, in different ways, were accused of collaboration with the Nazi authorities and promoting anti-Semitism during the Second World War.

The demonstration “to defend Lithuanian heroes” has so far attracted few hundred potential attendees on social media, while Vilnius municipality representatives have told reporters they’re not aware of any planned action.

The event is organized largely by the same group of people who have been protesting decisions of Vilnius municipality. They include the former Seimas defenders during the Soviet crackdown in 1991, members of the diaspora, and other individuals and activists.

Earlier in July, Vilnius City Council decided to change the name of Kazys Škirpa Alley to Tricolour Street, followed by an overnight removal of a memorial plaque dedicated to another controversial figure, Jonas Noreikas, who is both seen as a Lithuanian freedom fighter, and a Nazi collaborator by some.

Kazys Škirpa was a diplomat and an officer, who alongside military volunteers, raised the Lithuanian flag on the iconic Gediminas Hill in Vilnius in 1919. However, he was seen later to become an ardent supported of Nazi Germany, and issued anti-Semitic declarations while serving as an ambassador to Berlin before and during the Second World War.

Jonas Noreika, also known by his nom de guerre General Storm (Generolas Vėtra), has been accused of collaborating with the Nazis and playing a role in ghettoizing Lithuania's Jewish citizens. Meanwhile his defenders maintain that he contributed to the fight for Lithuania's independence and later joined the anti-Nazi resistance.

The memorial plaque to Jonas Noreikas removed in the early hours of July 27. 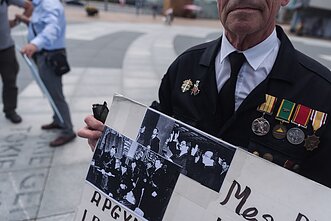 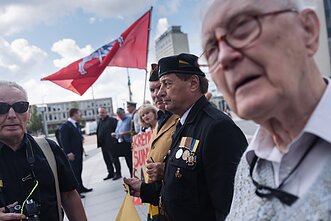 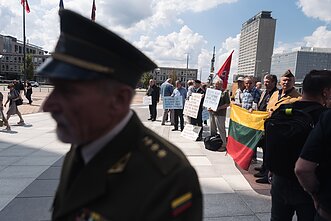 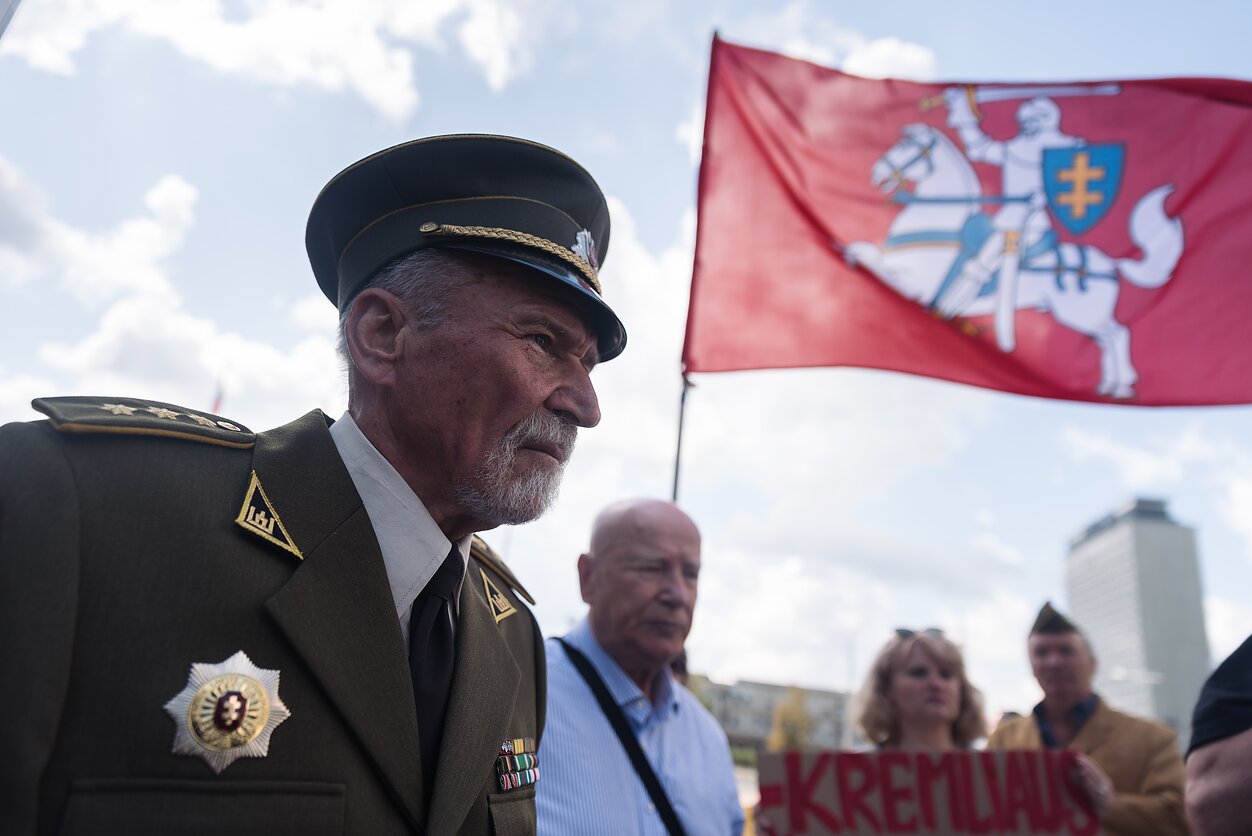 Protest outside Vilnius municipality on June 24
1 / 4B. Gerdžiūnas/LRT 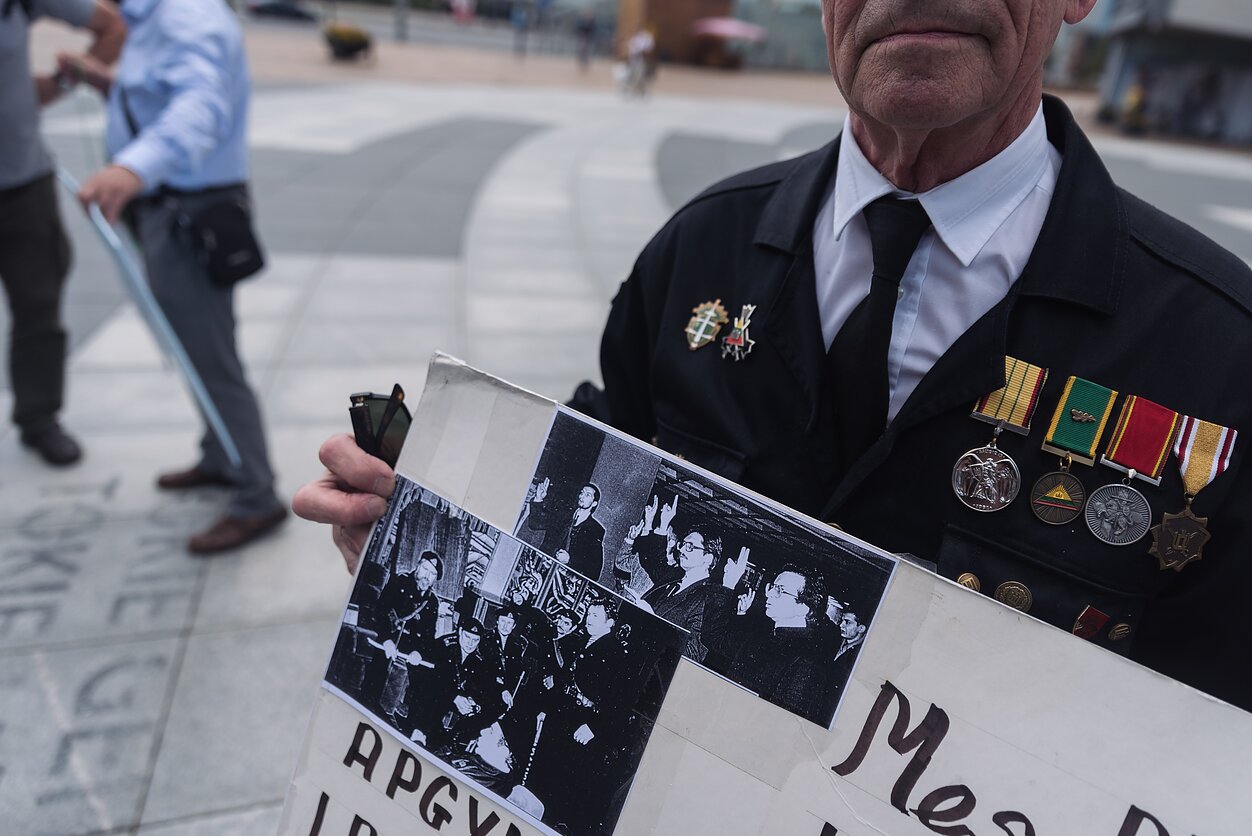 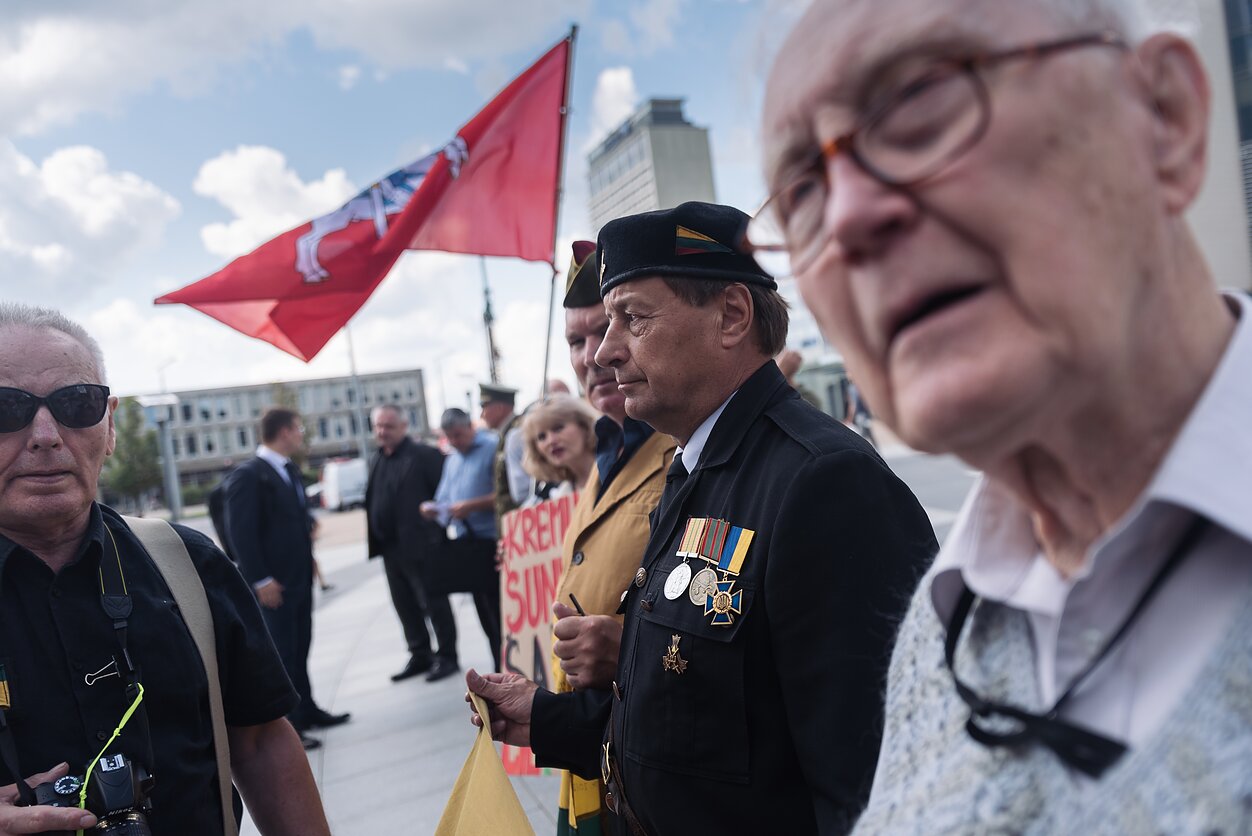 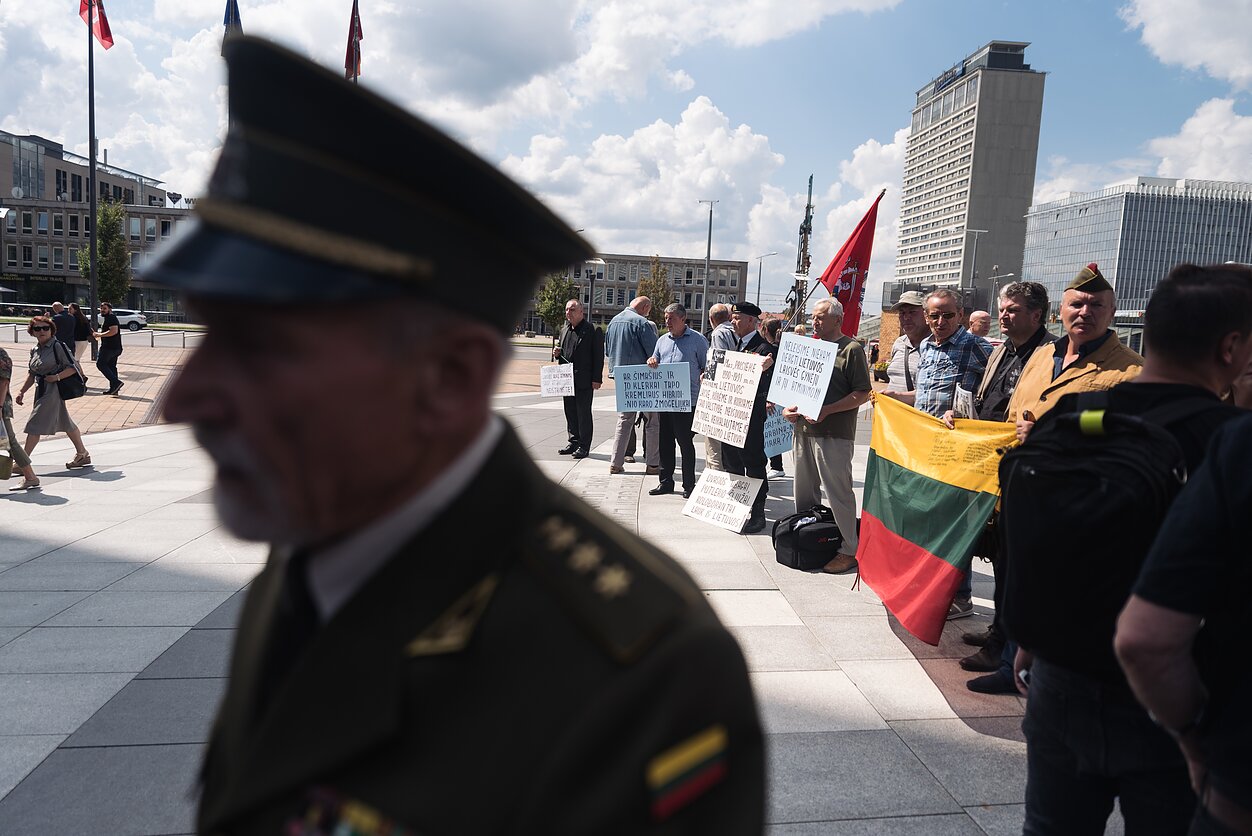