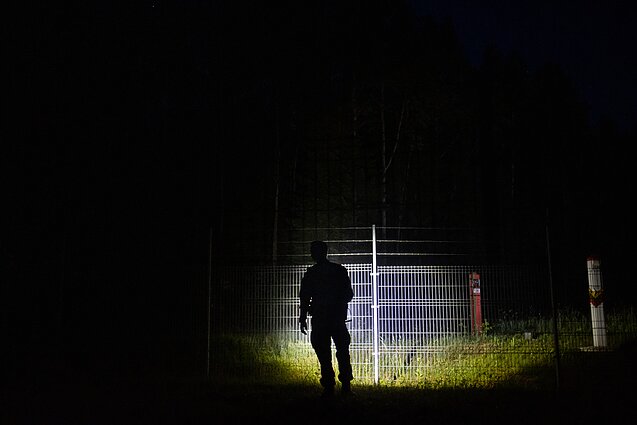 Undocumented migrants entering the country from Belarus face backlash as politicians use divisive rhetoric without considering the real reasons behind migration, say experts from non-profit organisations.

Following the increased flow of undocumented migrants entering Lithuania from Belarus, the Foreigners’ Registration Center (URC) in Pabradė is almost full. The situation sparked heated discussions on social media, with people fearing that it would lead to an increased crime rate and acts of terror, urging the state to impose restrictions on movement.

“We should not appear like the state that provides greenhouse conditions”, Laurynas Kasčiūnas, chairman of parliamentary Committee on National Security and Defence, has previously told LRT TV.

He added that restrictions on movement would prevent migrants from escaping the facility in Pabradė, making it harder to enter western European countries, such as Germany.

Kasčiūnas also noted that those currently seeking asylum in Lithuania are the so-called economic migrants. Under Lithuanian law, asylum is only granted for applicants that face persecution. 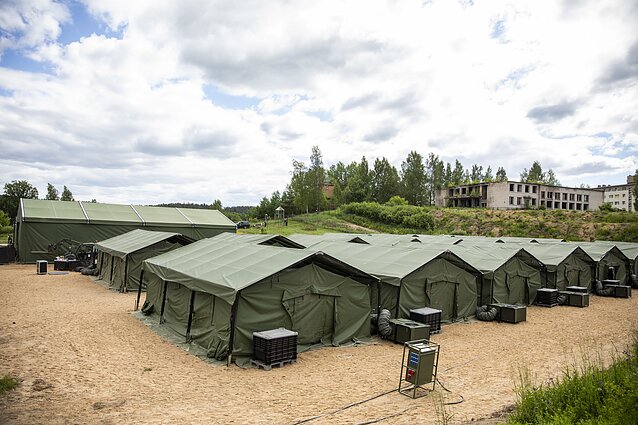 Migrants are not criminals

“These people aren’t criminals. Criminals are those who use these people [the migrants], bringing them to the situation we have right now through illegal means” says Giedrė Blažytė from non-profit organisation Diversity Development Group.

Non-profit organisations criticise politicians for their divisive rhetoric regarding “economic migrants”. Blažytė points out that by using this term, the state can get away without having to learn about the real reasons one needs asylum for.

“The fact of the matter is that people do not leave the country if everything is good there. Otherwise they would want to stay there,” says Blažytė.

According to Eglė Samuchovaitė, programme director at the Lithuanian Red Cross Society, some of the migrants could be moving for economic gain, but there are also people that seek asylum for well-founded reasons.

“Restriction of movement for migrants is an extreme measure. The court rules whether a person should be detained for more than 48 hours by assessing one’s vulnerability and reasons for detention,” says Samuchovaitė. “Detention should not increase vulnerability or worsen the situation.” 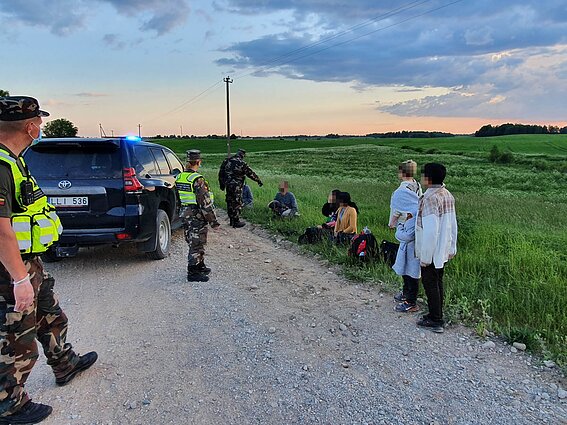 Following the forced grounding of a Vlnius-bound Ryanair flight in Minsk, Belarus’ Alexander Lukashenko said his country would no longer stop “drugs and migrants”. Interior Minister Agnė Bilotaitė then said that Belarusian officers could be involved in "organised transportation of illegal migrants" from the neighbouring country.

According to Giedrė Blažytė, Lithuania is “toying with people’s lives that aren’t publicly talked about at all”, avoiding discussions on migrant living conditions during their stay in the country.

“It’s important to consider that some of these people will stay in Lithuania, some of them have applied for asylum. [...] We should think of the opportunities we will be giving them,” says Blažytė. “Whether they will want to stay here or make Lithuania their transit stop will depend on that.”

According to Samuchovaitė from the Red Cross, undocumented migrant flows have been increasing since December and can be attributed to Belarus closing their borders. Migrants also come in larger groups of 10 to 18 people, sometimes more.

“In a different case, he [border guard] would let you pass, you would come to Lithuanian border guards and apply for asylum,” explains Samuchovaitė. “This can’t happen now, so, whether it is a Belarussian person, or someone of different nationality running from persecution, they have no other choice but to try and cross the border illegally.” 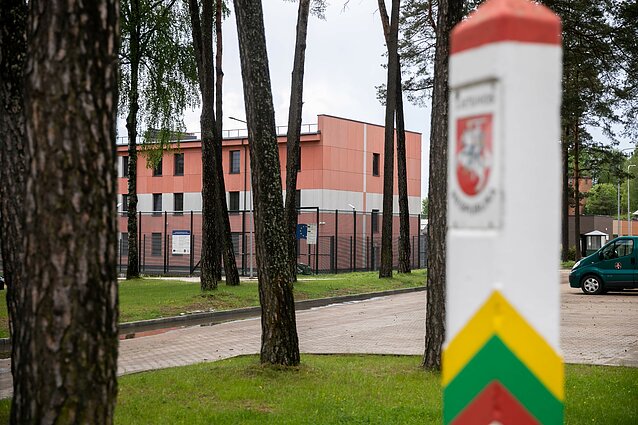 Belarussian migrants viewed differently from others

Samuchovaitė points out that Belarussian migrants are viewed differently than those coming from other countries.

“Those from Belarus are refugees, while those from Iran, Iraq, Syria or Turkey are irregular migrants,” says Samuchovaitė. “I want to point out that [...] people running from persecution have the right to apply for asylum regardless of their countries of origin.”

Recent data shows that 190 migrants from Iran, Iraq or Syria had asked for asylum this year, 165 of which had it granted. This shows that not everyone is an economic migrant, since asylum is granted for well-founded reasons, says Samuchovaitė.

She believes that people are currently more familiar with the situation in Belarus and more forgiving of Belarussian migrants.

Fleeing due to religious and political persecution

Migrants and their experiences are “dehumanised” by society, says Giedrė Blažytė, adding that it is important to understand why migration is taking place. Many people flee due to threats to their lives, or are persecuted because of their religious, political background, or sexual orientation.

Blažytė also points out that the term “illegal migrants” is discriminatory and has a negative connotation, and that the United Nations, as well as the EU, use “undocumented migrants” or “irregular migrants” to describe this type of migration. 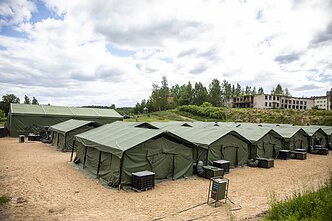 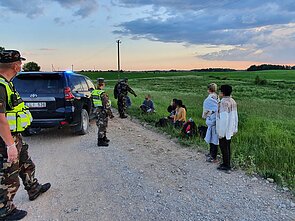 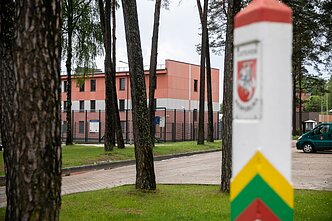 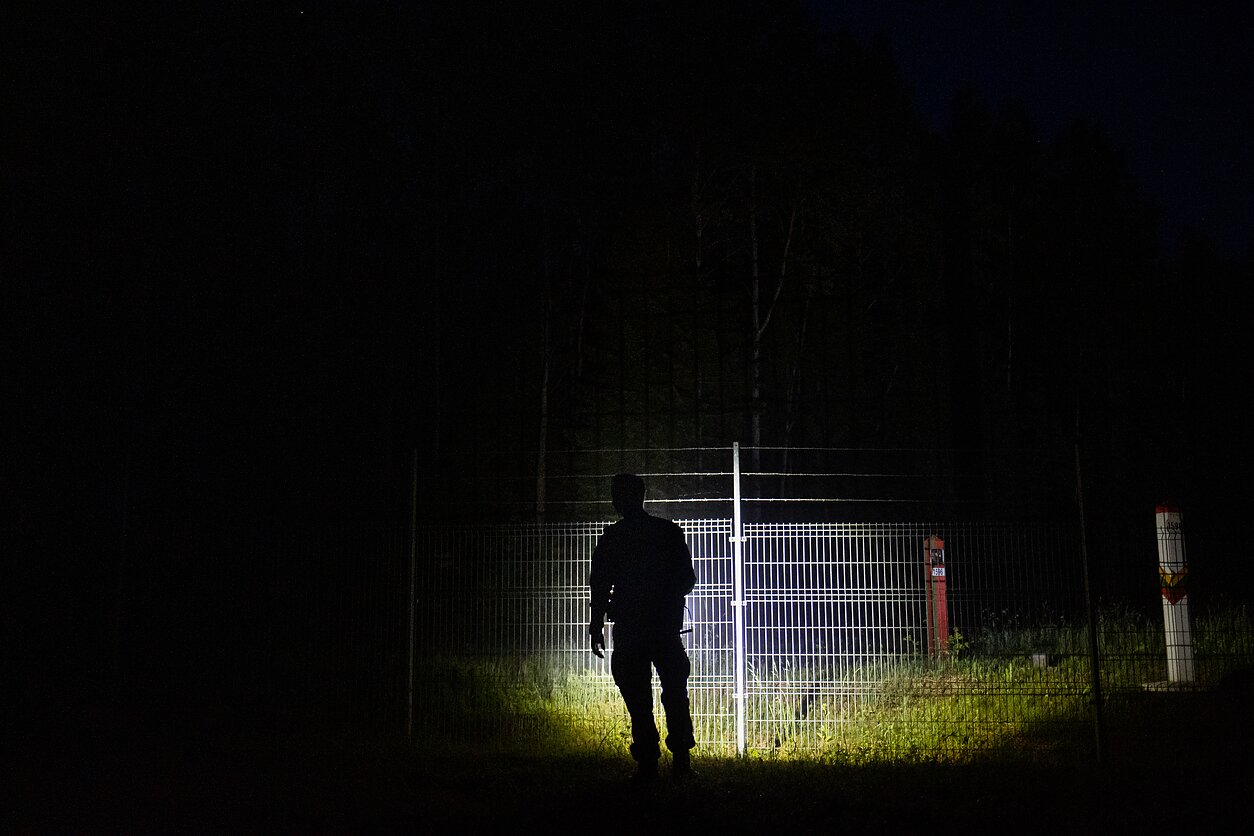 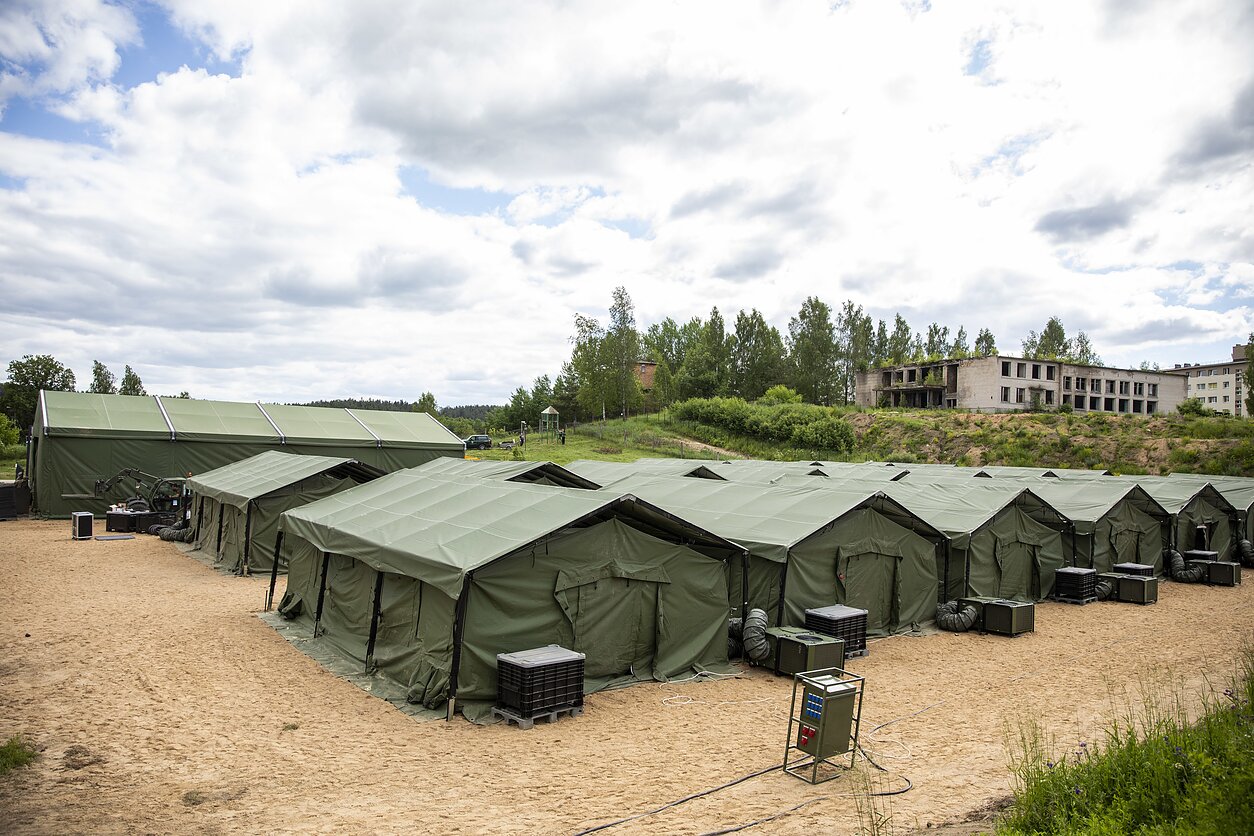 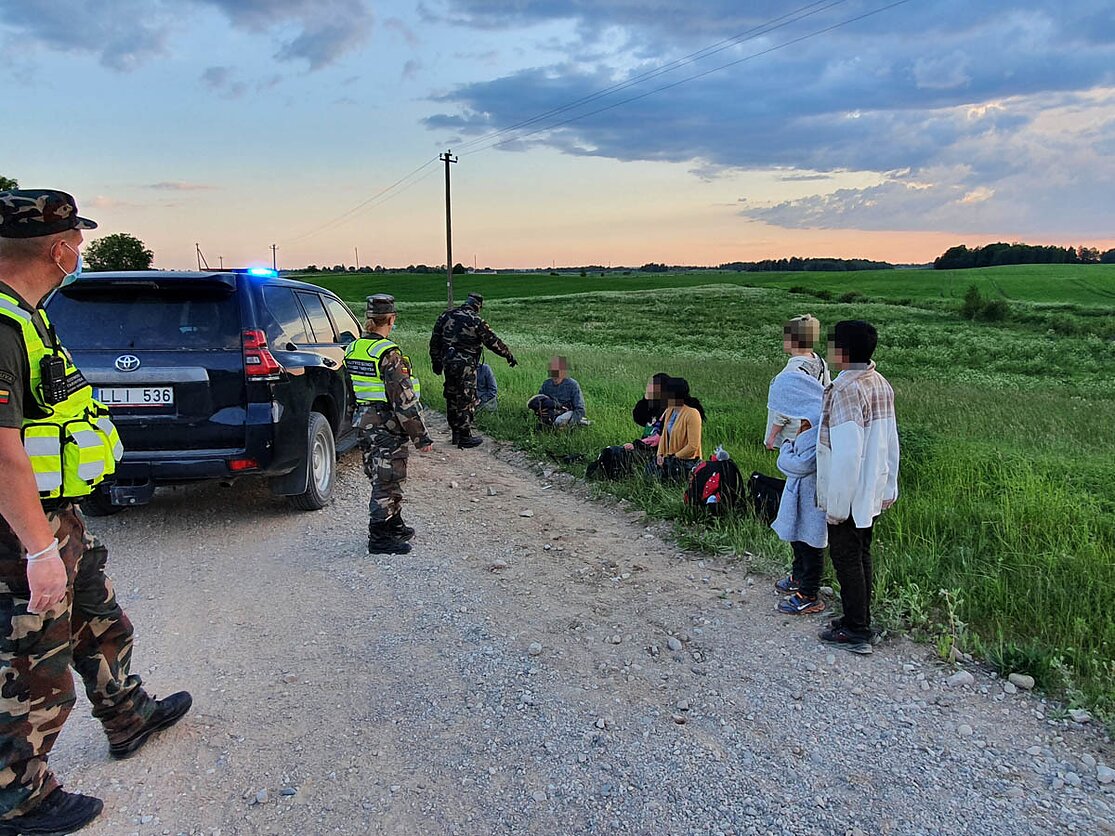 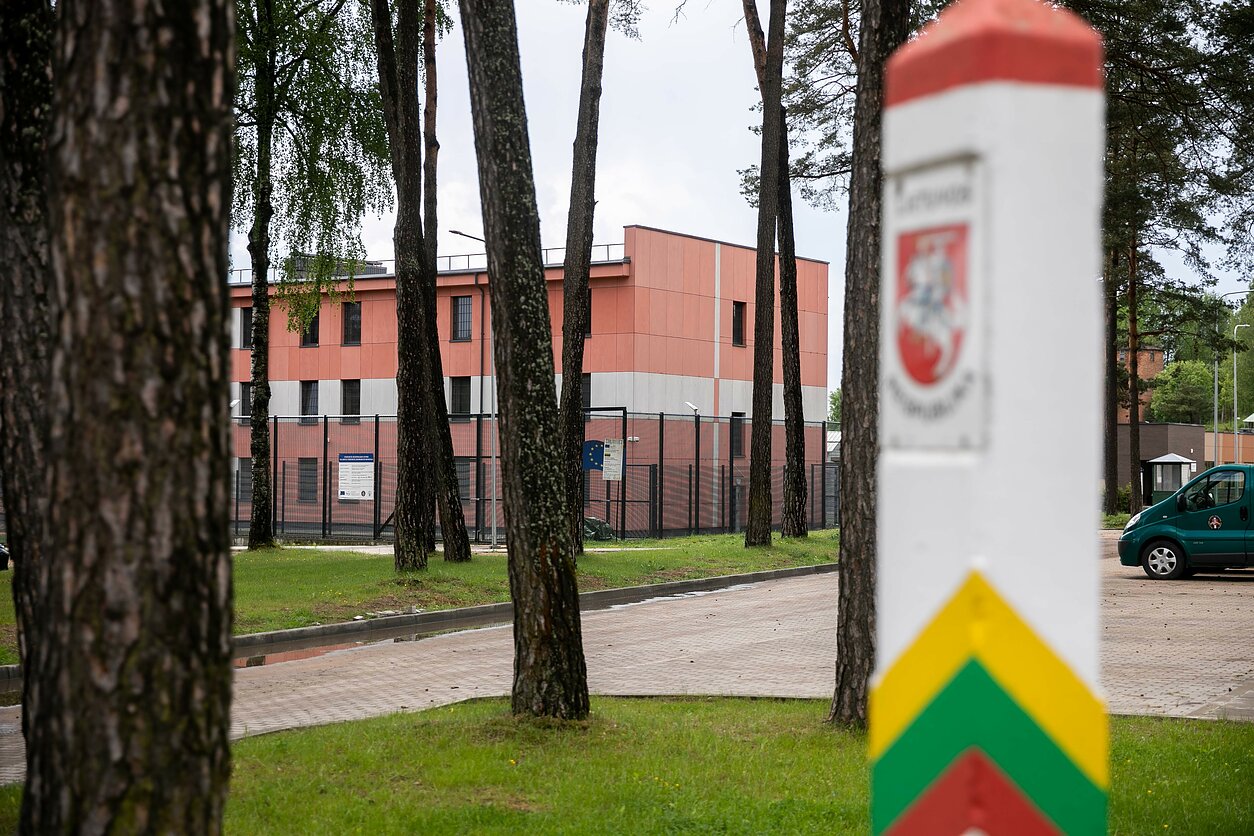