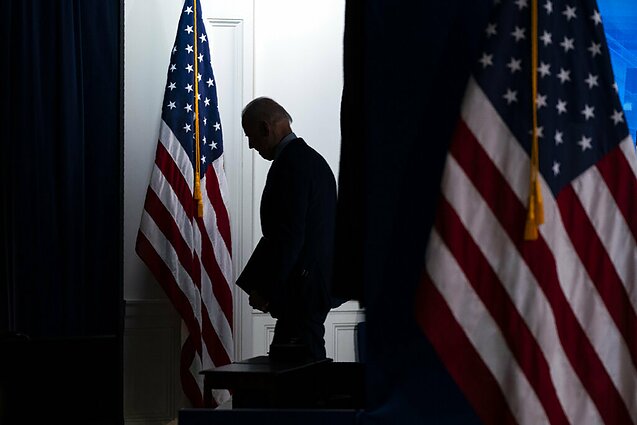 What is on the table of the upcoming meeting between the US and Russian presidents, and what’s in it for the Baltics, writes Monika Bičkauskaitė from the German Marshall Fund think tank.

The countries in Europe’s east are anxiously waiting for the final encounter of US President Joe Biden after the G7 and NATO summits – that with his Russian counterpart – Vladimir Putin. The two presidents are due to meet later on Wednesday in Geneva.

Announcing the meeting, the White House has indicated the goal of restoring “predictability and stability to the US–Russia relationship”. This statement has left observers divided. While some see a great chasm in the US–Russia relations and do not expect any breakthroughs in the upcoming meeting, some politicians in Lithuania as well as Central and Eastern Europe are afraid of Washington sleepwalking into a reset with Russia.

Discussing the meeting in his op-ed in Washington Post, Biden stated that when he meets with Putin, “it will be after high-level discussions with friends, partners and allies who see the world through the same lens as the United States, and with whom we have renewed our connections and shared purpose”. However, several countries questioned the accuracy of this statement.

Polish Foreign Minister Zbigniew Rau has criticised the lack of consultations between Warsaw and Washington by saying that it was unfortunate that “the American delegation coming to Europe, headed by President Joe Biden, is so busy with his meeting with President Putin that it has not found time to organise meetings with allies on the eastern flank”. 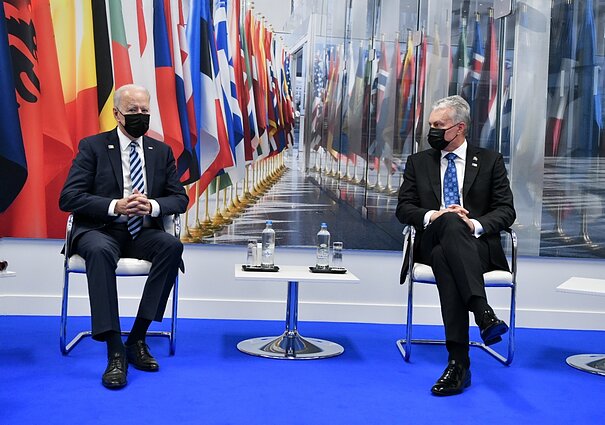 The frustration was also shared by Ukrainian President Volodymyr Zelensky, who has asked Biden to meet with him face-to-face before the June 16 summit with Putin, offering to join him "at any moment and at any spot on the planet”, but was rejected.

Zelensky’s discontent was met by a phone call between the Ukrainian and American presidents, and a personal invitation for the former to come to the White House in July. Hence, while Washington confirmed that Ukraine has its unwavering support and that the situation in the country will be at the top of the Biden–Putin meeting agenda, for Zelensky, a mere phone call did not seem to be enough of a consideration for the country, whose future the two leaders are bound to discuss.

However, these statements proved to be inaccurate as while the consultations may have come late in the game, President Biden has found time to discuss the June 16 meeting with his allies of Eastern Europe.

On the sidelines of the NATO Summit, President Biden met with the Prime Minister Kaja Kallas of Estonia, President Egils Levits of Latvia, and President Gitanas Nausėda of Lithuania to discuss a range of issues, including the threat posed by Russia and the recent air piracy in Belarus.

After the meeting, President Nausėda stated that the US has assured him of the strategic importance of the region for the alliance, and agreed that deterrence and defence must be strengthened. Therefore, President Naudėda was “confident that President Joe Biden will send a clear message about NATO’s unity and mobilisation in the upcoming meeting with President Putin in response to Russia’s aggressive and unfriendly actions”. Additionally, Biden held an individual meeting with the president of Poland, Andrzej Duda, where he discussed his plans for the upcoming summit with President Putin. 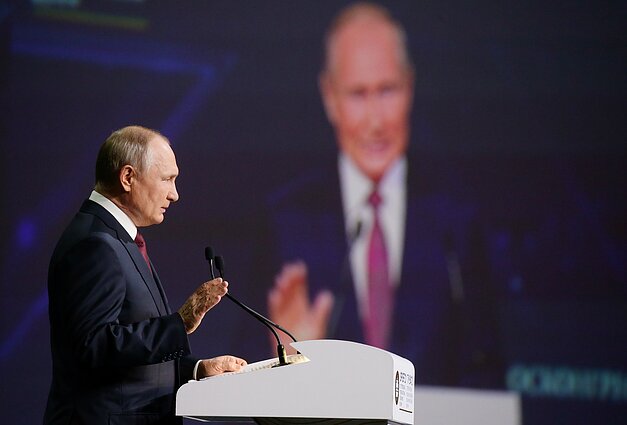 Interestingly, the US granting the Baltics a separate meeting rather than grouping the region together has showed that the Baltic countries have a special place in Biden’s foreign policy.

Recently, the Baltic States, and particularly Lithuania, have undertaken several policies appreciated by the US First, Lithuania has emerged as a leader in the Belarus crisis by sheltering political refugees, or with supporting the leader of democratic Belarus, Svetlana Tikhanouskaya.

Additionally, just last month Lithuania has pulled out of China's 17+1 group and has urged other EU members to follow suit. Such action supports Washington’s goal of countering China’s influence in Europe. Lastly, during the meeting with Biden, President Nausėda confirmed Lithuania’s commitment to allocate at least 2 percent of the GDP for defence and the ambition to increase the funding up to 2.5 per cent by 2030 – yet another priority for DC.

Hence, the US–Baltic Summit should be seen as an encouragement for Vilnius to continue to assume the role of a regional leader and a possibility to become a primary point of contact for the US on the matters relating to Belarus and Russia.

Why Biden–Putin summit is not a Yalta moment

Therefore, observing the consultations between the Biden administration and the Central and Eastern European leaders, it is clear that the Biden–Putin summit does not present another Yalta moment.

With a highly-debated phrase of “predictability and stability”, Biden is neither seeking for a cooperation with Russia, nor is in any way dividing spheres of influence. Rather, the administration is trying to make the relationship more stable, avoiding sizable conflict. Thus, the meeting is neither a reset, nor an abyss, but it will have aspects of both.

The areas in which dialogue can be expected include arms control, cyber-security, climate change and diplomatic relations. However, the topic of Russian interference in its neighbourhood involves clear red lines that Washington will not cross.

Importantly, Biden has always been vocal in condemning Russian aggression against Ukraine, and has already promised to communicate to Putin that there will be consequences for violating the sovereignty of democracies. Taking a step further, Pentagon has announced that the Biden administration will give Ukraine an additional 150 million US dollars to defend their border with Russia just a few days prior to the June 16 summit. This development stands in line with the American president’s pledge to be tough in Geneva, reminding Moscow of the US might in areas like cybersecurity that can be used to target Putin’s personal wealth hidden overseas. 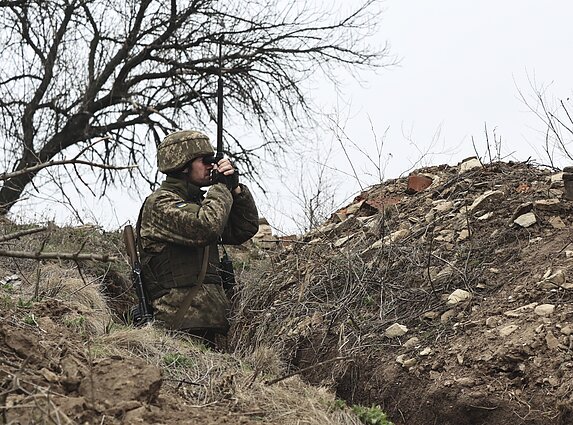 Additionally, it will be important for Lithuania that the Biden–Putin conversation does not preclude the US from continuing to condemn the Lukashenko regime, urging for the release of political prisoners in Russia and Belarus, and engaging with the democratic civil society in both countries.

Particularly, it is imperative that during the meeting Biden raises the issue of the May 23 hijacking of a passenger airliner by Belarusian security forces, that many believe happened with the knowledge of Putin, and continues to demand for the immediate release of Roman Protasevich and Sofia Sapega.

Monika Bičkauskaitė is a Programme Assistant at the German Marshall Fund of the United States, Warsaw Office, where she coordinates numerous GMF activities in Warsaw, the Baltic states, and the V4 countries. She writes on NATO, transatlantic relations, the Eastern Flank, and France. 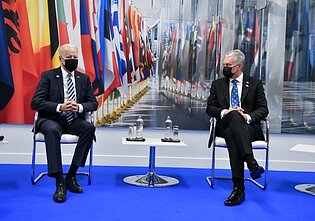 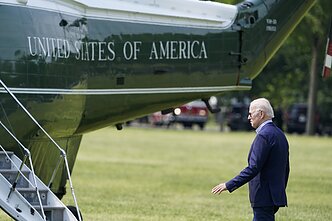 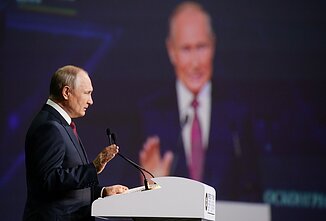 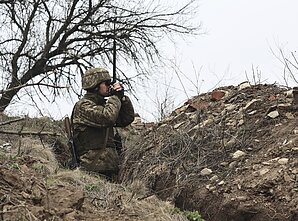 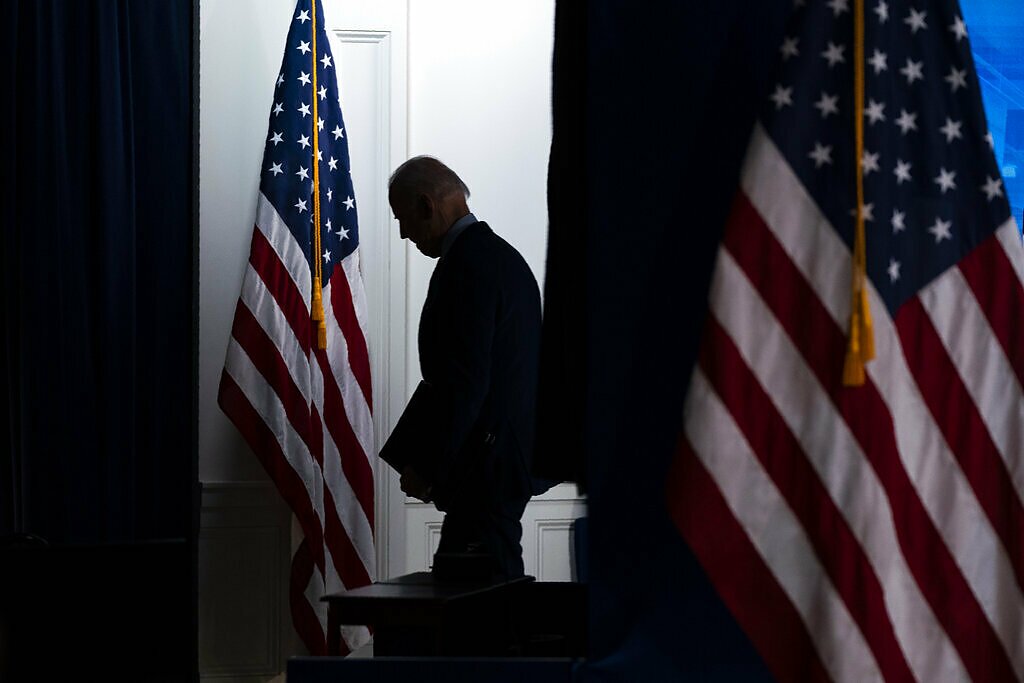 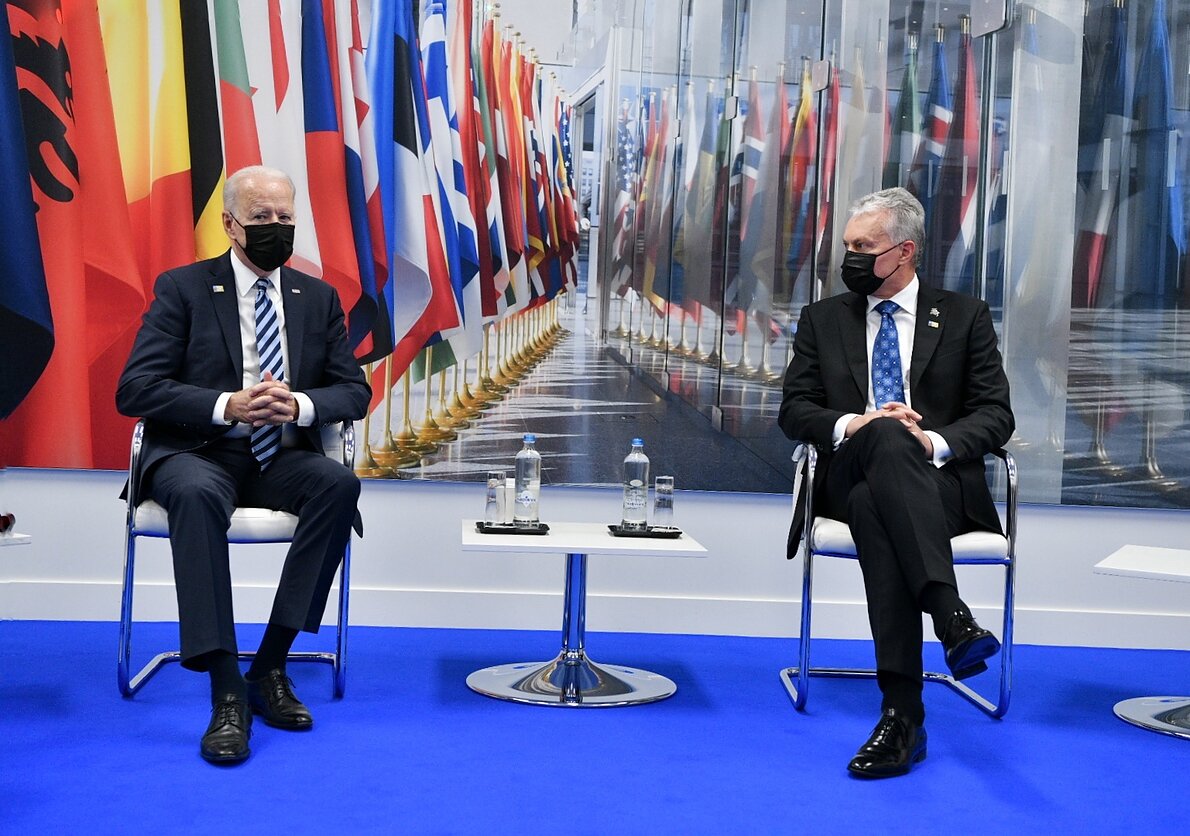 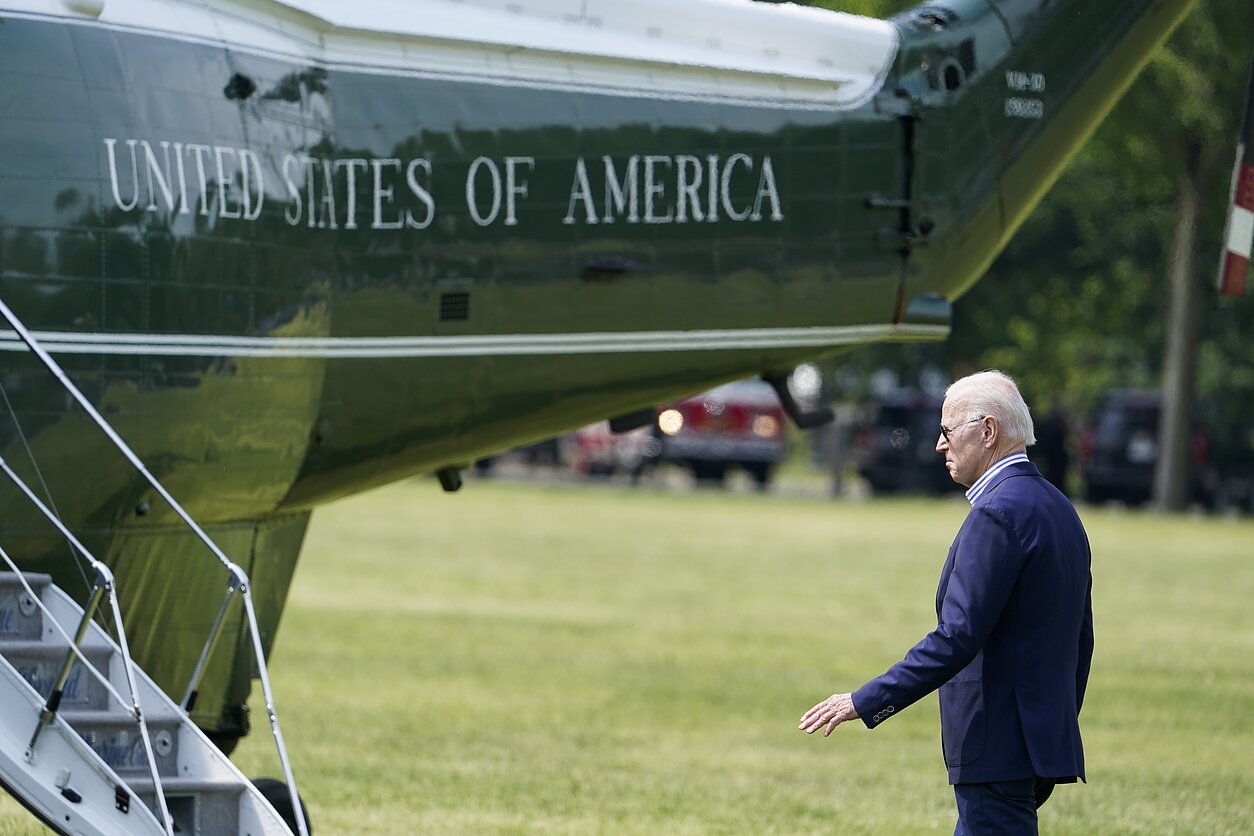 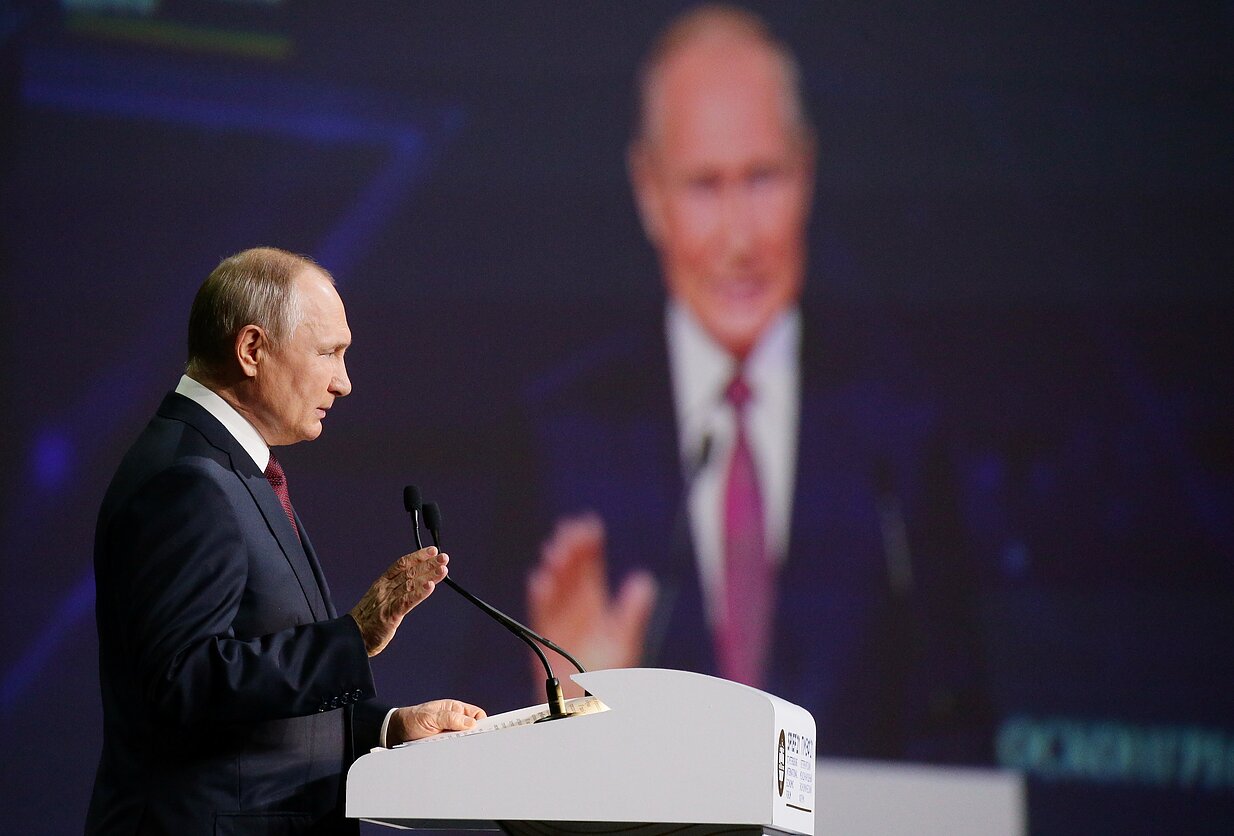 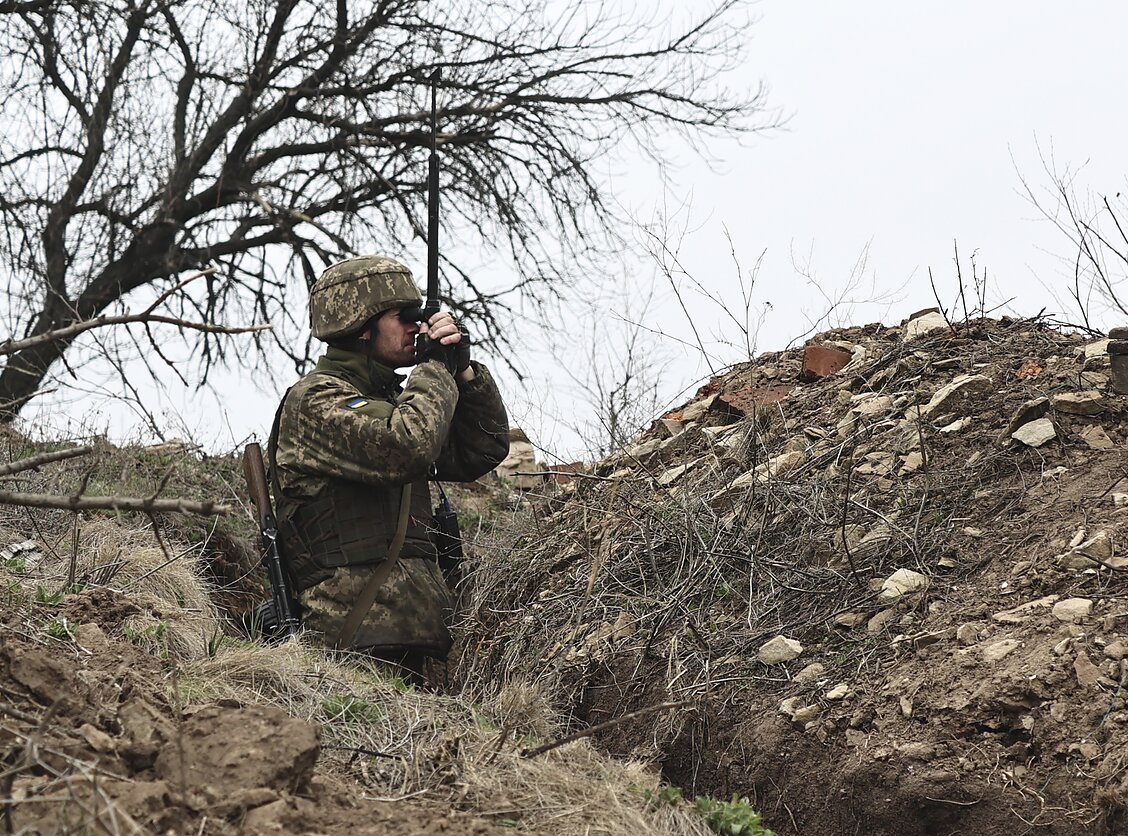