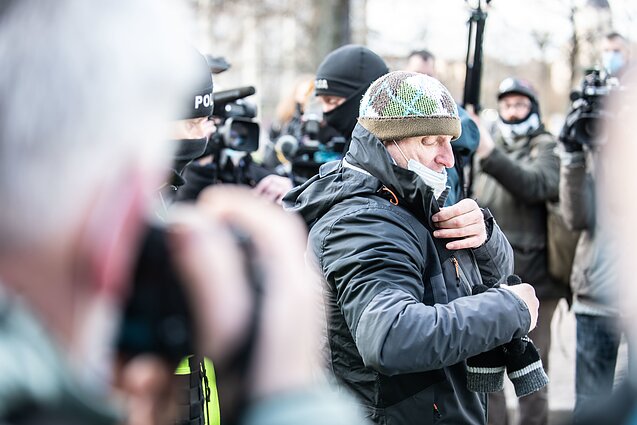 About 40 people staged an anti-quarantine rally in Vilnius last Saturday, protesting what they insisted were excessive restrictions imposed by the government due to the coronavirus pandemic.

In particular, the protesters objected to the mandatory wearing of facemasks outdoors.

“I protest against the current unclear situation. I don't like the masks. I can put it on when I go to a shop, but not outdoors,” a woman in the rally told LRT RADIO.

As part of the quarantine rules introduced on November 7, people are required to wear facemask in all public places. Restrictions also include a ban on congregating in groups bigger than five people, except when they are from the same household.

Vilnius County Police spokeswoman Julija Samorovskaja told BNS that Saturday's rally was attended by some 40 people. Two people were sanctioned by the police: one man for refusing to wear a facemask, while the other one for wearing a theatrical mask that covered his entire face, a violation of the law on public gatherings. 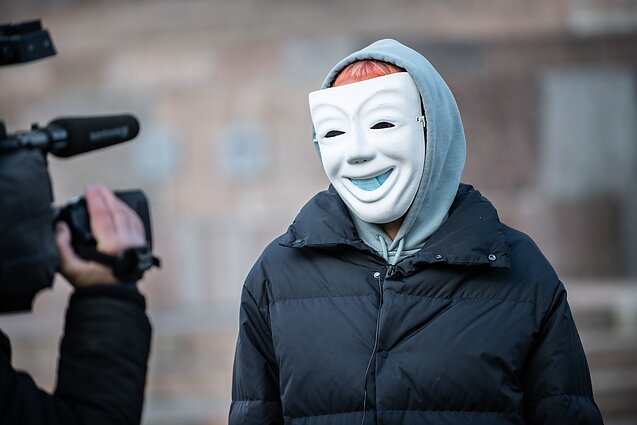 Comedian Olegas Šurajevas during the anti-mask protest in Vilnius / BNS

The latter man is the well-known Lithuanian comedian Olegas Šurajevas who came to mock the rally participants. A group of people also turned up to stage a counter-rally, insisting on the use of facemasks.

The organisers of the anti-mask protest had informed Vilnius Municipality that up to 15 people would attend the event. In addition to masks, they said they opposed the development of 5G network. 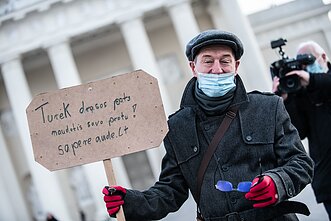 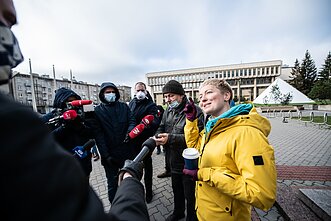 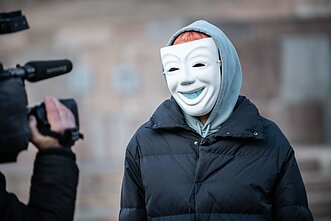 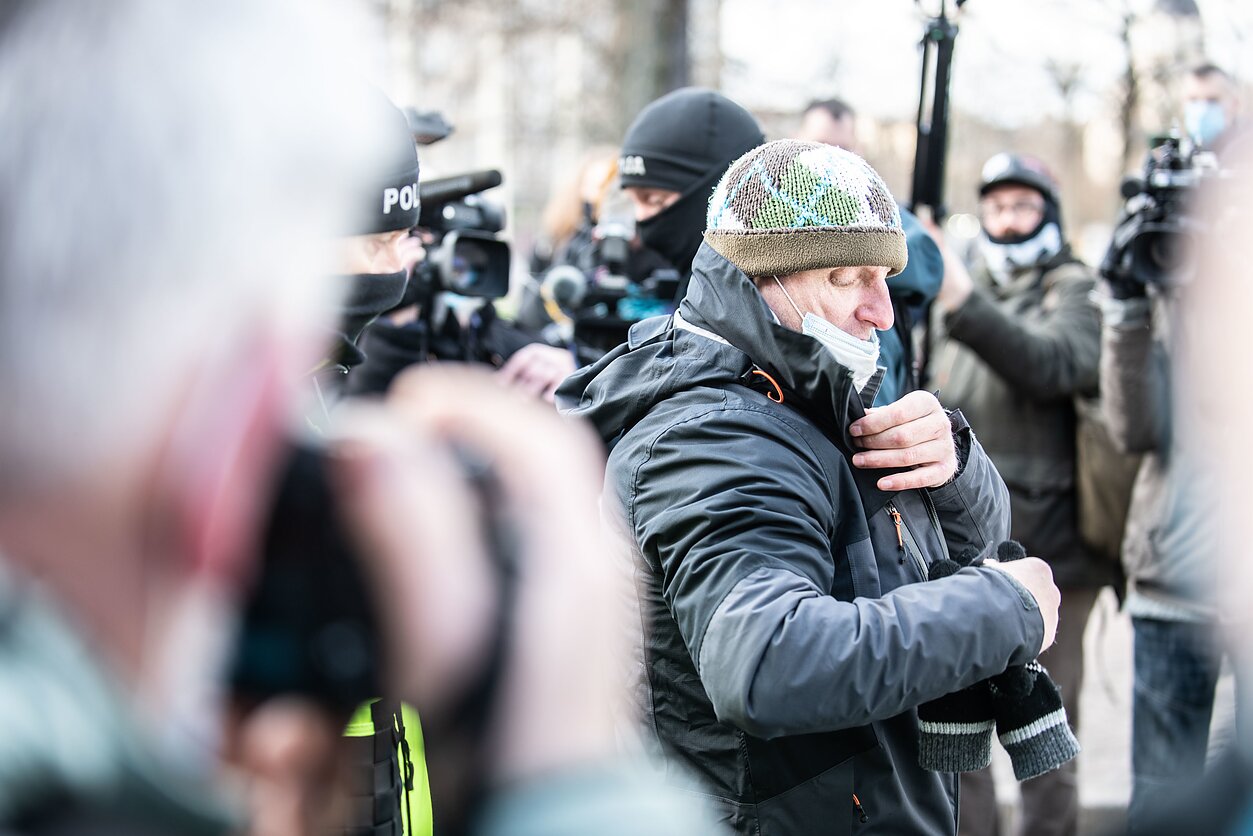 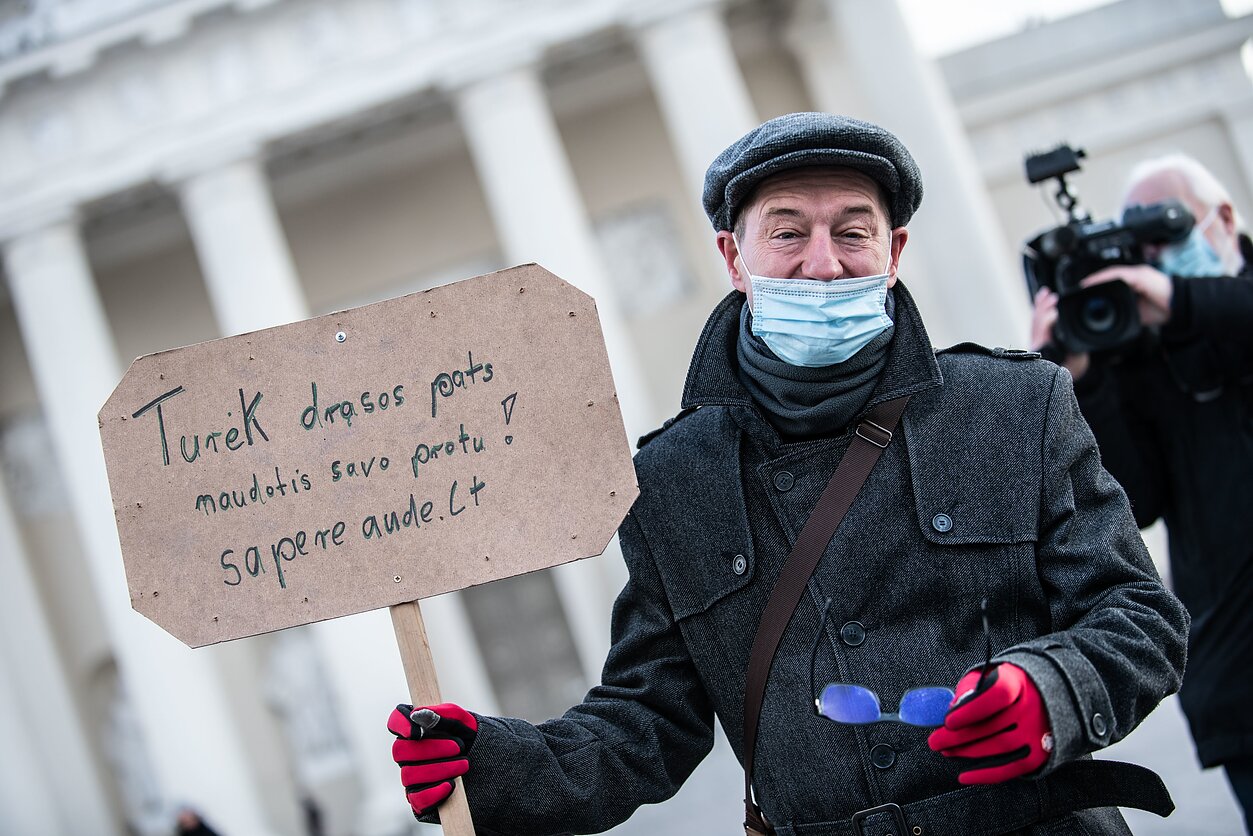 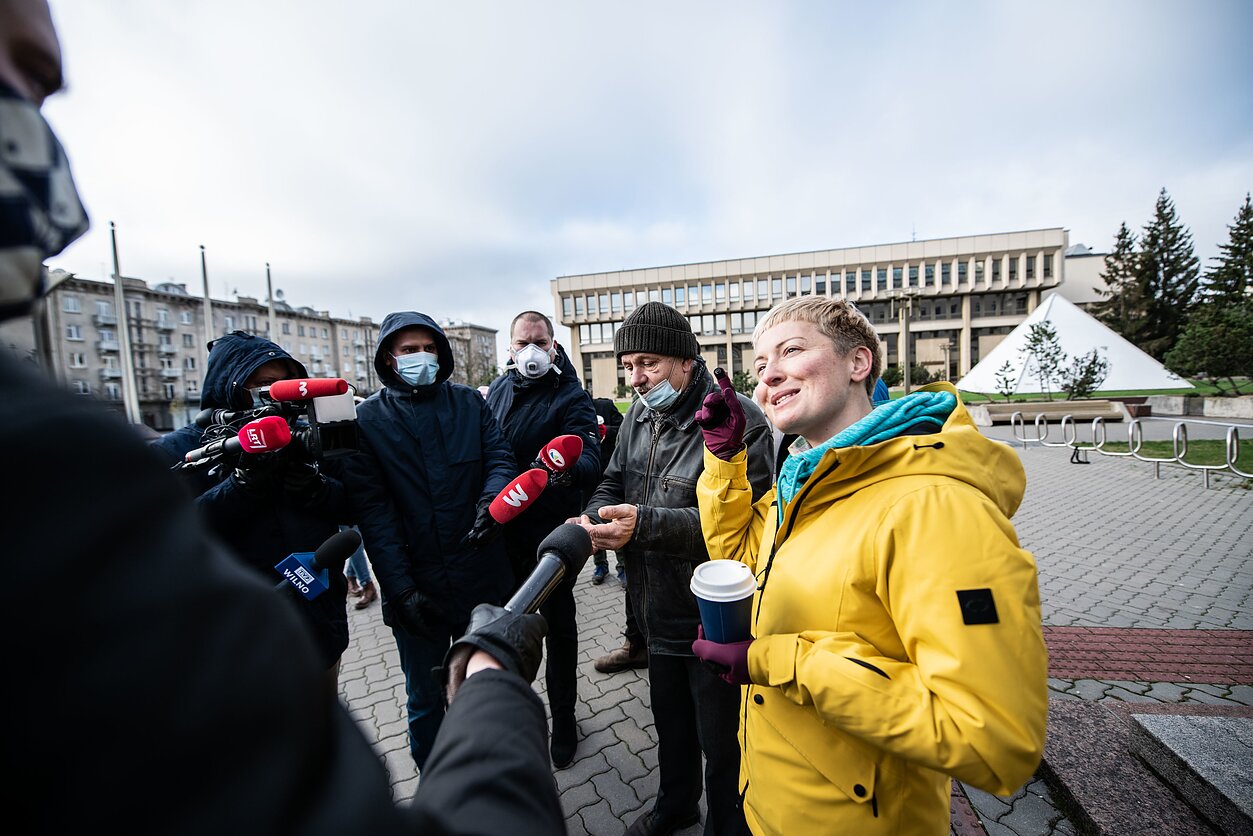 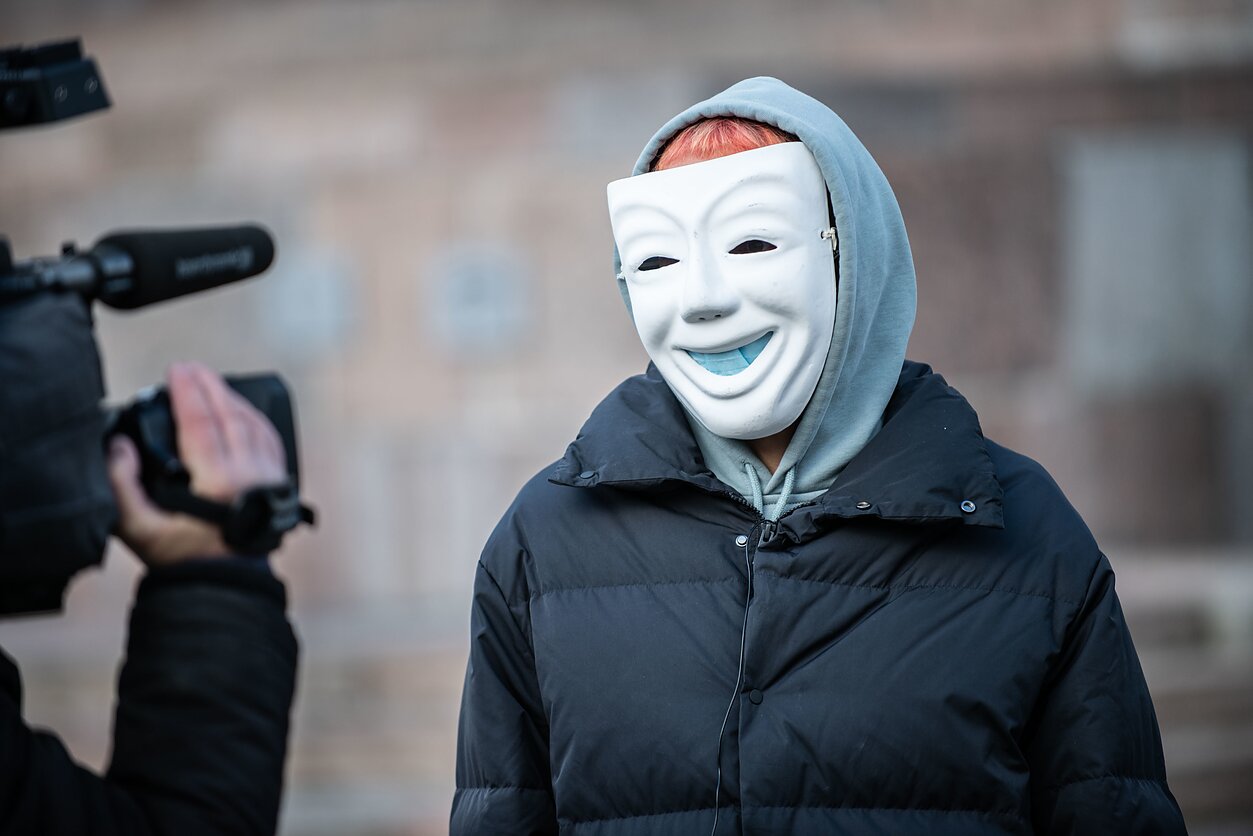