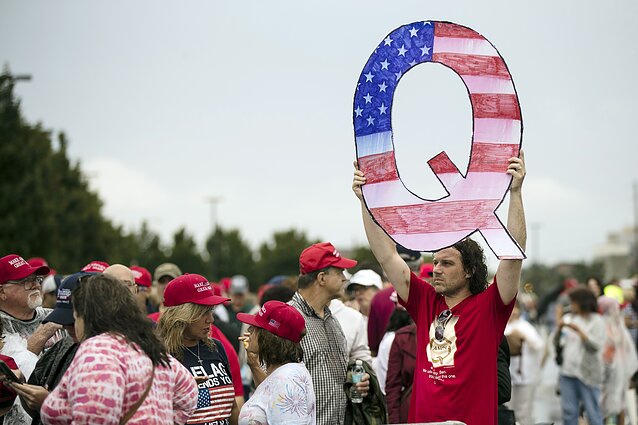 The QAnon conspiracy theory, which originated among the supporters of Donald Trump, has spread beyond the US. Claims that secret networks of bureaucratic power are undermining political leaders have been spreading in Lithuania's social mediapshere, too.

Twitter has recently blocked 7,000 accounts linked to QAnon, a conspiracy theory alleging that a secret plot by the “deep state” is aimed at deposing President Donald Trump and his supporters, and restricted the visibility of 150,000 more.

The movement behind the theory, which was first formulated in 2017, has been aggressively attacking the US president's critics, including his former rival Hillary Clinton as well as businesspeople and entertainers.

Very often they get accused of child abuse and murder, and engaging in satanic rituals.

Curiously enough, proponents of QAnon and the deep state theory – which include some prominent politicians in the US – themselves stick to their ideas with religious fervour, looking for coded messages in Trump's speeches and tweets and waiting for an “awakening” when people behind the deep state will be exposed and arrested.

Meanwhile, the FBI has named QAnon a “domestic terrorism threat”, the first time a conspiracy theory deserved the designation.

QAnon theories mostly spread on social media through thousands of unrelated groups and channels, making it difficult to estimate its exact size. However, one Lithuanian Facebook group, set up two months ago, already has some 1,500 members and about 150 daily posts.

CNN has recently reported about a study estimating that there are about 500,000 supporters of QAnon in Europe in various social network groups.

Meanwhile in Lithuania, the deep state gets mentioned in Facebook groups that also focus on discussions about the coronavirus lockdowns, facemasks, the second wave of Covid-19 or 5G. The deep state theory was invoked when organising a protest against coronavirus restrictions in Vilnius.

Read more: LRT FACTS. Who is behind anti-quarantine protest in Lithuania? 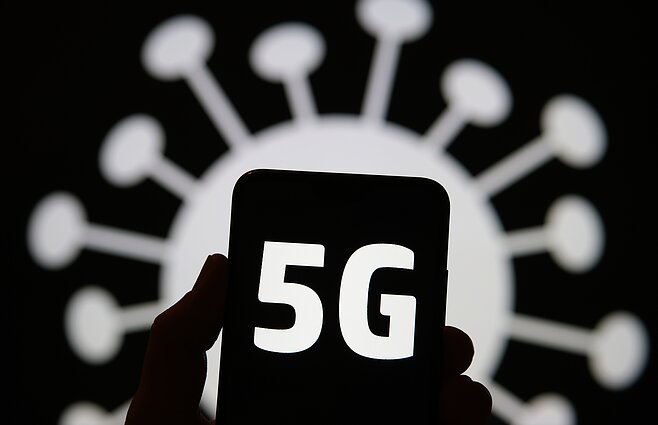 5G networks are a constant subject of conspiracy theories / Shutterstock

Some local celebrities, too, seem to have subscribed to QAnon theories. The athlete Žydrūnas Savickas is one of the moderators of the above-mentioned Facebook group. Mindaugas Gabrilavičius, the founder of the news website minfo.lt, habitually add QAnon-related hashtags to his political messages.

Wish for unity that doesn't exist

Conspiracy theories are a constant supplement to democracy, says political philosopher Gintas Karalius of Vilnius University, and the deep state theory is a symptom of deep-rooted political problems.

“The less power have the politicians, the more powerful are the bureaucracy,” he says.

“During the pandemic, what people saw on TV every day were not the MPs or the president, but the experts – was the sovereign the health minister or the medics?”

We have a government which, even though it has a majority in parliament and a friendly president, continues to wage a war against imaginary elites.

Few had heard of the World Health Organization before the pandemic, Karalius notes, but now everyone is told to follow its recommendations religiously.

“This is seen as truth from above, a mechanism of power, control,” he adds. 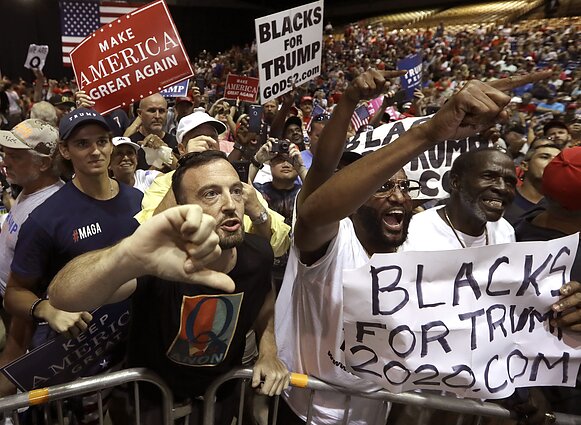 A Donald Trump supporter with QAnon T-shirt in Florida / AP

“We strive for unity that simply does not exist in the present-day society,” Karalius says. “For instance, there was an election in Poland and half the population does not accept the elected president.

“[The others] want that everyone accepted the government and if they don't, that means there's the deep state that actually controls and undermines it.”

Similar conditions exist in Lithuania, too, he believes,

“We have a government which, even though it has a majority in parliament and a friendly president, continues to wage a war against imaginary elites – so the government is fighting the government,” Karalius says, adding that some of the rhetoric coming from the Lithuanian government is not dissimilar to Trump's tweets. 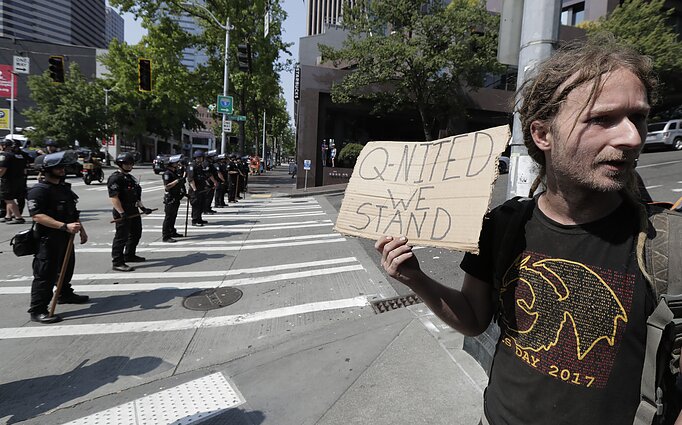 QAnon proponents at a pro-gun rally in Seattle, 2018 / AP

This betrays a crisis of the party system, similar to the one in the US. “None of the parties get more than 20 percent of the vote, many people are politically apathetic, the government is condescending. Whichever party wins the election, they maintain the same basic course, arguing about small details from time to time,” Karalius says.

And this leaves plenty of room for conspiracy theories.

According to him, a key factor that helped spread and popularise QAnon were social networks and the way people consume information, with the line between fact and fiction washed out.

What doesn't help is being paternalistic, saying that we'll explain it to them and make them understand.

Karalius is therefore sceptical about attempts to educate or shame people who spread conspiracy theories.

“What doesn't help is being paternalistic, saying that we'll explain it to them and make them understand,” he says.

By blocking QAnon profiles, “Twitter is now seen as part of the conspiracy, too”. 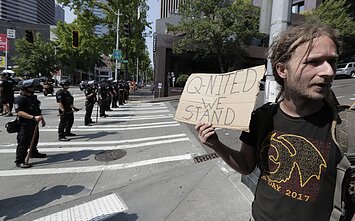 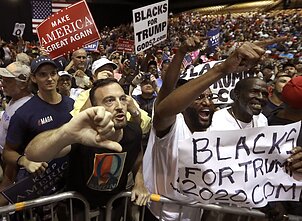 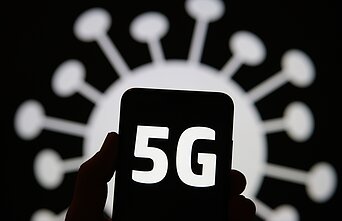