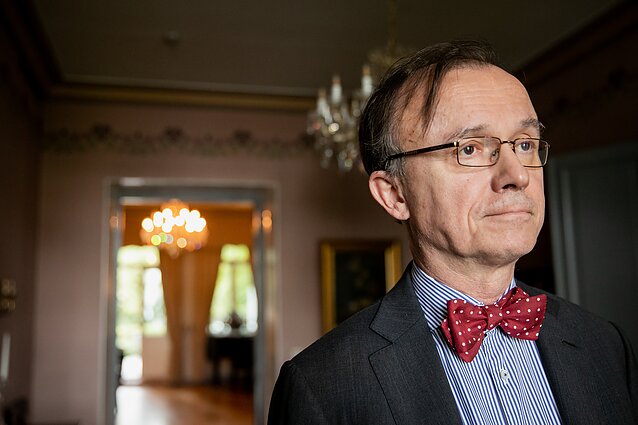 Finland has kept military service and Cold War-era medical reserve even when other countries took preparedness for adversities lightly – and was proven right, says Finnish Ambassador to Lithuania Christer Gustaf Michelsson in an interview to LRT.lt.

Finland can also offer advice on how to manage nuclear safety, as the country is planning to have a new nuclear plant built by Rosatom, the developer of Astravyets NPP which has been a big concern for Lithuania.

Having first visited Vilnius in 1988, during his posting in Moscow, Michelsson says Lithuania has changed a lot since then and could become a Nordic-style egalitarian society, if only it chose to.

What are the key spheres of your work here and in the Lithuanian-Finnish bilateral relations?

First of all, Finland and Lithuania are neighbours at the Baltic Sea and we share the same geographical area. So the Nordic–Baltic dimension in our bilateral relations has been growing.

We are, as you know, five Nordic countries that have had a close cooperation since the 1950s and even earlier. When the Baltic states regained their independence, they have been included in this cooperation.

We work mainly with bilateral issues. But then, of course, Finland and Lithuania are both members of the European Union. EU matters are of key importance in our relations as well. Then we have security policy as a whole, the Baltic Sea is our common neighborhood and we are interested in the security situation in the Baltic Sea. 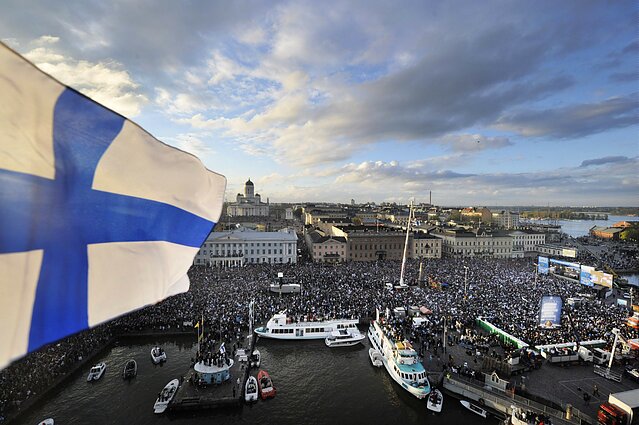 Our task is to help Finnish business. Lithuania is not that big a market, so we don't have a person who works full time on it. So we have a system called Team Finland where the actors working in a certain country work together.

Then culture, we promote it as much as we can. But that's not the main focus in Lithuania, because culture finds its way anyway, because we are neighbors. So people and authors get published, and they have their own networks and their publishing houses. We get invitations to book launches and we see, to our great pleasure, that there are new books from Finland which we had no idea about.

Estonia enjoys a special relation with Finland. Are Lithuania and Latvia not left out in a way?

No, not left out. Of course, Finland is not a big country, we have 5.5 million people. So the closest neighbours are, of course, the ones with whom you have most contact. The second reason with Estonia is that the languages are related, Finnish and Estonian, and there are close cultural links and lots of people-to-people contact. Even before the Soviet Union broke up, but especially after.

You see that in business as well. I think in Estonia they have about 2,000 Finnish companies operating. In Latvia, it's 500 to 600. Here we have 200 companies. That has also to do with geographic proximity. 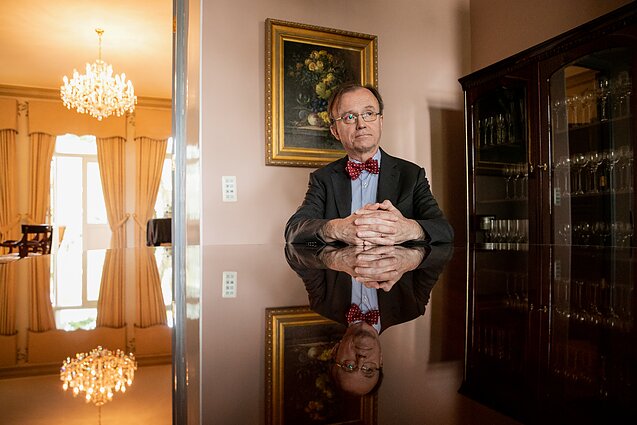 Lithuania is worried about the Astravyets nuclear power plant in Belarus. Rosatom, the Russian agency constructing the facility, was trying to acquire permits to build a power plant in Finland, too. Do you have any issues with this company from the security point of view? And what's your position on the Astravyets NPP? Finland offered to help negotiate between Lithuanian and Belarus, but that offer got rejected.

Well, people say that nuclear power is a very clean form of energy. There is no pollution from a nuclear power plant, except when something happens and then there is a huge problem. So nuclear safety is extremely important.

I think that we have something to offer on this question. We have now, I think, five nuclear power plants running, the sixth is going to be built. The seventh will be built by Rosatom up in Hanhikivi. And that power plant is similar to the one which is being built in Belarus.

And that's why there would be a possibility of learning from the Finnish experience. The Finnish nuclear safety agency is very tough. They don't let anything which is not secure start working. That's why the fifth and sixth nuclear power plants are still under construction, though they should have been finished already. They are built by Western builders and Western technology, but still the nuclear safety agency was not happy. They said, you have to do this again, you have to make sure that it really is safe.

The same goes for Hanhikivi, which is not yet being built. It will be built eventually, because the industry needs clean energy, we have lots of heavy industry which needs lots of energy. 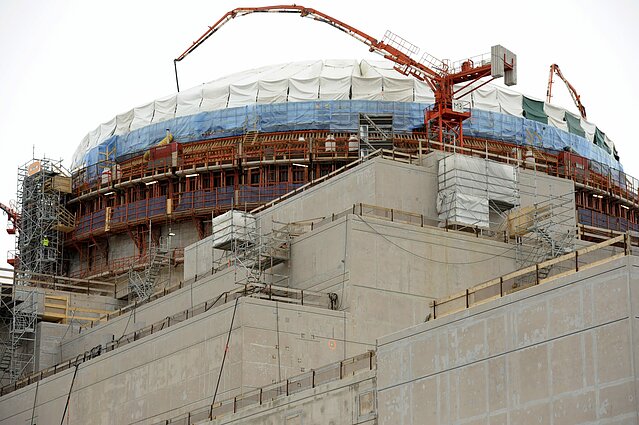 And this was a thing mentioned during the foreign minister's visit here in late October last year. But then Lithuania prefers European framework for this discussion on nuclear safety. And that's no problem, we are happy with that as well. It was just a way of offering good advice.

Finland has a long border with Russia and has this notion of total defence, which is often cited here as a good example. How does Finland see the security situation in the Baltic region? Do you think that you're ready to defend yourselves, or do you need help from NATO?

When the Soviet Union attacked Finland on November 30, 1939, for 105 days it defended itself. Stalin thought he could march to Helsinki in two weeks, but that proved not to be the case. Finns defended themselves and it was a very bloody and costly war.

We proved our point, the Finnish people are ready to defend themselves. We have always had universal conscription. Every male who turns 19 is called to a national service. Most men and an increasing number of women want to serve.

The discussion about NATO has been going on ever since the breakup of the Soviet Union, but the majority of the people think Finland should not join. And they are happy with this system we have now.

But that said, Finland is cooperating with NATO very closely. The Finnish defence forces are compatible with NATO’s. So if Finland applied and the alliance said OK, then Finland could easily be integrated. But that is not the case now. 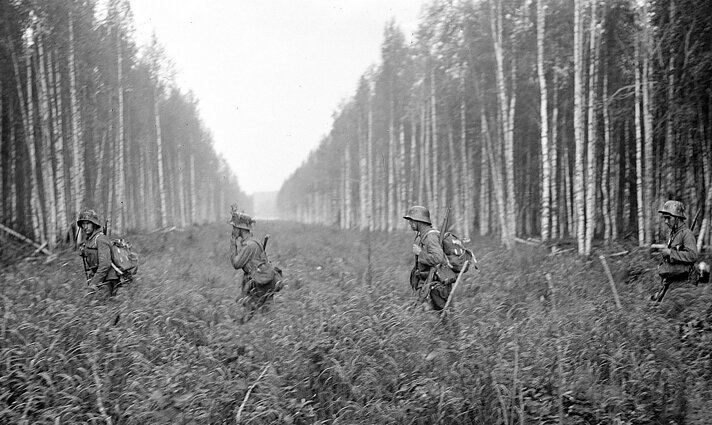 The final point is, would Finland be safer or more unsafe in NATO, would membership of Finland in NATO enhance security around the Baltic Sea or not?

Finland follows the security situation around the Baltic Sea very closely and very vigilantly. And if its airspace is violated, Finnish planes are up immediately. 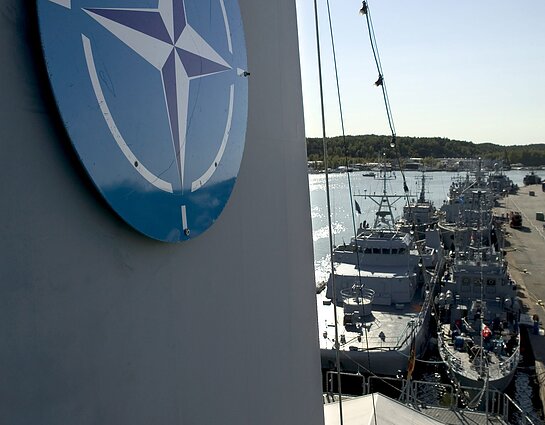 During the coronavirus pandemic, people were amazed that Finland had kept its entire national reserve of medical supplies from the Cold War times, which came in very handy.

Finland wants to be prepared. For the same reason we kept the national conscription, even during the early 1990s when many countries changed their defence systems, thinking everything was calm.

How did Finland tackle the pandemic?

Groups of more than 10 people were banned, all public services were closed, including schools. In schools we started distance learning, like in Lithuania, and travel to Finland was halted. Only Finns or people with the right of permanent residence were allowed back. I think Finland and Lithuania are in pretty similar situation, because Lithuania also took drastic measures and your results are also good.

The media also credited the good response to your Prime Minister Sanna Marin. She has said that, as a woman from an underprivileged background, she could become a prime minister thanks to Finland’s good education and justice systems.

The Finnish society is very egalitarian. Equal rights have been there ever since Finland became independent and even before that – equal rights for everyone had been a principle. Finland was the first country in Europe and the second country in the world to have universal suffrage. And the first country where women could stand for parliament. 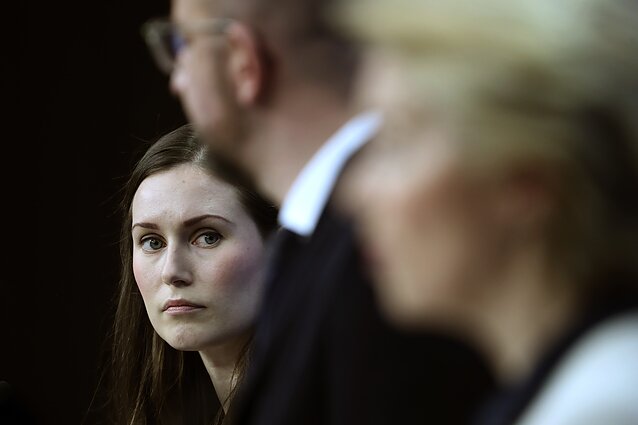 Finland started setting up elementary schools in mid-19th century so that everybody could get basic education. And the man who devised it said that this should not be only for boys. Finland was an agrarian society before the Second World War, but everybody had their tasks: men were out in the fields, women took care of cattle. And when the society started developing, it was still the case, people understood that it was not enough to have only half the hands at work.

So this is part of the societal philosophy of Finland, to have gender equality and equality for everybody so that everybody can get education regardless of whether you have money or not.

Everybody has nine years of schooling. After that you choose whether you want to go to a more theoretical gymnasium or a vocational school. But importantly, you don't close any doors. A vocational school doesn't mean that you couldn't continue in university and become a doctor or whatever.

Many Lithuanians, and the political leadership from time to time, say they’d wish Lithuania were more like a Scandinavian country. During your term here, did you see a potential for Lithuania to become an egalitarian society?

Absolutely. If you so wish. It's up to the people whom you elect to parliament and what parliament decides.

My impression of Lithuania is very positive after four years. My first posting as a diplomat was in 1987, I was sent to Moscow. And then our first trip inside the Soviet Union was in the spring of 1988. We took a night train from Moscow to Vilnius with my family, a second-class compartment. When we came here, what we saw was a very different place.

Vilnius was rundown and grey, like everything else. But still you could sense that it was different, it was the time of Sajūdis.

Now it's very nice to see how Lithuania has developed. And there's a lot of potential and possibilities. And that's why Finnish companies are also here, because you have skilled labor. 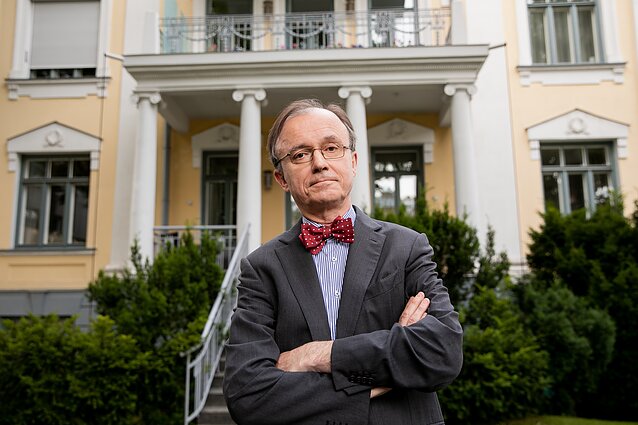 And when it comes to your personal life, do you have any hobbies, interests, how do you spend your free time?

My wife and I, we enjoy Nordic walk. We go to exhibitions, concerts. Perhaps we don't go that much to theater because of the language barrier, but I understand Russian, so I could go to the Russian Drama Theater.

Do you speak any Lithuanian?

Oh no. It was too difficult. I tried, but then I know I'm too old.

Finland is famous for its heavy music and metal bands. Do you go to metal concerts here or prefer a different kind of music?

Not anymore. I used to, but that's a long time ago. The first rock concert I went to as a 15-year-old was Deep Purple. It was in Helsinki in 1972, I went together with my girlfriend. 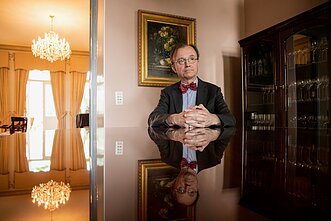 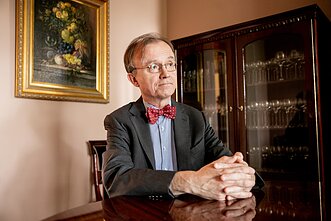 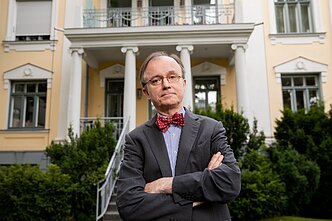 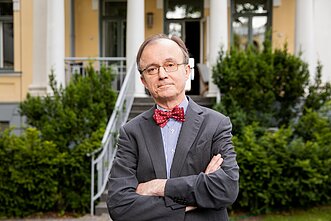 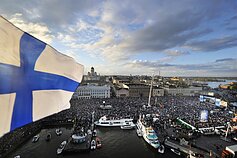 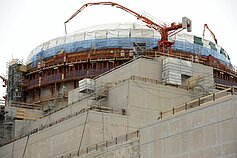 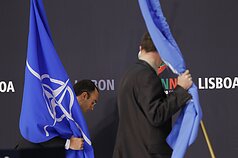 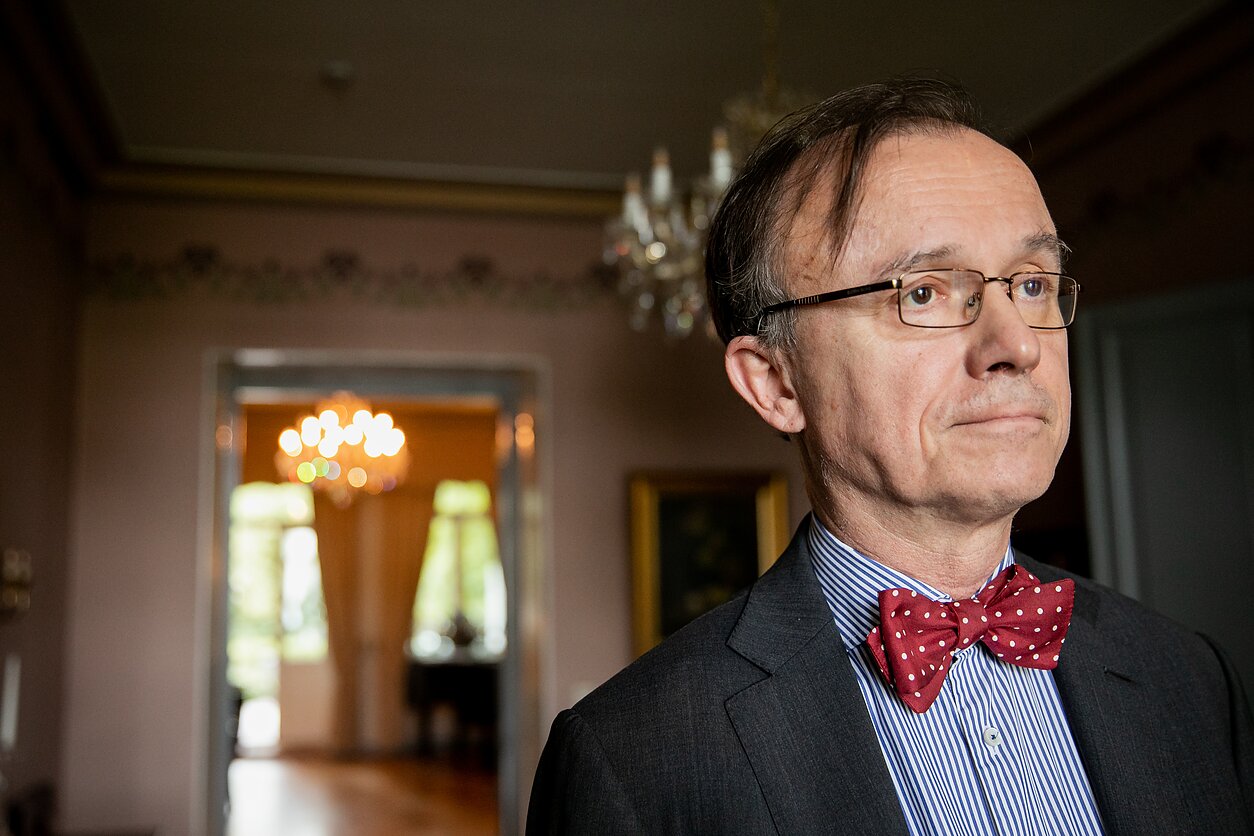 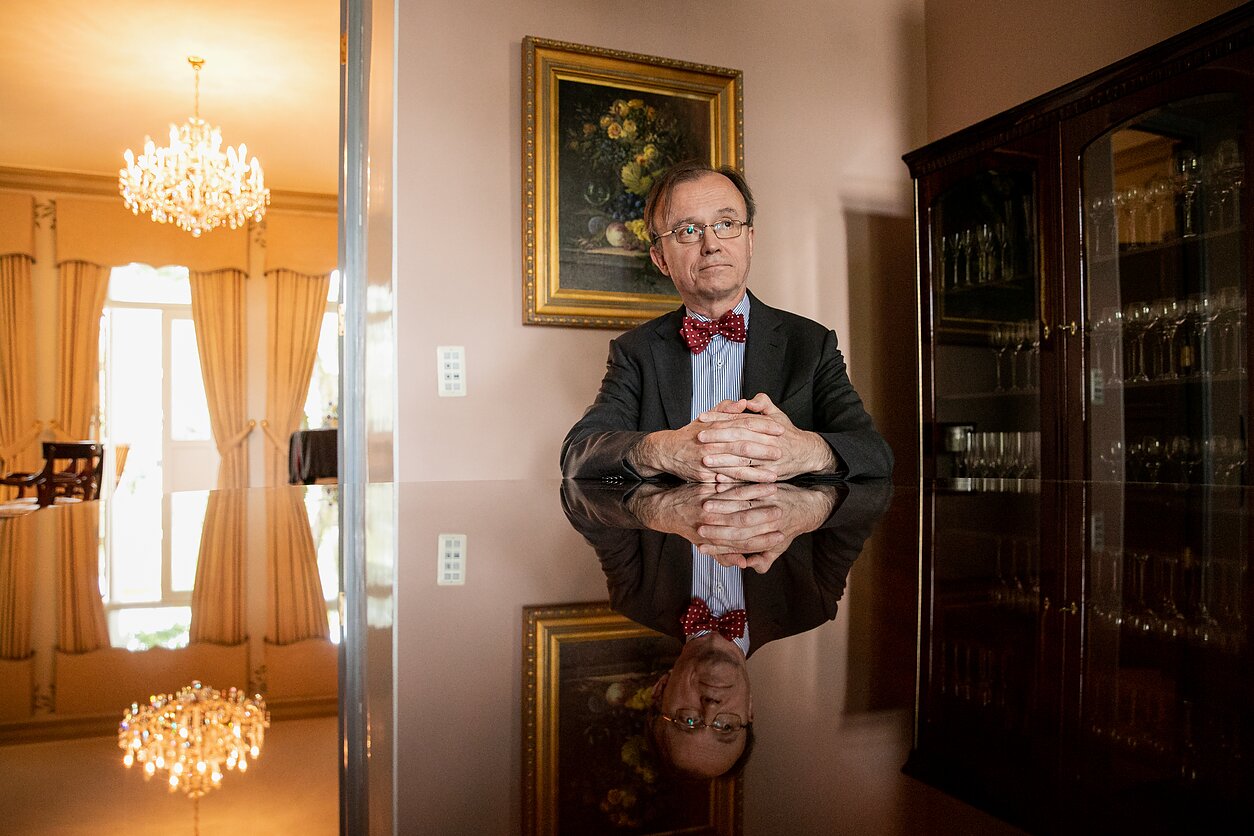 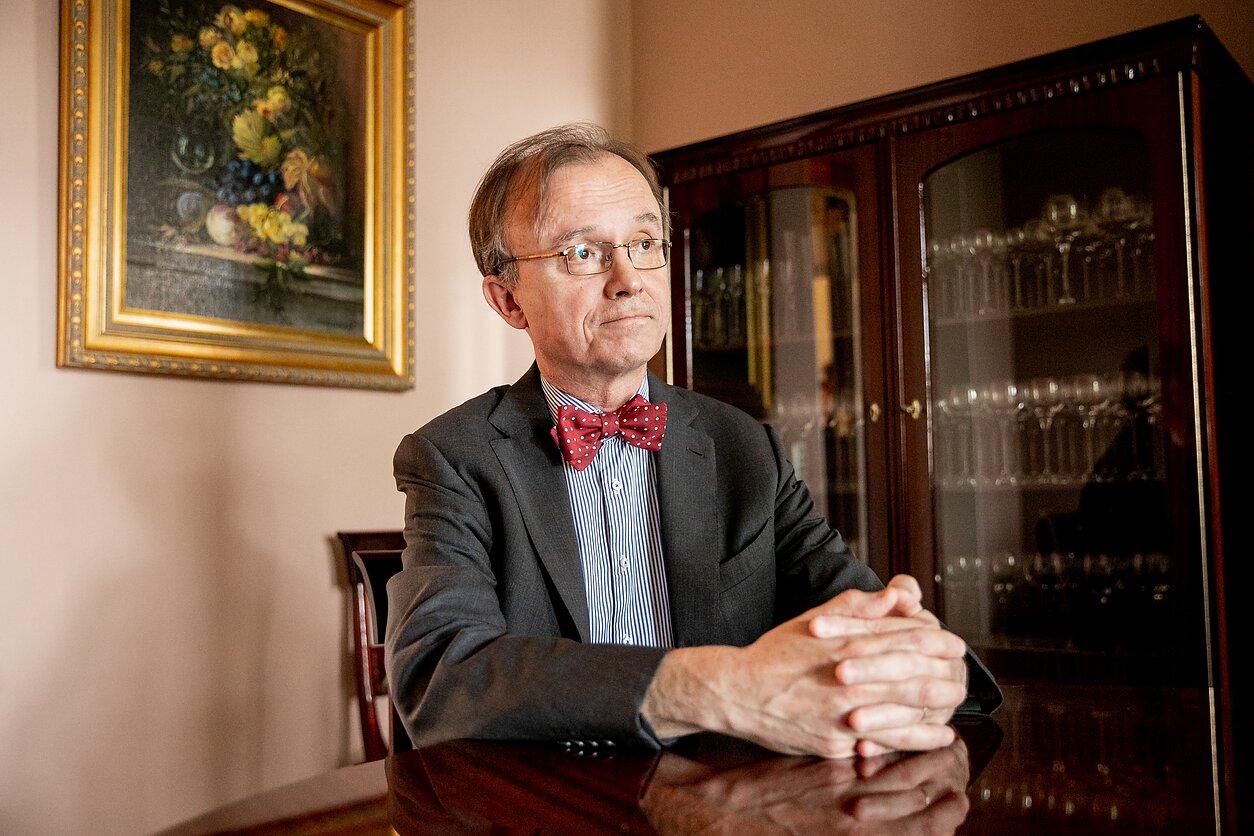 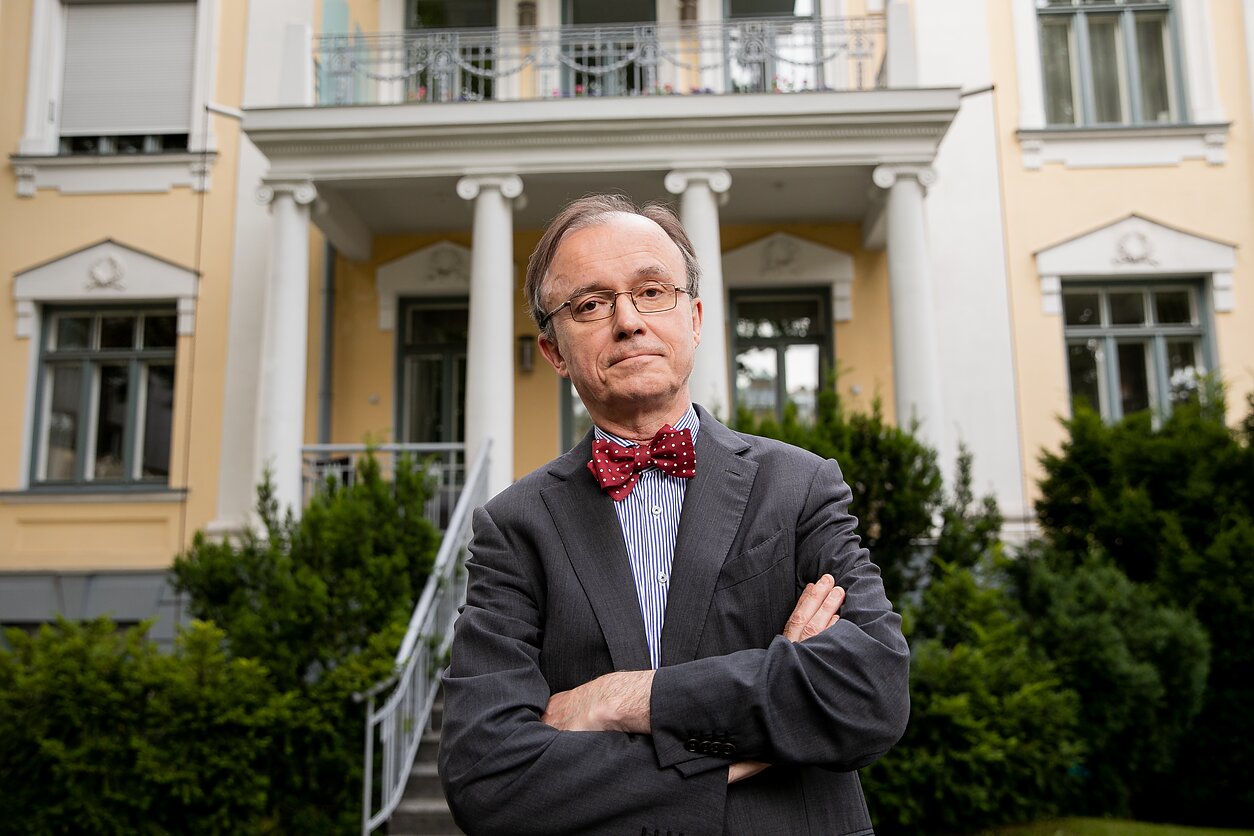 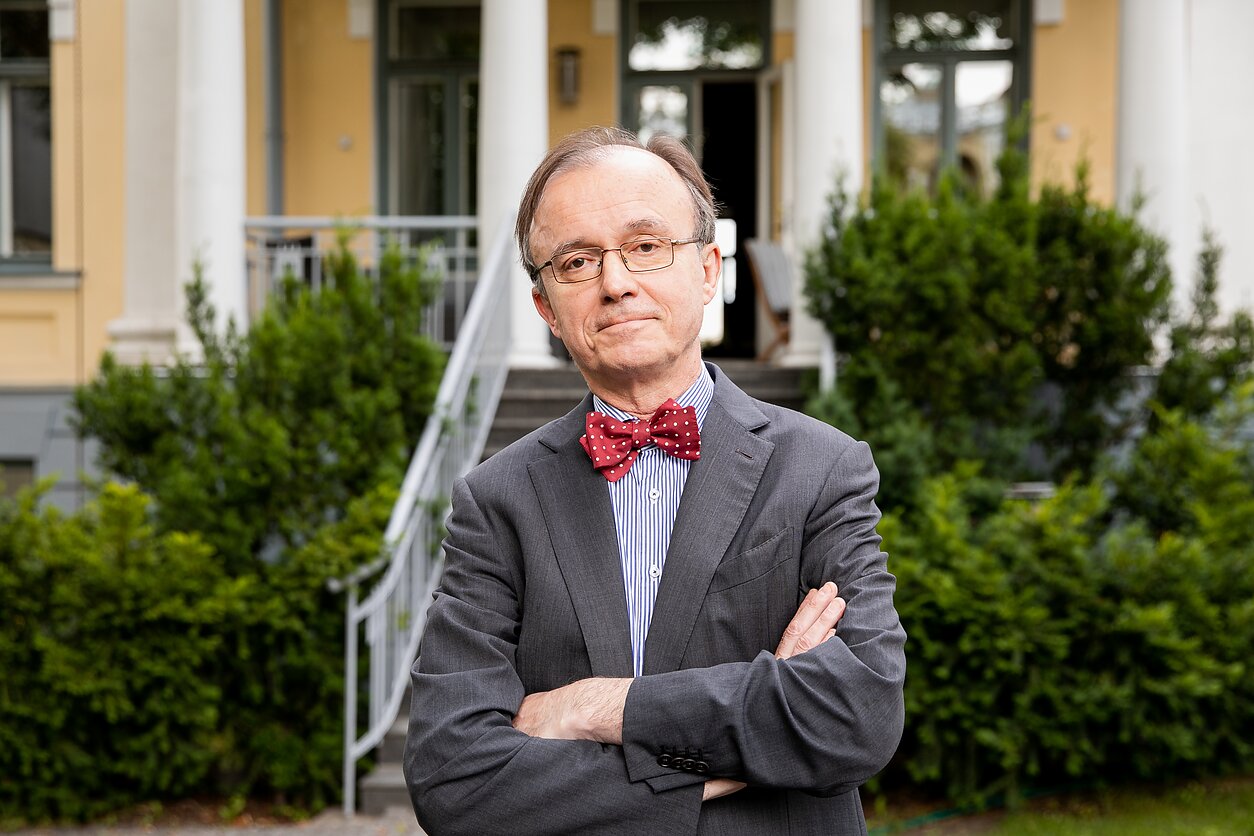 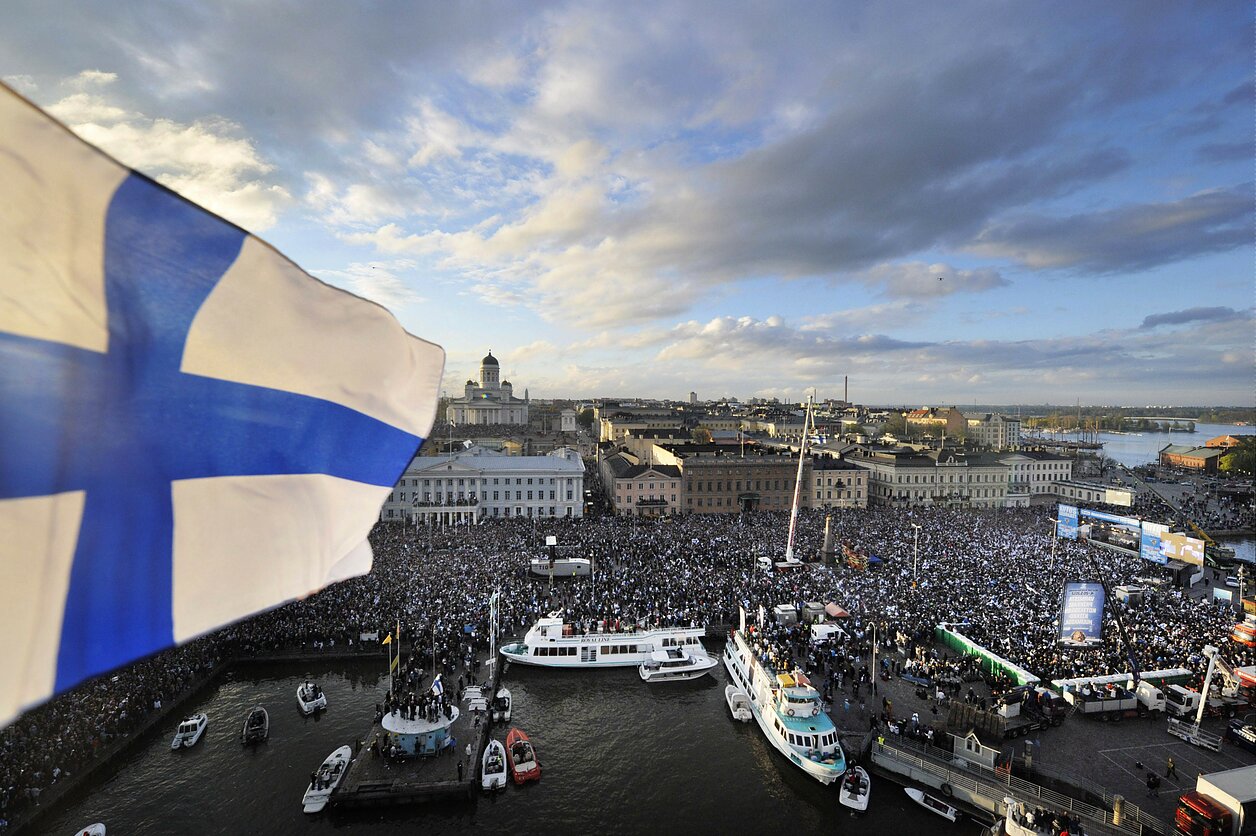 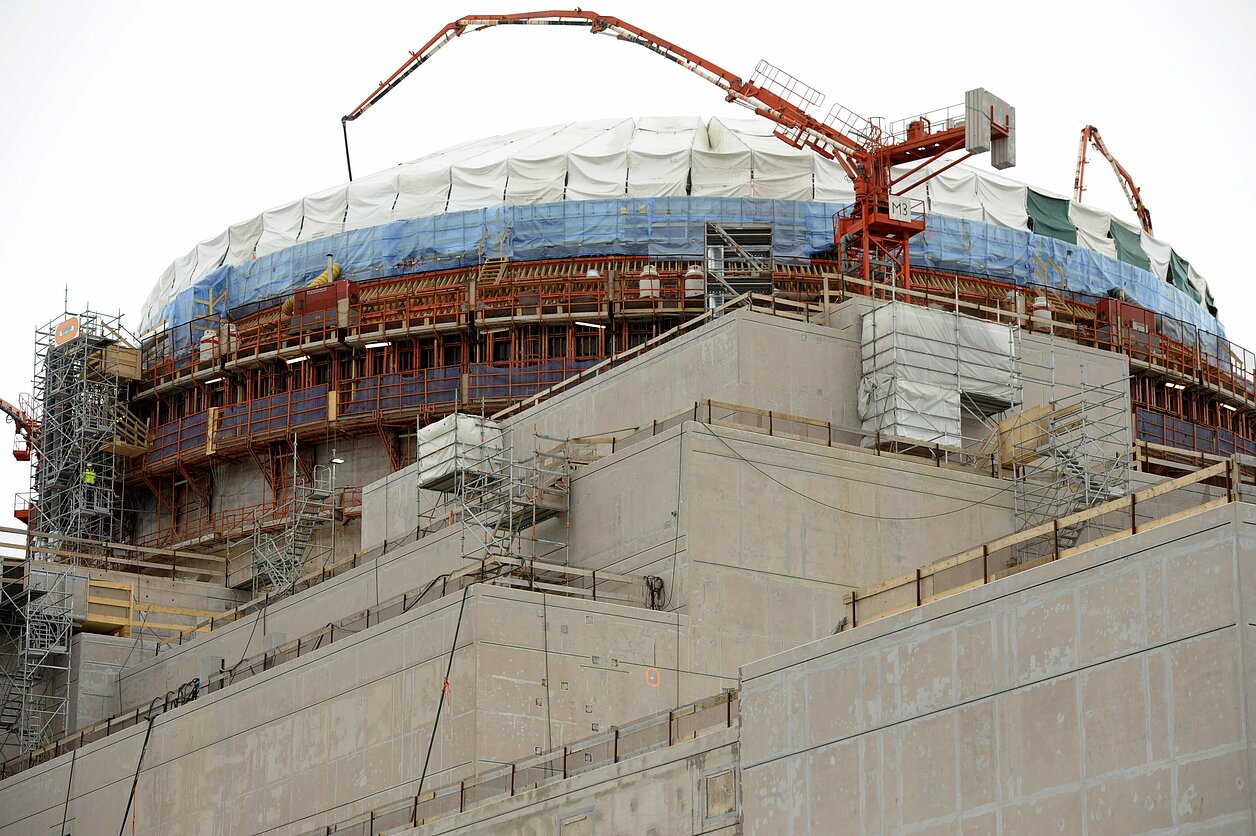 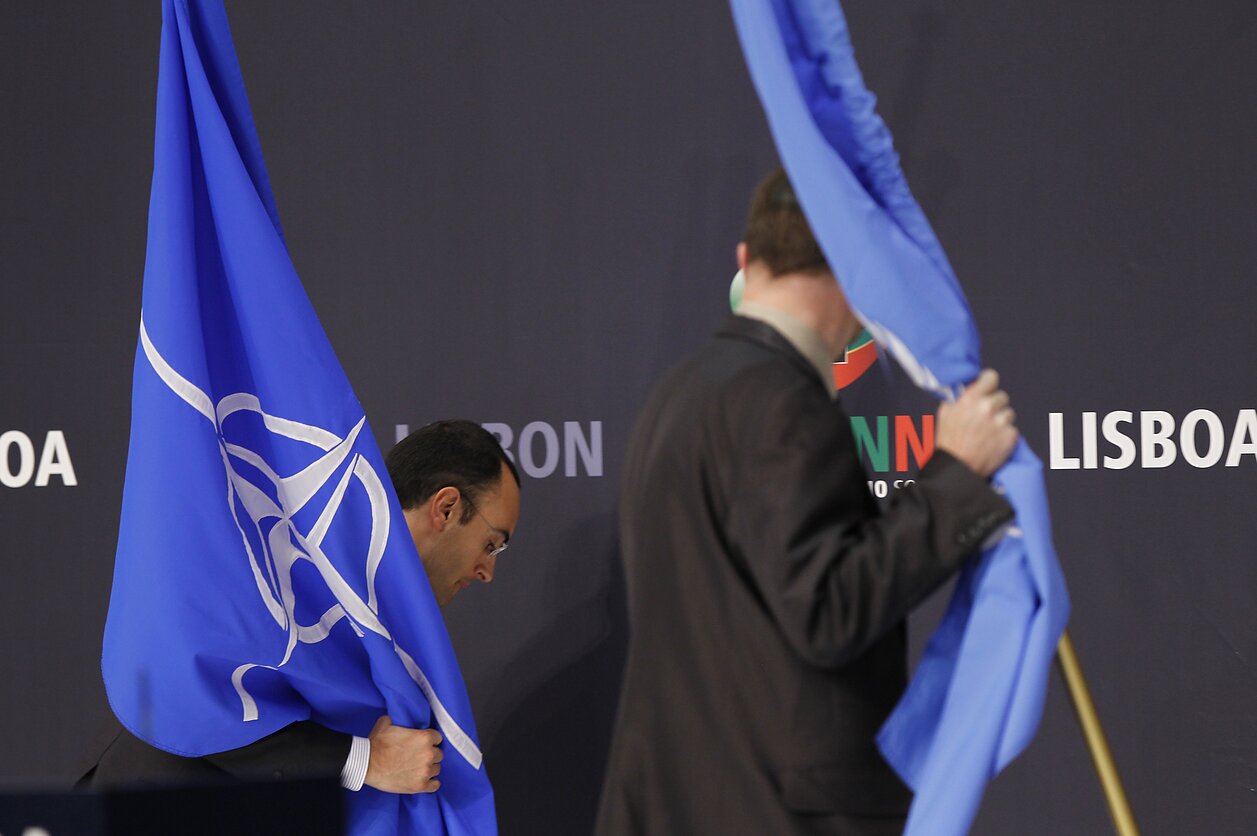 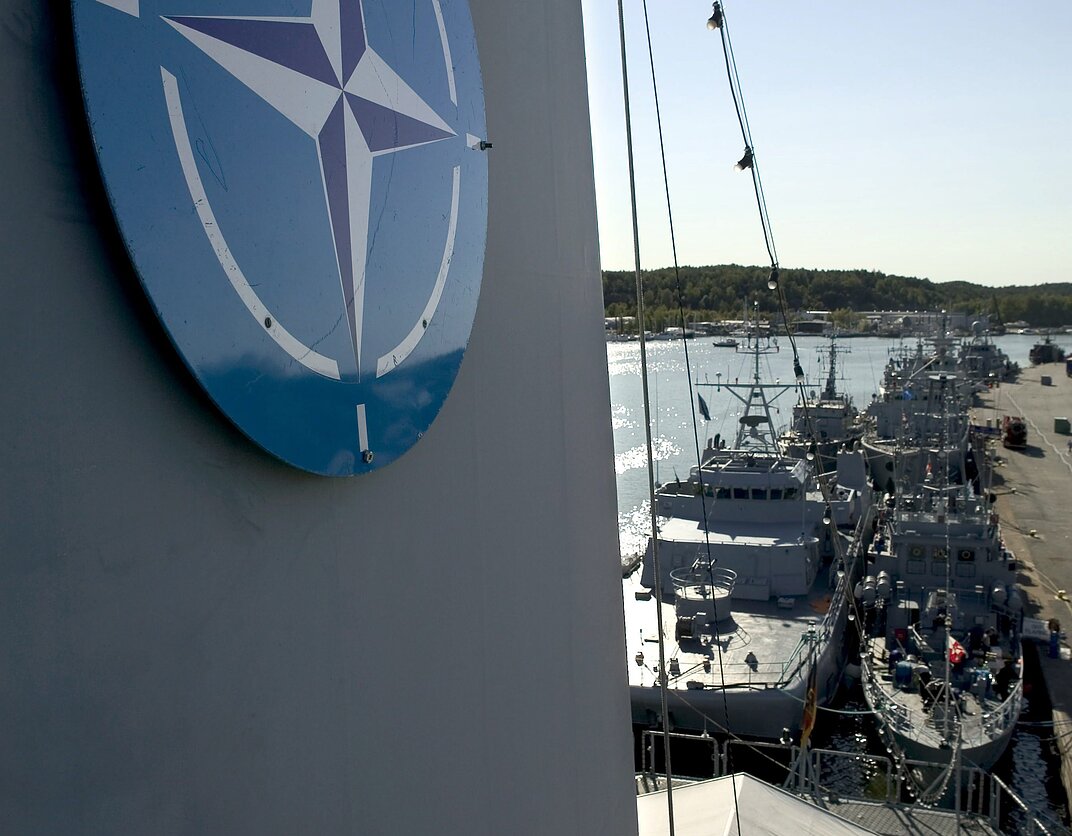 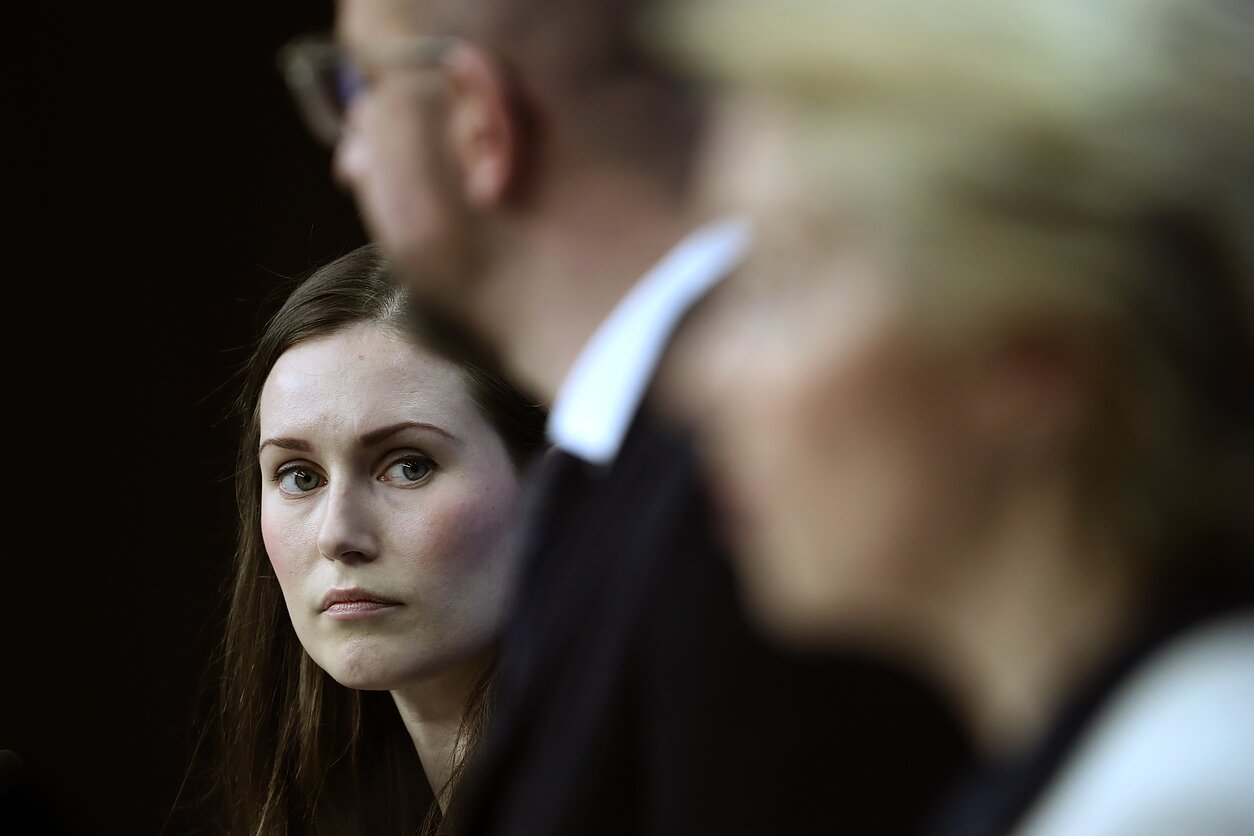 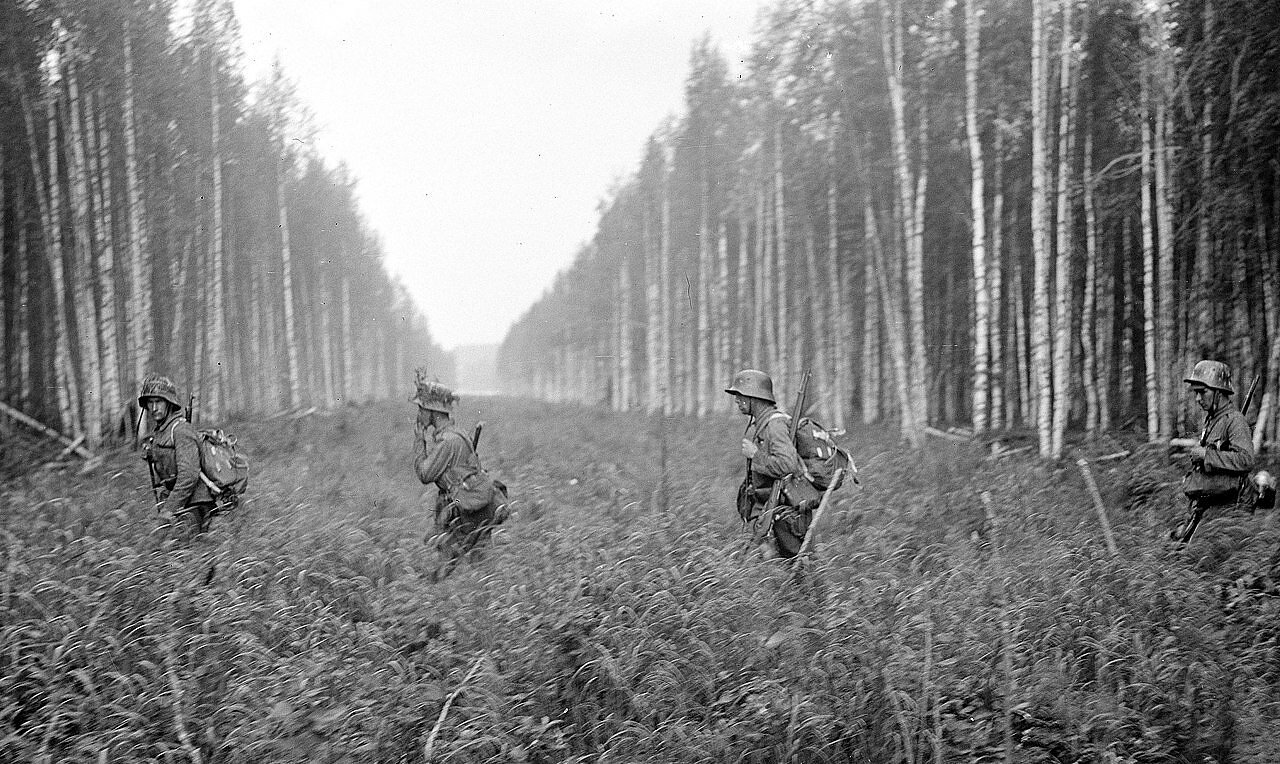