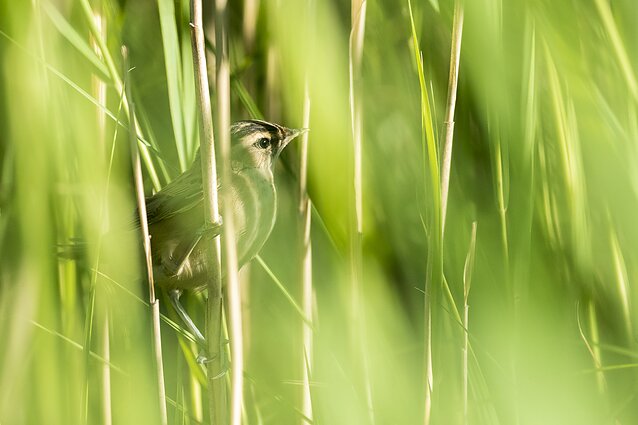 Lithuania is at the forefront of efforts to preserve an endangered bird species, the aquatic warbler. A government programme pays farmers to delay works in the fields, allowing the birds – whose population is smaller than that of the endangered African bush elephant – to breed.

Lessons from the past

Alfonsas Stankus, who has been raising livestock near Šilutė, a western Lithuanian town, for the past 30 years, is one of the protectors of the endangered birds. This means that ornitologists can inspect his 5-hectare farm. They found two aquatic warbler nests, so the man now cuts his grass later than he would do normally.

Stankus explains that he decided to join the preservation programme after accidentally destroying a nest of northern lapwing while mowing his lawn.

“I was mowing. The lapwing flew away and left eight or ten eggs on the ground. […] I don’t know what happened to them. This story touched me deeply,” says the farmer. 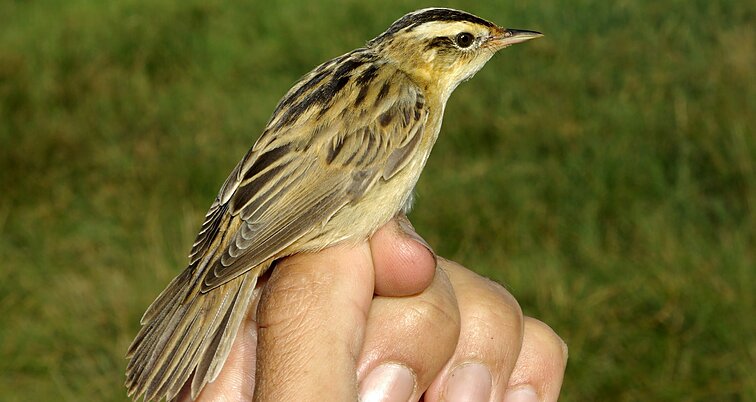 Martynas Krauleidis, who owns a milk farm nearby, also participates in the aquatic warblers preservation programme in his five-hectare territory. He says that the protection of one species brings benefits to other animals as well.

“We help aquatic warblers, but at the same time other species are being protected. It’s so nice to walk through the meadow now. […] Even ducks are not afraid of me anymore,” he shares. 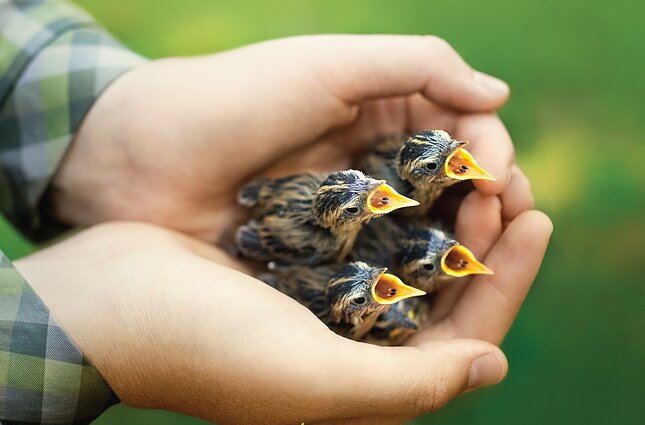 There are 186 farmers who participate in the programme aimed at preserving aquatic warblers in Lithuania. Some of the declared protection zones are in Žuvintas, southwestern Lithuania, but most are located around Šilutė.

Ornithologists visit the protected areas every year and mark places where aquatic warblers nest. The farmers who participate in the programme commit to not mow the lawn until at least mid-July.

“The baby birds stay in the nests [until midsummer] and the mothers are feeding them. They are not strong enough to run away from the mowing machines, so we are protecting them and postponing the mowing,” explains Rita Grinienė, environmental specialist at the Baltic Environmental Forum. 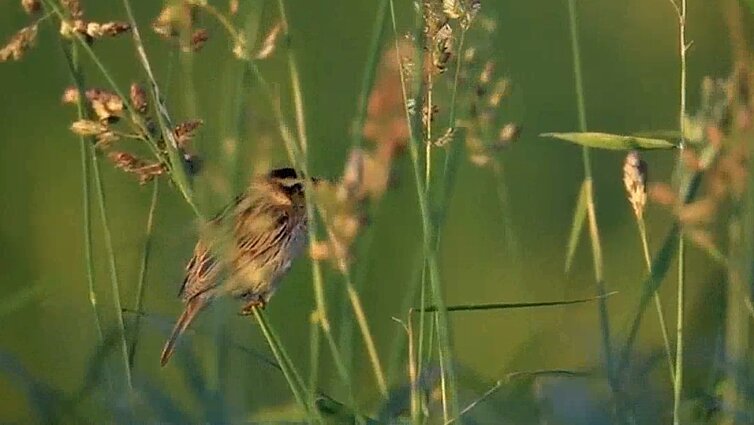 Aquatic warblers live in tall grass, where there is enough dampness. The high levels of water attract many insects that are the main food for the birds. This is important because aquatic warblers breed twice during the summer.

It is counted that there are 142 aquatic warbler males around Šilutė and 246 in the entire country.

The farmers who are part of the programme receive government grants of 291 euros per hectare for preserving the birds in natural and partly natural meadows and 160 in wetlands. Since the beginning of the programme in 2015, the participating farmers have already received 3,46 million euros in grants.

Algirdas Klimavičius, the head of the environmental politics group at the Ministry of Environment, says that Lithuania also needs better bird protection around water bodies. But such projects would be difficult to implement without European Union support.

When farmers finally start mowing their meadows, they bring the cut grass to a factory which makes environmentally-friendly granules that are exported and used for producing biofuel. 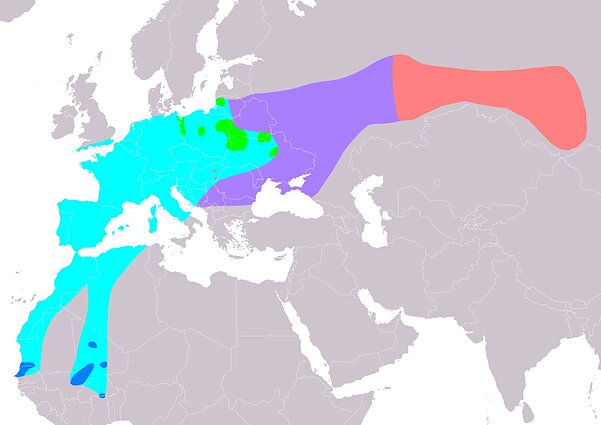 “The farmers benefit because they receive grants and preserve aquatic warblers. They can also get rid of the biomass that is no longer suitable for feeding the animals, but can be repurposed for biofuel,” says Petras Lengvinas, the head of the factory.

The global aquatic warbler population has contracted by 95 percent. This means that there is a higher chance to see an African bush elephant than this bird. The species is endangered because of intensive farming and draining of wetlands.

According to Žymantas Morkvėnas, director of the Baltic Environmental Forum, Lithuania’s effort to preserve aquatic warblers is even more important this year.

These birds also breed in Poland, Ukraine, and Belarus. But this summer, the wetlands, where aquatic warblers live, are being destroyed by fires in these countries. 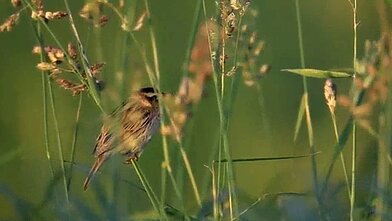 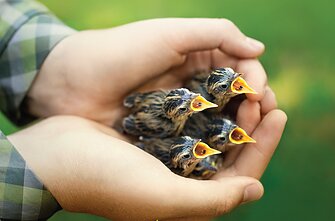 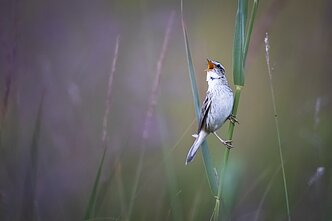 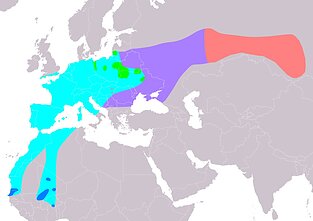 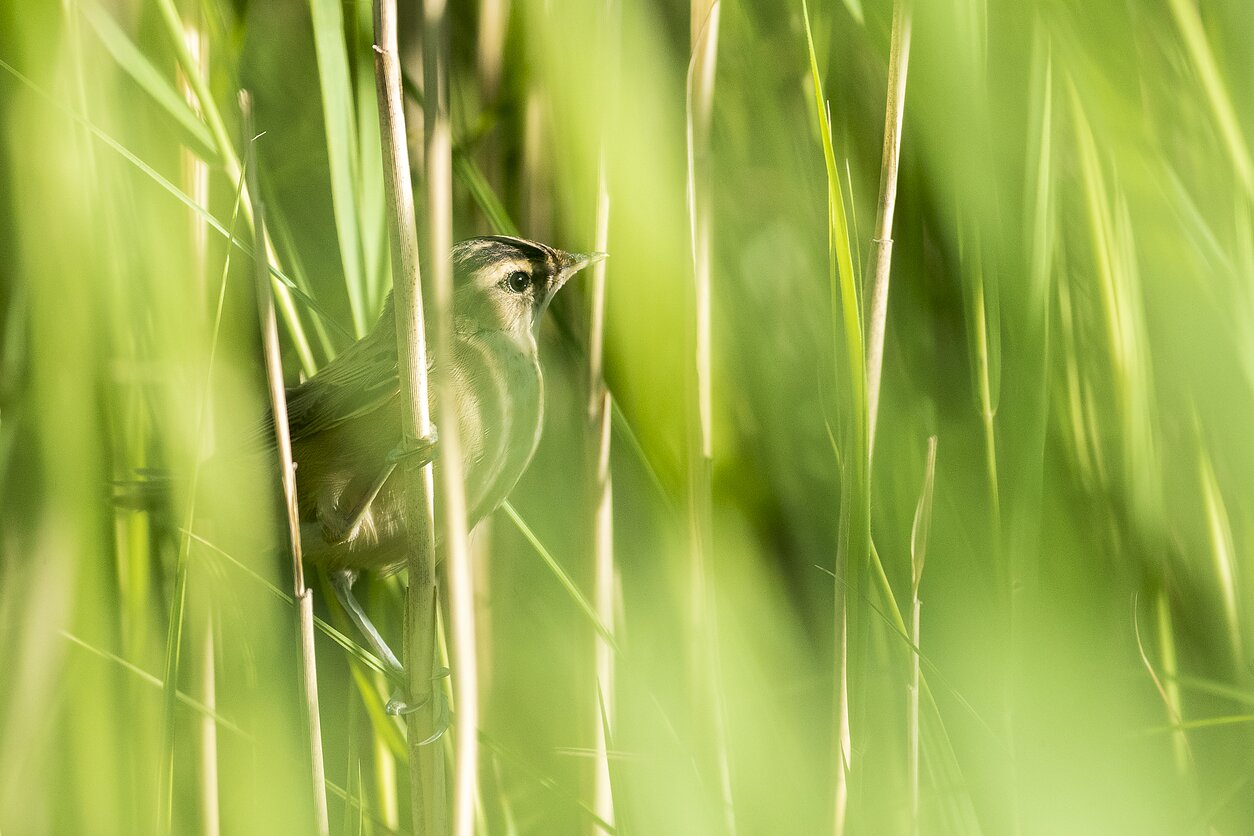 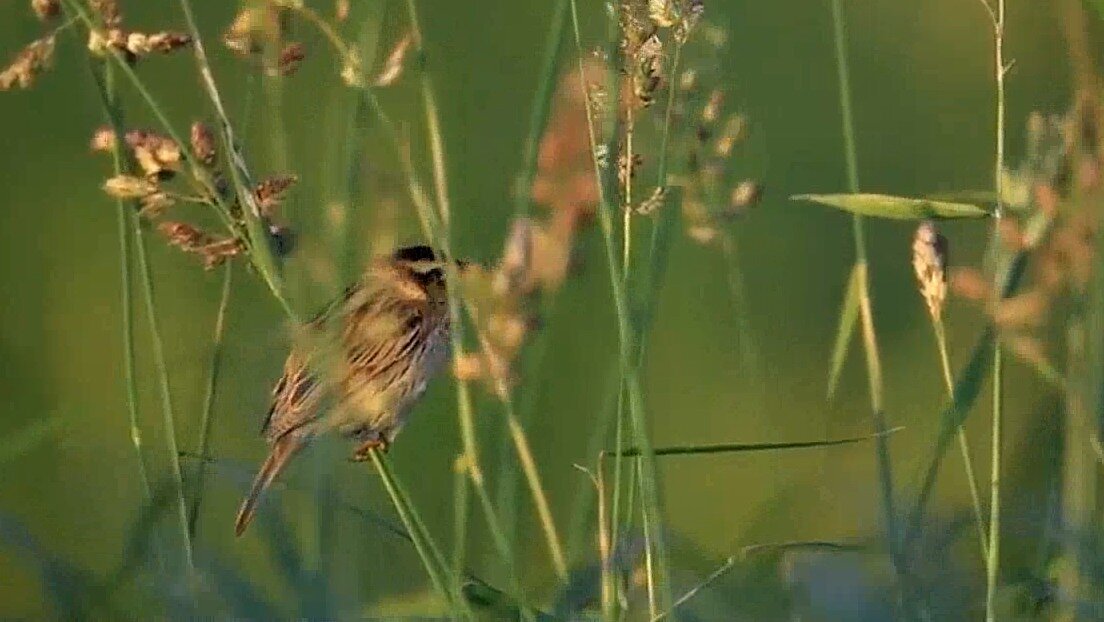 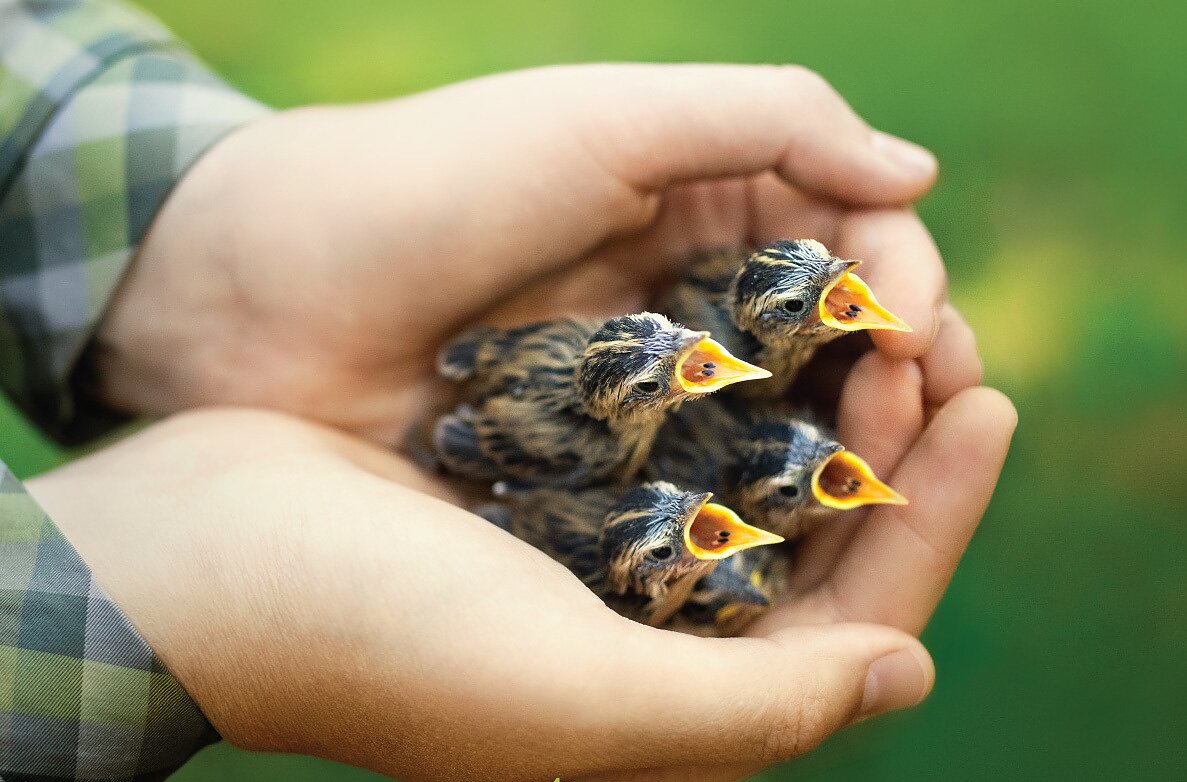 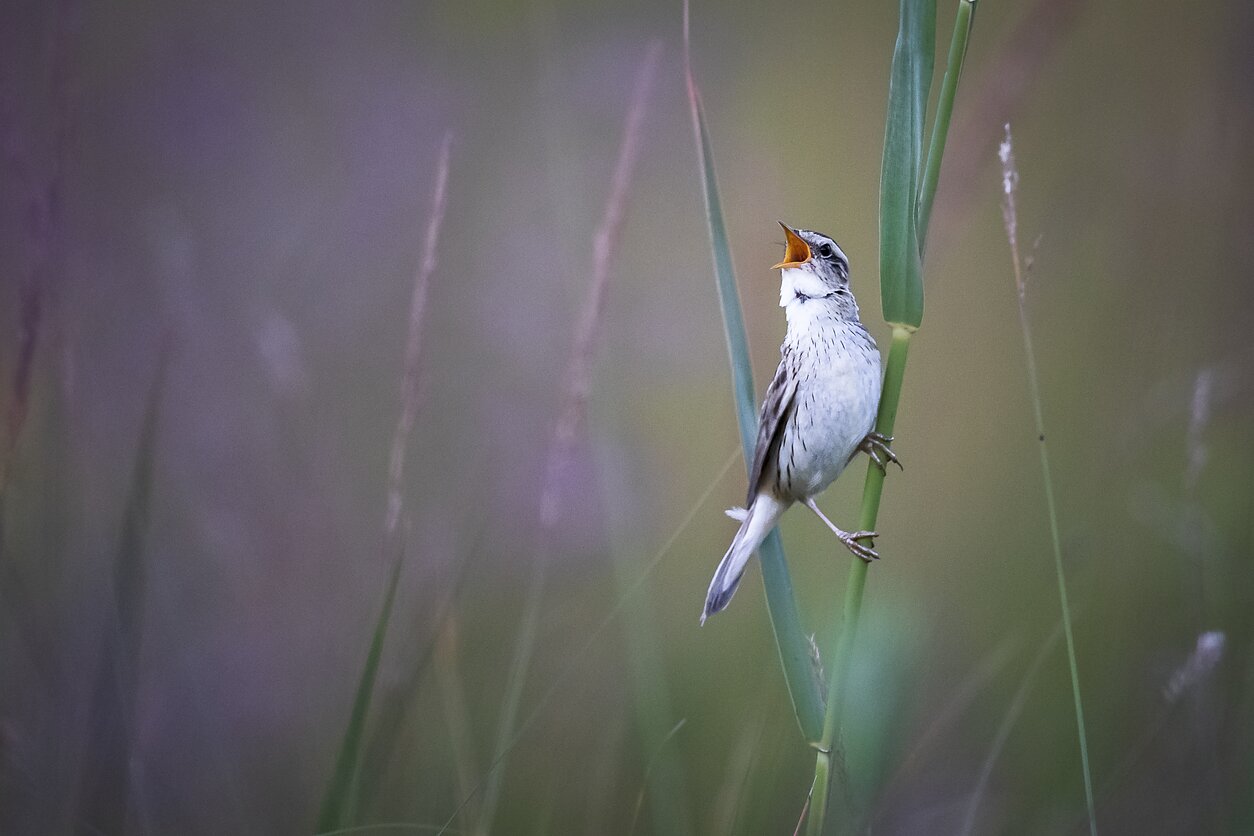 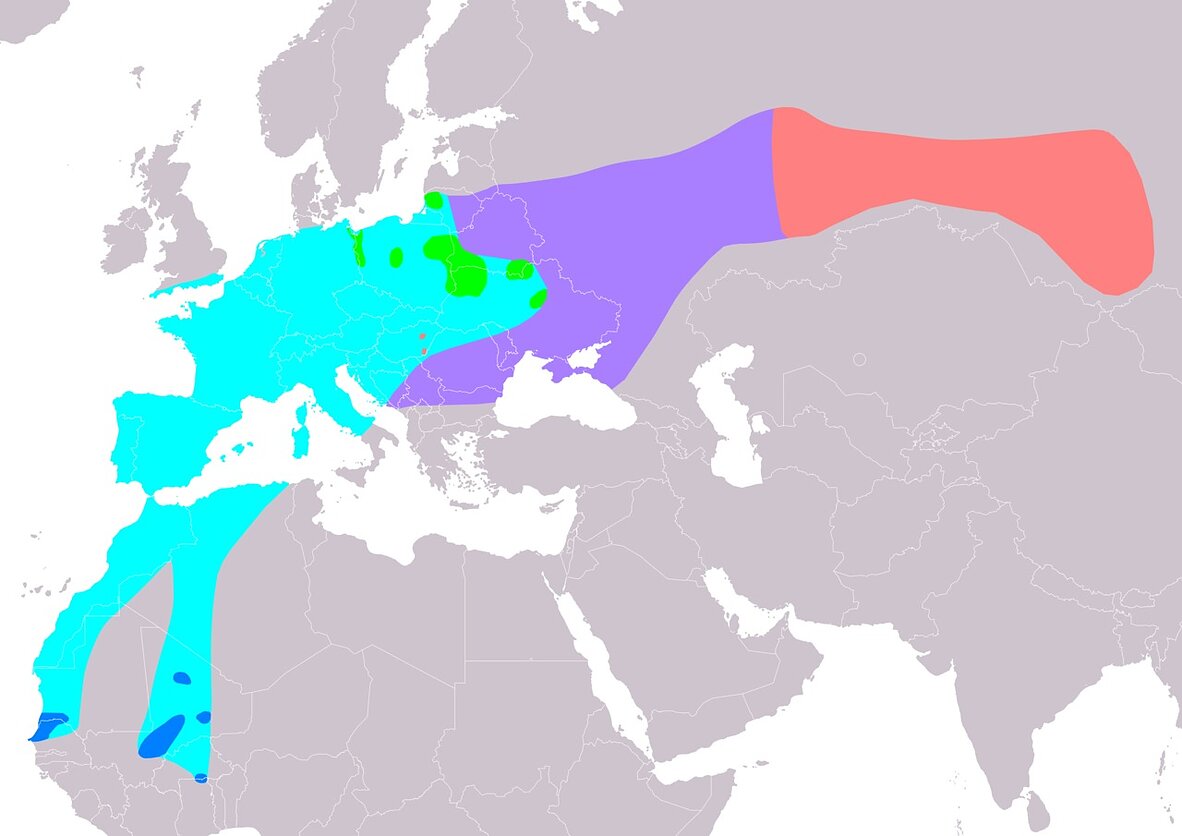