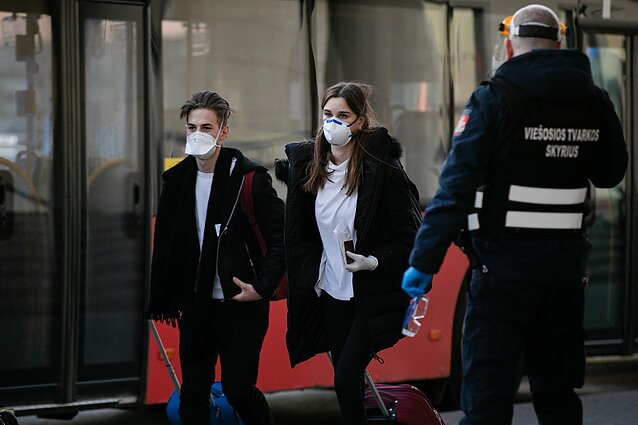 Lithuania has been under quarantine since March 16 / J. Stacevičius/LRT

The nationwide quarantine in Lithuania is to be extended until at least April 13, the country's government decided on Wednesday.

It will also set up a crisis coordination committee headed by Prime Minister Saulius Skvernelis.

Lithuania was put under quarantine on March 16, originally for two weeks until March 30, to slow the spread of the coronavirus.

“The quarantine has been extended until April 13, 24:00,” Algridas Stončaitis, the government chancellor, told BNS.

Under the quarantine, Lithuania has closed its borders to foreigners, banned big gatherings and ordered non-essential customer servicing businesses to close.

Moreover, the country's educational institutions have been closed while employers have been urged to allow people to work from home as much as possible.

According to Skvernelis, the quarantine must remain in place because the coronavirus outbreak has not yet reached its peak in Lithuania.

“Another two weeks is the minimum period. Whether or not we have to extend it further will depend on all of us,” the prime minister said. “If we act irresponsibly, we will have a situation like in Italy or Spain.”

The Cabinet on Wednesday also reviewed its crisis management system. 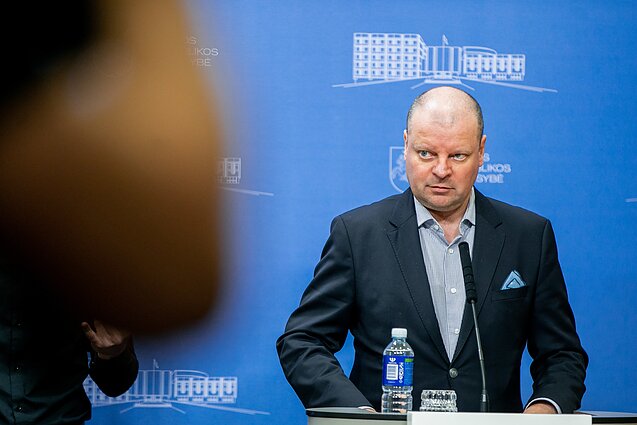 “A special government committee involving key ministers will start functioning,” Skvernelis said. “Its function will be to coordinate the whole coronavirus management situation, including bringing in medical experts, and [dealing with] logistics, financing, cybersecurity and other issues.”

Stončaitis and Energy Minister Žygimantas Vaičiūnas were appointed as deputy heads of the committee which will include nine other ministers “directly involved in day-to-day crisis management”. 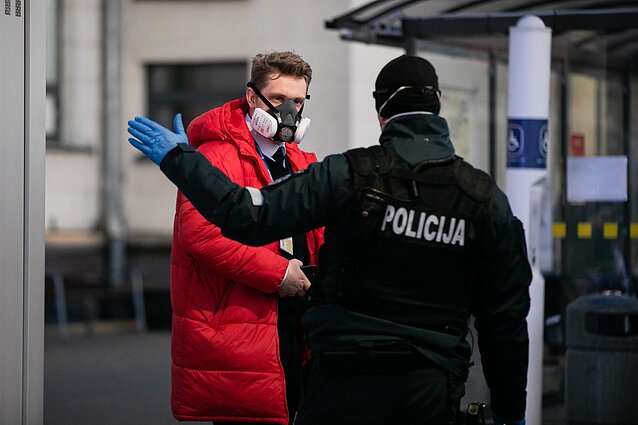 People returning to Lithuania as of March 24 will be placed in mandatory 14-day quarantine. / J. Stacevičius/LRT

The Cabinet on Wednesday also instructed people not to visit parks and other outdoor public spaces in groups of more than two, except for members of the same family, to follow social distancing and hygiene guidelines, to avoid physical contact, and to send only one person to shop for a family.

It also added the recommendation for people to wear protective face masks or respirators, or otherwise cover their noses and mouths in public.

After the period given for foreigners to transit Lithuania ends on Thursday, they will only be able to cross the country in organised convoys, if necessary. 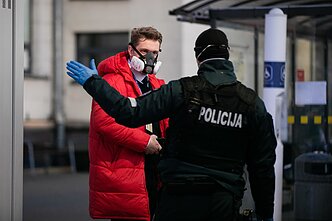