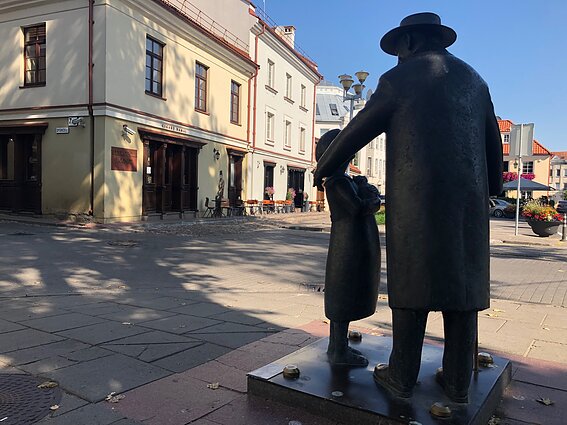 Born in Vilnius, Doctor Tsemakh Shabad (1864-1935) spent almost his entire life in this city, taking care of the ill and eventually becoming a prototype for a popular children’s story character, the Eastern European Dr. Dolittle.

His life was an inspiration to many, not least the writer Korney Chukovsky (1882-1969). He created the popular children’s stories character Doctor Aibolit (1925) whose prototype, according to the author, was none other than Doctor Shabad.

In his memoir, Chukovsky recalls: “I came up with the idea to write this story when I met Doctor Aibolit in Vilnius. To tell you the truth, the name of this doctor was Shabad. He was the best person I had ever known.”

Doctor Aibolit has many similarities with Doctor John Dolittle, a character created by Hugh Lofting (1886-1947) a couple of years earlier.

Shabad embraced Vilnius with his social, educational and charitable activities, and devoted particular attention to children, the impoverished and the ailing. After graduating from a science school for boys, he continued his education in the prominent Ramailė yeshiva and, in 1881, went on to study medicine at Moscow University. 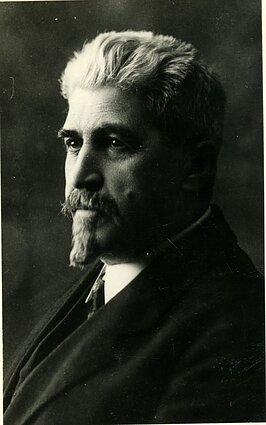 Shabad received his doctorate in medical sciences for researching diabetes in 1894. Upon returning to Vilnius, he worked in a local Jewish hospital and took part in establishing many significant institutions.

Among the most important ones was the Vilnius branch of the Society for the Protection of Health of the Jewish Population (OZE), which provided healthcare and was engaged in charitable activities, hygiene education and published medical journals People’s Health and Be Healthy.

Upon Shabad’s initiative, the city had a nursery, a health facility for school-aged children, other healthcare institutions and affordable canteens. He insisted – and achieved – that each school should have a doctor. For poor families, this school doctor was the only access to healthcare.

He also started a campaign entitled “Drop of Milk” for hard-pressed women with children – they would be given milk, food and clothing for free. 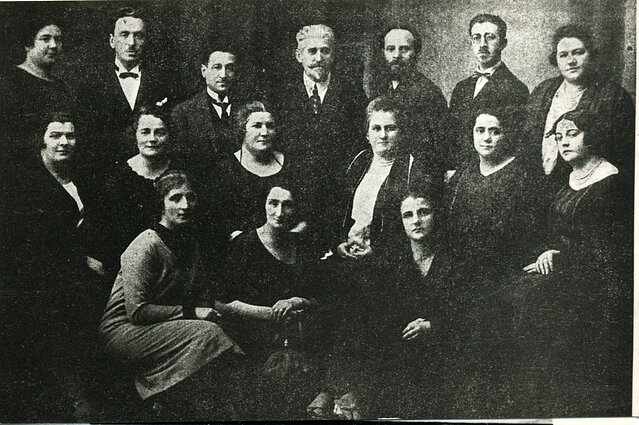 The Women's Committee that operated alongside the Board of the OZE organization in Vilnius (Vilna). Picture taken before 1919 when the city came under Polish control. Dr. Tsemakh Shabad is seen standing in the top row, centre / Ghetto Fighters House Archives

Apart from medicine, Shabad devoted considerable time to science. A fervent enthusiast of education in the Yiddish language, he coined a number of new medical terms. Shabad was also the founder of one of the most important Jewish science institutions, YIVO.

When Shabad died, a monument was erected in the yard of the OZE children rehabilitation centre with an inscription on it read “Tsemakh Shabad. The greatest friend of children”.

Today, a statue of Tsemakh Shabad stands on the corner of Mėsinių street and Dysnos street. It was designed by the sculptor Romas Kvinta and unveiled on May 16, 2007, on the initiative and funding by the Litvak foundation. The sculpture depicts the old doctor interacting with a girl who holds a kitten. 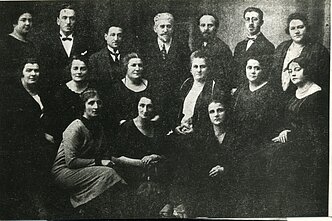 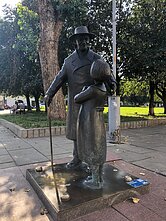 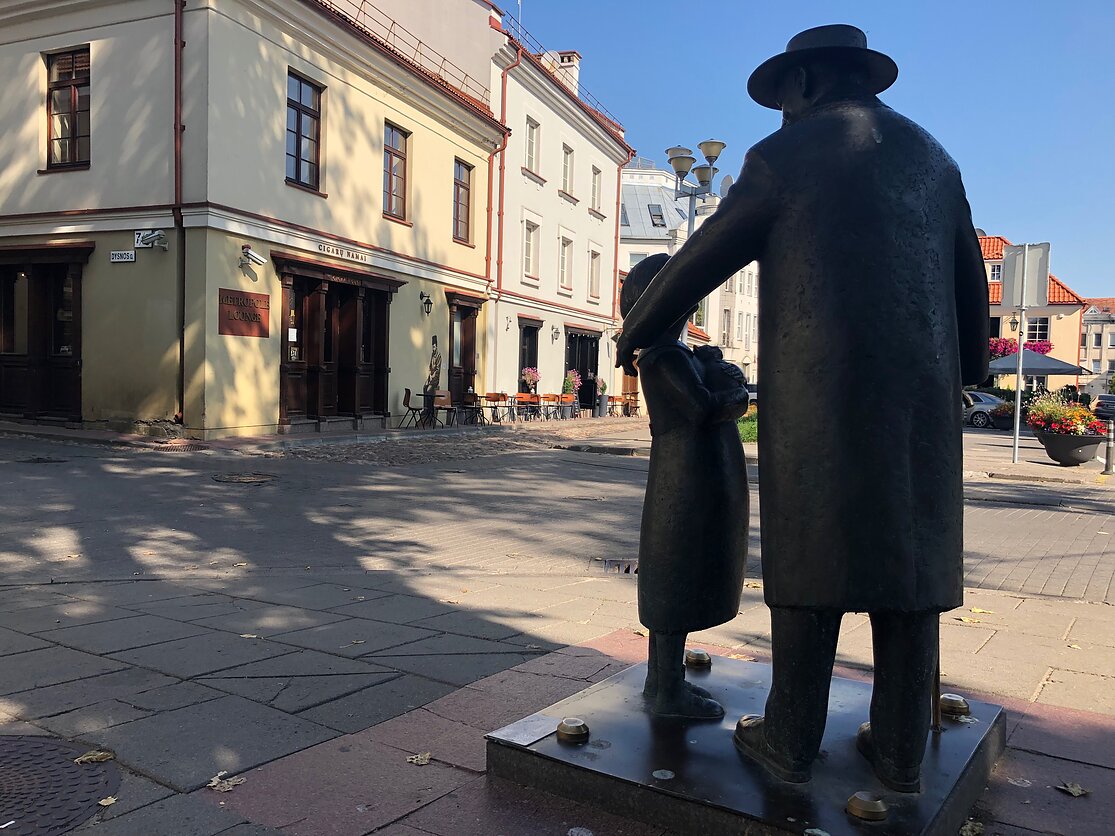 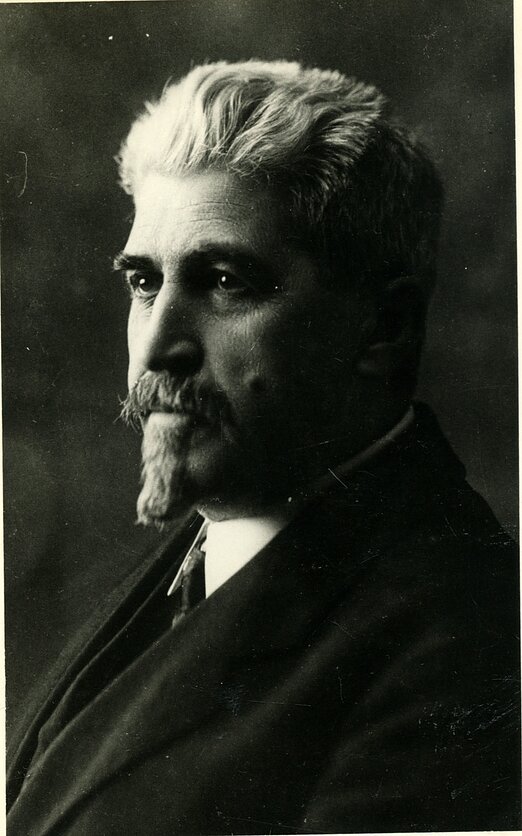 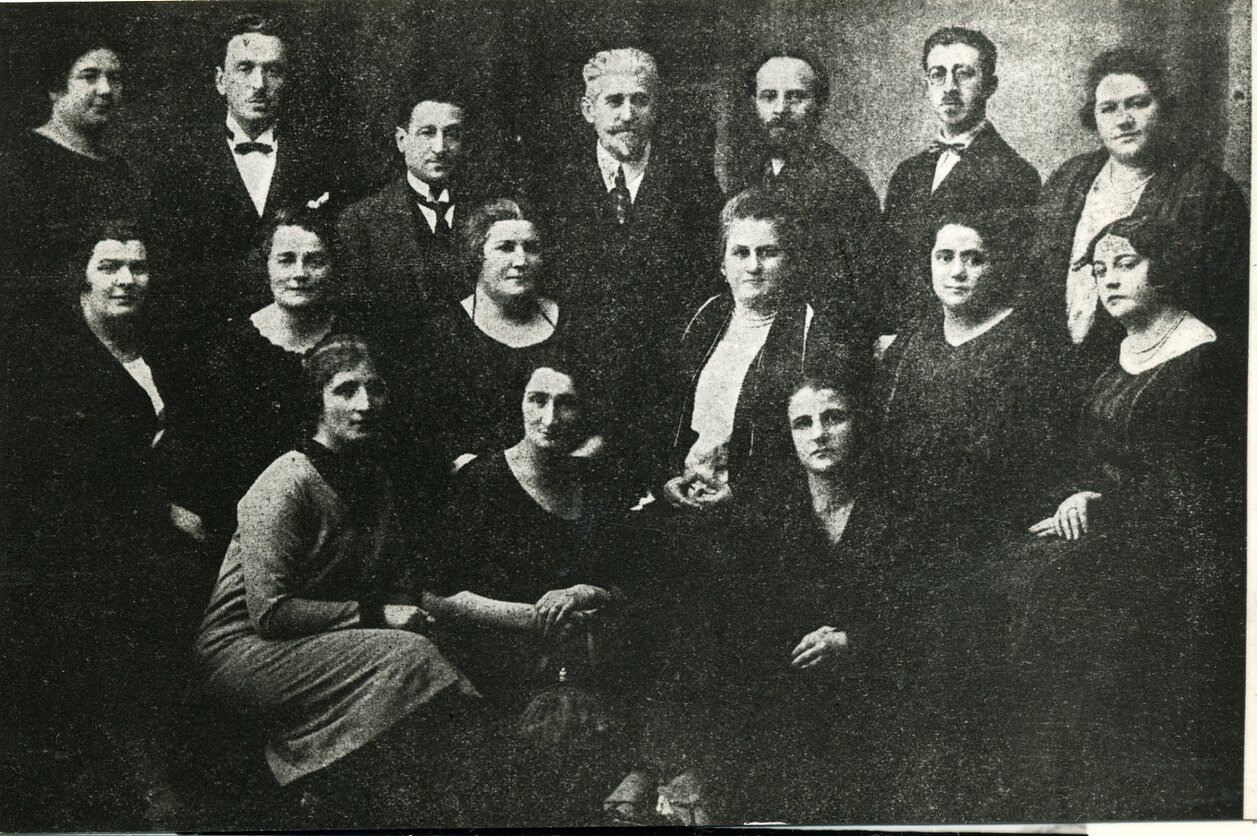 The Women's Committee that operated alongside the Board of the OZE organization in Vilnius (Vilna). Picture taken before 1919 when the city came under Polish control. Dr. Tsemakh Shabad is seen standing in the top row, centre
3 / 5Ghetto Fighters House Archives 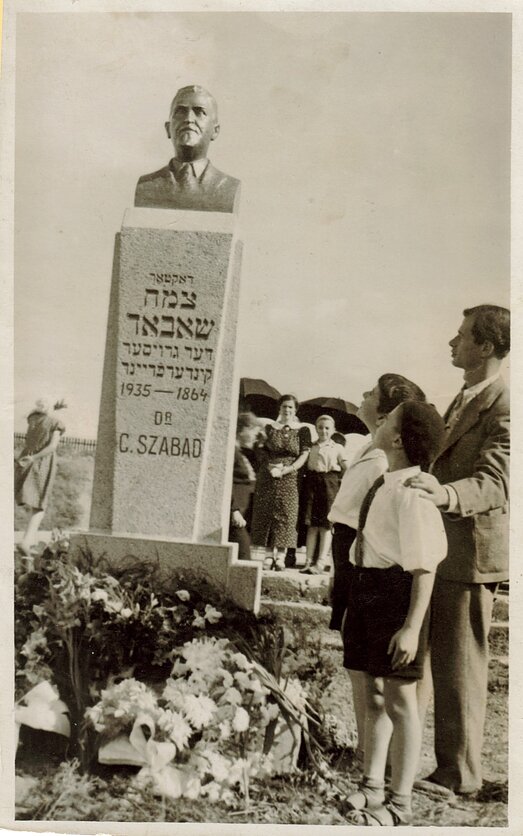 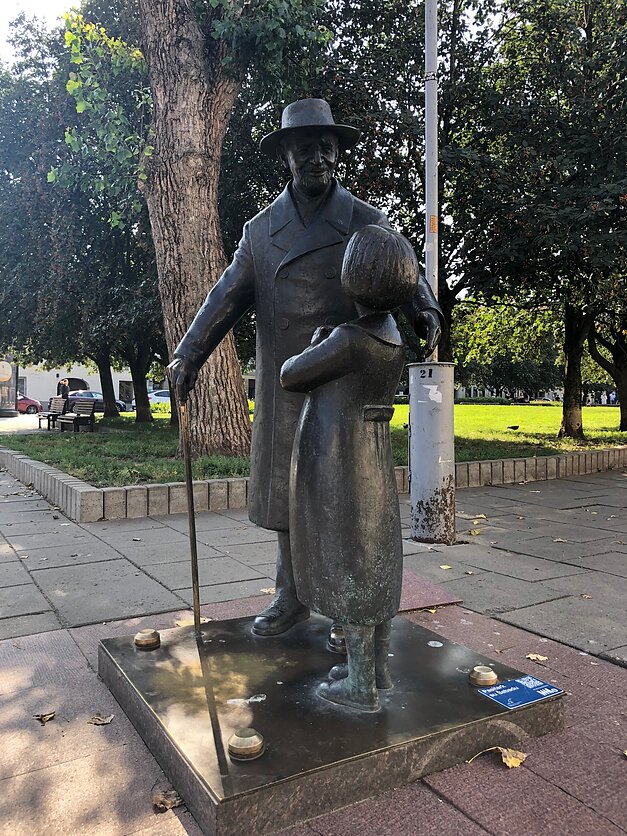