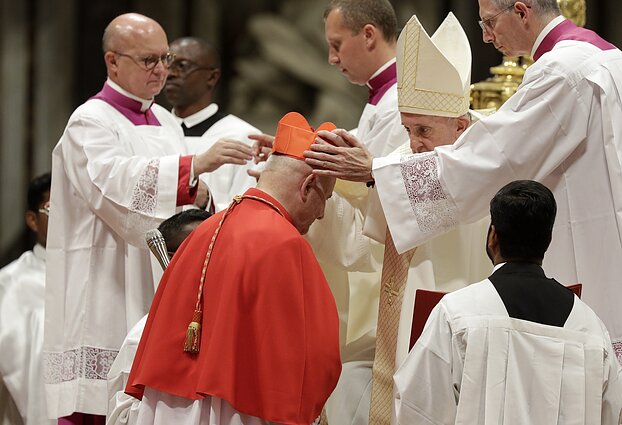 Kaunas Archbishop emeritus Sigitas Tamkevičius was one of the 13 new cardinals appointed by Pope Francis in a Vatican ceremony on Saturday. Tamkevičius is only the fourth Lithuanian to don the red robe since the first predecessor in the 16th century.

The thirteen new cardinals come from countries such as Democratic Republic of the Congo, Angola, Indonesia, Morocco, Cuba or Guatemala – representing “the Church's missionary outreach and universal character,” according to Vatican News.

Pope Francis met Tamkevičius during his visit to Lithuania in September 2018. The two paid a visit to a museum housed in former headquarters of the Soviet secret police, the KGB. Tamkevičius and dozens other Catholic priests were imprisoned there during the Soviet occupation of Lithuania.

“By appointing me cardinal, I believe, the pope paid tribute to everyone who suffered over the 50 years,” Tamkevičius commented. 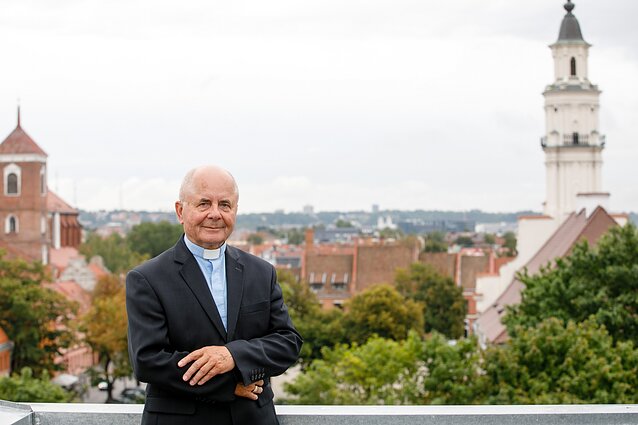 According to historian and Lithuania's former ambassador to Vatican Vytautas Ališauskas, Pope Francis puts great importance on expanding the church geographically and appointing a Lithuanian cardinal is part of the effort.

“Lithuania is one of those frontiers, something he [Pope Francis] always talks about,” Ališauskas tells LRT TV.

In addition to church regalia, each new cardinal is given a church in Rome. Tamkevičius will be the cardinal-protector of Sant'Angela Merici church where he will occasionally have to hold services.

The college of cardinals is the pope's advisory body. They are also in charge of appointing a new pontiff once the old one passes away. However, only cardinals who are 80 and younger on the day of a pope's death can participate in conclaves. Tamkevičius turns 81 next month. 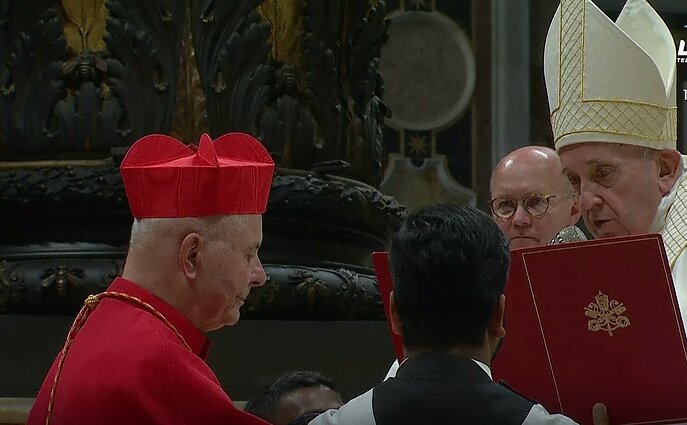 One of the first people to congratulate the Kaunas archbishop emeritus was Cardinal Audrys Juozas Bačkis.

The first Lithuanian to be appointed cardinal was Jerzy Radziwill in 1583 by Pope Gregory XIII. Second was Bishop Vincentas Sladkevičius only four centuries later. He was elevated to the cardinalate in 1988 by Pope John Paul II. 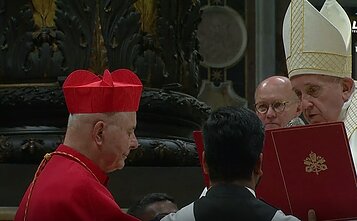 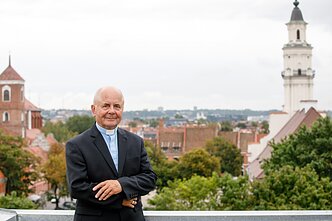 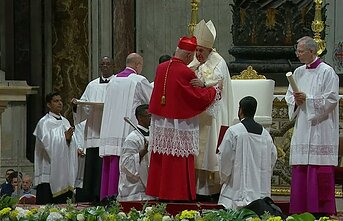