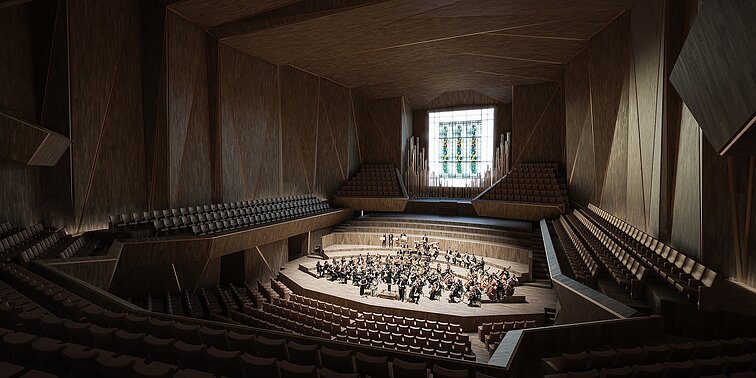 Arquivio Architects from Spain were chosen from around 250 architectural firms to build the National Concert Hall in Vilnius on Tauras Hill, according to a press release.

The design incorporates several structures on Tauras Hill interconnected by an open ground floor, creating a “green corridor”, and setting up a large and a small concert halls in the building.

“The idea for a 'Home of a Nation', envisioned by [Lithuanian] state creators 100 years ago, is becoming a reality," said Lithuanian Culture Minister Mindaugas Kvietkauskas.

The project, he said, serves "as a link between 1918 and Lithuania today," and is "the embodiment and evolution of continuity".

According to Vilnius Mayor Remigijus Šimašius, "after more than 100 years, all of us will implement the idea of our nation's patriarchs."There will be spectacular, world-renowned cultural events in the concert hall, and this space can become the focal point of European culture”.

The former Trade Union Palace built during the Soviet-era on top of Tauras Hill will be demolished.

The other 247 architectural designs submitted for the competition came from the US, Japan, Germany, Great Britain, New Zealand, Finland, China, Brazil and other countries, while 21 Lithuanian architectural companies also submitted their entries.

“Our work is like basketball – it requires a lot of quality work, a lot of skills and success. Let this achievement be our gift to the city of Vilnius and the entire country,” said Daniel Fraile from Arquivio Architects.

Member of the international jury, Xander Windsant, said that "when evaluating the designs, we were well aware of the fact that this is a historic moment for the city of Vilnius".

According to the terms of the competition, the new building will have a great hall with up to 1,700 seats and a small hall seating 500 people, as well as cafes, a lobby overlooking the Vilnius' skyline, and spaces for various cultural activities.

The total cost of the project is set at 52 million euros. Arquivio Architects received 60,000 euro prize for the winning design.

Vilnius now aims to have an agreement for the technical design of the hall signed with the Spanish firm as soon as this year, according to the press release.

The public is invited to see an exhibition with all 248 architectural ideas at T Park in Pelesos street 1. The exhibition will continue until October 13, and is open Monday to Friday, from noon until 20:00, and on weekends from 10:00 until 17:00. 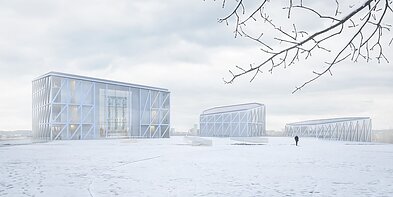 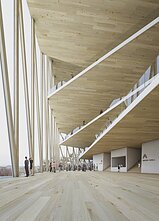 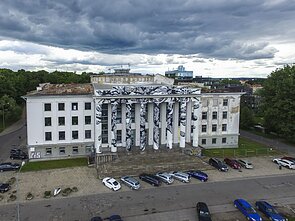 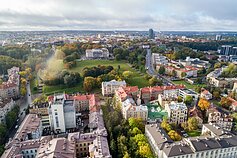 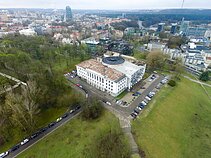 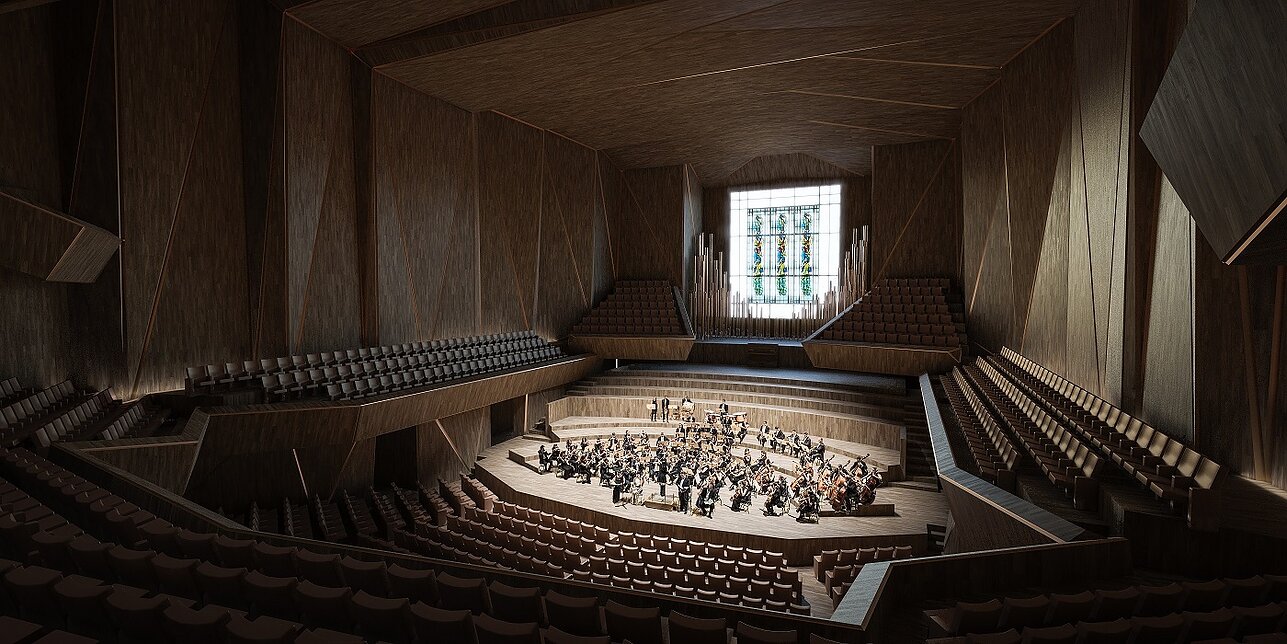 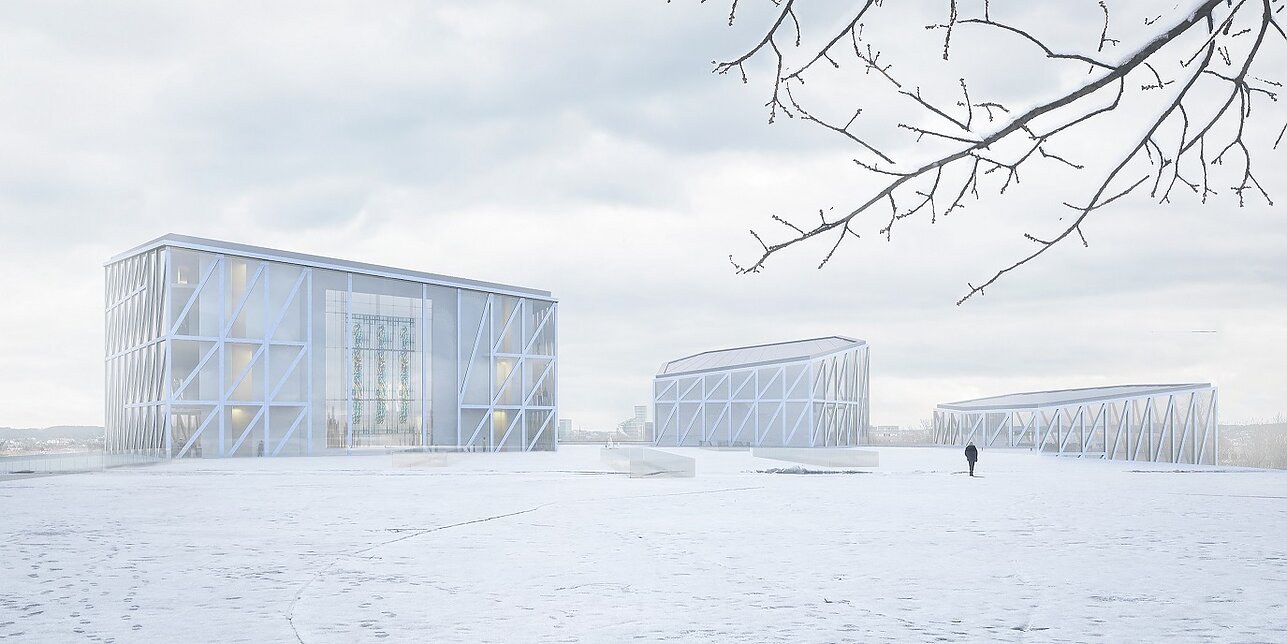 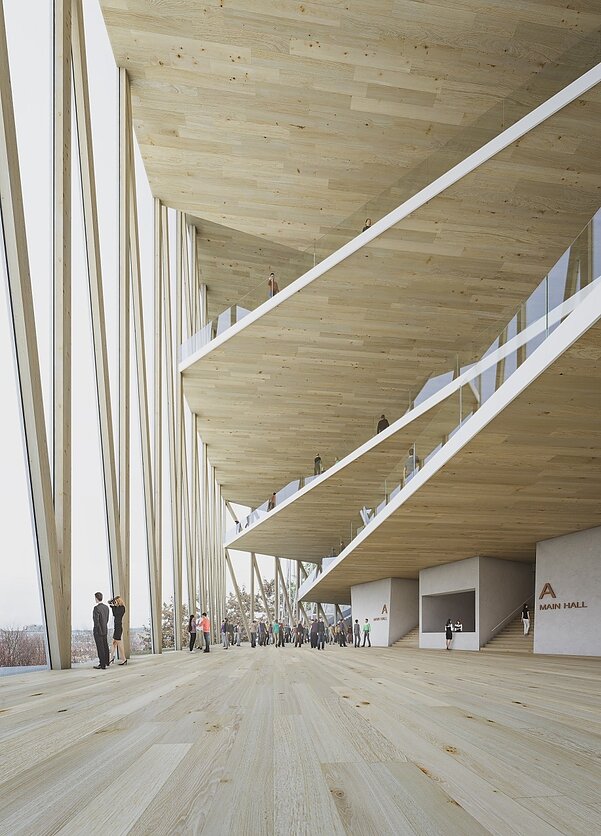 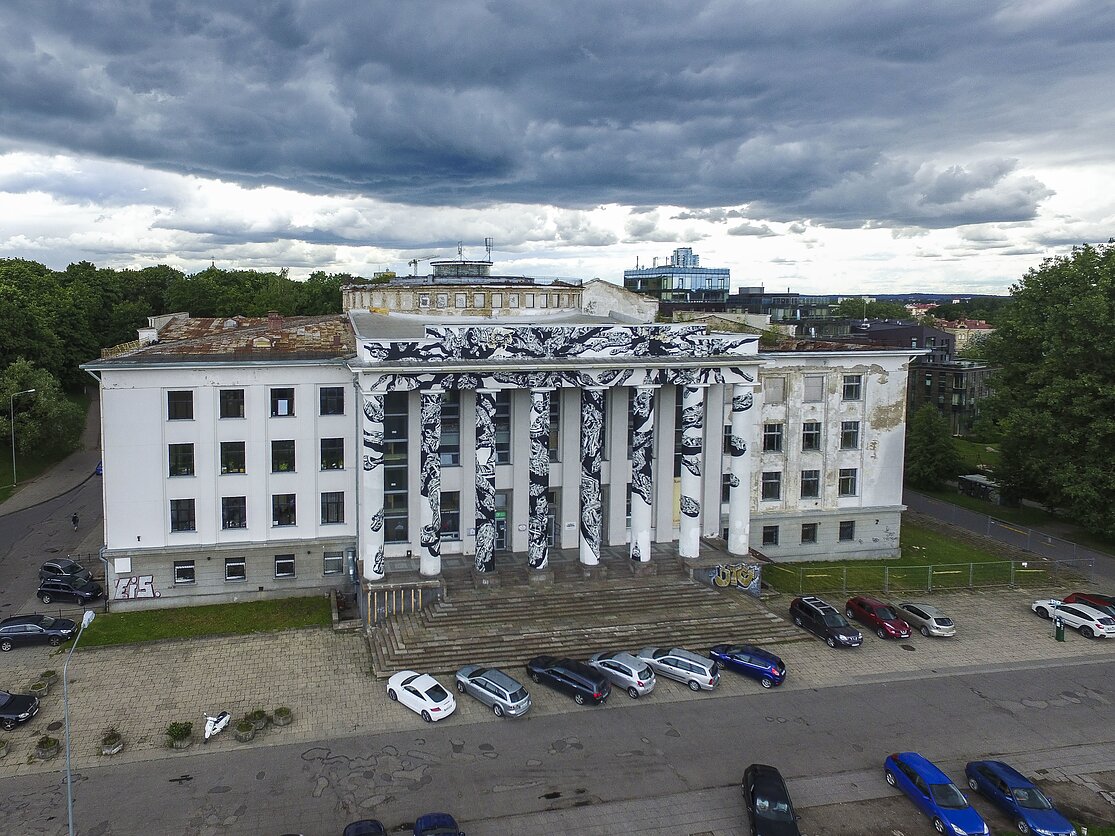 The new concert hall will be built on Tauro kalnas (Tauras' Hill) in central Vilnius, instead of the current Soviet-era building
5 / 7BNS 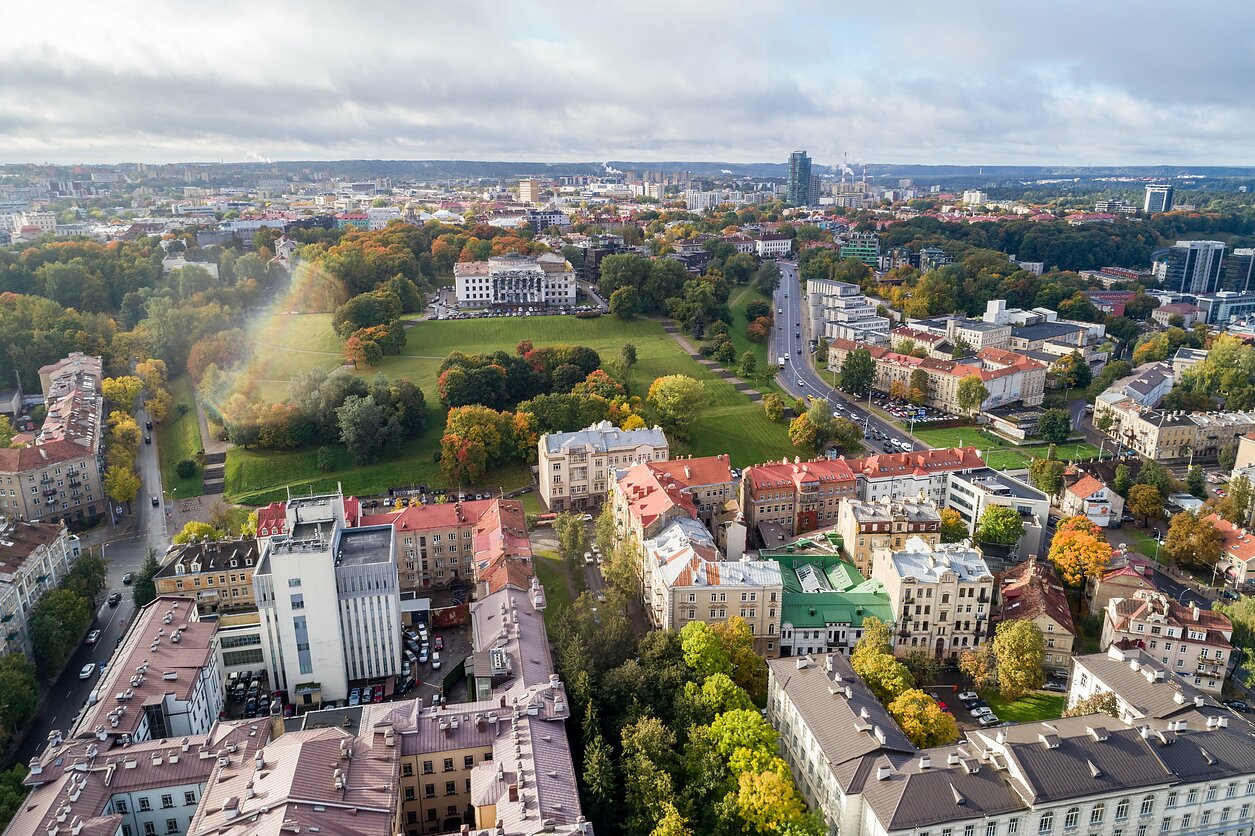 The new concert hall will be built on Tauro kalnas (Tauras' Hill) in central Vilnius, instead of the current Soviet-era building
6 / 7Vilnius City Council 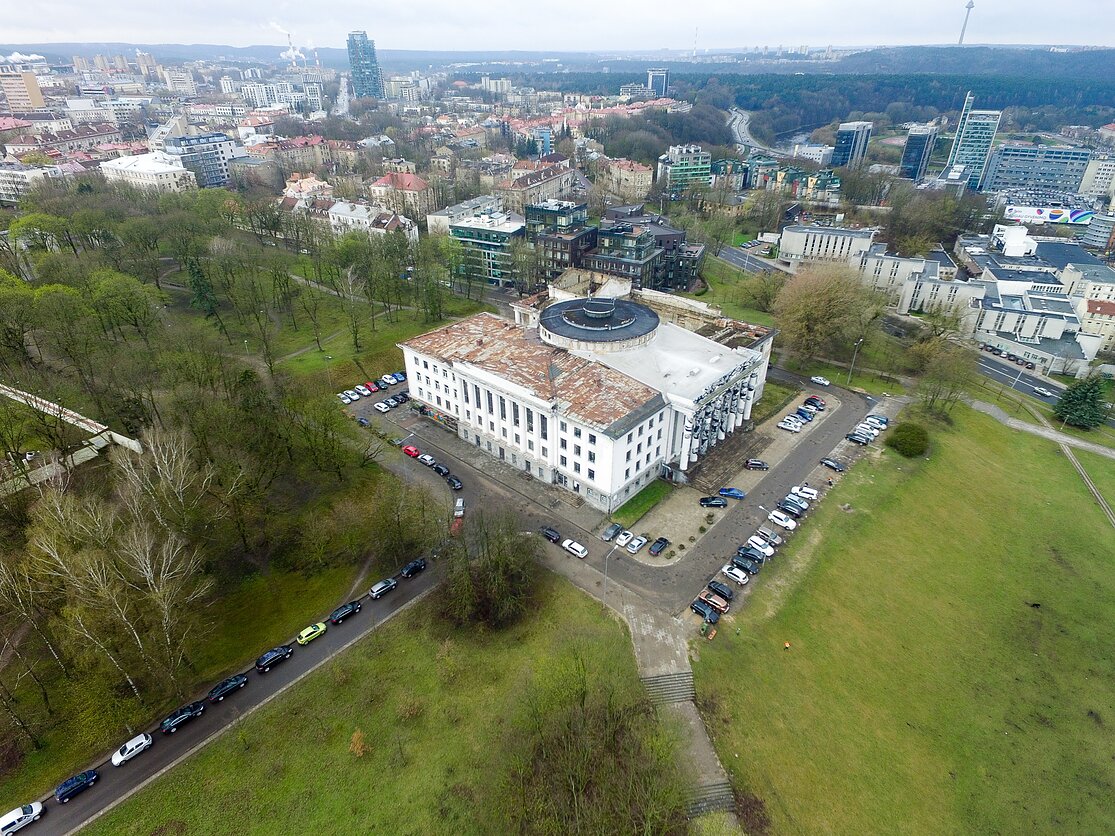 The new concert hall will be built on Tauro kalnas (Tauras' Hill) in central Vilnius, instead of the current Soviet-era building
7 / 7Lukas Balandis