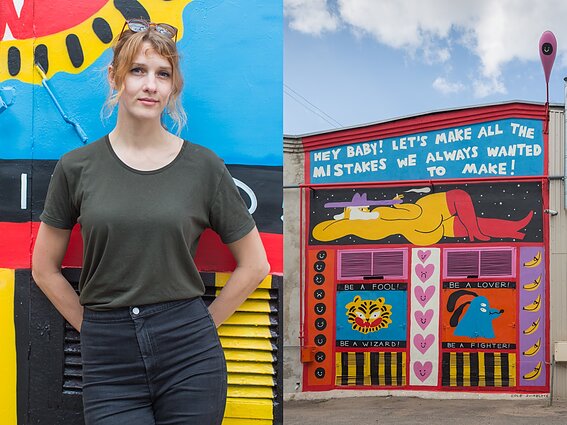 The city of Vilnius continues to integrate street art into its cityscape by expanding its Open Gallery with nine new murals. The Dutch artist duo TELMO MIEL and up-and-coming Lithuanian artist Eglė Žvirblytė are among the new highlights in the open-air, round-the-clock open gallery, according to a press release.

Open Gallery is a long-term interdisciplinary project in the post-industrial Naujamiestis district of Vilnius. Aimed at reinvigorating the formerly decaying neighbourhood with art, the Open Gallery showcases murals, installations, and sculptures, hosts performances and non-commercial cinema.

“The idea behind the Open Gallery is to show how art can help transform entire industrial quarters, as everything – from the roofs to the walls – can act as platforms for creators,” says one of the founders, Živilė Diawara.

“Often, an artist’s task is to express transformation, revival, all kinds of freedom. By creating their art here, the artists completely change the face of a former Soviet industrial territory. 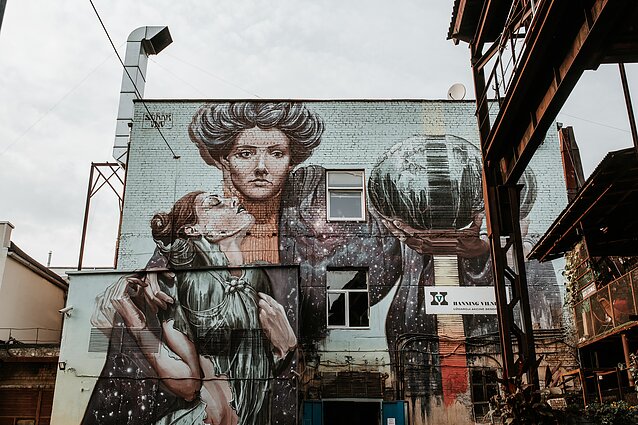 The Good Man of Freedom, by Sokar Uno / Open Gallery

“Compared to what was here before, the change is enormous. When we first started developing our projects here, I told my friends that only art could save this place. They were laughing, but it is happening.”

Besides Eglė Žvirblytė and TELMO MIEL, seven other artists have contributed their works to the Open Gallery. In all, it will now contain 34 pieces of street art. The gallery displays a range of styles and techniques, from graffiti-style art to genre-bending abstract works.

TELMO MIEL, the Dutch artist duo of Telmo Pieper and Miel Krutzmann, says their piece is about change. 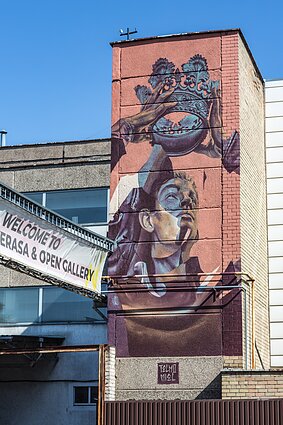 “As the city is reviving the area, we were asked to create an art piece that would speak of this process of change. To do so, we decided to do a mural of a modern boy with a classic crown on his head. It shows how the next generation is leading the charge into the future.”

After years of studying, living and working abroad, the artist was excited to create a large-scale artwork in her hometown.

“While I was making a sketch for the mural, I asked myself: ‘What do I want to say to the place that I come from?’” commented Žvirblytė. “So I looked at myself growing up here, thinking about all the personal walls I had to break through: the anxieties I had, the mistakes I made, the fears I’ve conquered. In the end, the lesson is that it's only our own ideas that limit us. So my artwork says: go ahead and make all the mistakes you want to make! That's the only way to grow.” 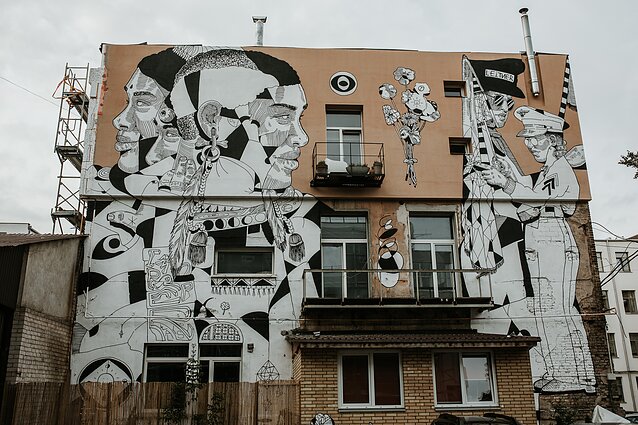 The spread of street art in the Lithuanian capital doesn‘t stop in Naujamiestis. New murals continuously appear around the city, in the ‘independent artist republic’ of Užupis and the Stoties neighbourhood.

Diawara and the team behind Open Gallery are also responsible for LOFTAS, a former radio factory-turned-arts venue, where concerts, performances, conferences, and festivals are organized all year round. One of the highlights of the LOFTAS calendar, the inner city music and arts festival LOFTAS FEST will take place on September 13-14. 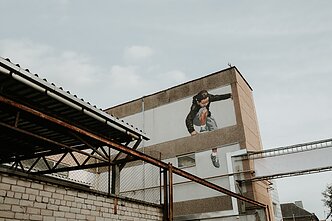 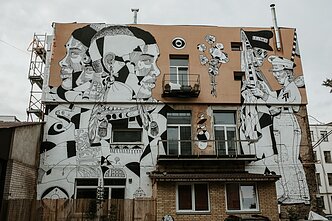 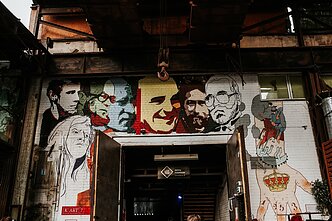 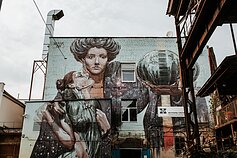 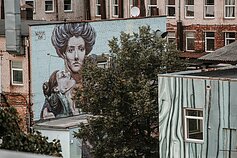 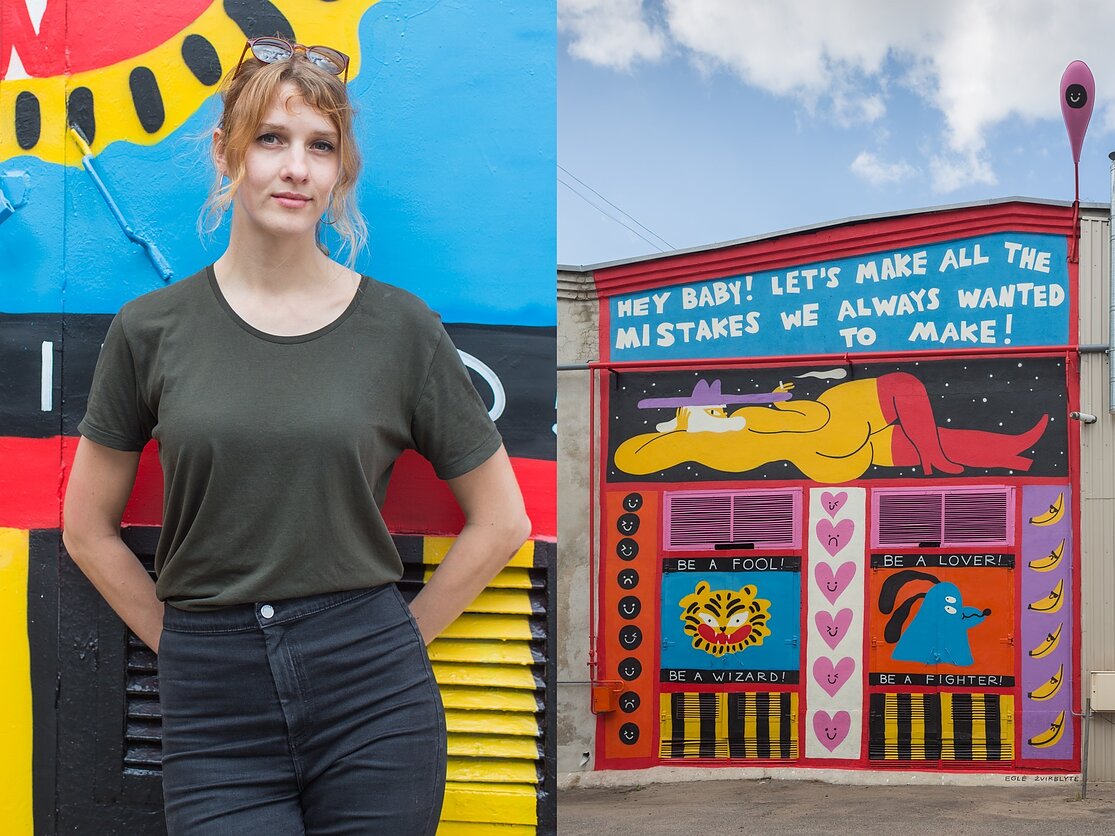 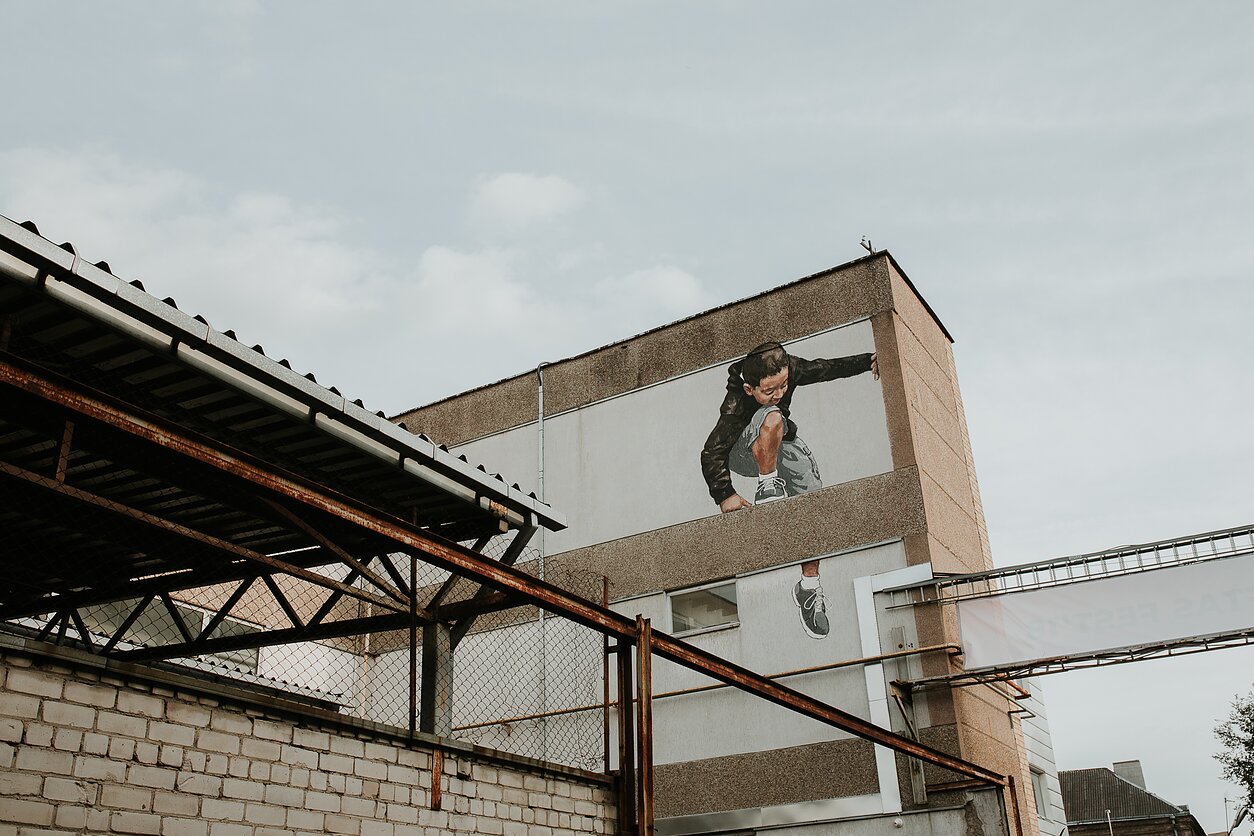 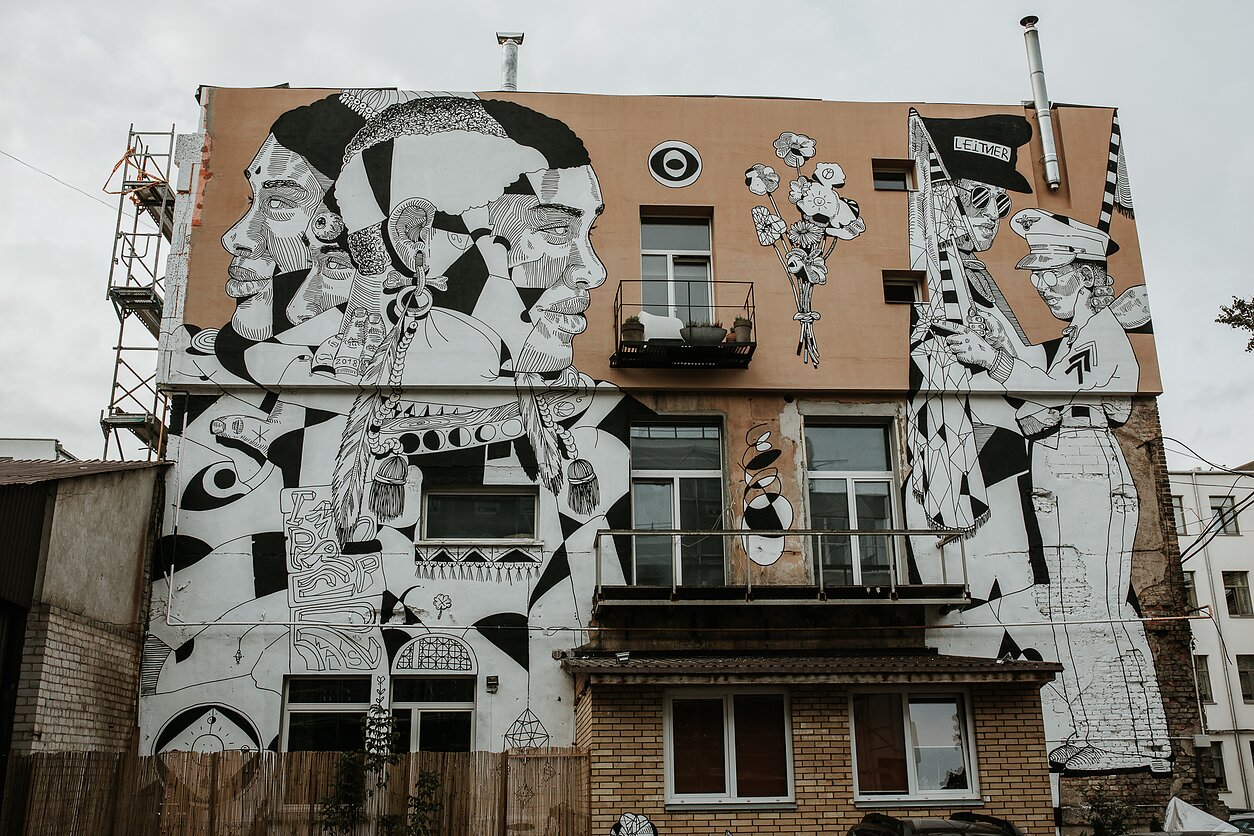 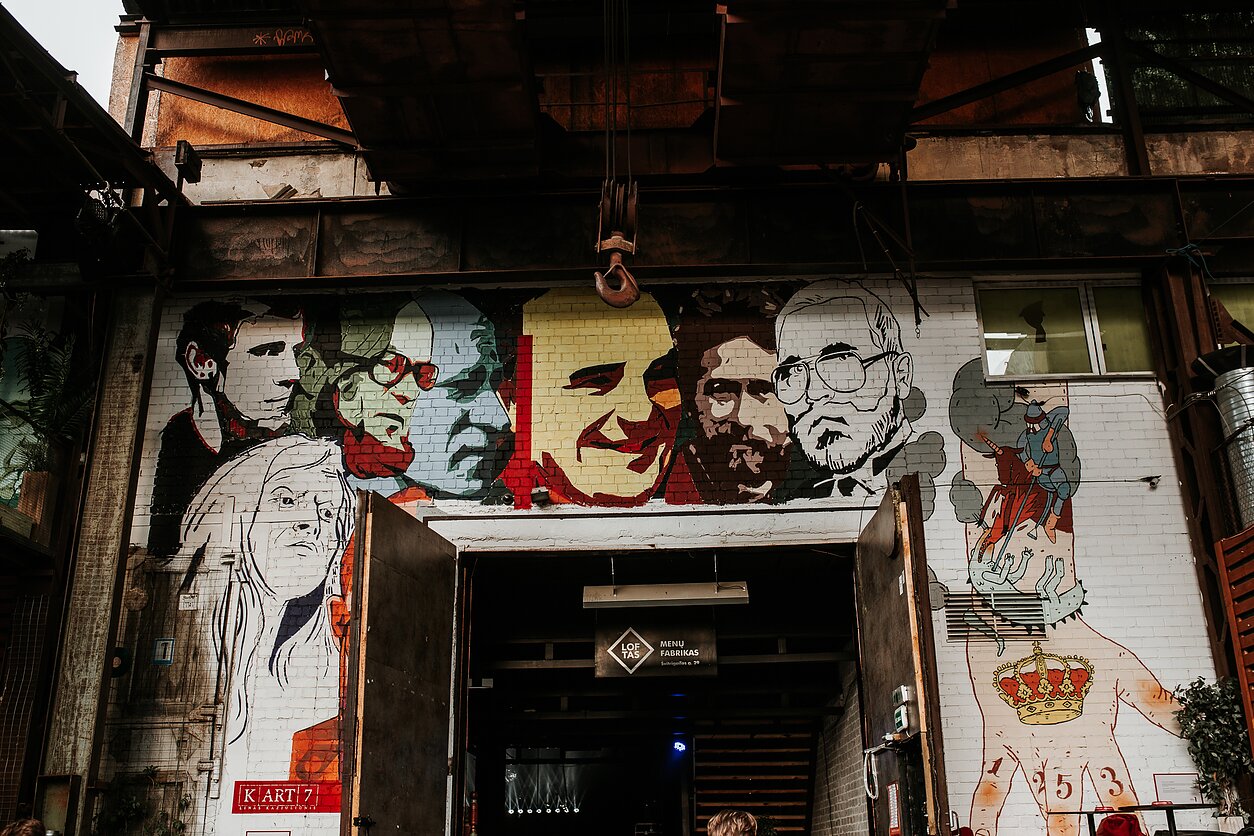 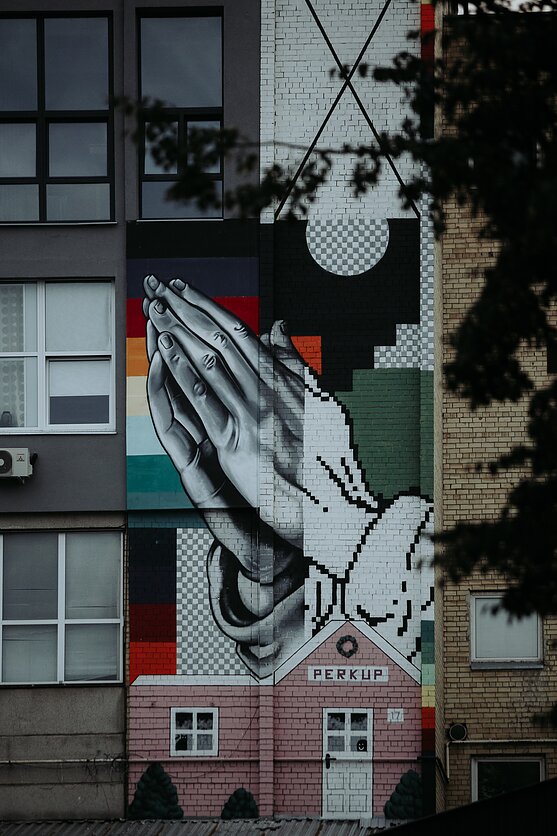 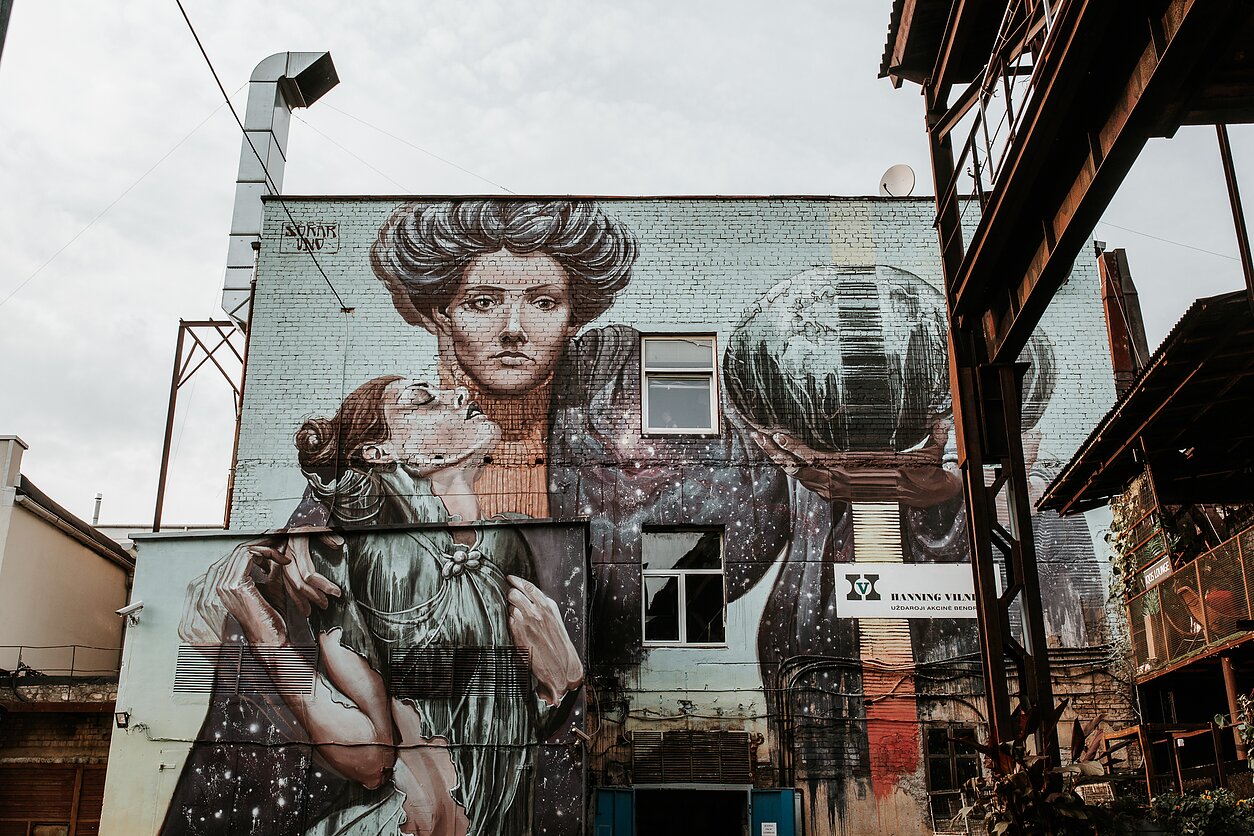 The Good Man of Freedom, by Sokar Uno
6 / 11Open Gallery 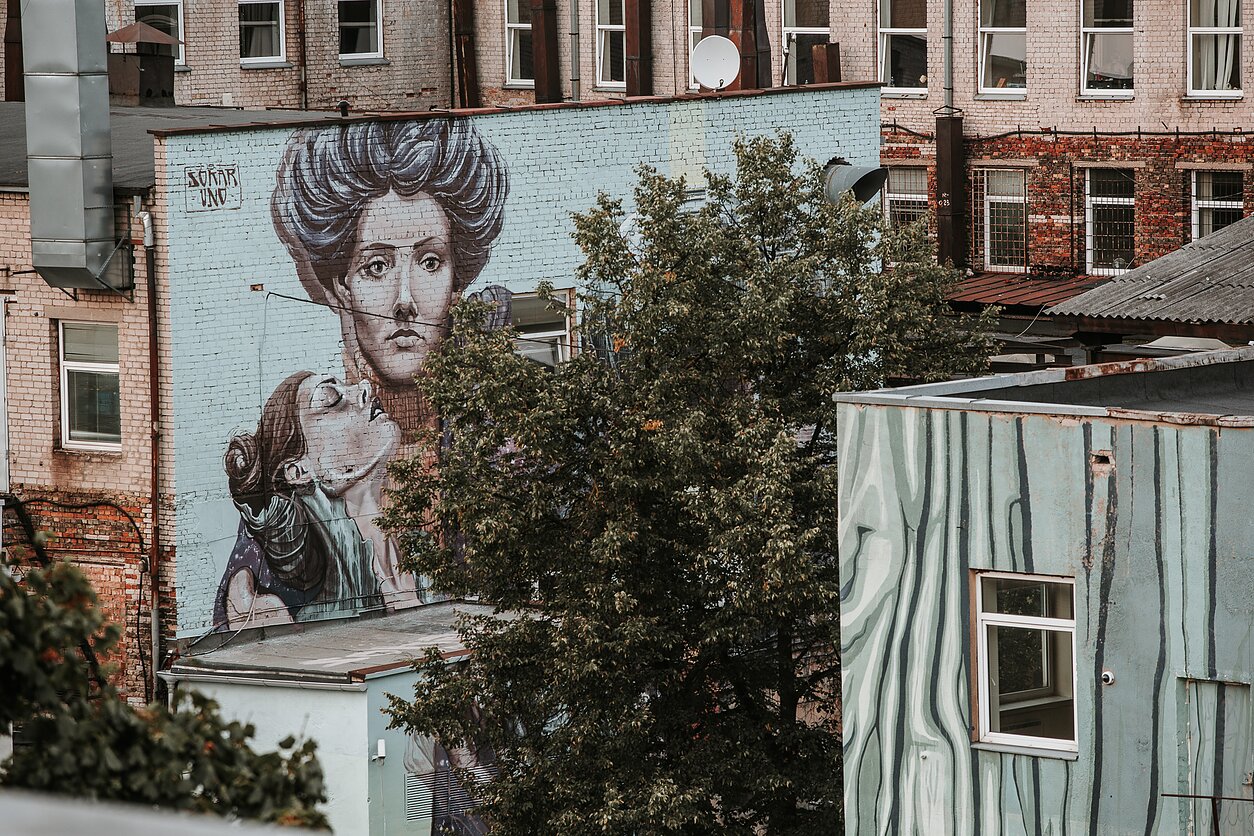 The Good Man of Freedom, by Sokar Uno
7 / 11Open Gallery 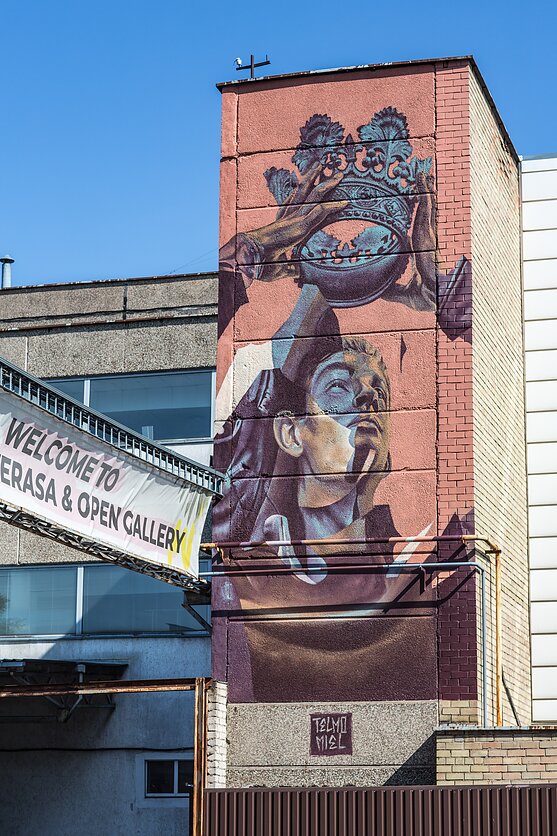 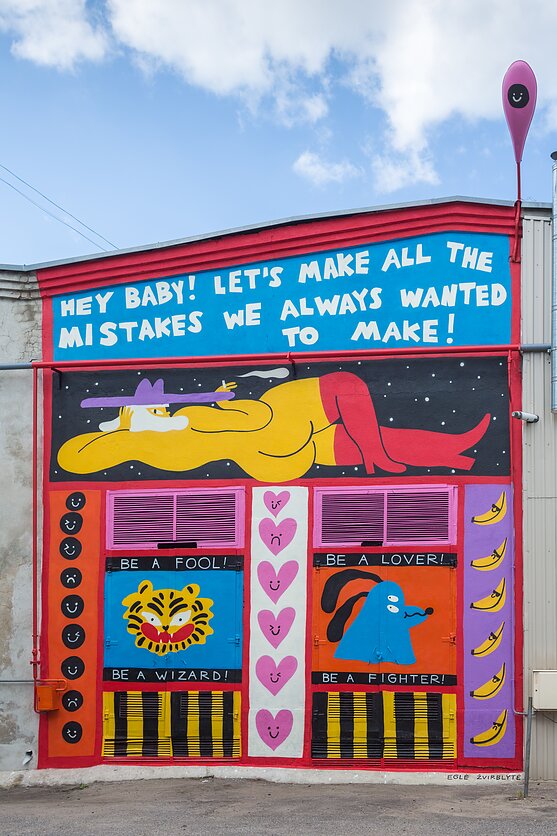 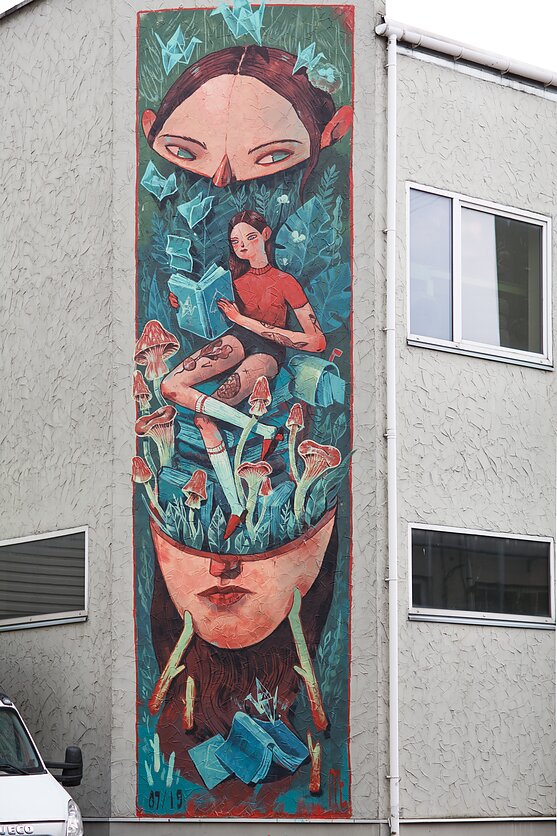 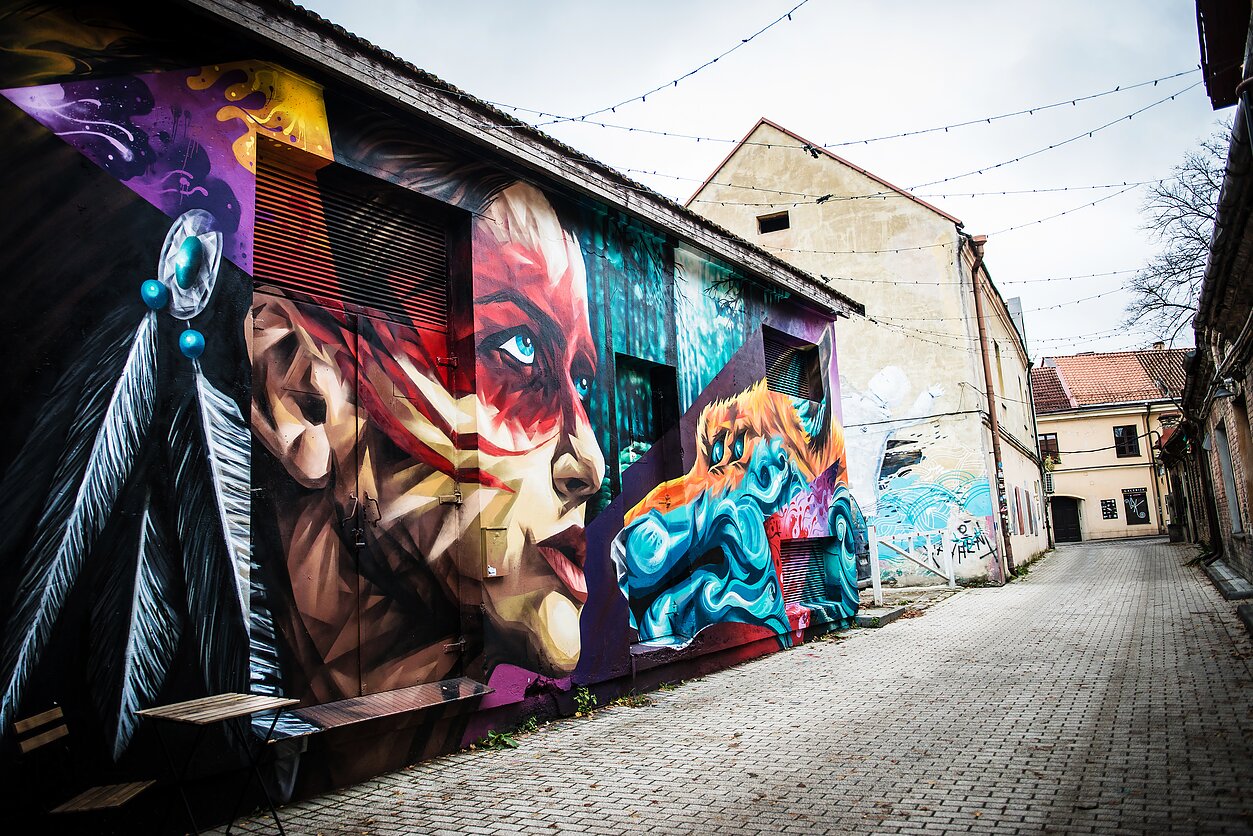