Controversial MP Gražulis to have his legal immunity removed 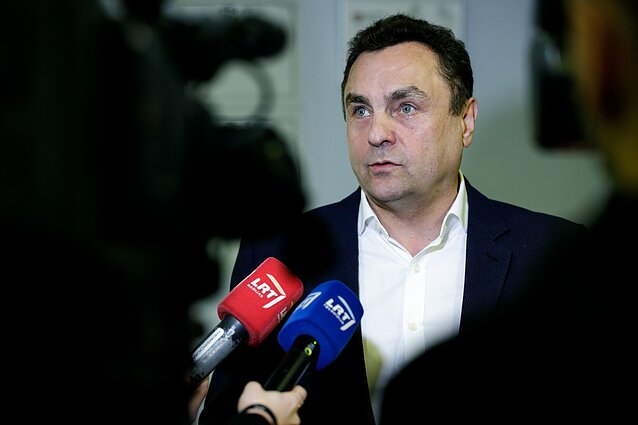 Lithuania's Prosecutor General Evaldas Pašilis on Tuesday signed a request to the country's parliament to prosecute MP Petras Gražulis or restrict his freedom other ways.

The decision was made in response to evidence collected during a pre-trial investigation into alleged abuse of office, fraudulent bookkeeping, influence peddling, document forgery and bribery, the prosecution service said.

"Based on evidence officers have, there are grounds to believe that MP Grazulis, acting in the interest of joint stock company [Judex] from May, 2015 until the summer of 2015 and seeking financial benefit, allegedly abused his position as an MP, leading to major damage to the state," prosecutors said.

According to the prosecution service, Gražulis refused to testify as a special witness.

Also on Tuesday, the prosecutor dropped the investigation in the part related to alleged abuse of office and document forgery by Jonas Milius, former head of Lithuania's State Foods and Veterinary Service, "due to lack of signs of criminal activity in his actions".

According to the prosecutor, upon receipt of responses from Russia and also other data, it was concluded that information on documents from Russia's veterinary service and other documents matched with those on documents of Lithuanian institutions and services. Thus, the initial suspicions of document forgery were dismissed.

Currently, suspicions are brought against only one person, former managing director of the company involved, as part of the ongoing pre-trial investigation.

It was stated earlier that Gražulis might have attempted to influence the State Foods and Veterinary Service to not issue penalties to Judex, a Kaunas-based producer of frozen products, for violations.

Carrying out its own investigation, the Special Investigation Service said earlier the existing evidence allows to suspect that managers of the producer of frozen products sought to avoid penalties that are usually issued for violations of safety, packaging, marking, hygienic and other violations and sought to bribe responsible specialists or persons who might have influence on those specialists.

Gražulis was earlier questioned as a special witness and then admitted that he asked for the sacked State Food and Veterinary Service director Milius' assistance regarding Judex. Nevertheless, he claimed to have done that to assist Lithuanian business and not due to his alleged ties with the company.

The investigation was launched in 2016 after harmful substances were found in Judex products.

"If I felt guilty, I would have asked the Seimas to lift my immunity, but today I think it's political persecution," Gražulis said.