BC Rytas Vilnius president resigns under pressure from fan group 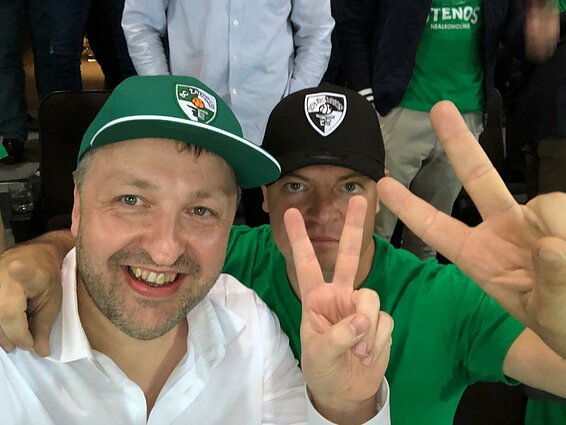 BC Rytas president Antanas Guoga has announced he is leaving the basketball club after getting in a spat with fans over cheering for a rival club.

He announced his resignation in a Facebook post, saying the move was demanded by the Vilnius club's fan group B Tribūna.

Guoga, the businessman-politician who once owned BC Rytas, was spotted on Tuesday cheering for another team, BC Žalgiris Kaunas, during a Euroleague match with Fenerbahçe (Istanbul).

Guoga was wearing a Žalgiris hat and later posted on Facebook that the Kaunas club was an all-Lithuanian team and he saw no reason not to support it in an important game.

This did not go well with the B Tribūna. The fan group published a statement on Thursday, calling for Guoga's resignation.

“In a game where entire Lithuania supports BC Žalgiris Kaunas, I do too. And I see no reason not to, I've always been and will be a fan of Lithuanian teams and beautiful basketball. If Vilnius fans have a problem with it, I'm leaving, pick a president who hates Žalgiris. Good luck. This post is the official statement that I am resigning as the president of Rytas Vilnius on B Tribūna's request,” Guoga's Facebook post reads.

Guoga became the club's president in summer 2017, replacing Gedvydas Vainauskas who resigned over a racism scandal.

He briefly left the post in October 2017 and sold his stake in the club to Darius Gudelis.

Last year, however, Guoga, who is a member of the European Parliament, was re-appointed president after giving financial support to Rytas.